9 Awesome Free Things to Do in Dunedin 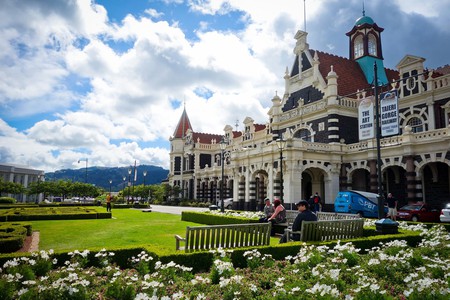 With its beautiful landscapes, cultural treasures and chilled out vibe, Dunedin is a great place to embrace New Zealand’s simplest pleasures for free.

Whether you’re an avid hiker, wildlife lover or an architecture enthusiast, there’s an array of free attractions in Dunedin to delve into. Here are nine awesome activities you can readily enjoy in this South Island city without spending a single cent.

Visit the local museums and galleries

One of Dunedin’s best assets is that its museums and galleries are free for everyone. A trip to the Otago Museum will unveil a vast collection of historical and scientific artefacts from around the globe. For a close glimpse at the lives of the wider Otago region’s various settlers, from early Maori to European and Chinese, the Toi Itu Otago Settlers Museum is the place to visit. Art aficionados will feel right at home at Dunedin Public Art Gallery, where they’ll encounter some of the country’s most comprehensive art collections. The gallery features a wide range of paintings, sculptures and decorative artworks from New Zealand and abroad, dating from the 1860s until contemporary times. 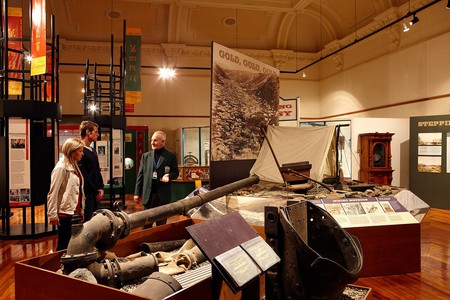 Go on a street art trail

In recent years, Dunedin has experienced a street art revolution – in fact, new murals are popping up around town all the time. There’s everything from surreal characters to historically inspired artworks, and even a slightly contentious ode to Ed Sheeran. Many of these were etched by local street artists, though a few international names like Phlegm (from the UK) and Hyuro (from Argentina) have also chipped in with their unique creations. Dunedin Street Art has a map of the main murals to be on the lookout for. 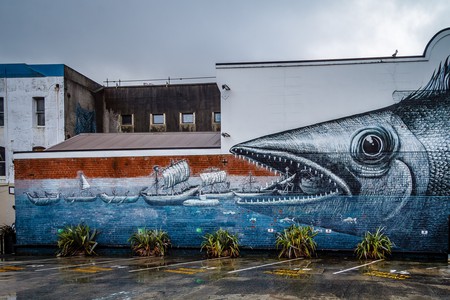 One of the murals by UK street artist Phlegm in Dunedin, New Zealand | © Graeme Scott/Flickr

Explore the city’s many architectural treasures

If there’s one place in New Zealand largely renowned for its architecture, it’s Dunedin. Often referred to as the ‘Edinburgh of the South’, the city’s strong Scottish connections are evident in the magnificent Victorian and Edwardian buildings that we see today. Anyone can freely stroll around places like Dunedin Railway Station, the First Church of Otago, and the beautiful garden grounds at Larnach Castle – you do have to pay to enter the castle itself, but the outdoor area is free to access.

If seeing the Southern Lights (aka the Aurora Australis) is on your stargazing bucket list, then Dunedin is one of the best places to do it. When the dark skies are their clearest, the beaches around Dunedin and the Otago Pensinsula are perfectly placed to offer the best views of this breathtaking phenomenon. Key spots to head to include Sandfly Bay, Hoopers Inlet and the Second Beach in St Clair. 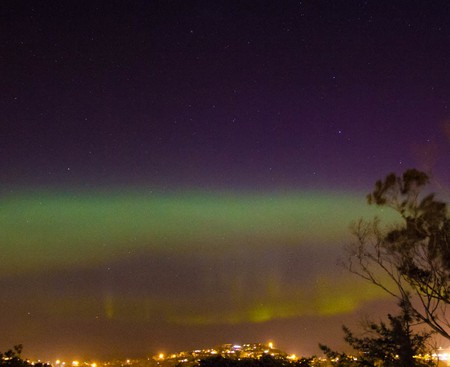 Dunedin is a city lined by an extensive network of public walking tracks, suitable for all fitness levels. Whether you’re in the mood for a challenging bush hike, a leisurely seaside stroll or a hilly adventure with plenty of panoramic views, this place has it all. Signal Hill is the ideal playground for hikers and mountain bikers alike – a walk up the summit will offer some great views of the city, while the surrounding cycling tracks offer just the right amount of adrenaline for beginner-expert riders. The Pineapple Track is another popular hike that’s filled with challenging stretches. If you want to mix things up a bit, Ross Creek is paved with a range of peaceful paths and rugged gravel circuits. 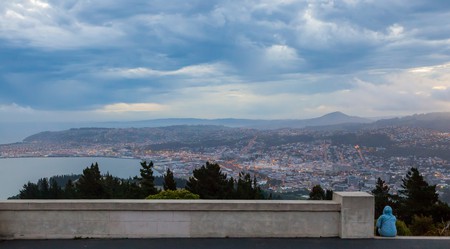 Baldwin Street is located 3.5 kilometres (2.2 miles) northeast from Dunedin’s city centre, and is officially recognised by the Guinness Book of World Records as the world’s steepest. This sharp incline has made this suburban street the go-to for some interesting photo ops: angle your camera just right, and it will look like the houses are sinking. For many years this iconic street also hosted the Cadbury Chocolate Carnival’s flagship Jaffa Race, in which more than 70,000 orange-chocolate balls were dropped down the street to raise money for various community charities. 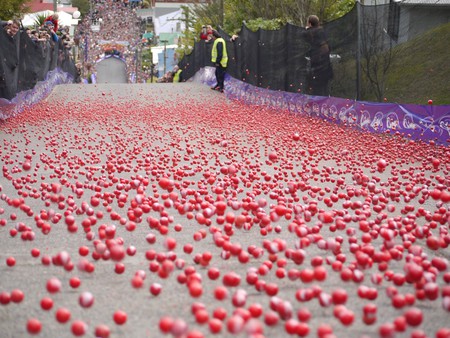 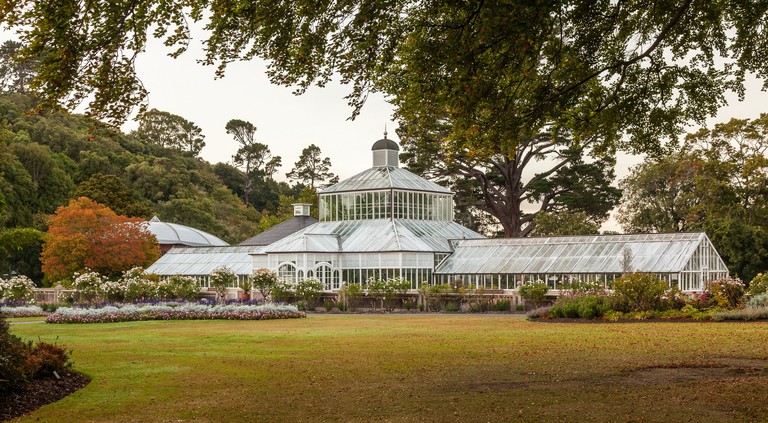 Dunedin Botanic Garden celebrated 150 years in 2013, making it the oldest botanic garden in New Zealand. All of its areas are completely free to access, and you can easily spend a full day exploring the various highlights on show: from the sunny aviary high above the garden slopes, to the scenic picnic areas and tree-lined walkways that adorn this natural sanctuary.

Soak up the sunshine in Dunedin’s picturesque beaches

Dunedin has an array of beautiful beaches just waiting to be explored – many of which are located just within few minutes’ drive from the central city. If you like your surfing, St Clair and St Kilda are your best bets; if it’s your first time on the surfboard, there’s a surf school right by St Clair’s esplanade that will point you in the right direction. Tunnel Beach is a favourite for families with kids – and for those wanting to escape into a sheltered natural wonder – because of its namesake passageways. A 30-minute drive north of Dunedin will take you to the peaceful Long Beach, which is loved for its massive caverns, abundant bird life and compelling rock-climbing cliffs.

Dunedin and the wider Otago Peninsula are globally renowned for the rare wildlife species that hide amid its shores. While a guided tour is the best way to get up close to these critters, you can always drive along the peninsula to try and find them yourself. Harington Point is a good place to spot some New Zealand fur seals; little blue penguins can be found around Pilots Beach; and there are yellow-eyed penguin and sea lion colonies around Sandfly Bay. 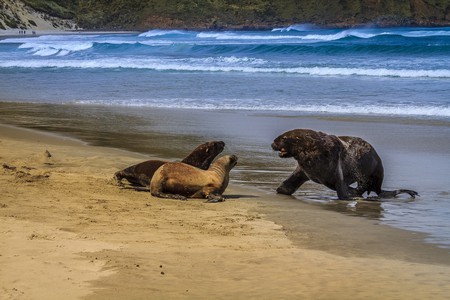