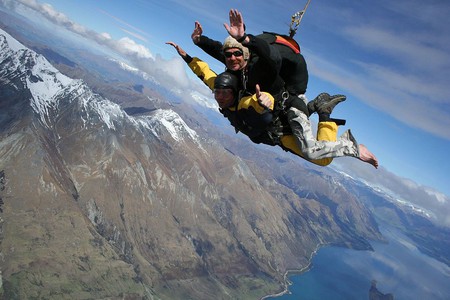 Ever wondered why Queenstown is such a hit with thrill seekers? Well, New Zealand’s most popular tourist destination is packed with adrenaline fuelling activities — inland, on its shores and right up in the sky. With a world of ‘firsts’ under its belt, and a naturally exhilarating landscape, here are eight reasons why this resort town is the perfect spot for your next adventure.

A.J. Hackett’s first bungy jumping installation, on Queenstown’s Kawarau Bridge, is credited as the world’s first commercial operation of its kind. Since that first leap of faith in 1986, New Zealand’s love affair with the extreme activity has been unmatched and ongoing. The original jump spot is still very much in action, and attracts tourists all year round. Kawarau Bridge is also the only place in Queenstown you can try your hand at a tandem bungy. 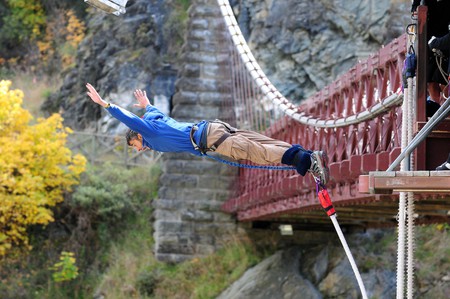 Queenstown is also home to the world’s largest swing

Formerly known as the Nevis Arc, the Nevis Swing is another pioneering brainchild of AJ Hackett Bungy. Stretching across an ample 120 metres (394 feet), this swing is not only the world’s largest, it’s also the fastest. Daredevils who take up the Nevis Swing challenge will be led to a 70-metre suspension bridge before they reach an elevated launch pad. Once the harnesses are on, you’ll be released from the 160-metre (524-foot) deck, swinging towards the valley at a gushing 120 kilometres (75 miles) per hour. 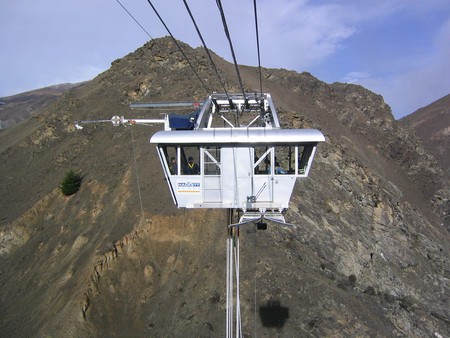 NZONE, which has been thrilling Queenstown’s visitors since 1990, is New Zealand’s first tandem skydiving operation. Even the novice skydivers can get in on the action: no matter your skill level, you’ll be harnessed up to an experienced jump master who will lead you on a heart-stopping 4572-metre (15,000-foot) free-fall. The 60-second plunge is a sensory experience that’s hard to beat. If you want to solidify those memories, NZONE can arrange for photos and videos to be taken during the plummet.

The Dart and Shotover Rivers are a jet boating dream

Imagine shooting over a river canyon, on a small jet boat, at 80 kilometres (50 miles) per hour. Now, picture yourself getting into a few 360-degree spins as you zoom across those crystal-clear waters. That’s what you can expect from Queenstown’s jet boating adventures. The Dart and Shotover Rivers are the local go-tos for this adventurous ride. The journey is as scenic as it is epic, with plenty of jaw-dropping landscapes to admire as you circumnavigate those rocky outcrops. 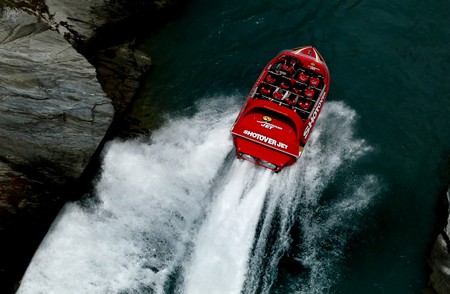 White water rafters will relish the local canyons and rivers

The Shotover River, the Skippers Canyon, and the Kawarau River are the local hot-spots for white water rafting. If you want to immerse yourself on those rafts, expect to traverse an array of narrow river rapids and cascades. Beginners and experts alike can get a solid adrenaline fix, as each route is graded according to difficulty. Many operators offer jet boating and white water rafting combos as well, so don’t feel like have to choose between one or the other. 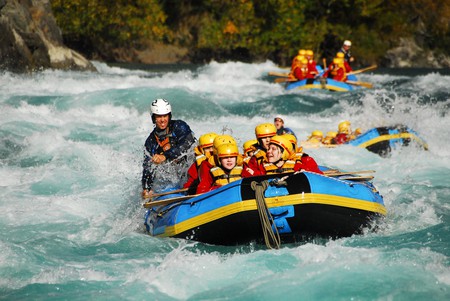 There are plenty of places to get into mountaineering and abseiling

Mt Aspiring, Mitre Peak, The Remarkables, Milford Sound, Mt Earnslaw, Mt Brewster…saying that Queenstown is surrounded by mountains would be a huge understatement. If you want to get up close and personal to those scenic mountain ranges, there are plenty of ways of doing so. For instance, Via Ferrata offers a unique twist to outdoor rock climbing — you get to support yourself on fixed iron steps as you climb up the rocky cliffs. As for mountaineering and abseiling, Queenstown Mountain Guides and Climbing Queenstown are the main companies who will get you exploring the alpine horizons.

A Milford Sound expedition is right on your doorstep

Head over to Fiordland National Park, so that you too can revel in the majestic Milford Sound. From there, you’ll have access to two of New Zealand’s Great Walks: the Milford Track and the Routeburn Track. Both of these take multiple days to complete — you can either camp on-site or book a hut in advance. If you want to familiarise yourself with the area’s pristine waters, kayaking is another adventurous activity worth pursuing. 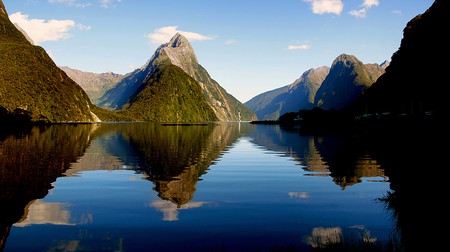 Queenstown is home to some of New Zealand’s prime skiing destinations. Its main terrains are The Remarkables, Cardrona, Coronet Peak and the Snow Farm Ski Field, all of which are a short drive from the town centre. If you’re heading into Wanaka, Treble Cone is another popular spot to put on your to-do list. Each of these world class facilities offer slopes for all abilities and skill levels. Keen powder shredders can also grab special season passes that will grant them unlimited access to some of the best ski resorts in the vicinity. 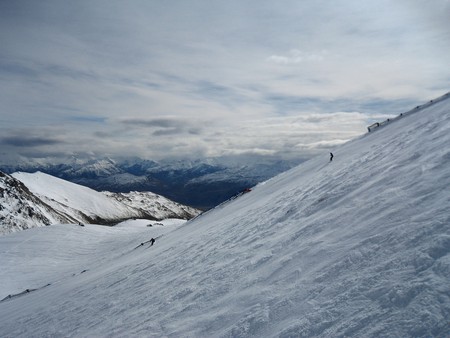 The Remarkables Ski Resort | © Jussarian/Flickr
Give us feedback