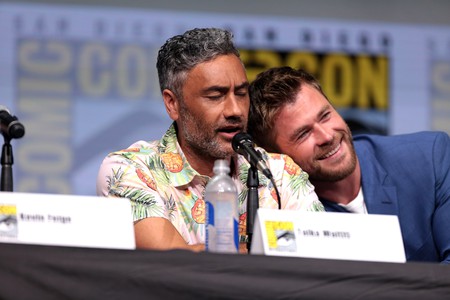 Taika Waititi is fast eclipsing Peter Jackson as New Zealand’s hottest director. Yes, we know he hasn’t garnered as many accolades as Sir Peter, but there’s no denying that Taika has a long and glittering career ahead of him.

You only need to have caught his latest flick, Thor: Ragnarok to see what a talented and hilarious bloke he is. So, here, for your education are five of Taika Waititi’s best films.

We’ll start here with Waititi’s latest and greatest. Thor: Ragnarok is Waititi’s first foray into what you might consider “proper Hollywood”. With an estimated budget of $180,000,000 USD this film is over half of what Peter Jackson received to shoot all three Lord of the Rings films.

In this reboot of Marvel’s Thor franchise, Waititi injects some much-needed Kiwi flair and humour into what was becoming quite a stagnant series of movies. In this film, Thor is imprisoned on the planet Sakaar, and must race against time to return to Asgard and stop Ragnarök – the destruction of his world – at the hands of the powerful and ruthless villain Hela.

Even if you aren’t a fan of comic book movies this one is well worth a gander, as it is unlike any other films out there. Waititi also voices a character in the film, Korg, and very much steals the show. He based the voice on typical Auckland bouncers in his native NZ, and the U.S public went absolutely nuts for it. With a cast that includes Cate Blanchett, Chris Hemsworth and Jeff Goldblum, fantastic reviews and an audience that is keen for more of his style, it’s going to be exciting to see what Waititi does next. 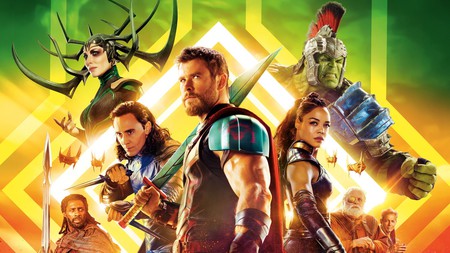 If you’re all about the awkward love stories then you’re going to be hard-pushed to find one that tops Eagle vs Shark. The plot isn’t what you call complicated and there are no over the top special effects to distract you from what is really happening on the screen with the characters. If you’re a fan of the Marvel universe, and feel like a visit to the cinema is a waste unless you’re witness to at least one planet disintegrating and 85 explosions of alternating severity, then this film is not for you. Eagle vs Shark is the tale of two socially awkward misfits and the strange ways they try to find love. This is the sort of Kiwi humour and warm-hearted film-making that made Flight of the Concords such an international hit. Jermaine Clement and Loren Taylor star.

Hunt for the Wilderpeople

Like most of Waititi’s films, Hunt for the Wilderpeople‘s premise is fairly straightforward. Basically, a national manhunt is ordered when a rebellious kid and his foster uncle go missing in the wild New Zealand bush. This film was universally praised for the way it approached issues that many of us have to face in our day to day lives; namely, how we deal with grief and how we have to constantly work to be understood in the relationships we have. It wouldn’t be a Taika Waititi film without healthy bouts of laughing interspersing the more thoughtful moments. This is the sort of flick that you might watch at the end of a tiring week at work and feel rejuvenated and ready for the weekend ahead. 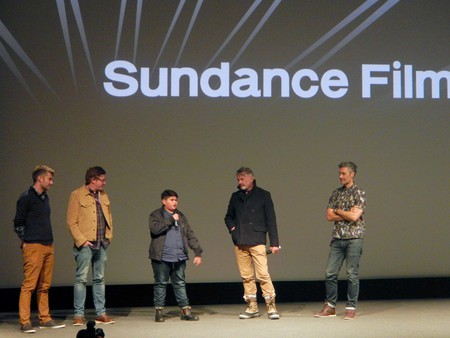 What We Do in the Shadows

This is a brilliant satirical film by Taika Waititi! It follows the lives of three vampires who live in Wellington, New Zealand, who are struggling to overcome the mundane aspects of life that we all have to deal with – paying rent, dealing with flatmate conflicts, getting into nightclubs and dating. It’s really quite ingenious the way that Waititi turns a social commentary on its head by having the film revolve around vampires – characters who are, in themselves, part of the popular culture at the time of filming. This film, unsurprisingly, is a lot of fun, and extremely original. Definitely one for those who fancy a vampire tale with a twist.

Boy is the movie that really put Taika Waititi on the map, the start of his inexorable rise to becoming a Hollywood name. Set on the east coast of New Zealand in 1984, Boy, an 11-year-old child and devout Michael Jackson fan, gets a chance to know his absentee criminal father, who has returned to find a bag of money he buried years ago. It’s everything that you (now) come to expect from a Taika Waititi film. There are moments of extreme poignancy, punctuated often by some great comedic scenes and some really heart-warming pieces of dialogue. If you were in New Zealand when this was released you may have been aware of a definite increase in people calling each other “eggs” – pronounced “igg”. Watch this film to catch the iconic scene from which that fad stemmed.