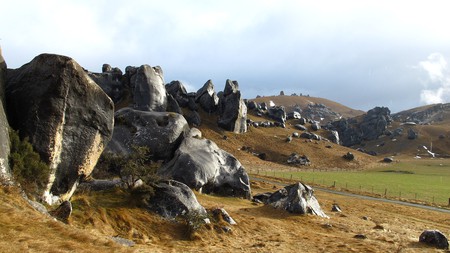 Let’s shift our focus away from the touristy places. Sure, Queenstown is practically fuelled by adrenaline-inducing experiences, Wellington’s alternative vibes are always compelling, and Auckland’s diversity is hard to match – but one should never neglect those sensational, often overlooked attractions. Here are 16 lesser-known New Zealand destinations to inspire you to venture beyond the ordinary.

Many will drive past the Karangahake Gorge, but only a selected few opt to take in this scenic sight in all its glory. The sharply-winding canyon lies between the Kaimai and Coromandel Ranges, on the state highway that links the Waikato region to the Bay of Plenty. Walkways, old tunnels, historic railway remains, and cycling trails are among the different attractions to check out in this underrated natural wonder. 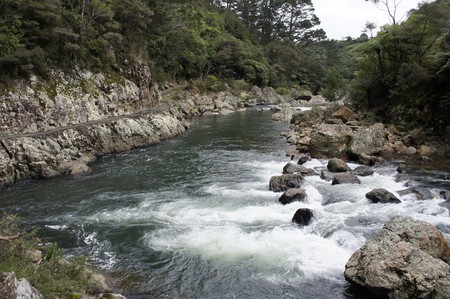 New Chums Beach is slightly off-grid: you can only access it via boat or through a partly-unformed coastal track that starts at the northern end of the nearby Whangapoua Beach. The northeast-facing, white-sand beach is part of the Coromandel Peninsula, and is best known for its forested hills and mostly-deserted, highly unspoiled landscapes. Pohutukawa trees are among the native plants you’ll be able to see along this protected coastal treasure. 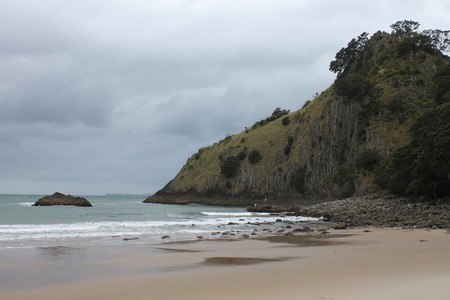 Rangitata is situated at the base of the Southern Alps, in the South Island’s Canterbury region. Above Rangitata, you’ll discover two mountain peaks that are held in high esteem by the area’s local Maori tribe: Big Mount Peel and Little Mount Peel, which are believed to be the spirit of the first ancestors to migrate into the region from North Otago. Some of Rangitata’s landscapes have made a minor cameo in the The Lord of the Rings trilogy, and the area is also home to some of New Zealand’s oldest sheep stations. 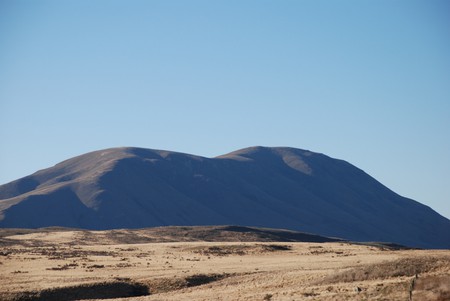 Perched at an altitude of 700 metres (2296.6 feet), Castle Hill is a Canterbury high country basin that is characterised by its intriguing limestone rock formations. Early European settlers dubbed the area as Castle Hill because of these rocky outcrops – the imposing boulders, they believed, resembled the remains of an old, run-down castle. Maori also have their own name for the area: Kura Tawhiti, which translates to ‘Treasure from Afar’. Near Castle Hill you’ll find the Flock Hill station, which has become famous for its role in the battle scenes of The Chronicles of Narnia: The Lion, the Witch and the Wardbrobe.

The Chatham Island is the largest island of the archipelago with the same name. It is situated off the eastern coast of mainland New Zealand, and was named after the first European ship to visit the island in 1791, the HMS Chatham. This T-shaped island is composed of three distinctive features: the Petre Bay on the west coast, Hanson Bay to the east, and Te Whanga Lagoon in between them. The island is also home to the endangered Black Robin, and is the only place you’ll find breeding populations of the critically endangered Magenta petrel. 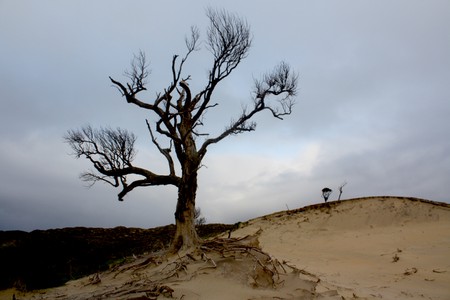 Wai-O-Tapu is quite well-known for its champagne-coloured geothermal springs, but its Devil’s Bath is something else entirely. A pool with neon green waters, almost reminiscent of a cartoon-like nuclear fallout, sits inside a depression that was likely carved out of some sort of underground volcanic activity. This vibrant green hue comes from high sulphur concentrations, emitted as the active mineral rises to the surface. 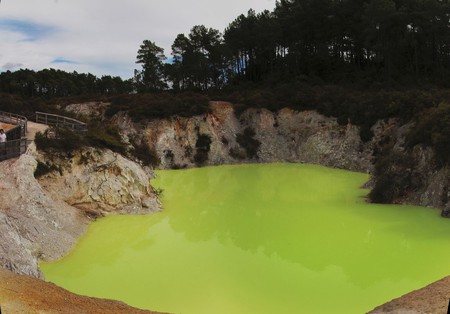 The Devil's Bath at Wai-O-Tapu thermal area, near Rotorua | © Takver/Flickr

The Putangirua Pinnacles are part of the Aorangi Ranges, near Cape Palliser in the Wellington region. Lined by immense earth pillar formations (also known as hoodoos), the Pinnacles are among New Zealand’s best examples of badlands erosion. These sky-high hoodoos are made of old alluvial gravels, which were moulded into shape as rain washed out the softer rock around it. Some of the pillars are believed to be more than 1,000 years old, and are eroding by approximately one centimetre (0.39 inches) a year. 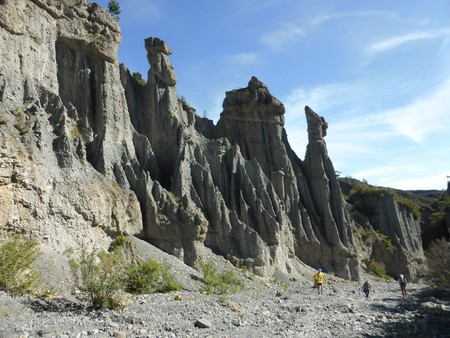 The Waikato River is New Zealand’s longest, spanning across 425 kilometres (264 miles) in distance. It rises through the slopes of Mount Ruapehu, in the central North Island, joining the Tongariro river, then flowing into Lake Taupo and cutting through the northern volcanic plateau to reach the lowlands of Cambridge and Mercer before washing out into the Tasman Sea. Various Maori tribes consider the Waikato River to have a strong spiritual significance, generally viewing it as an ancestor (tupuna), a treasure (taonga), a life force (mauri), and an essential aspect of their sense of pride (mana). 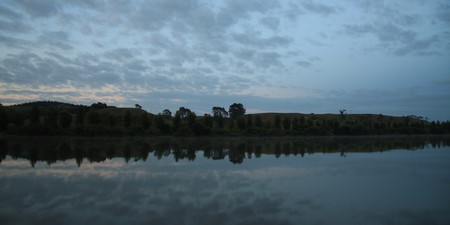 White Island is New Zealand’s most active cone volcano, having seen continuous activity for more than 150,000 years. The circular, 2-kilometre (1.2-mile) diameter, island is situated on the waters of the Bay of Plenty, near Whakatane and Tauranga, and consists of a submarine mountain that rises up to 1,600 metres (5,249 feet) above the sea floor. Whakaari/White Island can be reached by boat or plane, and is a marvel for sightseers who want to get a glimpse of active geothermal steam vents and marine live that live around it. 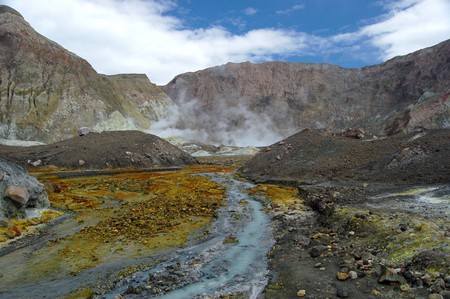 Known to Maori as Tuhuroa, Farewell Spit is a narrow sand spit at the northern end of Golden Bay, on the north-western coast of the South Island. At 35 kilometres (21.7 miles) in length, Farewell Spit is the longest of its kind in New Zealand. The area is regarded as an internationally important natural wildlife reserve and, as such, public access is highly restricted. That being said, special tours have been organised to educate the masses about the local bird life and wetlands. 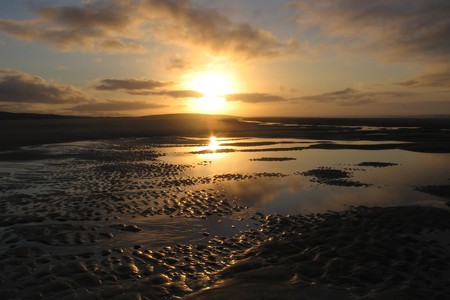 Mount Sunday is an isolated mountain that hides in the Canterbury Plains, a couple of hours southwest of Christchurch. The lowly mountain sits on a flat river plain and is fully enveloped by the expansive towering alps all around it. Hard-core Tolkien fans may already have heard of this hidden gem: Peter Jackson aptly selected Mount Sunday to bring Edoras, the capital city of the Rohan kingdom in The Lord of the Rings trilogy, to life. Still, its off-the-beaten track nature and picturesque backdrop are spectacular feats that shouldn’t be taken for granted. 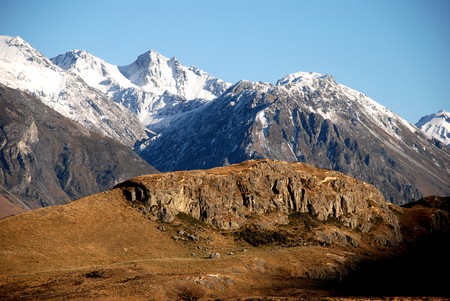 Wainui Beach is a small settlement on the east coast of the North Island, approximately six kilometres (3.7 miles) from Gisborne city. Local surfers are attracted to Wainui Beach’s fast swells, while nature and lovers are drawn by the surrounding mountain peaks and headland reserves, the latter of which includes a special grave site in memory of the 59 whales that were stranded and buried at the beach in the 1970s. 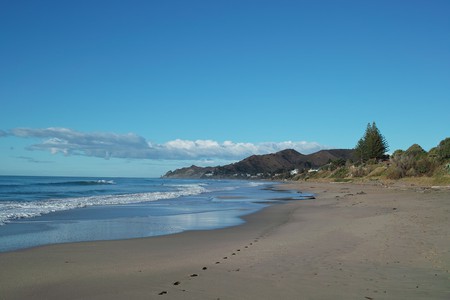 This majestic, 26-metre (85.3-foot) waterfall in New Zealand’s northernmost city is surrounded by native forests and parkland. Traditionally, this area was used by local Maori for eeling purposes. At the turn of the century, the Whangarei Falls became a popular picnic spot. There are three viewing platforms that allow visitors to see the falls in all possible angles, and a well-marked loop track for those who want to get some hiking done while they’re getting acquainted with nature. 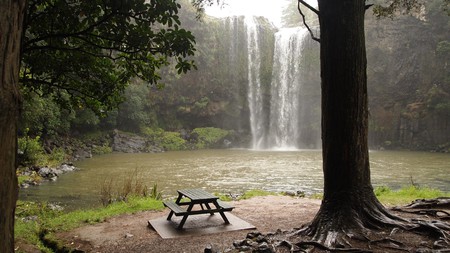 When people hear about Fiordland National Park, they either think of Milford Sound or some of the Great Walks in the vicinity. But what about the rest of the area’s unspoiled wonders? Enter Lake Marian, one of the park’s breathtaking alpine lakes. Fed and drained by Marian Creek, which also feeds into the Hollyford River, this glacial lake is nestled just above the treeline at the southern end of the secluded Darran Mountains, and is sheltered by snow-capped peaks all around. The Lake Marian Track is the way to access this wondrous sight. 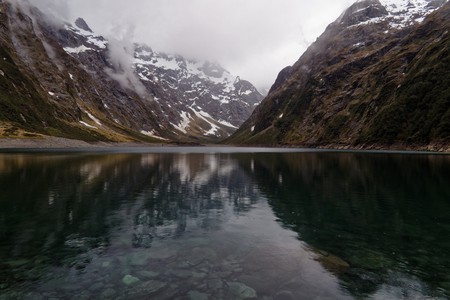 Anapai Bay is hidden away in Abel Tasman National Park, another destination renowned for hosting one of New Zealand’s nine Great Walks. Idyllic and secluded, this golden-sand beach can only be reached by hiking or via boat. Anapai Bay is right in the midst of the Abel Tasman Coast Track, and has a camping area nearby for hikers who need to catch their breath before they soak up the coastal scenery. 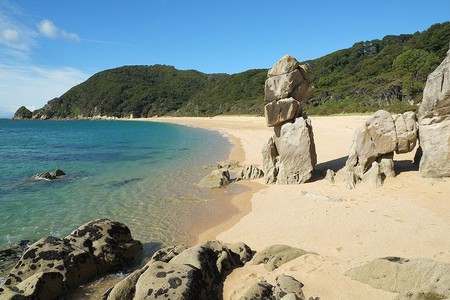 Ripiro Beach is the longest driveable beach in New Zealand, even longer than the famous Ninety Mile Beach, which those ‘in the know’ will tell you is only 55 miles (88 kilometres) long. Extending from Northland’s Pouto Peninsula in the south and Maunganui Bluff in the north, at a straight 107 kilometres (66 miles), Ripiro Beach comprises sand dunes all along its length. It is also infamous for being the site numerous shipwrecks: in fact, an area just offshore has been dubbed The Graveyard, because approximately 150 vessels were wrecked near it. Depending on tidal conditions, you can even see some of those remains in the sands. 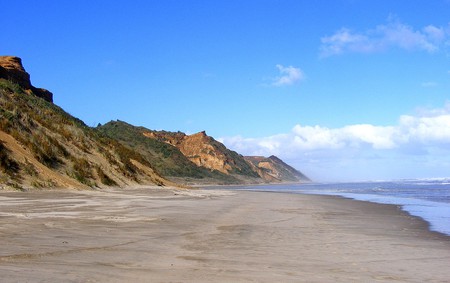