15 Non-Touristy Things to Do in Wellington, New Zealand

Wellington is on the list of everyone who comes over to spend a significant amount of time in New Zealand. Te Papa, the Beehive, the Botanic Gardens; these are all on the tourist itinerary. Wellington is most famous though, for its reputation as a cultural melting pot. The diversity of people, and independent restaurants, cafes, bars and businesses have resulted in Wellington being a fascinating and interesting city to wander about in. There are places you go in which to find yourself, but Wellington is one of those excellent cities you visit and have fun losing yourself in. So if you want to leave the tourist masses behind, read our guide and do as the locals do.

Picnic at the Boat Sheds

It might not necessarily look it, but this is a lovely, picturesque spot to sit and watch the world go by. It has long been a favourite of students and people on their lunch breaks because it basks in the midday sun. Pack a bag of your most enjoyed treats and go and sit by the water. It’s only about five minutes from town, so you can even just grab some bits from the supermarket and take an hour or so to soak up the serenity.

A Day at the Cricket

A day of leisure that coincides with a cricket game at the Basin Reserve is a good day indeed. This 11,600-capacity ground is perfect for that lazy, sunny day, when the cricket is on, and all you have to do is sit back and enjoy it. The ground itself used to be a swamp of sorts, before an earthquake in 1855, when the land was reclaimed. Talk about luck. Now, spectators are able to sit in the stands or, preferably, spread a rug on the grassy embankment and enjoy a picnic. Just watch out for enthusiastic fans diving to catch wayward sixes and landing in your lunch. 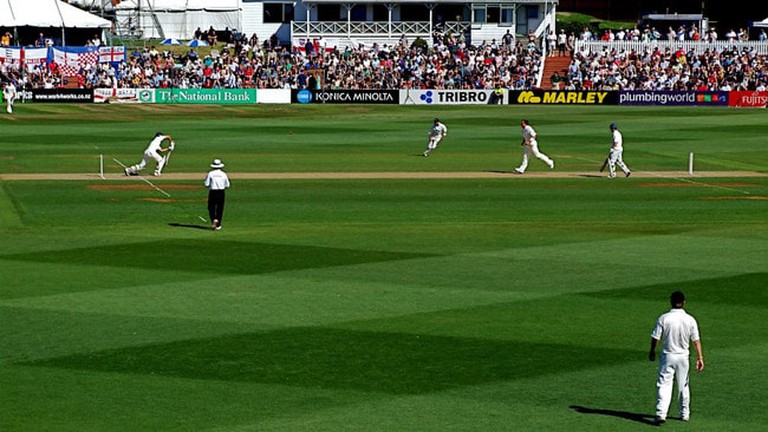 Between Leeds Street and Eva Street lies one of Wellington’s tastiest secret hot spots. If you’re a tourist in town, then chances are you’ll miss this because this little laneway’s location is known only to those with insider knowledge. Inside, you’ll find the quirky restaurants like Shepherd and Pizza Pomodoro. There’s also a brilliant craft beer freehouse called Goldings Free Dive (a freehouse is a pub that has no obligations to big breweries, meaning they can put whatever weird beer they like on tap.) There’s also the incredible Leeds St. Bakery, Six Barrel Soda and Wellington Chocolate Factory. Sniff it out and treat yourself.

Chill Out at Oriental Bay

There’s not much to explain here. Oriental Bay is a go-to for any Wellingtonians wanting to escape the city. Whether it’s for a day or half an hour, this beach is so convenient to the city that anyone can make use of it. If you’re stuck for something to do, or just need a place to unwind after work, Oriental Bay won’t let you down. 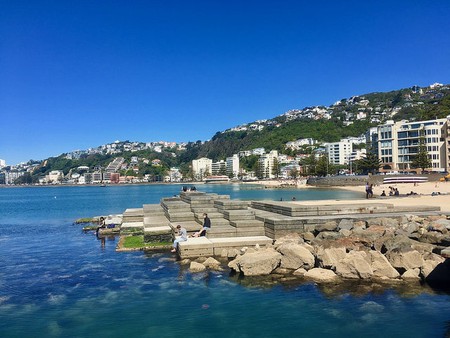 Cuba Street is undoubtedly the most famous and funky street in Wellington. Thousands and thousands of tourists wander down it every year. To have a local experience though, why not view it as a Wellingtonian by starting at the top and working your way down. Take your time, and take it easy. Grab a pastry from Marth’s Pantry to get the ball rolling, a coffee from Fidel’s to wash it down and then peruse the vintage shops, like Spacesuit and Ziggurat, that are so prevalent along this street. Grab some pizza for lunch from Heaven Woodfire Pizza or maybe a curry from Rasa. Keep meandering. Stop for a drink here, a look in a second-hand bookshop there. There’s so much to see and sample. Dinner and some live music at Matterhorn? It’s up to you. 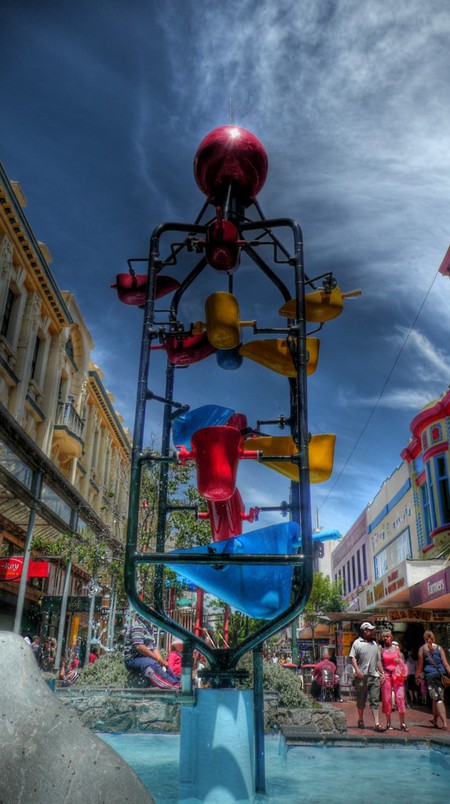 Surf by the Airport

There’s something very surreal about sitting out in the surf, waiting for the next set to roll in and then have a Boeing 747 roar in to land just overhead. There might be better breaks in the area, but for the convenience the Airport Right is up there. Go for a paddle and a bit of plane-spotting. 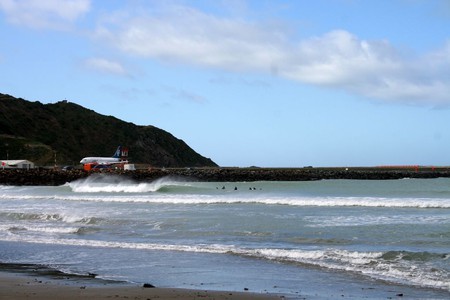 Brunch at Maranui Cafe, Followed by a Dip at Lyall Bay 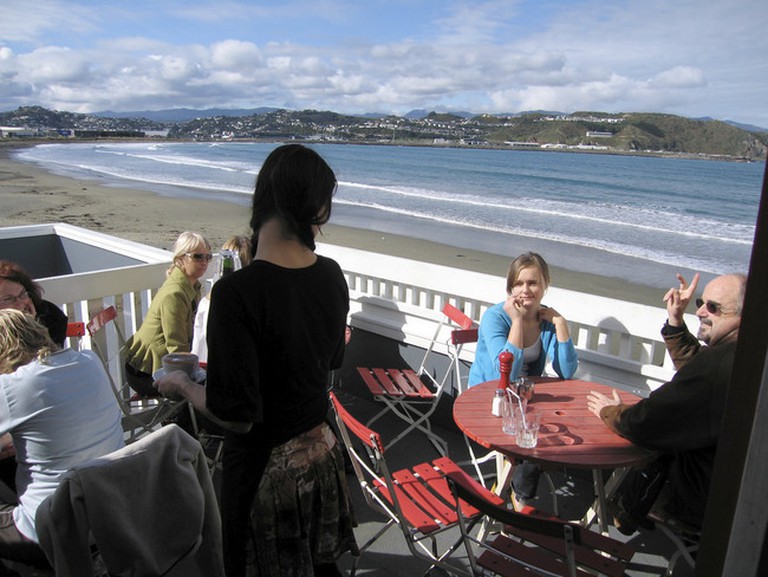 New Zealand ticked off another first with Zealandia, the first fully fenced eco-sanctuary in an urban setting. This sanctuary really epitomises New Zealand’s green, eco-friendly image, having returned 18 native species of wildlife back into the area. What makes it even more impressive is that six of the species had been absent from Aotearoa for over a hundred years! In its 225 hectares, you’ll see birds, reptiles, invertebrates and frogs that you might never have seen before. This is another great way to escape the city without travelling miles. 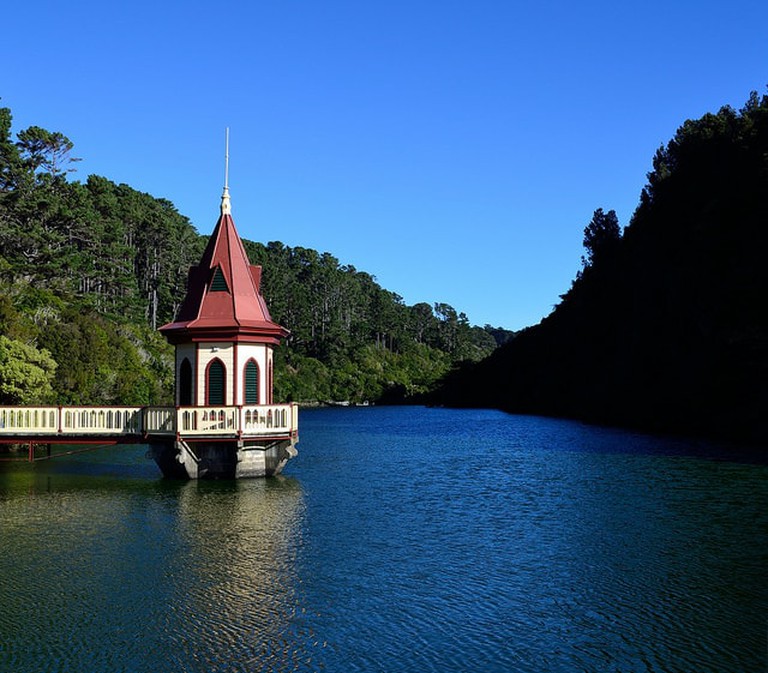 View up the Valley at Zealandia | © Buffy May / Flickr

Take a Walk to See the Seals 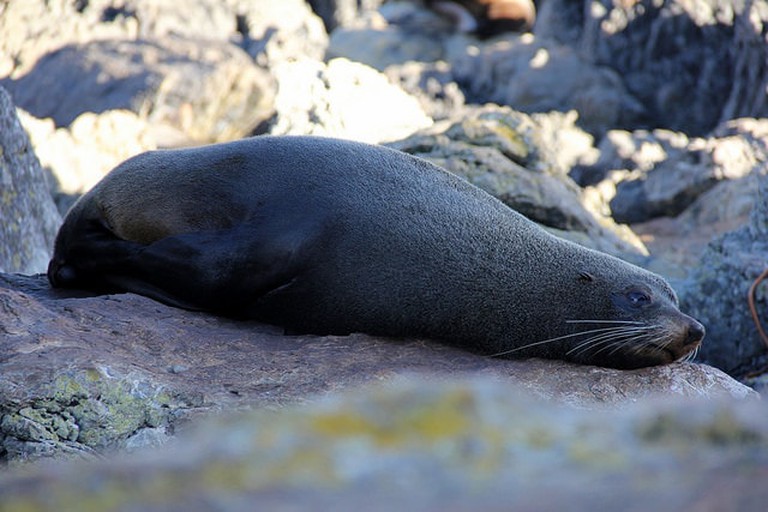 Go for a Drive and Grab Some Cheese

It’s a bit of a mission, and might sound a little obscure, but if you want to try some of the best artisan cheese in the country then take a 20-minute drive to the Wairarapa and Zany Zeus. This is the company that supplies such notable cafes as the Maranui Cafe. If you’re a bit of a foodie, and in particular a cheese lover, then this is the place to visit. Do something different, take a drive and snare yourself some smoked brinza, paneer or halloumi.

Have a Pool Battle for (Basically) Free

Stuck for ideas on a raining or windy day in Wellington? Head over to the Bristol Hotel, purchase any drink and you’ll be given pool table privileges. In J.J. Murphy’s you can pay a five dollar deposit at the bar and play for as long as you want too. Perfect result.

Whilst Wellington is a capital city, it is also situated right by the water. If you fancy having a crack at catching your own dinner then Pukerua and Titahi Bays are always worth a dabble with the old rod. Another option that provides some results is Makara. Saying that, it’s not unheard of for someone to cast a line out off the walkway and pull up a pan-sized snapper or gurnard. 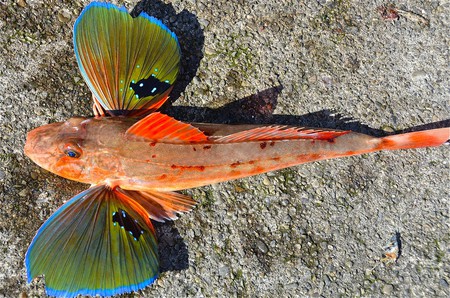 Play Poker at the Cambridge Hotel

Hotel
Facebook
Email
Twitter
Pinterest
Copy link
Share
Map View
Every week the Cambridge Hotel holds a little poker tournament, which is registered with the National Pub Poker League. It’s like anything — as fun or serious as you want it to be. The Cambridge Hotel is situated in the middle of town, so a bit of poker and a few drinks followed by dinner is always on the cards.
Open In Google Maps
28 Cambridge Terrace, Te Aro Wellington, Wellington, 6011, New Zealand
+6449742229
Visit Website
Give us feedback

Go to a Phoenix Game

Football has come on in leaps and bounds in New Zealand recently, so why not spend an afternoon cheering on the Wellington Phoenix with 6,000 other fans. They’re the only NZ team in the Hyundai A-League, so if you get the opportunity to catch a game, don’t hesitate. 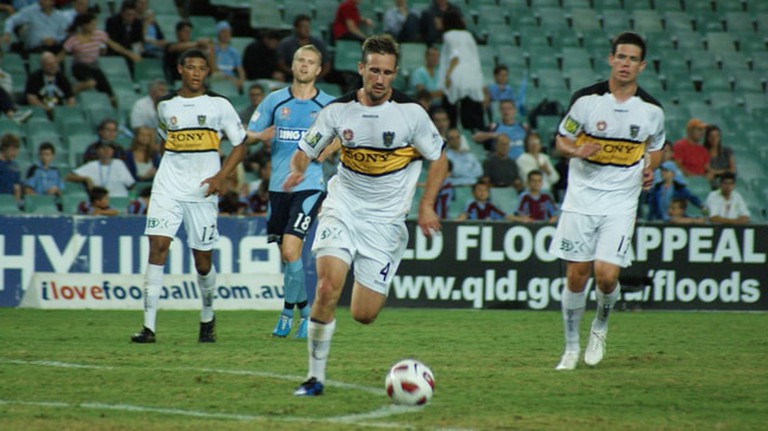 OK, so this might not be something to do in the strictest sense, but it’s well worth doing if you want to be savvy about your time in Wellington. Every university student in the city should be signed up to this website, if they’ve got half a brain in their head. It’s a brilliant site on which you can find vouchers and discounts for every conceivable thing you could want to do in the capital. Half-price three-course dinners, discounted movie tickets and two-for-one deals on a whole host of experiences and activities. Not only will you be able to more easily afford those little treats, but you might end up discovering a new favourite cafe and restaurant. It’s a real no-brainer so check it out.