12 Unusual Things to Do and See in Christchurch, New Zealand 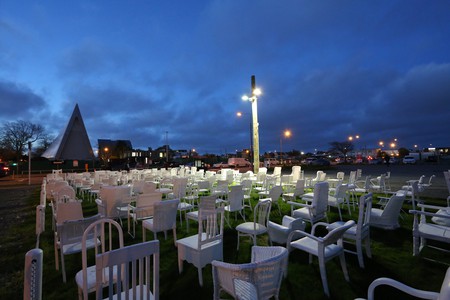 Christchurch is a great place to venture beyond the ordinary. A surge in creativity came to life as the largest city on New Zealand’s South Island navigated into its post-quake reconstruction pursuits. This in turn has brought us some unique and interesting attractions that everyone should set their sights onto. Here are 12 things to see and do that prove this point perfectly.

Artist Peter Majendie created the 185 Empty Chairs installation to pay tribute to all the lives lost in the 22 February 2011 earthquake. White chairs, many of which were donated from victims’ families, friends and colleagues, were hand-painted a white colour and placed on the former site of the Oxford Terrace Baptist Church, at the earthquake’s first anniversary. It has since relocated next to St Pauls Trinity Pacific Presbyterian Church, and a proposal for making the chairs a permanent memorial is currently in the works.

The Paua House used to be a major tourist attraction in the small fishing town of Bluff, but has since become a permanent fixture of the Canterbury Museum. More than 50 years ago, Fred and Myrtle Flutey attached a paua shell to their living room wall. As the tradition continued along the years, more than 1000 shells were amassed, and much to the delight of visitors, the Fluteys were more than happy to showcase their remarkable collection to anyone who entered their property. When the Fluteys died, their grandson purchased the property and decided to loan the Fluteys’ paua collection to the museum for a period of 10 years. The museum bought the exhibition from the Flutey family in 2013, and the paua showcase celebrated its millionth visitor in November 2016. 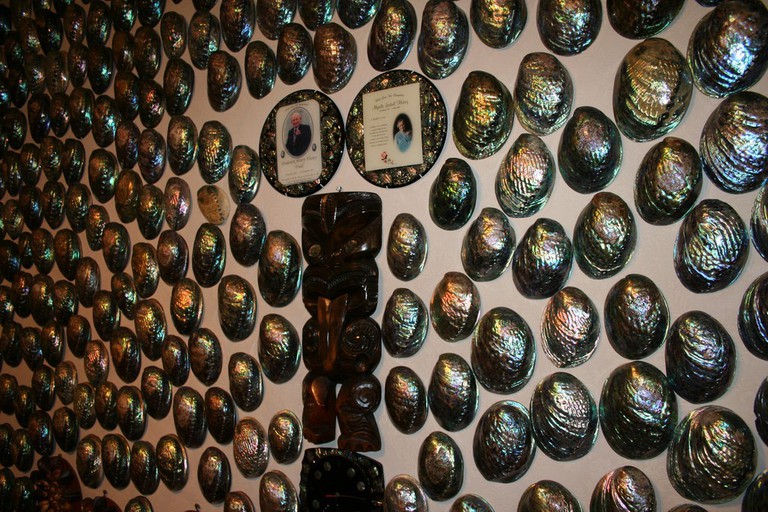 What was once the premises of Addington Prison is now home to the intriguing Jailhouse Accommodation. Built in a Gothic Revival architectural style in 1864, the concrete building served as prison until 1999, laying empty until 2006 when it was renovated and transformed into the award-winning backpacker hostel you see today. A prison theme prevails all through the interiors, with four original cells (including a solitary confinement room) and artworks still being kept in their original condition. 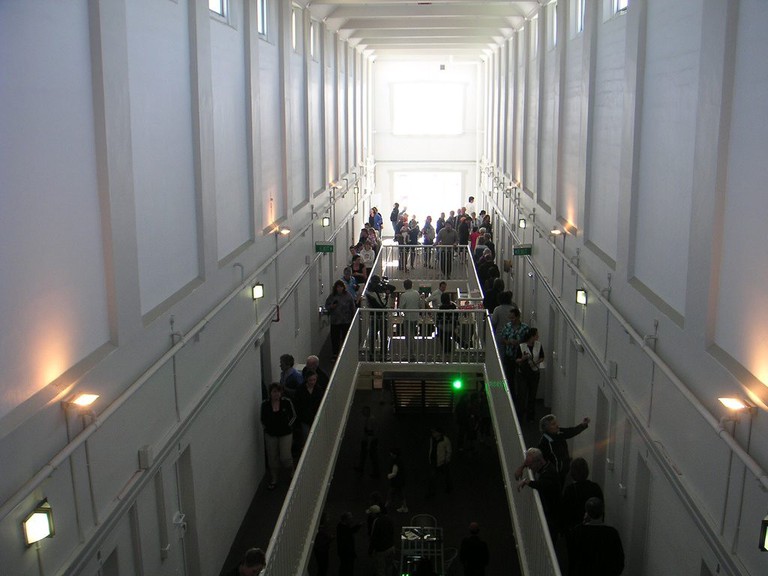 Here’s a unique experience for the thrill-seekers among us. Originally started up by a French expat in 2006, Adrenalin Forest is an epic obstacle course that relies on the enormous trees along Spencer Park and Bottle Lake Forest to deliver a series of challenges. Tree climbing, bridge crossing, rope swinging, and flying foxes are among the different activities you’ll get to try as you wrangle your way through the forest’s seven courses.

This historic walkway was originally built in 1850, and was used as the main foot route for early European settlers travelling between Christchurch and Lyttelton via Port Hills. These days, the steep, three-hour return journey is filled with interesting memorial sites, including a hexagonal stone shelter that commemorates the pioneer women of Canterbury, and a series of memorial seats for distinguished figures and settler ships fitted along the walkway. 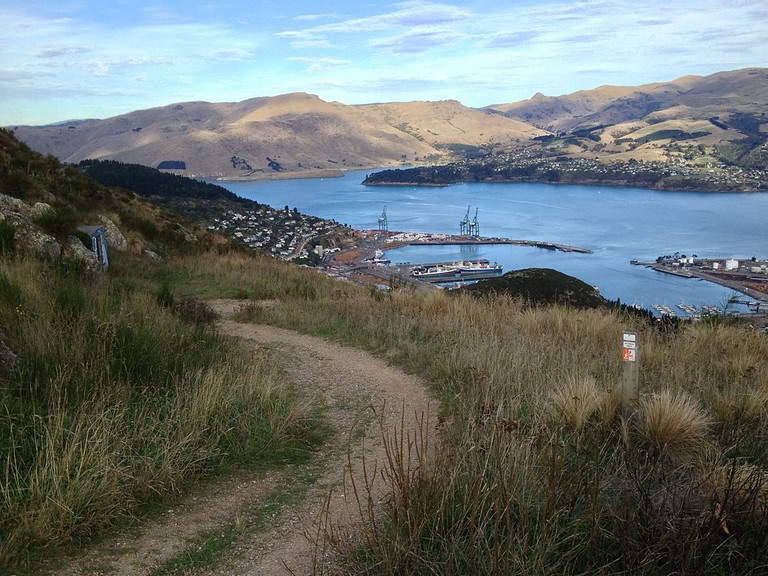 Experience the grandeur of the Canterbury Plains and the Southern Alps from sky high. Ballooning Canterbury is the region’s hot air balloon excursions provider, operating year-round to deliver a pleasant, hands-on flight experience. Passengers are actively encouraged to participate in all aspects of the balloon ride, from setting up to the pack down, and photo opportunities are aplenty. This activity is obviously subject to weather conditions, and start times vary according to the time of the year, but sunrise tends to be the best time to enjoy the incredibly scenic journey. 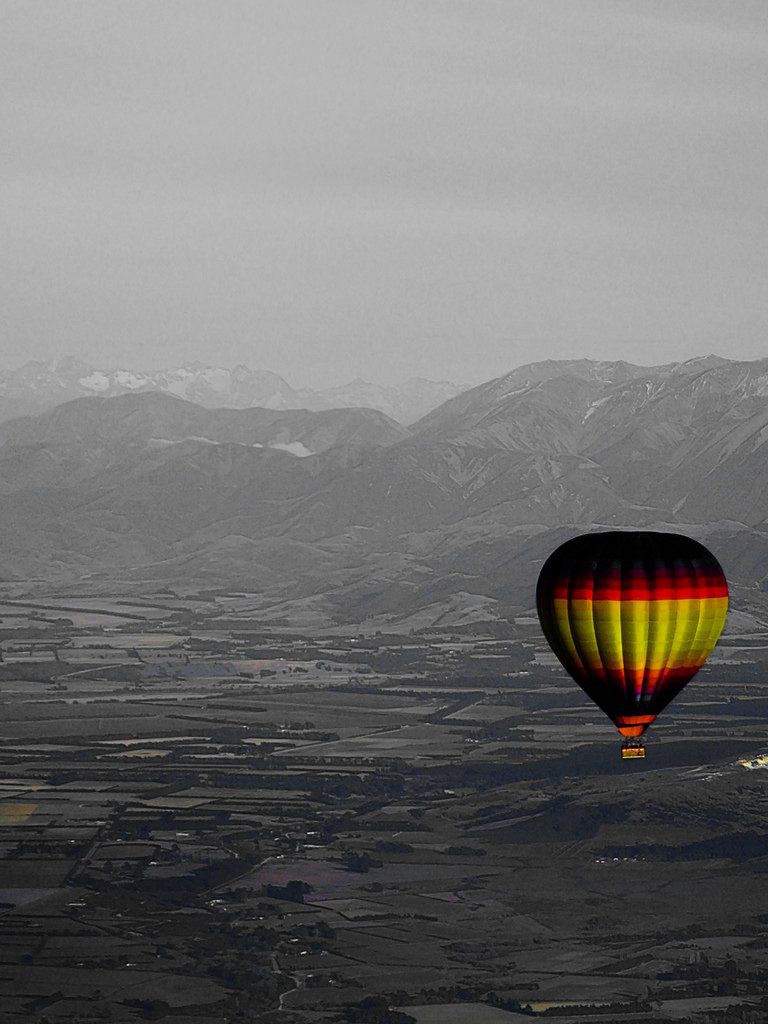 One of the things that is setting Christchurch apart is the city’s keen adoption of street art. The Brockworth Street Art Gallery is one of the major showcases of the murals that have been livening up the urban landscape since the start of the rebuild. Along with this creative hub, you’ll find plenty of other street art treasures by simply walking around town – here’s a map of all the mural installations that are currently on show. 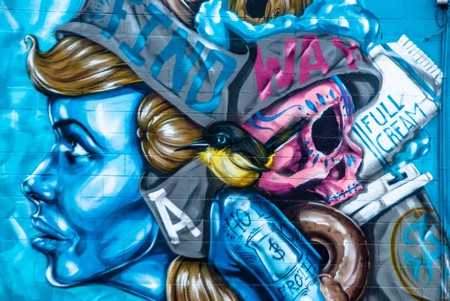 Strange’s Lane: a small downtown lane, tucked between High and Lichfield Streets, that is filled with snazzy restaurants and bars. Themed venues are the norm on Strange’s Lane, which houses the second incarnation of Christchurch’s iconic Vespa Bar, as well as the rustic Strange & Co. which sets out to capture everything that’s great about the past, present and future of the city.

The Court Theatre Company was founded in 1971, moving across several venues before making itself at home in the Christchurch Arts Centre, where the company remained from 1976 right until the February 2011 earthquake. The new Court Theatre premises were opened in December that year, demonstrating that, despite all setbacks, the show will always go on. Currently, the Court Theatre Company is New Zealand’s largest, relying on performers and professionals from all corners of the globe to help them organise community activities, regional tours and their longstanding performances. Their comedy improv show, Scared Scriptless, is also the longest-running show of its kind in New Zealand.

You wouldn’t typically expect to find a breathtaking waterfall in the midst of a sheep, cattle and deer farm. But drive just an hour outside of Christchurch, and that’s exactly what you’ll get: as is seen by the Washpen Falls in the Canterbury town of Darfield. A walk around the waterfall will expose nature lovers to an ancient volcanic canyon, lush forestry and plenty of wonderful bird life. There’s also a giant swing and abseiling facilities for those wanting to add a heart-racing kick to their visit.

Cave Rock is an unusual rock formation on Sumner Beach that has become quite a popular playing spot for beach-going children. As Maori legend tells it, the rock is actually the carcass of a whale that became stranded by means of black magic. In fact, the Maori name for Cave Rock, Tuawera, figuratively means to ‘cut something down’ and is a reference to the many people who supposedly died from eating the flesh of this cursed whale.

A café and boat hire business that, despite experiencing its fair share of post-quake frustrations, has been a part of Christchurch community for 30 years. The boat sheds themselves have been around since 1882. Sally and Mike Jones bought the site in 1986, after taking over Sally’s parents’ original milk bar business that operated on the location. Since then, the Antigua Boat Sheds have been given an outdoor dining area that enables patrons to savour the eatery’s abundant Avon River views. 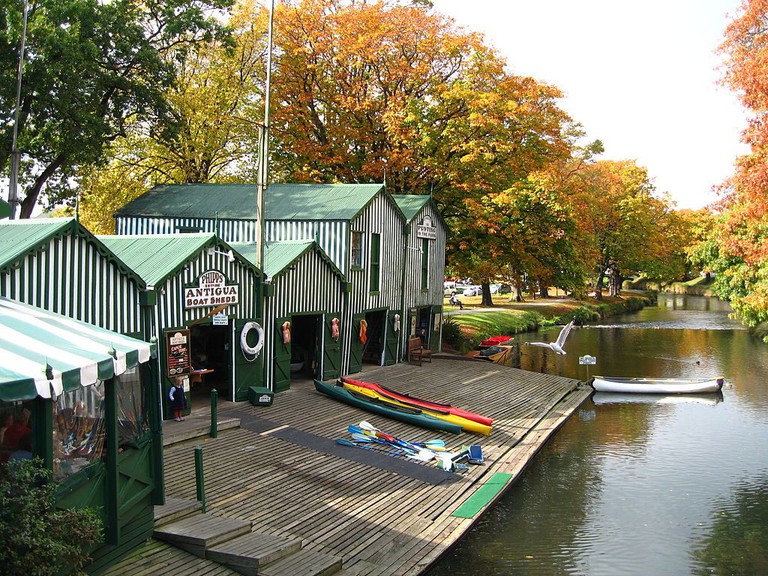