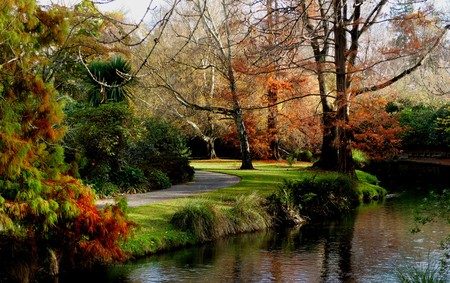 Christchurch is a resilient city that continues to show that creativity will get you through the hard times. Since the devastating 2011 earthquake, ongoing reconstruction efforts have solidified the city’s place as one of New Zealand’s best travel destinations. To prove this point, here are 12 attractions that should give you enough reason to visit Christchurch at least once.

Lonely Planet’s 2017 Street Art Book ranks Christchurch among the crème de la crème of street art around the world. It rightly recognises the impact tragedy had on transforming the city into an artistic powerhouse – the RISE festival in 2013, which was the first street art festival and exhibition to be hosted in Christchurch, is among the notable examples of how the city used creativity to cope with the damage they were faced with. Suffice to say, a walk around the city is worth it just to admire these revitalising post-quake pieces and the sense of hope they emit. 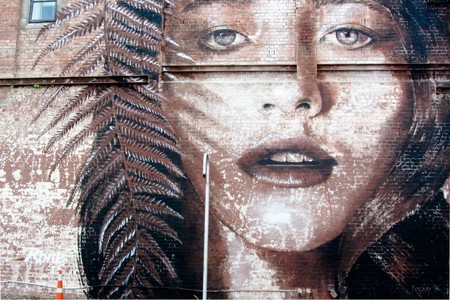 The Canterbury Museum’s most recent permanent fixture, Quake City, will give you true insight into how disaster can shape a city’s – and a region’s – sense of identity. The exhibition covers all facets of the seismic forces that have shaken the area in 2010 and 2011, from the scientific to the personal narratives of those who are living with the aftermath. A truly humbling experience and a must-visit for those wanting to understand the impact of disaster in any given community. 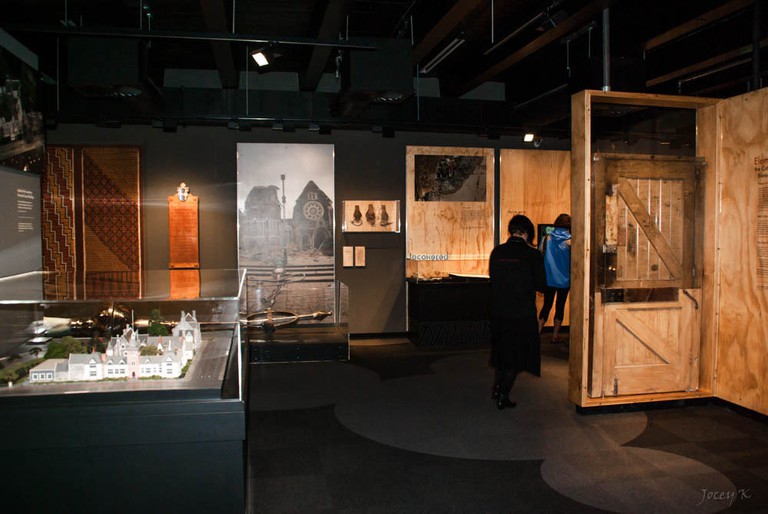 There’s so much beauty to be cherished in Christchurch, and its botanic gardens prove this point to a tee. Located right at the heart of the city by the Avon River, the free-to-enter gardens are lined with roses, water plants, native New Zealand plants, and tropical plant conservatories. Lawn areas make this a great place to unwind, and the surrounding gravel paths ensure anyone can relish a naturally peaceful stroll too. 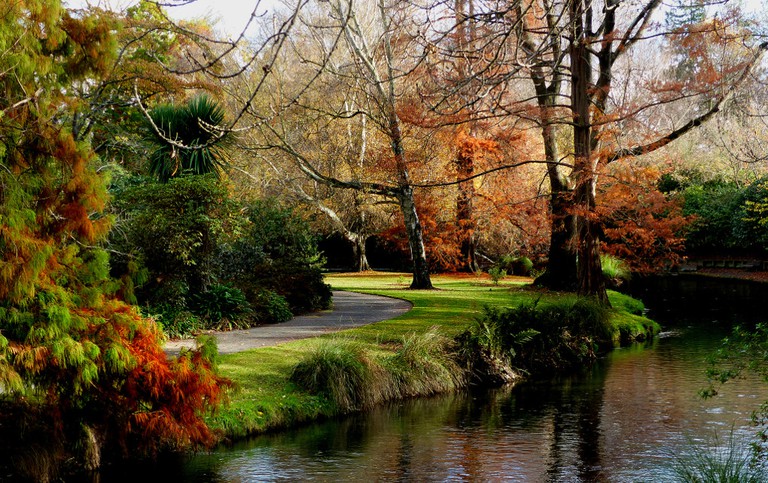 Christchurch brings its European settler past into the present with a handful of classic experiences. The Edwardian-themed punt down the Avon River is a pleasant way to see the city and its lovely parkland. A tram ride around the city and double-decker bus tours are also good options for those who prefer to venture along the roads. All of these will allow you to explore key sights and attractions, taking in the surroundings while you gain an special appreciation for the area’s iconic traditions. 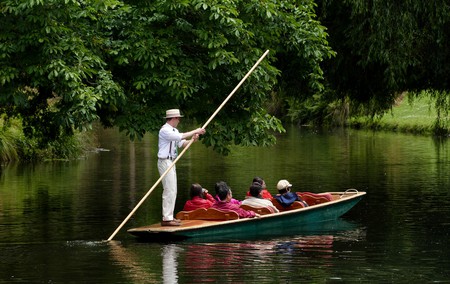 Punting on the Avon | © Bernard Spragg/Flickr

A gateway to Arthur’s Pass

Anyone who knows a bit about the South Island will able to tell you one thing: It is incredibly scenic. A drive from Christchurch, along the Canterbury Plains, will lead you into the area’s most exquisite natural sights, from the Southern Alps right into Arthur’s Pass National Park. Composed of vast swathes of beech forests on the east and deep river gorges to the west, this alpine reserve is a great spot for soaking up the natural landscapes. Along with being a prime hiking and mountaineering destination, Arthur’s Pass is also renowned for as one of the best places to catch sight of the inquisitive kea. 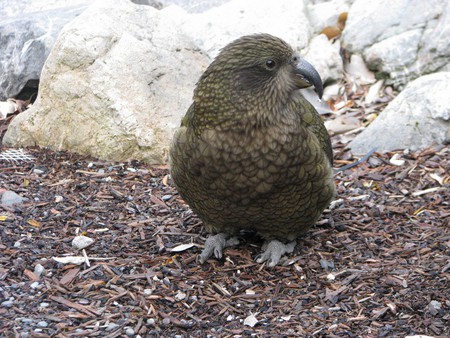 The Christchurch Art Gallery needs to be commended for its longstanding role both as an artistic New Zealand institution and an integral part of the wider community. The gallery is home to some of the country’s most distinguished art collections, and had its largest exhibition just under a month after the first earthquake hit. Within the first five years of the Christchurch earthquakes, the gallery became the emergency headquarters for Civil Defence, as well as providing temporary accommodation for Christchurch City Council staff during the rebuild. It has since reopened its doors, bringing back its securely safeguarded collections back into public view.
Open In Google Maps
Montreal Street, Christchurch Central City Christchurch, Canterbury, 8013, New Zealand
+6439417300
Visit Website
Give us feedback

A trip to Christchurch and the wider Canterbury region will bring you up close and personal to an array of interesting marine life, including the world’s rarest and smallest dolphin. Just head immediately north of the city into Banks Peninsula to marvel at the coastal vistas and playful critters you’ll encounter along the way, from the endemic white-flippered penguins to the endangered Hector’s dolphin. You can either drive by the bays and beaches, or peruse the vast network of walking trails in the vicinity. If you want to continue exploring your horizons, the towns of Akaroa and Lyttelton are right on your doorstep too. 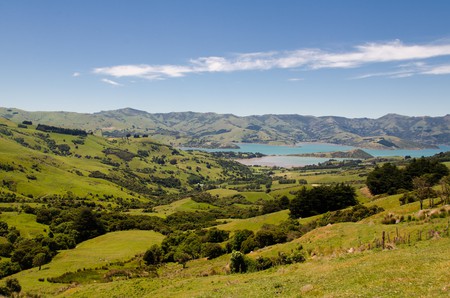 Widely regarded as a forerunner to the modern shopping mall, Christchurch’s New Regent Street has become a major attraction and nationally significant heritage site since its construction in the 1930s. A Spanish Mission architectural style is sustained throughout this iconic shopping precinct, which became a fully pedestrianised area (Christchurch Tram notwithstanding) in the 1990s. While earthquake repairs meant parts of the street had to be cordoned off temporarily, this is still a must-visit for those who are interested in learning more about New Zealand’s historic landmarks. 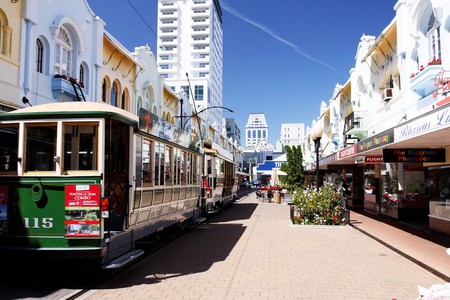 Before the quake, Christchurch city centre was the only place you’d find a decent lineup of bars, cafés and entertainment venues. But because downtown was one of the hardest hit earthquake areas, the business of leisure had to take a different life form. Re:Start Mall, which is unfortunately reaching the end of a short-lived era, was a good example of this, creatively transforming shipping containers into colourful foodie and shopping venues for the central-city Cashel Street. Sumner, a beachside suburb which was also strongly affected by the quakes, is now host to a seasonal Sunday market that was especially devised to lift up the community spirit. A good walk around town will expose you to various other creative spaces and new buildings that are livening up city. 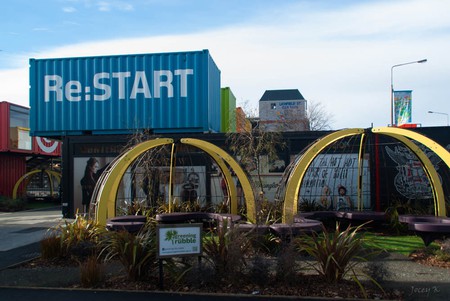 And the remarkable Isaac Theatre Royal

If you love the performing arts, a visit to Christchurch’s historic Isaac Theatre Royal is a must. Christchurch is widely believed to have New Zealand’s highest theatre attendances, so it’s no wonder that this 100-year-old building has stood the test of times, and the forces of nature, to continue wowing and inspiring the masses. Architecture aficionados will be amazed at how this elaborate building has preserved its classic interior and exterior aesthetics, despite undergoing considerate restoration in the aftermath of the city’s major earthquakes. The theatre reopened on November 2014, and has continued to play its role in Christchurch’s dynamic performing arts scene ever since. 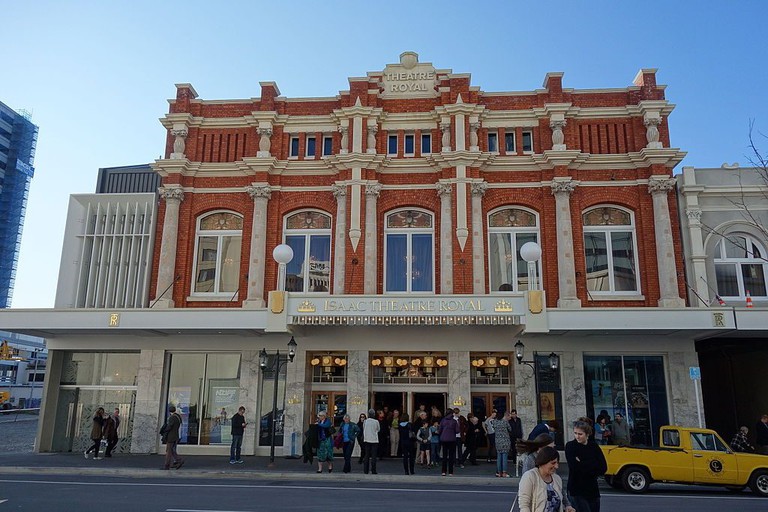