12 Habits You Can't Help Picking Up in New Zealand 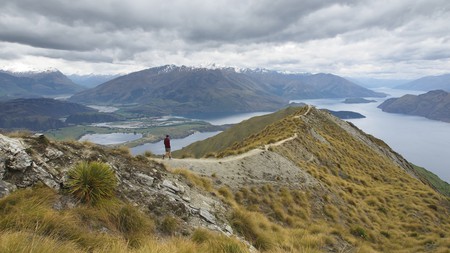 Mingle enough with New Zealand locals and you’ll start picking up some of their local quirks. Whether you’re a working holiday tourist, a newly settled resident or simply backpacking around the country, it’s likely that you’ve seen these 12 habits in action and even embraced them as your own.

No one in New Zealand uses the term sweet potato. You won’t see it in supermarket shelves and you definitely won’t find it in local recipes – the starchy vegetable is always referred to by its Maori name, ‘kumara’. After hearing it enough times, it’ll be hard to ever call them ‘sweet potatoes’ again, even if you’re communicating in a language other than English.

Greeting someone with ‘Kia Ora’. Telling someone you’re going to get some ‘kai’ (food). Seeing a sign that welcomes you with the phrase ‘Haere Mai’. Maori words and phrases are very much intertwined with New Zealand life in general. Oh, and that includes place names too – from Whangarei to Rotorua and the longest of all, “Taumata whakatangi hangakoauau o tamatea turi pukakapiki maunga horo nuku pokai whenua kitanatahu“. 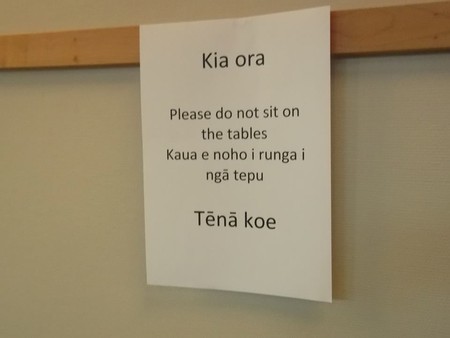 …And plenty of Kiwi slang too

New Zealand is where ‘yeah, nah’ is a form of disagreement; ‘heaps’ is commonly used instead of ‘many, ‘choice’ and ‘sweet as’ are ways of saying something’s cool, ‘taking the piss’ means making fun of someone/something, while a ‘piece of piss’ is something that’s far too easy. Truth be told, you can’t help but pick up the Kiwi lingo once you’ve been around for long enough – even if at times a lot of it gets lost in translation.

Outside the bigger cities like Auckland, it’s incredibly common to see locals walking around without any shoes on. We’re talking inside shops and supermarkets, at schools, in parks and public spaces. It is also expected that you’ll take your shoes off before entering someone’s home – unless the host explicitly tells you it’s not necessary. If you’re visiting a Maori Marae, you are 100 per cent expected to leave your shoes outside before entering. 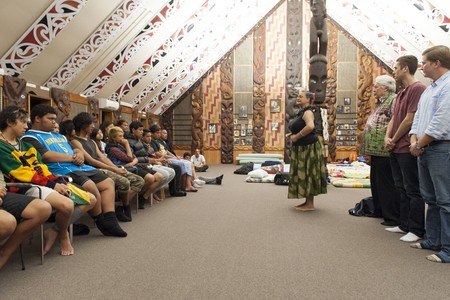 Workshop at Orakei Marae | © US Embassy/Flickr

Going cashless most of the time

Even in small transactions, New Zealanders are more likely to pay using their EFTPOS debit card than they would paying cash. Farmers’ markets and some public transport systems are the most notable exceptions but, generally speaking, this country is almost like a cashless society.

Corner dairies have been a part of Kiwi life for many centuries. In the olden days, these shops were the place to visit for a bottle of milk, some bread and postage services. The mail component is no longer the norm, but everything else prevails. Many New Zealanders, young and old, might also tell you about popping out to the dairy for a pie, some ‘lollies’ (candy) or even an ice cream. 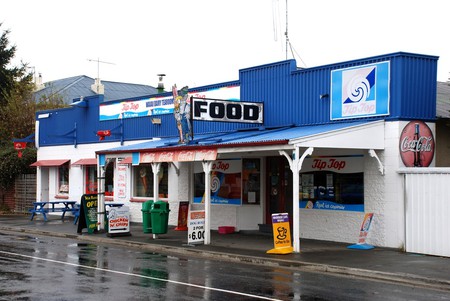 The little things that we take for granted

New Zealand’s all round good nature brings plenty of things that can easily be taken for granted. In rural areas, for instance, it’s not uncommon for people to put their produce on the side of the road with an ‘honesty box’ that people use to pay for it. Polite gestures like thanking the bus driver before getting out, or chatting to the person serving you at the store are a few other examples of little things that just stick with you in the long run.

For many, driving on the ‘wrong’ side of the road

New Zealand drives on the left – something that’s bound to confuse many visitors coming from the Americas and many parts of Europe. As soon as you get the hang of the local driving rules though, driving back in the homeland might incur some interesting blunders. Nothing unsafe, just humorous actions like accidentally activating the windshield wipers instead of the indicators, or trying to change gears on the wrong side. 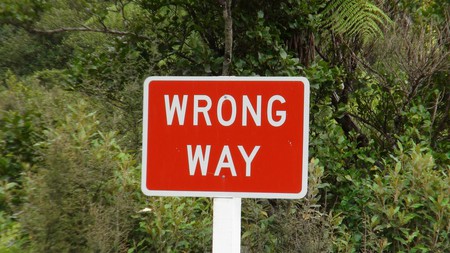 ‘Bringing a plate’ whenever you’re invited over for dinner

In New Zealand, pot luck is king. Whenever you’re headed for a barbecue, a low-key lunch or a sit-down meal, it’s customary to ‘bring a plate’ (with food – don’t get that mixed up!) or some drinks and nibbles to share. Sometimes, the host will ask to bring something specific, others it’s completely up to you.

Having fish and chips on a Friday night

Takeaway foods like burgers, Chinese, pizzas and are quite popular among New Zealanders – but nothing ever beats this traditional food staple. Fish and chips have always been the favourite choice for an end of the week treat, and many Kiwis will be able to point you to the best chippie shops in the area that they live in. 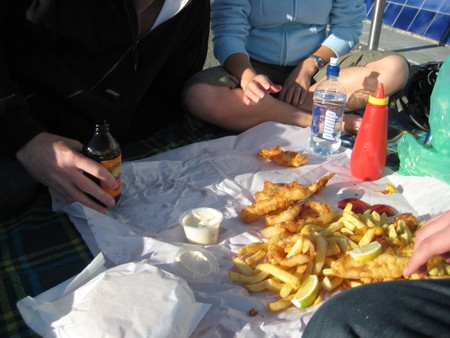 Making the flat white your coffee of choice

If you’re residing around Auckland and Wellington, you’ll be well aware that New Zealanders take their flat whites seriously. Even if you’re not based around the main centres, you’ll eventually fall in love with the milky coffee that Kiwis call their own. Before you know it, this will become your default drink whenever you need a quick caffeine fix.

Being an active, outdoorsy person

New Zealanders are sporty people. They truly embrace the outdoors and the natural landscapes all around them. Be it local parks, surf beaches, nearby forests, national cycling trails or popular hiking terrains – the availability of open-air activities in this country is a huge motivator for getting active. And that is probably one of the best habits that New Zealand has to offer to all those who live there or visit.