12 Art Galleries to Check Out in Christchurch 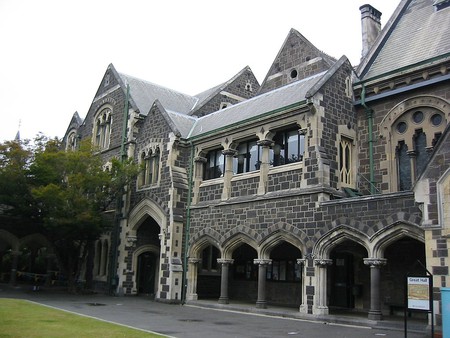 Since the 2011 earthquake, Christchurch has experienced an artistic transformation. No longer are its galleries confined to High Street – new contemporary venues have been spreading their scope further afield. The diversity of the newest exhibition spaces to make their way into this New Zealand city is highly commendable, and is markedly evident in these 12 must-visit art galleries. 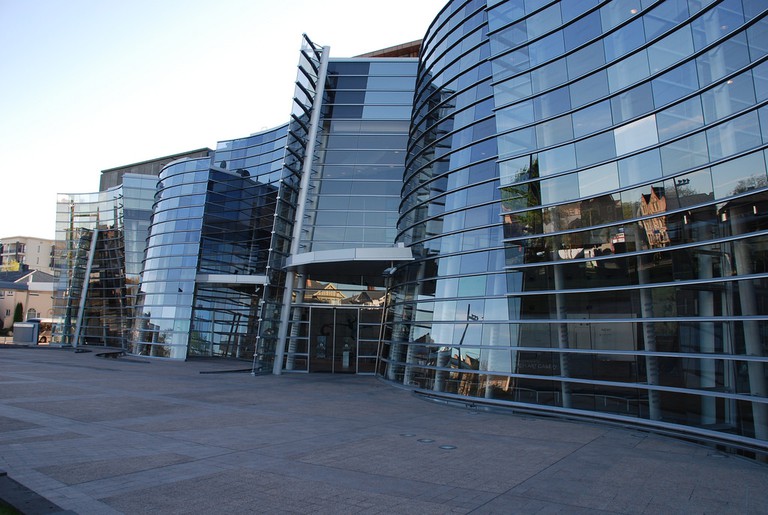 Christchurch Art Gallery | © Kimberley/Flickr
A remarkable building with an expansive collection of artworks, new and old, the Christchurch Art Gallery is centrally-based, opening in 2003 to replace the former Robert McDougall Art Gallery, which in turn had been the city’s main public art hub from 1932 until 2002. A brief hiatus was eminent after the 2011 earthquake, as the gallery’s premises became the headquarters for Civil Defence operations. Undergoing a few earthquake strengthening refurbishments itself, the gallery resumed operations in 2015. Aside from its own art collection, the Christchurch Art Gallery regularly showcases works from New Zealand and internationally based artists.
Open In Google Maps
Montreal Street, Christchurch Central Christchurch, Canterbury, 8013, New Zealand
+6439417300
Visit Website
Give us feedback 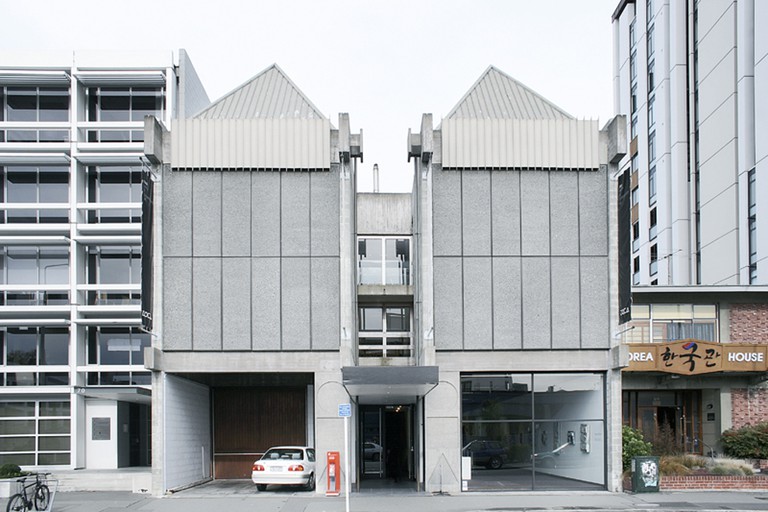 Centre of Contemporary Art Building in Christchurch | © Nicholas Burrowes/Wikimedia Commons
CoCA has been in the contemporary art exhibition business since 1880, always looking for new ways to challenge and encourage debates and conversations about art in our ever-changing world. Exhibitions emphasise local artistry, from the Canterbury region and New Zealand alike. Similar to the Christchurch Art Gallery, CoCA had to temporarily close its doors between 2011 and 2016, as refurbishments and earthquake strengthening efforts set out to breathe a new life onto this contemporary institution.
Open In Google Maps
66 Gloucester Street, Christchurch Central Christchurch, Canterbury, 8013, New Zealand
+6433667261
Visit Website
Give us feedback

The Art Box Gallery was established by Beverley Frost in September 2011 to help and support local artists who had lost their exhibition spaces in the aftermath of the Canterbury earthquakes. Frost is an artist herself, working out of her own Loftus Street studio where the gallery resides. Some of the artists represented by the Art Box include Paul Smith, Christine Lang, Melanie Hammet, Mike Glover, and Jo Byrne.

The Jonathan Smart Gallery dedicates itself to showcasing New Zealand’s best contemporary artworks. Noteworthy names that are consistently featured in its exhibitions include Mark Braunias, Judy Darragh, Andrew Drummond, Stephen Bambury and Robert Hood. The gallery has been around since 1987, shifting to its current Sydenham location in 2013, and represents artists from various backgrounds and disciplines. 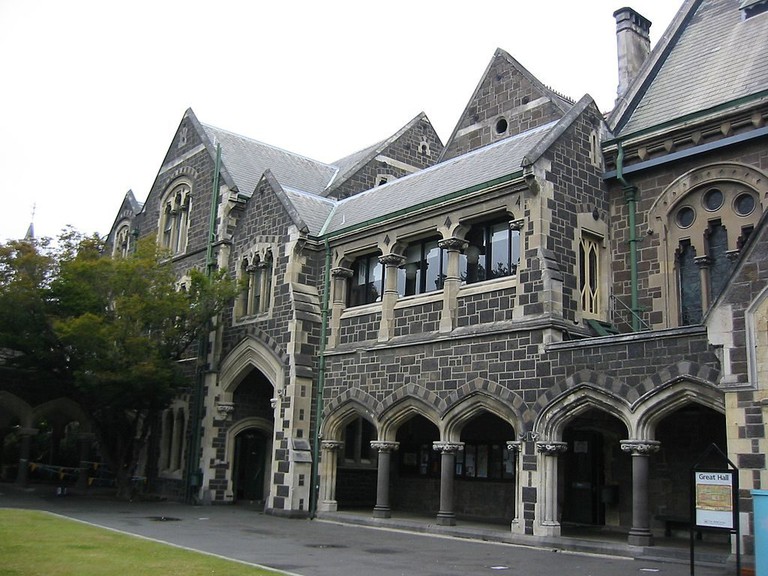 Christchurch Arts Centre Building | © Anke Lüdtke/Wikimedia Commons
A very recent addition to the local art scene, The Central was established by gallerist Johnathan Smart in collaboration with four other Christchurch families. This gallery is the first contemporary exhibition room to open at the Christchurch Arts Centre, a venue which has progressively been opening itself up to the public after the 2011 earthquake. The Central is located at the centre’s former library building, and its displays are carefully laid out to celebrate the room’s distinctive character.
Open In Google Maps
Christchurch Central Christchurch, Canterbury, 8013, New Zealand
+6433660989
Visit Website
Give us feedback

Art Gallery
Facebook
Email
Twitter
Pinterest
Copy link
Share
Map View
Opened in 2011, the Chambers Art Gallery focuses on showcasing fine art produced by leading and emerging New Zealand artists, including Jason Grieg, Rebecca Harris, and Sue Cooke. All practices, be it painting, photography, printmaking or sculpture, are accounted for – the gallery’s focus not being on a medium itself, but the quality and depth of each exhibition.
Open In Google Maps
241 Moorhouse Avenue, Sydenham Christchurch, Canterbury, 8011, New Zealand
+64226772810
Visit Website
Give us feedback

A showcase of artworks from the University of Canterbury and beyond, The Ilam Gallery always has something new and interesting to share: the top art portfolios to come out of Christchurch’s high schools, contemporary pieces reflecting on the aftermath of the Christchurch earthquakes, a homage to some of the country’s finest painters, or regular displays of the Ilam School of Fine Arts’ greatest hits are just a few notable examples. 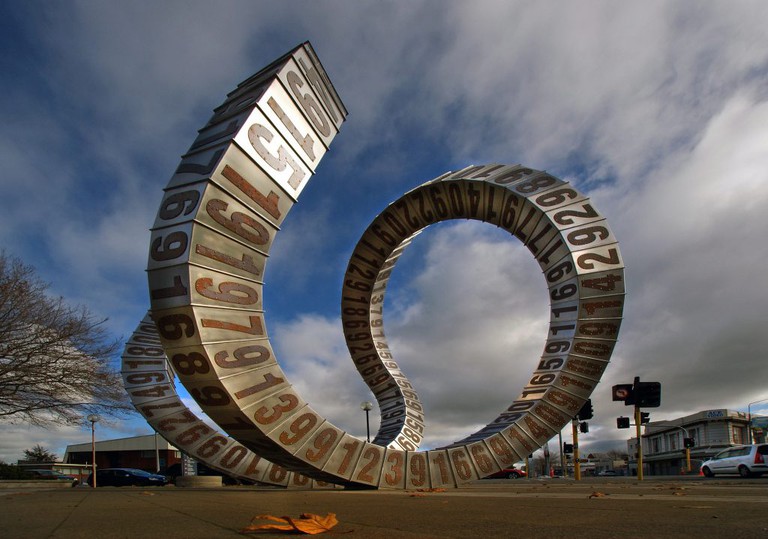 Museum, Art Gallery, Shop
Facebook
Email
Twitter
Pinterest
Copy link
Share
Map View
City Art Depot started out as a picture framing workshop in the suburb of Addington. It then evolved into a picture conservation space, providing museum-standard picture framing, installations, and artwork storage for private collectors and businesses. In 2002, City Art was expanded a third time to include a showroom and fine arts gallery. The gallery is particularly renowned for exhibiting printed works and paper drawings, though it represents artists working a wide selection of media.
Open In Google Maps
96 Disraeli Street, Sydenham Christchurch, Canterbury, 8024, New Zealand
+6433653811
Visit Website
Give us feedback

The National represents New Zealand’s contemporary jewellers. Along with showcasing the work of more than 40 different jewellery makers, the gallery also displays sculptural ceramics, glass, and object-based works. The National opened in 2004 and resided on High Street until 2011, temporarily relocating to a shared venue on Madras Street before permanently shifting to an independent space on Moorhouse Avenue. The gallery is open from Tuesday until Saturday and viewings are available by appointment. 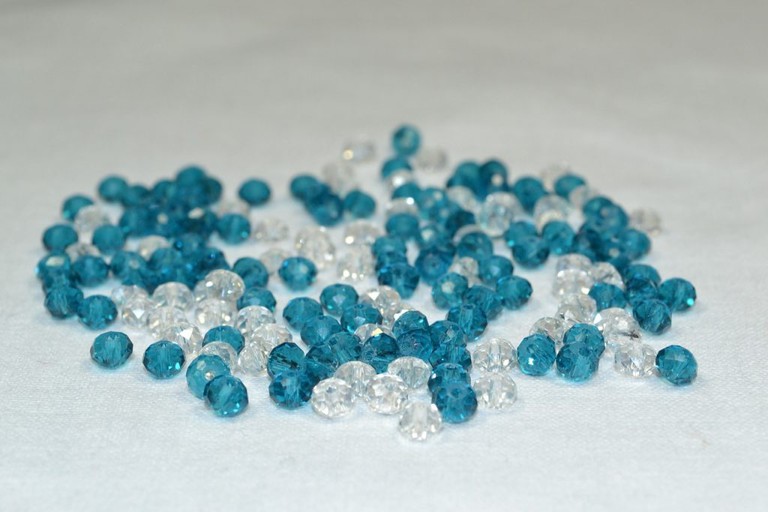 The Physics Room takes its name from the room it occupied at the Christchurch Arts Centre in 1996. The gallery has been at its current site in Tuam since 1999, and its mission has always been the same: to promote and highlight the importance of art in the wider social, political and cultural spectrum. Along with a regular schedule of events and exhibitions, The Physics Room also host an archival collection of contemporary art projects that are no longer in the public realm.

Out on the town 🌙

A unique, artist-run dealer gallery that runs alongside a print-making studio. Formerly known as the PaperGraphica Gallery, this space initially focused on exhibiting prints produced in-house, but has since evolved to represent local artists across all disciplines. Previous artists to exhibit their work at the PG gallery 192 include Euan McLeod, Darryn George, Philippa Blair, Nic Moon, Marian McGuire, and Sam Harrison. 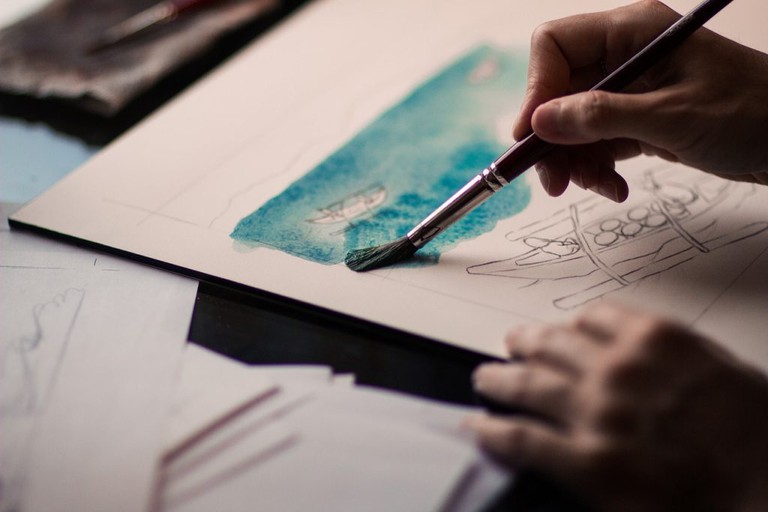