11 Underrated Towns in New Zealand You Need to Visit 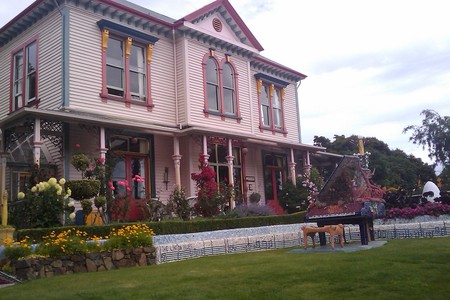 Have you ever thought about venturing outside of New Zealand’s travel hot spots? Wherever your itinerary takes you, it’s guaranteed that you’ll pass through some underrated gems that should be getting full recognition. Here are 11 towns in the North and South Islands that prove there’s much more to this small country than meets the eye.

Fairlie is commonly known as the gateway to the Mackenzie Basin, a South Island destination which is quite renowned for its snow-capped mountains and glacial lakes. The small rural town in the Canterbury region has a population of 717 and is located on the same highway that connects Christchurch to Queenstown. As for local attractions, the Fairlie Heritage Museum has one of New Zealand’s largest collection of vintage wagons and carriages. In the winter months, Fairlie is transformed into the ski base for Mt Dobson and Roundhill, while summer makes the area a great spot for hiking, horse riding, mountain biking, boating and trout fishing. 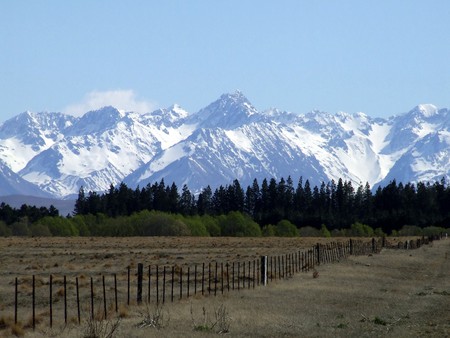 Akaroa is a harbourside town on the Banks Peninsula, just 84 kilometres (52 miles) from Christchurch. It is particularly renowned for being the South Island’s only French settlement, and a look at its street signs and buildings is all that’s needed to discover these historic origins. Akaroa has also gained traction in recent years for being a prime spot to catch a glimpse of the smallest and rarest dolphin in the world – the Hector’s Dolphin. New Zealand’s largest mainland penguin colony is also within close quarters of the township.

Whitianga is the second largest town of the Coromandel Peninsula. It is the main settlement of Mercury Bay in the eastern part of the peninsula, within close quarters of the picturesque Cathedral Cove. The Whitianga Marina is a popular spot for boating and fishing and the town’s coastlines are quite popular among visitors who want to soak up the summer sun. History buffs should definitely set their sights on the Mercury Bay Museum, which relates the Coromandel’s heritage from Polynesian settlement through to James Cook’s first expedition in the Endeavour. 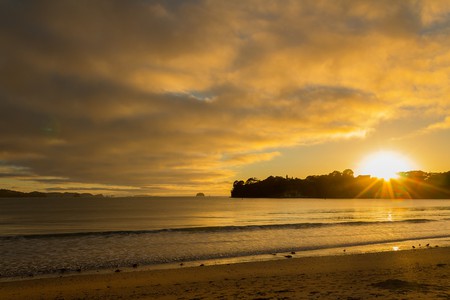 The rural town of Inglewood is located right by Mount Egmont in the Taranaki region. It lies 16 kilometres (9.9 miles) southeast of New Plymouth, which is the largest town in the district. Inglewood’s Railway Station Yard is recognised for its national significance as New Zealand’s oldest remaining railway station. The town is also home to the Fun Ho! National Toy Museum, which showcases a trove of classic toys, models and figurines produced between 1935 and 1982. 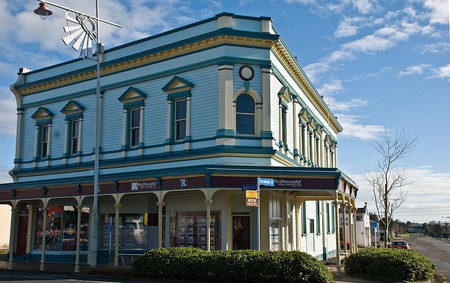 Kaitaia is located in New Zealand’s Far North district and is the last town you pass by before reaching Cape Reinga. It is situated 5 kilometres (3.1 miles) west of Ahipara Bay, the southernmost point of the famous Ninety Mile Beach. Kaitaia has an interesting Maori and Dalmatian heritage to share, which visitors can discover as they navigate through the local museum. If you’re keen to explore the regional viticulture, the award-winning Okahu Estate vineyard is just 3 kilometres (1.7 miles) from Kaitaia and the Karikari Estate Winery (home to New Zealand’s northernmost vineyard) is also within a short driving distance. 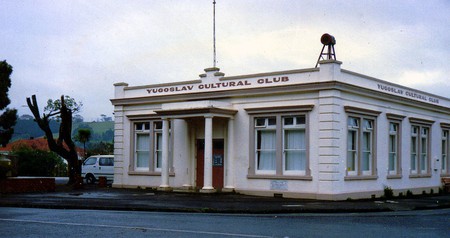 Wairoa is the closest town to Te Urewera National Park, which is home to one of New Zealand’s Great Walks as well as encompassing a stunning assortment of lakes, native forests and mountains. The town is the northernmost in the Hawke’s Bay region, situated 118 kilometres (73.3 miles) northeast of Napier and 92 kilometres (57.2 miles) southwest of Gisborne. Wairoa has hosted the Maori Film Festival since 2005, screening various indigenous films from New Zealand and abroad at its revitalised Gaiety Theatre. Other local attractions include the Old Portland Lighthouse, the Coast Park Gardens and Black Beach. 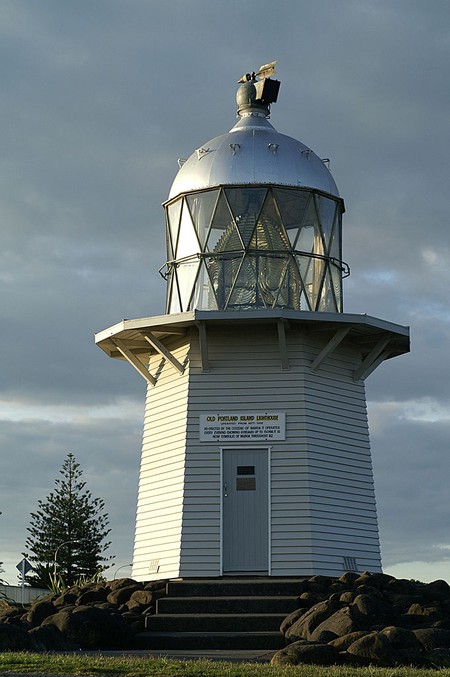 Hanmer Springs is a South Island town located 135 kilometres (83.9 miles) southwest of Kaikoura and 130 kilometres (80.8 miles) northwest of Christchurch. Over the years, the area has become a must-visit for those wanting some apres-ski rest and relaxation, as the town’s hot pools and thermal springs are always a hit with passing travelers. The two main ski terrains on its doorstep are the Hanmer Springs Ski Area and Mount Lyford. Other popular activities in the area include jet boating, hiking, bungy jumping and mountain biking. 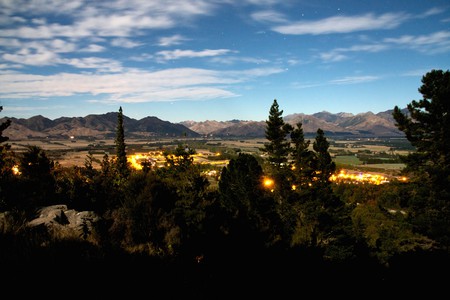 Previously known as Cambelltown, Bluff is the southernmost town in New Zealand and is usually the gateway into the conservation gem that is Stewart Island. It was one of the first areas to receive European settlers, with the first ship arriving on its shores as early as 1813 (by comparison, New Zealand didn’t become a British colony until 1840). Bluff oysters are a regional speciality and even the local maritime museum celebrates this in its most popular exhibit: a full-size oystering boat known as The Monica, which visitors can board to discover its inner mechanisms. 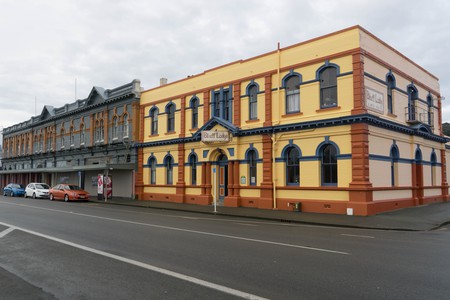 As you venture out of the Bay of Plenty (home to tourist favourites like Rotorua) and into the North Island’s Eastland region, you’ll find yourself in Opotiki. The area holds a special place in Maori history, as it was one of the first places the indigenous population settled onto. Opotiki’s main streets are lined with Maori carvings and the Hukutaia Domain is home to a remarkable native plant collection, which includes a 2,500-year-old Puriri tree that’s very sacred to the local population. The town is also renowned for its beaches which are a must-visit for keen surfers, as well as the area’s surrounding rivers and forests. 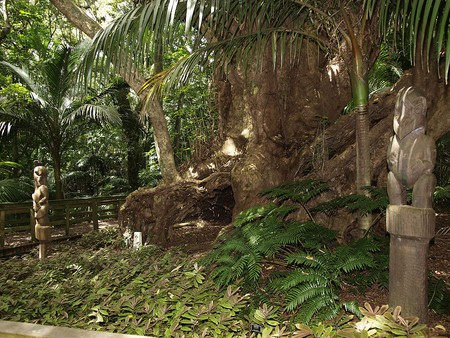 Masterton is a large town in the Wairarapa Region, an area which is separated from neighbouring Wellington through the Rimutaka Ranges. Sheep shearing is the area’s forte, as every March Masterton hosts the world’s premier wool-handling and shearing championships, known as the Golden Shears. Stereotypical quirks aside, Masterton is also an aviation enthusiast’s paradise, housing an impressive vintage aircraft collection at the Hood Aerodome and also hosting the Wings Over Wairarapa show every couple of years. The town is also within close range to the exquisite Castlepoint and Riversdale beaches. 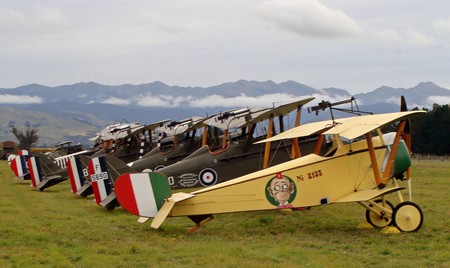 Greymouth is the largest town in the South Island’s West Coast region. It lies at the mouth of the Grey River, on a narrow coastal plain within close range of the Southern Alps. Sightseers, take note: on a clear day, you can usually see Aoraki/Mount Cook from a faraway distance. The famous Tranzalpine train route, which departs from Christchurch, also makes its final stopover at Greymouth. Galleries specialising in pounamu (New Zealand jade) art and the Monteith’s brewery are some of the town’s must-see attractions. 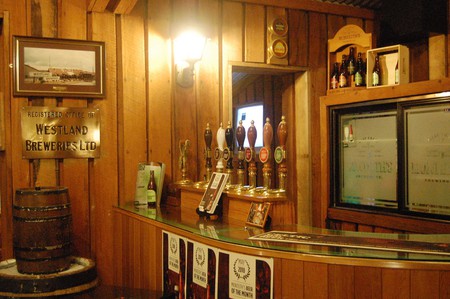 Monteith's Brewery in Greymouth | © edwin.11/Flickr
Give us feedback