When living or travelling for a while in New Zealand it is impossible not be affected by the ubiquitous Kiwi spirit. It’s a country full of people that don’t take themselves too seriously who know how to take time to smell the roses and who, generally speaking, know what they like — even if those outside their island nation might not have the foggiest what they mean when they say “I’m just off to the dairy to get a chocolate fish, some Tip Top hokey-pokey and some Pineapple Lumps.”

To help, here is our guide to a 11 Kiwi classic brands.

To answer your first question, it stands for Lemon and Paeroa, just like it says on the giant bottle that you’ll find outside Paeroa — the town where it was originally produced. That should answer the probable next query too. Paeroa is not a what, as many people presume, but a where. It refers to the carbonated mineral water that is combined with the lemon juice to make the NZ beverage. Visitors may never have heard of it, but, like the humorously pretentious slogan states, it’s “World famous in New Zealand.” 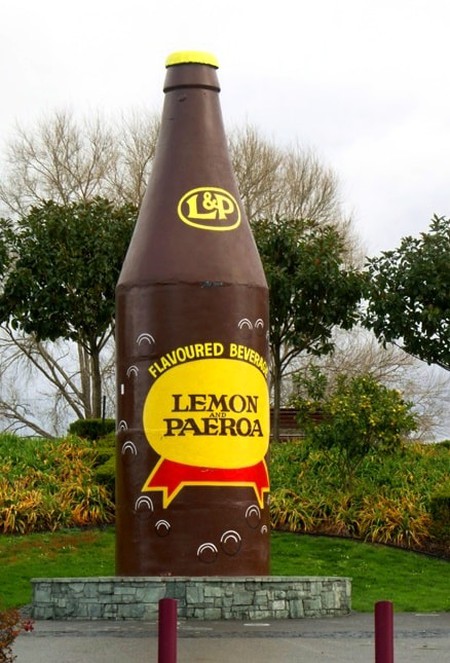 Now, we’ve chosen the Big Ben brand of pies because it’s a familiar pie-warmer inhabitant all the way from the Coromandel to Nelson and been around since 1969. However, it would be remiss of us not to mention that pies in general are a key component to everyday New Zealand life. Whether you’re off to the building site at 6 a.m., on a tight backpacking budget and need some lunch on the road, or weaving your way back home at 3 a.m. after a few too many libations, a pie — whether it be a fresh bacon and egg, creamy chicken or stodgy mince and cheese — will always see you right. 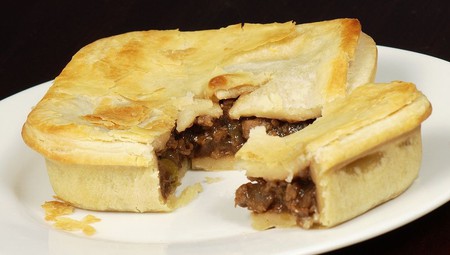 Another piece of Kiwiana — that is to say any item that represents iconic Kiwi elements — these sweets (or lollies, as the locals say) are basically little squares of chewy pineapple delight, covered in lovely milk chocolate. When the world was young and God was handing out the assets — diamonds for Africa, oil in the Middle East and whatnot — legend tells that New Zealand was the lucky nation to get given the, er, Pineapple Lumps.

The coffee culture is strong in New Zealand, and there are more fantastic independent cafes than even the most strung-out caffeine-fiend could ever dream about getting round to visiting. On receiving your coffee, you’ll most likely get a wee treat on the side of your saucer. More often than not this will be a Jaffa. These little dark chocolate balls of goodness are flavoured orange and covered in a hard sugary shell. Are they that popular? On average, New Zealand as a country eats 66,000 of them. A day.

The All Blacks are the most successful sports franchise in history. Ever. Like, ever. They have won 75% of the games they have played in their 125 year history and are more accomplished than Brazil in football or Australia in cricket. There is a reason that most New Zealand fans go to watch the All Blacks and don’t speculate on whether they’ll win but by how many points. Rugby is ingrained into the NZ culture, so if there is one brand that you remember from this list than make sure it is the ABs. Turning up in New Zealand and not knowing who these guys are is as certain a way as any of getting deported. 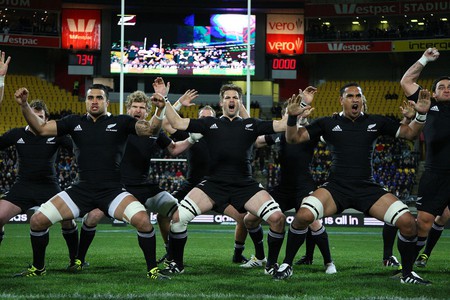 The All Blacks perform the haka in the new jersey before the All Black v South Africa test match at Westpac Stadium, Wellington, NZ. 30 July 2011 Credit: Jo Caird/RugbyImages

The Warehouse (where everyone gets a bargain), is the largest retail group operating in New Zealand. Whilst the massive shops have about as much personality as a brick, they do hold everything you might conceivably need to grab in a hurry under one roof. The giant red sheds can be seen in every major town and city, and whilst many condemn them, it would be an untruthful person that said they hadn’t availed themselves of their services at least once. Whether you’re after an indoor plant, bed, television, hammock or new suit at a moment’s notice and at a bargain price, The Warehouse will have you covered.

Air New Zealand is (unsurprisingly) the national airline of NZ. Its service is fantastic, and recognised as such in the industry. What really sets them apart though, is their support and collaboration with other New Zealand companies and projects. For example with the release of The Hobbit movie trilogy, they had several of their planes decorated with dwarves, elves and Smaug the dragon. They also filmed a phenomenal new safety video where stewards and stewardesses sported elf ears, and even Gollem made an appearance. 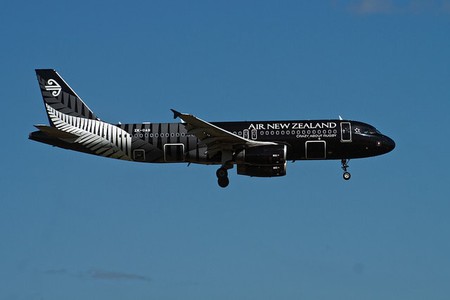 If there’s one sure-fire way to ingratiate yourself into a barbecue when in the South Island, it’s turning up with a box of Speights under your arm. It’s not as sweet as most of its New Zealand counterparts, but it lends itself well to washing down a bit of game. 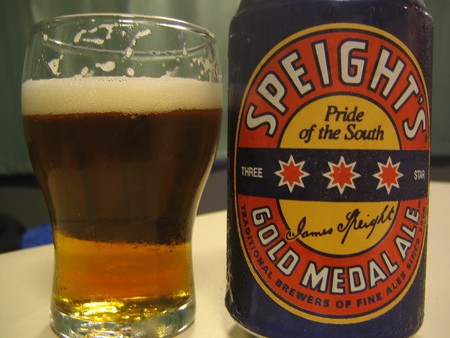 This story is all that is needed to illustrate the importance of Marmite to the Kiwi nation. There were many terrible consequences to the Christchurch earthquake that hit that region in 2011. One of them was that the Sanitarium factory that produced the yeast spread was damaged to such a degree that production wouldn’t be able to recommence until June. In fact, it wasn’t until two years later, in 2013. On March 19, a day that will live in infamy, Sanitarium told the public that they had run out of Marmite. Many supermarkets announced they had already run out and only had a couple of weeks of back stock. People, in their panic, inundated shops to gather up as much of the yeasty spread as they could carry. And thus, Marmeggedon began, and Marmite began to be referred to as “black gold”. Jars were being auctioned for up to NZD$800, and even the Prime Minister admitted that he may have to switch to Australian Vegemite when his personal stock was exhausted. It was a dark and sticky time. Eventually the drought ended though, although customers were initially limited to two jars each.

So, yeah, Kiwis love the stuff. 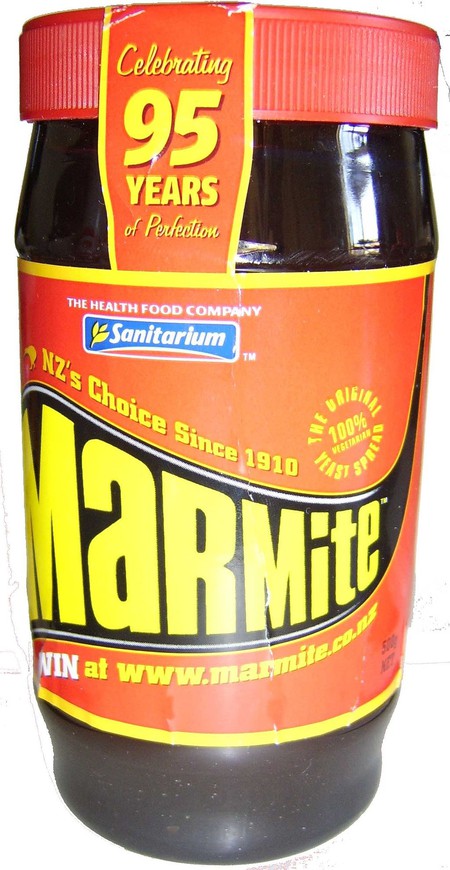 This company was established back in 1896 by J.H Whittaker in Wellington. It survived through two world wars and numerous other ups and downs. It was in 1950 that a true Kiwi icon was born in the form of the Peanut Slab. Over the years, the company stayed dependable, making incredible chocolate for the masses and has even collaborated with other brands on our list, such as L&P and The All Blacks to produce limited edition products. 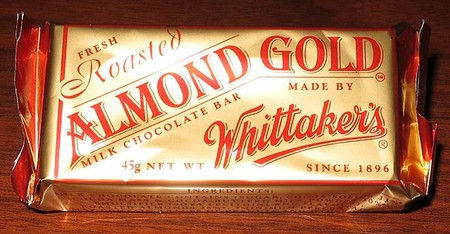 Just as Heinz beans and tomato sauce are a household staple in the Northern Hemisphere, so is Wattie’s in the Antipodes. For a country that prides itself on its fish and chips, it comes as no surprise that this brand is on the list. If there isn’t at least one request of “Pass the Watties, bro,” when a bunch of people are gathered around a meal of F&C at the beach, then it’s not quite the genuine experience. 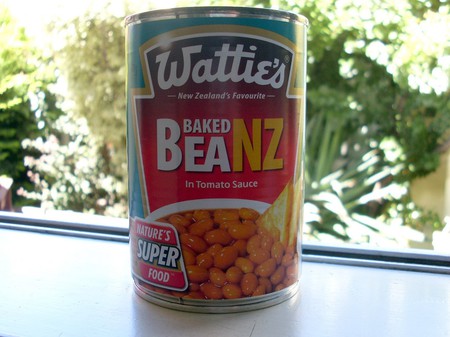