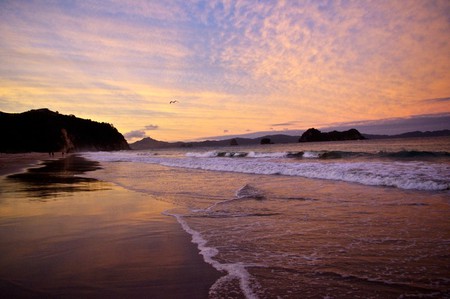 New Zealand’s South Island may be the apple of many travellers’ eyes, but that doesn’t mean it should hog all the glory and praise. The North Island is home to an exquisite collection of beaches, mountains, forests, geysers, and many other natural treasures just begging to be discovered. Let’s show some love to the north’s finest landscapes by delving into 11 of its most remarkable destinations.

Cape Reinga sits right at the tip of the Aupouri Peninsula, at the north end of the North Island. It’s not quite the northernmost point of the country, though, as the North Cape is slightly further ahead. Kaitaia is the closest town to it, and the Ninety Mile Beach is also en route. Cape Reinga is quite sacred to Māori, who believe that this is the departure point of the deceased into the underworld. A gnarled pōhutukawa tree, believed to be more than 800 years old, is said to take the spirits from the Cape into the ancestral homeland of Hawaiki. 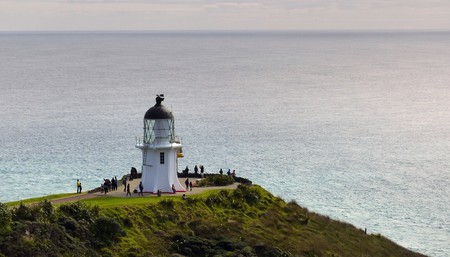 Russell, in the beautiful Bay of Islands, was one of New Zealand’s first European settlements – and the country’s first capital. This historically significant town, formerly known as Kororāreka, was a prominent point for whaling and sealing in early colonial times. Nowadays Russell lays claim to having the country’s oldest industrial building, as well as the oldest surviving Anglican church. The lavish Eagle’s Nest mountain lodge is one of town’s most famous modern fixtures. 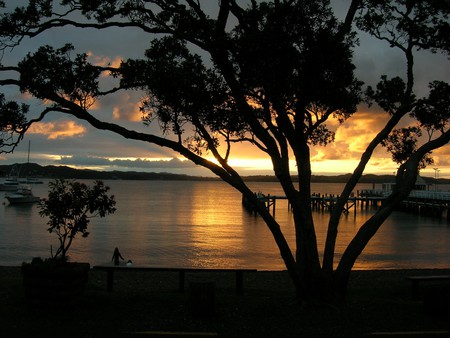 The Coromandel is a nature lovers’ paradise: pristine beaches, cinematic rock formations, and misty forests are some of the attractions that entice visitors to venture into this destination. The rugged 85-kilometre (52.82-mile) peninsula, named after the British Navy ship HMS Coromandel, is close to some of the North Island’s largest centres – with Auckland in the west and Tauranga in the east. Despite its accessibility, the region’s largely uninhabited forested ranges exude an off-grid charm that add to the Coromandel’s appeal.

Rotorua is a town set on its namesake lake, in the Bay of Plenty region. It is particularly renowned for its rich Māori heritage and compelling geothermal activity. Bubbling hot pools in Te Puia’s Whakarewarewa Valley, the constantly erupting Pohutu Geyser, the underrated Mokoia Island, and the nearby Buried Village (which was famously destroyed by a volcanic eruption in 1886) are some of the area’s prized attractions. 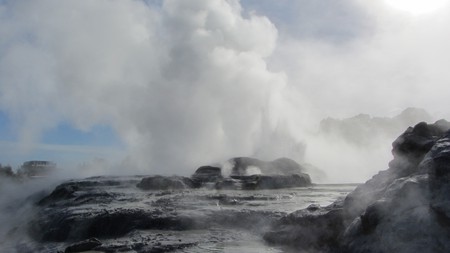 Mount Maunganui is a laid-back suburb in the Tauranga Harbour. Its unique peninsula is composed of a magnificent sandbar, with a sheltered bay on the inner side of the harbour and a lovely surf beach along its open ocean stretches. The area’s famous summit, Mauao, sits right at the tip of the peninsula too – multiple tracks will lead you up top, where you can truly relish your surroundings. 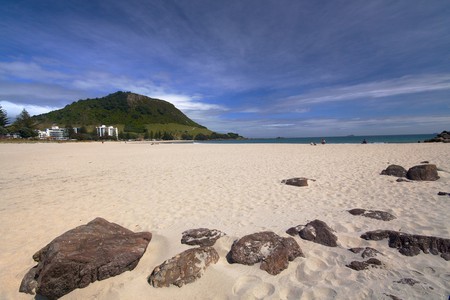 The Hawke’s Bay is a region right on the North Island’s east coast. It is quite famous for its beaches, wineries, architecture, and for housing the hill with the longest name in the world: the Taumatawhakatangi­hangakoauauotamatea­turipukakapikimaunga­horonukupokaiwhen­uakitanatahu (or Taumata Hill for short!). Napier and Hastings are its two main centres – both of which are renowned for their Art Deco and Spanish Mission style architecture, which was brought to life in the 1930s following one of New Zealand’s most destructive earthquakes. 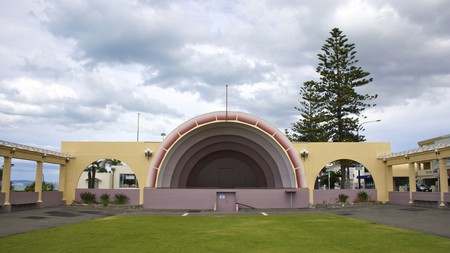 Lake Taupo sits in the caldera of a volcano with the same name, and is New Zealand’s largest lake by surface. With an area of 616 square kilometres (238 square miles), Lake Taupo is also the second largest freshwater lake in the entire Oceania region – closely behind Papua New Guinea’s Lake Murray, which has a surface area of 647 square kilometres (250 square miles). Some of its magnificent features include the mighty Huka Falls, and the ever-compelling Mine Bay Rock Carvings. An array of sporting activities — particularly cycling and skydiving —, contribute to the lake’s popularity in the high summer season. 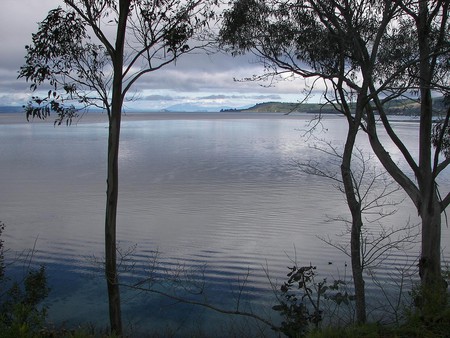 Mount Ruapehu is an active stratovolcano right at southern end of the Taupo Volcanic Zone. The area is home to the North Island’s primary ski resorts – the Whakapapa Ski Field, Happy Valley National Park, and Turoa. It is also the only place outside of the South Island where you’ll get to see some glaciers. Ruapehu consists of three major peaks: Tahurangi, Te Heuheu and Paretetaitonga. These are separated by a deep active crater which, between a series of massive eruptions, were filled up by Ruapehu’s Crater Lake.

Tongariro National Park is a UNESCO World Heritage Site and is also New Zealand’s oldest national park. It is especially renowned for its three active volcanoes (including the aforementioned Ruapehu), the beautiful Emerald Lakes, boiling hot pools, and the incredibly popular Tongariro Alpine Crossing. The park is also home to a number of Māori religious sites, and its surroundings made frequent appearances in Peter Jackson’s Lord of the Rings films.

New Plymouth is a city on the North Island’s west coast in the Taranaki region. A coastal walkway, stretching from Bell Block to Port Taranaki, it is one of its finest scenic attractions. Other highlights include Te Rewa Rewa Bridge, with its expansive views of Mount Taranaki; the Govett-Brewster Art Gallery and Len Lye Centre, with their remarkable contemporary exhibitions; and the nearby Pukekura Park, with its gorgeous botanic garden and abundant birdlife.

The Rimutaka Range is one of the mountain ranges along the ridges that run parallel to the east coast, between the East Cape (where Gisborne is located) and Wellington regions. Often called ‘the Rimutakas’ by locals, it covers 55 kilometres (34.18 miles) in distance: starting at the upper ridges of Hutt Valley before joining the southern end of the Tararua ranges, and completing the trajectory at the eastern end of Palliser Bay. Its highest mountain peak is Mount Matthews, which has a height of 940 metres (3084 feet).

View from the Rimutaka Crossing | © Henry Burrows/Flickr
Give us feedback