10 Poems That Capture The Spirit of New Zealand 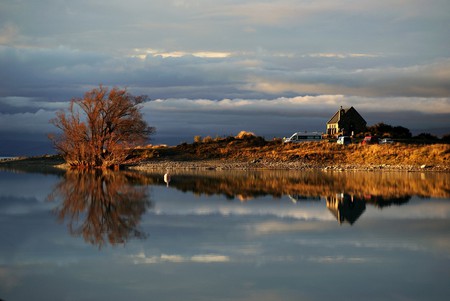 You’ll hear many people wax lyrical about New Zealand – especially when it comes to its awe-inspiring scenery, panoramic vistas, and lovely wildlife. It’s not surprising then that this country has inspired some cracking poems. Here are our top 10 picks for the poems that most succinctly capture the essence of New Zealand.

Let’s start off here, with a poem from one of New Zealand‘s all-time great poets, James K. Baxter. This poem is titled New Zealand and weaves us a picture of a New Zealand from an older time. A New Zealand that has just been discovered, perhaps. A wild place that is shrouded in beautiful mystery. Here is the opening stanza.

These unshaped islands, on the sawyer’s bench,

Wait for the chisel of the mind,

Green canyons to the south, immense and passive,

By the deer-culler’s shot, or else in the north

Tribes of the shark and the octopus, 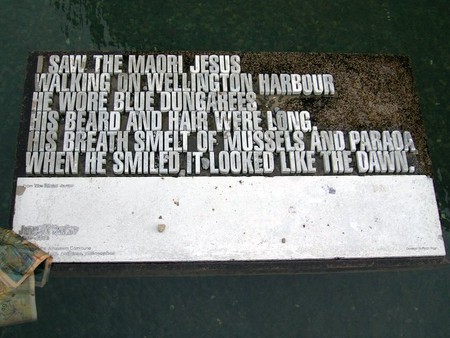 When the wattle-blooms are drooping in the sombre she-oak glade,

And the breathless land is lying in a swoon,

He leaves his work a moment, leaning lightly on his spade, And he hears the bell-bird chime the Austral noon.
The parrakeets are silent in the gum-tree by the creek;

The ferny grove is sunshine-steeped and still;

His little lonely cabin on the hill.

This poem is about the younger son in a family who relocates to New Zealand from England after World War Two and starts farming in this new, fresh country. It has some fantastically evocative descriptions of the the New Zealand countryside and transports the reader to the rolling pastoral countryside for which NZ is so famed. If you want to take a 10-minute holiday to a simpler and more satisfying place then this is the poem for you.

This short poem is specifically about a New Zealand icon, and a lovely mineral – pounamu. This stone is otherwise known as greenstone and is of great importance to the Maori culture. A poem about pounamu? Well, it doesn’t get a lot more Kiwi than that.

Airini Beautrais’s poem really paints a picture not just of New Zealand as a geographical place, but as a nation with its own unique identity.

The years move on, and time expands
the distance, but the tale persists:
they formed a circle, holding hands,
around this smallest of small lands.

The poem was written after Whanganui iwi occupied Pākaitore/Moutoa Gardens for 79 days. The occupation sought to restore mana over the site, a former pā and trading place, and to highlight treaty claims and tino rangatiratanga. When police came to break the gathering up, a group of supporters of the protest organised an action, holding hands around the park to obstruct police entry.

One World by Briar Wood

sand tickles through your hands, the egg timer’s trickle of
instant infiltrating towels, toes, feet, sheets, carpet, mat,
crotches, watches, bikinis and togs. Sand cannot build
a house for the Lord, thank heavens, or castles, but it can
stand for oases, deserts, burnt-out campsites, caravans.
Sand grows shellfish and succulents such as aloe that heal.

Food to Song by Ben Kemp

There are few things that unite people and cultures like food. Kemp views traditional food sources through various lenses, including science, history, farming, hunting, preparation and eating, then weaves elements of each viewpoint together to build for the reader a minimalist yet mystical picture. Here is an excerpt from his short poem about the much-loved kumera – or sweet potato.

Rekamaroa,
a bed of hot river stones,
under the earthen blanket,
steam rises, the buttery smell of pork belly.

“Mana” is an Oceanic word found in 29 living languages.

In her poem, Karlo Mila recognises and reflects on how words indigenous to the region are often not readily translatable in English. As a Pacific nation, reading this poem gives the reader a look into the Maori culture and the words in it that aren’t easily translatable to English. It’s an interesting juxtaposition between the two cultures that most recognisably make up New Zealand’s identity.

Into the First Cold by Albert Wendt

Albert Wendt is considered internationally as one of New Zealand’s and the Pacific’s major novelists and poets. His work has been translated into many languages and published and taught around the world.

This poem is a fine story of a young man moving from Samoa to Taranaki and dealing with the change in climate. As he gets older he adapts, but one sort of cold is replaced with another when he learns about the taking of land in New Zealand’s turbulent past.

Talking about her poem, Hitch, Angela Trolove says: “‘Hitch’ was my experience on a road trip from Barcelona to Dijon three years ago. I was offered a lift with a couple who I didn’t realise had just broken up, but still had to get their vehicle home to Berlin. I had not even a thin itinerary; at this stage I’d given myself only the brief to encounter many places in Europe and to do so without air travel. The arbitrariness of my direction unnerved me.

“One afternoon worn out with this lack of agenda, out of the blue a huge sense of peace came over me, a sense of familiarity with my surroundings. This sense of relief is what I expect the poem to convey, the sense that the world around me has been and always will be made of . . .”
Grass, stones, and wood,
and the greatest of these is grass.

This poem feels a lot like the perfect road trip in New Zealand should make you feel. It is infused with a sense of adventure and the idea of giving yourself up to the universe and the future.

Why She Quit Queen at Night by Carin Smeaton

‘Why She Quit Queen at Night’ is from Smeaton’s first book, Tales of the Waihorotiu. It tells of the stream running beneath Auckland’s main street, Queen Street. It was bricked up and shut away from the daylight in the 19th century and Smeaton explores the idea of a secret world beyond the one we know through this medium.