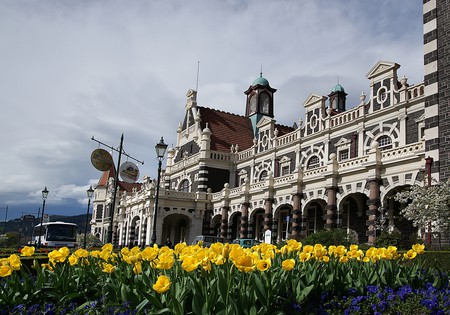 The South Island city of Dunedin is home to some of New Zealand’s most impressive architectural creations. Its historic buildings have been greatly influenced by Edwardian design conventions, and the area’s strong Scottish connections also helped shape these remarkable structures. Here are 10 gems that you’ll get to discover on a typical downtown heritage expedition. 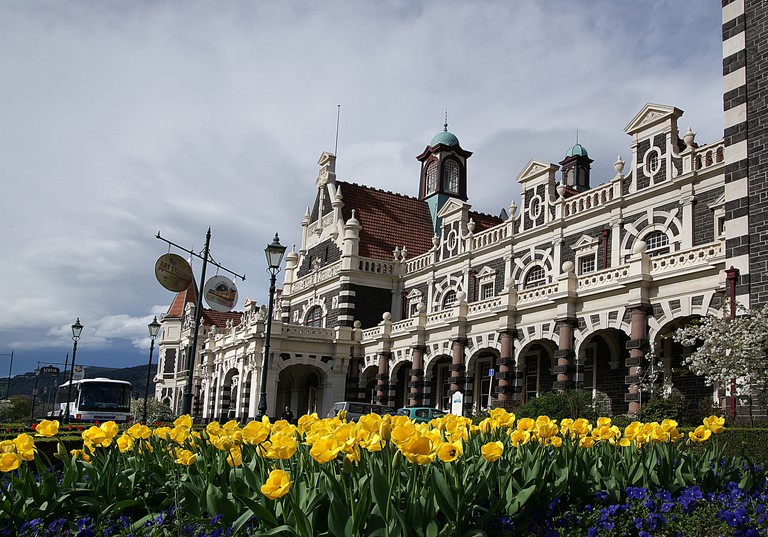 Dunedin Railway Station | © Bernard Spragg/Flickr
Widely regarded as one of the finest pieces of Edwardian Baroque style architecture in New Zealand, the Dunedin Railway Station was built right when the national rail system was thriving. George Alexander Troup designed the ornate building, which was completed in 1906. Troup was given the nickname ‘Gingerbread George’ because of his ambitious concept for the station: think stained glass windows with locomotive drawings, mosaic tiles, and a gate with elaborate railings. These days, the Railway Station is one of the most photographed landmarks in the country.
Open In Google Maps
Dunedin Central Dunedin, Otago, 9016, New Zealand
Visit Website
Give us feedback

The Old Bank of New Zealand is a Venetian Renaissance architectural style building on the corner Princes and Rattray Streets. It was designed by W. B. Armson, one of the first professionally trained colonial architects to work in New Zealand, and completed in 1882. Oamaru stone facades, adorned with carvings of New Zealand plants and landscapes, is this structure’s standout feature. The interior was refurbished in 1958 by Mandeno and Fraser, and the building currently houses a law firm. 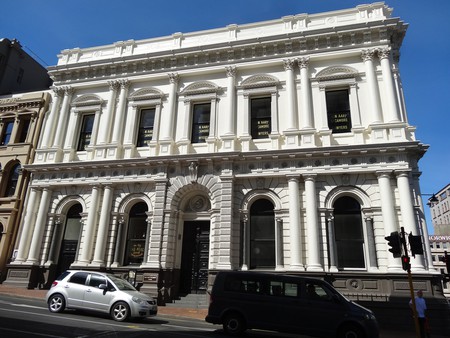 Completed in 1898, Dunedin Prison was the second jail to be built in the city. The structure, designed by Scottish architect John Campbell, is renowned for its contrasting brick-red and white exterior hues and its Edwardian neo-Baroque aesthetics. The building was recently sold to the Dunedin Prison Charitable Trust, a group that was established to restore the prison and transform it into a prime visitor destination. 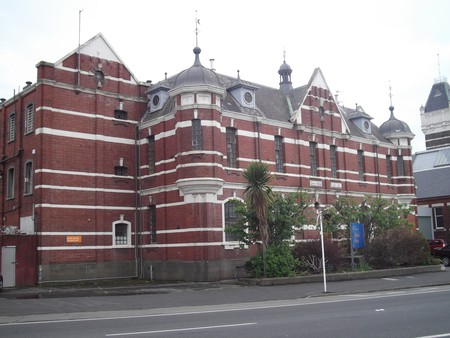 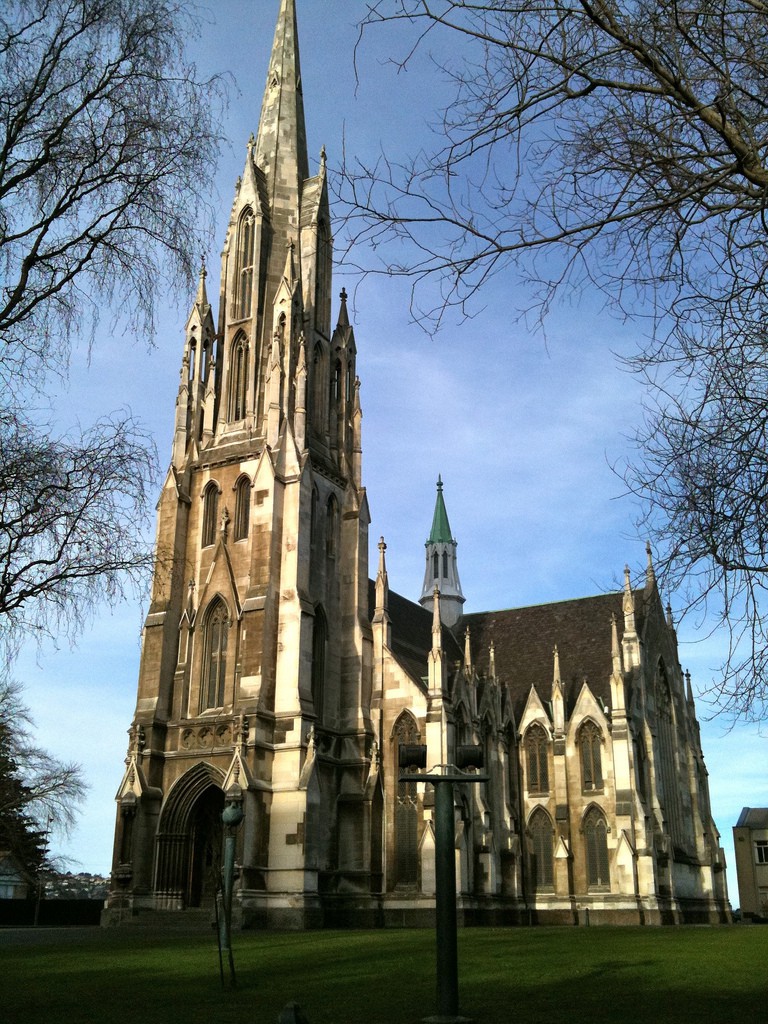 First Church of Otago | © Ben Lopatin/Flickr
Designed by R. A Lawson, this prominent Gothic style church sits right at the heart of Dunedin city. Its construction process, which started in 1867 and finished in 1875, was not without its setbacks. In 1873, Lawson noticed that the spire was too short and misaligned, getting it dismantled and rebuilt. The inside and outside of the First Church of Otago were carved by Louis John Goddfrey, and Oamaru stone was employed in the construction of the church face.
Open In Google Maps
415 Moray Place, Dunedin Central Dunedin, Otago, 9016, New Zealand
+6434777118
Give us feedback

This is the only castle to have ever been built in New Zealand. Larnach Castle was constructed in 1871 under the commission of local politician and businessman William Larnach. An elevated Otago Peninsula setting, impressive Victorian style design, and remarkable 14-hectare gardens are some of the castle’s key highlights. Today, Larnach Castle is a popular tourist attraction as well as host for conferences, weddings and special events. 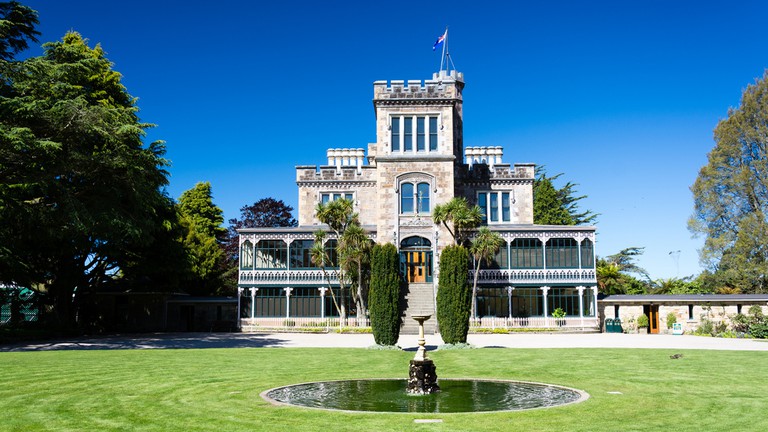 The Law Courts were also designed by John Campbell, and are considered one of New Zealand’s finest examples of Gothic civic architecture. Opened in 1902, the courthouse was built on the site where the very first prison was situated. The building is still used as Dunedin’s law courts, and comprises four courtrooms as well as the local Law Society’s library. 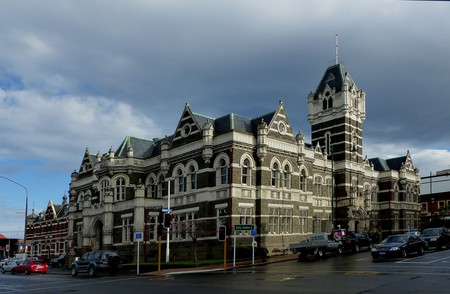 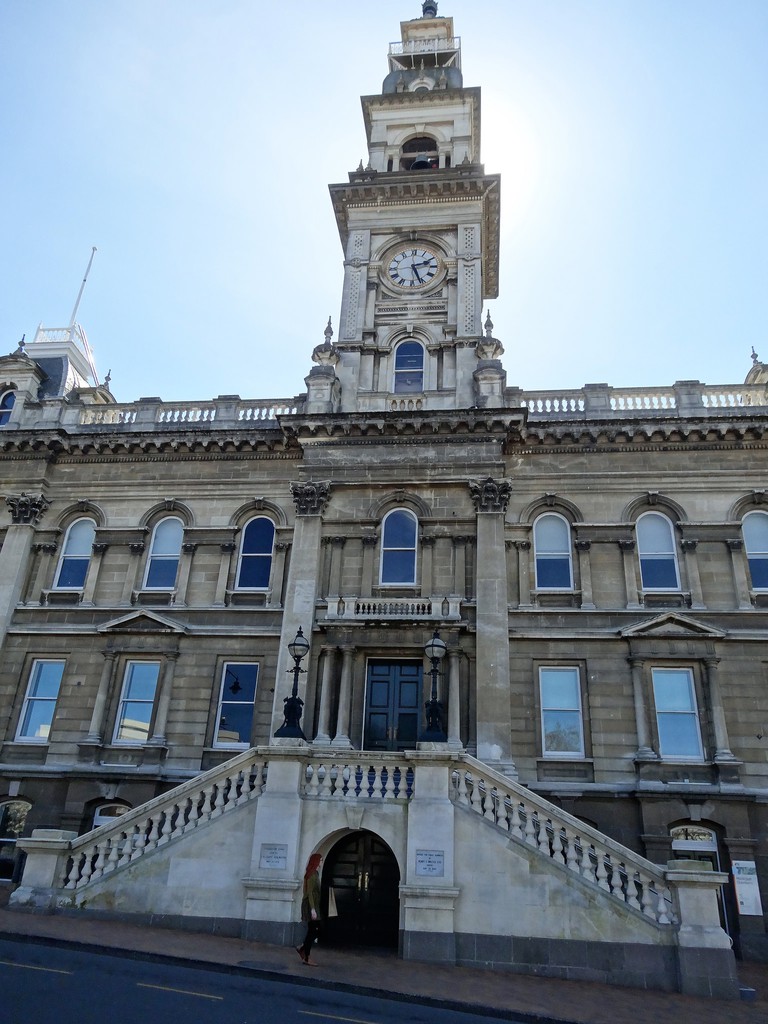 Municipal Chambers, Dunedin | © denisbin/Flickr
Since its completion in 1880, the Municipal Chambers, which were designed by R. A. Lawson in 1878, have received a number of alterations. The original front steps were removed and replaced in 1919, and the same thing was done to the bell tower in 1963. A symphonic pipe organ – still operational today – was fitted to the chambers in the interim. The building set the scene for the establishment of New Zealand’s first City Council and is presently the home of Dunedin Town Hall.
Open In Google Maps
Otago, 9016, New Zealand
+6434792823
Visit Website
Give us feedback 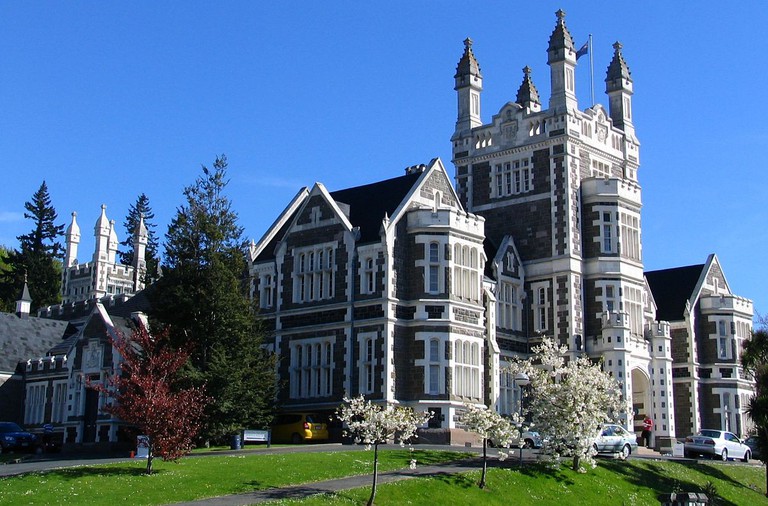 Otago Boys' High School | © Benchill/Wikimedia Commons
One of New Zealand’s oldest secondary institutions, the Otago Boys’ High School was founded in 1863, relocating to its current site in 1885. R. A. Lawson was tasked with its design, which is considered one of the finest examples of Gothic architecture in the New Zealand. The prominent landmark is high above ground in central Dunedin and is renowned for commanding excellent views of its surroundings.
Open In Google Maps
2 Arthur Street, Dunedin Central Dunedin, Otago, 9016, New Zealand
+6434775527
Visit Website
Give us feedback 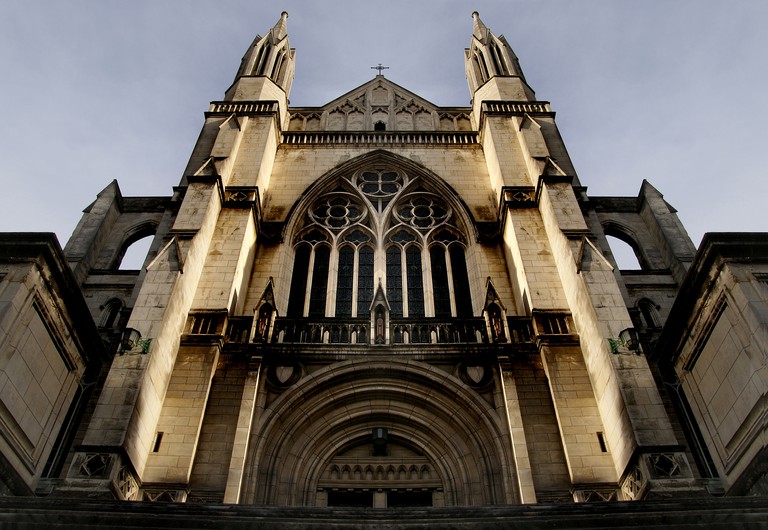 St Paul's Cathedral, Dunedin | © Bernard Spragg/Flickr
Located at the heart of Dunedin’s main city plaza, St Paul’s Cathedral is the mother church of the local Anglican diocese. Designed by Sedding and Wheatley and completed in 1919, the cathedral replaced the former Parish of Saint Paul – the latter of which was, for many years, the cause of much debate because of its poorly-devised construction. Known for its massive foundations and tremendous vaulted ceiling, the new cathedral ran out of funds before the final crossing and chancels were built. In the end, it was decided not to complete the original design.
Open In Google Maps
228 Stuart Street, Dunedin Central Dunedin, Otago, 9016, New Zealand
+6434772336
Visit Website
Give us feedback 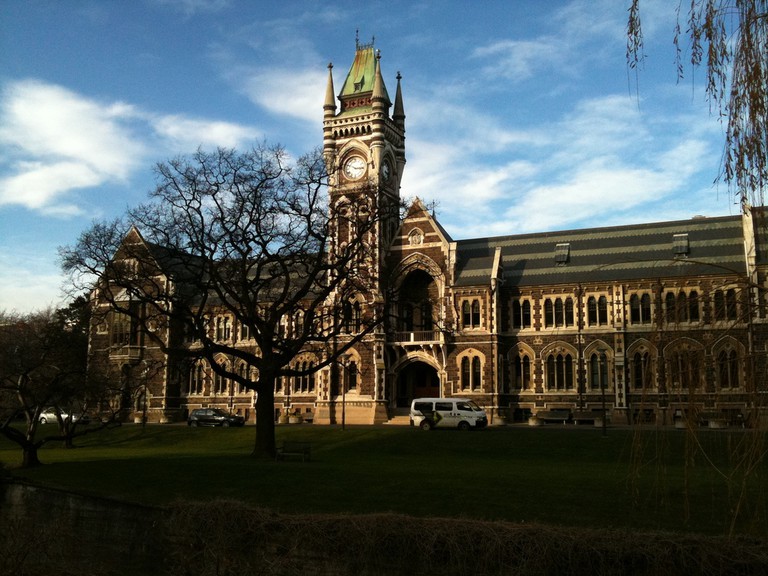 University of Otago Registry | © Ben Lopatin/Flickr
Nelson architect Maxwell Bury’s design won the bid for the University of Otago Registry, which was built in 1879. In 1883, a new wing was added to this stunning structure, to accommodate the university’s new medical, chemistry and mining courses. The registry, however, is most famous for its clock tower: a prominent feature that overlooks the entire university like a shining beacon. The University of Otago is located to the north-east of Dunedin and the clock tower is visible from St David Street.
Open In Google Maps
Clocktower Building Leith Street, North Dunedin Dunedin, Otago, 9016, New Zealand
Visit Website
Give us feedback
Give us feedback