Shades Of Light And Dark In Modern New Zealand Cinema 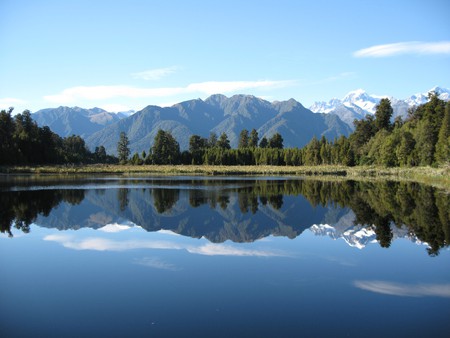 In 1996, Sam Neill directed a BBC documentary on the New Zealand film industry. Its title, Cinema of Unease, referred to the dark themes of the country’s most famous films. New Zealanders are still producing brooding cinema, but with a noted injection of humour, courage and innovation. Here are 10 to consider.

With a fairly nondescript landscape and no famous residents, the town of Otorohanga has taken it upon itself to be the unofficial home of Kiwiana – the strange collection of items and icons that sum up what it means to be a New Zealander. Among this quirky list is Number Eight wire, a gauge of metal wiring used by the archetypal Kiwi bloke to repair all manner of things.

It is a point of pride for New Zealander’s to show ingenuity and the country’s favourite son, Peter Jackson, displayed plenty in his debut feature Bad Taste. A low-budget, sci-fi, “splatstick” affair, Bad Taste catalogues the story of an invasion of aliens looking to harvest humans for an intergalactic fast-food franchise. Jackson shot the film with a collection of friends over four years – whenever his savings would allow – baking the aliens’ prosthetics in his mother’s oven. Far from the epic grandeur of The Lord of the Rings trilogy, the absurd Bad Taste gave Jackson a reputation as a budding director with a fertile imagination. 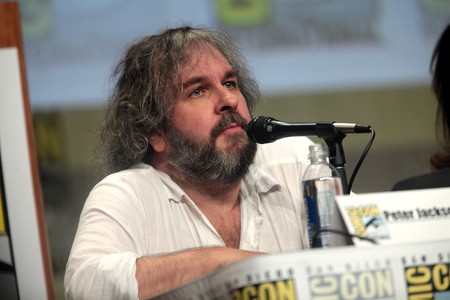 In a land where sheep famously outnumber the human population by seven to one, Jonathan King would perhaps not have been the first person to imagine the nightmarish rise of carnivorous killer sheep. In his debut feature, two naïve environmentalists unwittingly release a mutant lamb, having recently discovered secret genetic experiments being carried out on an industrial sized farm.

It is up to the farmer’s sheep-phobic brother to contain the spread of dangerous, marauding livestock in this “splatstick” comedy-horror. Black Sheep captures the national obsession with wool and unassuming wit. 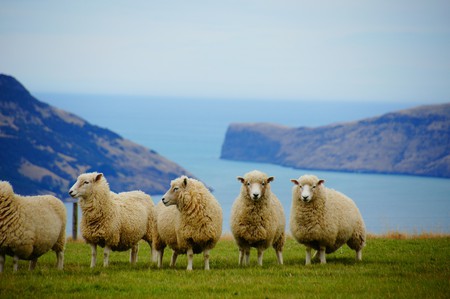 The year is 1984 and on the rural East Coast of New Zealand, “Thriller” is changing kids’ lives. This is the setting for Boy – a coming of age story about a young Maori with potential, who is about to be reunited with his miscreant father. Having idealised his father as a hero-figure, it seems that he may not turn out to be the adventuring, warrior-type the boy had envisioned.

Few films capture the strange melancholy of childhood quite like this, where the opposite sex are an unknown species and adults start to slowly lose their omnipotent authority. Boy’s tale of an interesting life is populated by beautifully drawn characters and brings a hilarious, endearing sense of cheerful mundanity to the modern canon of Maori village-life, perfectly complementing the romanticism of Whale Rider.

Eagle vs Shark has the kind of innocent, quirkiness of Clement and Bret McKenzie’s Flight of the Conchords, underscored with a fragile sadness. It’s easy to make comparisons to the mumbling protagonists of Napoleon Dynamite, but Waititi’s feature debut is a distinctly New Zealand take on small town life and long silences. 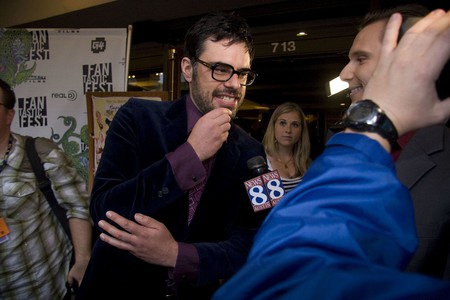 Goodbye Pork Pie can be slightly jarring, with occasionally misogynistic and unsavoury undertones, but this petty-crime caper is still a key part of New Zealand popular culture. Geoff Murphy’s 1981 comedy is a rebellious farce which kicks off with the goonish Gerry renting a yellow Mini on a stolen license, picking up the recently dumped John and later Shirl, a hitchhiker on her way to Wanganui.

Inadvertently breaking the law in every town, the three end up in a low-speed pursuit to Invercargill, a city at the southernmost end of the South Island. Goodbye Pork Pie is a countercultural misadventure that champions a kind of minor outlaw figure in an ignoble fight against authority. The film captures the sense of freedom and make-do attitude that long drives along New Zealand’s sprawling highways tends to inspire.

This compelling and unsettling story of the intense friendship between Juliet Hulme and Pauline Parker marked Peter Jackson’s shift from the purveyor of grotesque comedy-horror to a critically acclaimed scriptwriter and director. The film examines the dark and obsessive relationship between two girls engulfed by whimsical fantasies and paranoia, leading to the notorious and violent murder of Parker’s mother.

Based on a true story and filmed on location in Christchurch, Heavenly Creatures is an unnerving film that deconstructs the idealised vision of New Zealand as a gentile paradise. The portrayal of the two distinctly different families from which the girls hails gives a welcome depth to the story of a post-colonial country in transition. 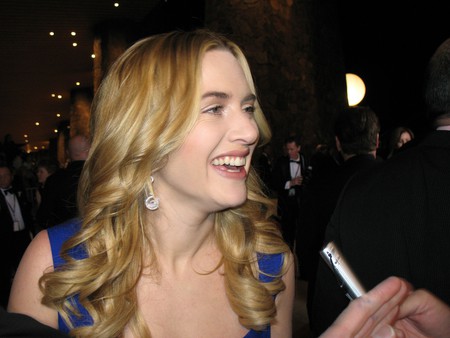 On the surface, the brutality and subjugation of colonialism seems to have been less pronounced and less destructive in New Zealand than elsewhere. In Once Were Warriors, however,Lee Tamahori depicts the stress inflicted on Maoris who become ghettoized on the edges of Auckland and whose heritage inevitably gets compromised.

The film is memorable for its depictions of violence and abuse, sitting in stark opposition to the sunny public perception of the country. In this film more than any other, New Zealand is seen as a modern industrial economy – one in which the people are still deeply protective of their environment and history. Once Were Warriors captures the dichotomy between urbanisation and conservation, focusing on the stories of those whose heritage begins to fade in light of inner-city living.

There are huge swathes of New Zealand’s South Island that are still largely inaccessible to humans, and the West Coast in particular is regularly battered by a deluge of rain exceeding 5m per year. Coupled with the unrelenting plagues of sandflies, this region is sparsely populated, with only the most stoic settlers surviving.

There could not be a better setting for Jane Campion’s haunting Victorian drama about a mute Scottish woman and her daughter being sold into marriage to an emotionally distant landowner. The eponymous piano is Ava’s refuge in this taut battle of wills and the instrument’s ethereal sounds are a distinct contrast to the harsh, unforgiving surroundings.

Whale Rider is the 2002 film from Witi Ihimaera’s book of the same name, telling the story of Pai, a young Maori girl battling against primogeniture to become the chief of her tribe. Set in Whangara, on the sweeping East Coast of New Zealand, the film immerses the audience in the religiously observed traditions of the sparsely populated town, depicting the rites, rituals and interactions that inform daily life in a small community.

In addition to a moving story of struggle and empowerment, Whale Rider affords audiences a genuine insight into a key part of the country’s spiritual culture, managing to do so without simplifying or sanitizing it. 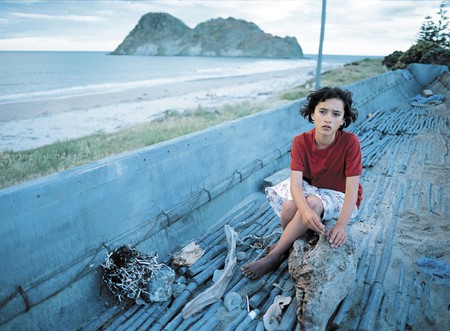 Within the national psyche of New Zealanders, there are two traits which capture a kind of generational split: older natives are seen as hardy, stoic figures in the manner of Sir Edmund Hilary, with post-war make-do-and-mend attitudes, whereas younger New Zealanders see it almost as a rite of passage to move abroad post-university, anxious to experience a less parochial way of life.

Burt Munro was very much in the former camp, resident in Invercargill and satisfied with his small time notoriety, achieved through having adapted his motorcycle to make it the fastest in the Antipodes. The World’s Fastest Indian tells the story of his trip to the Bonneville Salt Flats in Utah, aiming to set a world speed record with his modified Indian Scout Motorcycle. Whilst in the States, Burt bristles at the relative harshness and loneliness of big city life, but attempts to overcome this discomfort by focusing on his record and his beloved bike. 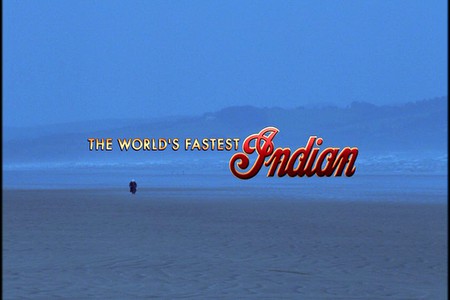