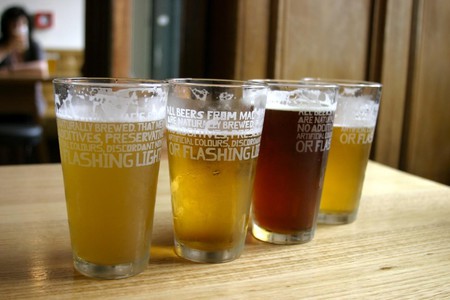 Beer. It’s a very important part of New Zealand life. One of the country’s favourite songs – Bliss by Th’ Dudes – is all about it, barbecues aren’t complete without a cold one in hand, and the best television commercials are those of the breweries. It comes as little surprise then that a country so enamored with this delightful beverage should be one of the world leaders when it comes to producing really top quality craft beer. New Zealand hops have a global reputation for being some of the most pungent and fruity varieties that can be found anywhere. This results in some really great beer with a bit of a sting in its tail. Here are ten of our top producers of the drink that lubricates the country.

This is your atypical and heartwarming tale of a rags to riches, zero to hero brewery. Garage Project was started in Wellington by two best mates – Pete Gillespie and Jos Ruffell – with a passion for the good stuff. As the name suggests it all kicked off in an old petrol station. With the help of Pete’s brother, Ian, the three lads turned what they called a nano-brewery (even smaller, apparently, than a micro-brewery) into the award-winning company that is it today. Think full flavour IPAs that clobber your taste-buds over the head with a baseball bat, made from some of the most intense hops you can find. They’re complex tasting beers, and you can really taste in that complexity that a lot of thought and time has gone into creating the perfect flavour and smell. 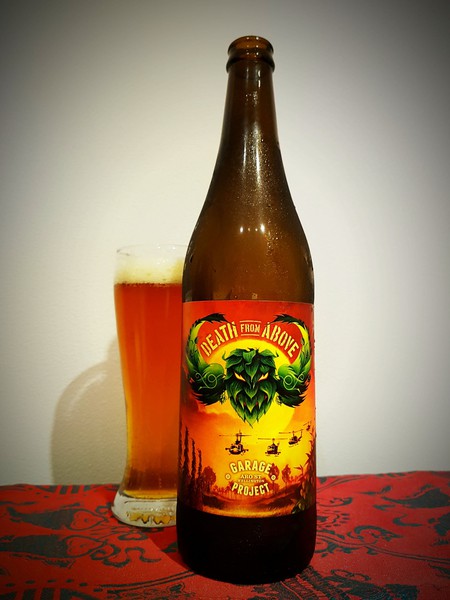 The story behind 8 Wired Brewing is another one that will strike a chord with people intent on starting their own businesses, and illustrates the scope of a bit of Kiwi ingenuity and perseverance. The brewery actually started as a contract brewery, whilst the now head brewer and company owner, Søren Eriksen, was working at another brewery in Nelson. He rented their equipment when it was available, and for five years brewed his own stuff in his own time, when he wasn’t working for his employer. In 2009 8 Wired released their first beer, and it was only a couple of years later that they took out the most prestigious award in the NZ craft beer scene, becoming the Champion Brewers at the Brewers Guild Awards. If you’re after some full-on IPAs or perhaps want to try some barrel-aged beer then these are your boys.

Seemingly, all the brewers on our list started their companies as labours of love, and Emerson’s is no difference. It’s been around for a good few years now, since the mid-nineties, and is as dependable as ever. They produce an excellent selection of beers, ranging from the vintage Southern Clam stout, seasonal Gary NZ IPA, year-round Bookbinder session ale, and the limited release Darkest Descent imperial stout. There’s a beer for every taste and every level of enthusiasm, so if you want to take your first foray into NZ craft beer, it’d probably pay to start here. 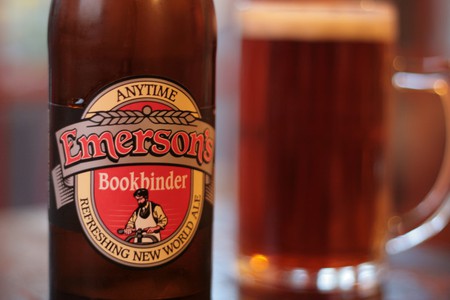 Epic by name, epic by nature, or so the bards sing. The matra of the Epic brewing company is pelt out in plain letters on the first page on its website. It reads, ‘Epic makes really hoppy beers for the world to enjoy.’ It certainly does. The Epic Lager and Pale Ale are basically the perfect middle of the road beers for those who want to ditch the mass-produced and characterless beers that so often sponsor our sporting events and line the shelves of our supermarkets, but aren’t quite ready to take the plunge into the more extreme world the likes of which the Epic Hop Zombie and Epic Thor Imperial I.P.A inhabit. 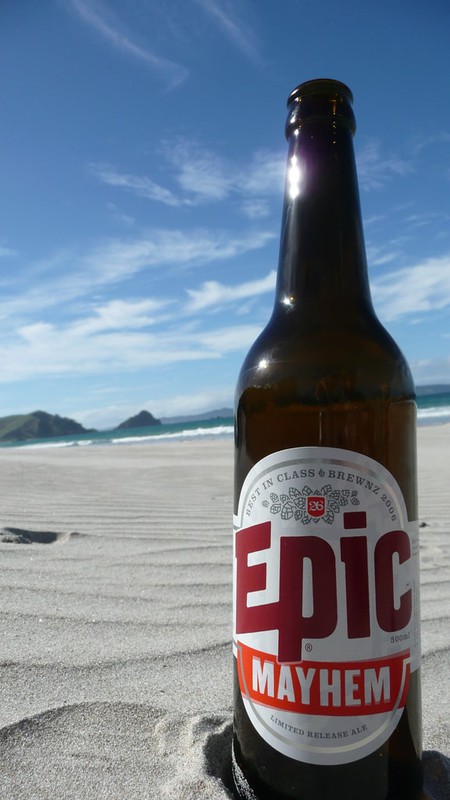 Talk about Kiwi and proud. Tuatara Brewing Co. is named after the little reptile that is endemic to New Zealand, and is actually the last descendant of its particular line. It’s been knocking about for a while – its ancestors were getting into trouble with the likes of Triceratops and Stegosauruses about 200 million years ago – and as such is the perfect symbol of New Zealand longevity. The company actually sponsors the little fellas and looks after them at Zealandia, the eco-sanctuary in Wellington. They knock out about one million litres of the good stuff every year these days, and that makes Tuatara one of the biggest craft beer producers in the country. For a roasting summer day grab yourself a six-pack of the Helluva Lager. 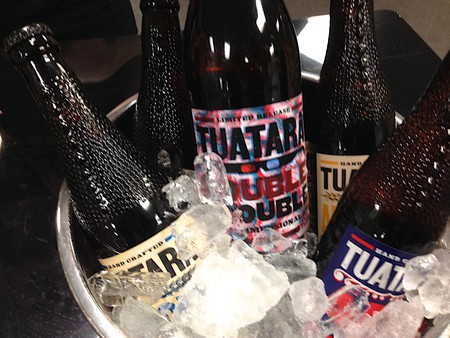 Liberty Brewing Co. brew a couple of the most famous and deliciously deadly craft beers in New Zealand. Every craft beer enthusiast has tried the Yakima Monster Pale Ale, and the Citra Double IPA… Let’s just say that it’s not one to be taken lightly. At 9.0% alc/vol this baby will sweep you off your feet in a haze of beautiful citrus notes, before dumping you unceremoniously under the table and making off with your watch and wallet. It’s tasty stuff, just don’t be thinking you’ll be driving home from the pub after enjoying a couple of these bad boys.

This family run brewery is nestled in the quiet of the Taranaki region of New Zealand. Jesse Sigurdsson is the man behind the majority of the beer-making, and he’s helped the company produce some of the tastiest and most eclectic beers that you’ll find on the market. Examples such as Leaky Boat Grapefruit Pale Ale, Chocolate Milk Stout, Surf Spot X Blackberry I.P.A and Vanilla Coffee Porter are just some of the delectable drops you can dip your beak into.

The name might give you a clue as to the engineering way in which the folk at Panhead Custom Ales go about their business. They are based in an old Dunlop tyre factory in Maidstone and have grown inexorably in the short five years or so that they have been brewing commercially. They are a brand that is fiercely committed to stripping back and rebuilding varieties of beer to make them better than ever. Panhead’s range of stock beer is some of the best on the market if you want to play it safe and enjoy typical examples of a pilsner, stout or pale ale.

Brew Moon is a very relaxed establishment. They mostly use hops, water and yeast that are sourced from Nelson, and malt from Canterbury. When it comes to the little exciting and exotic flavours they naturally have to source these from further afield. For the most part though, this is a very local brewery and is conscious of environmental sustainability. This is the main reason why they only offer their beer in kegs and cans. If you want to try something a little different give their William Tell Apple Saison a whirl.

Sawmill Brewery are the legends that brought us the likes of The Doctor, 2017 Vintage Ale and Baltic Porter. The guys and girls involved with this wee NZ beer-maker are committed to excellence, as you’d expect, and are very particular when it comes to the final polish of their brews. They’ve recently come off a great run of wins at the NZ Brewers Awards, so charge yourself a glass.