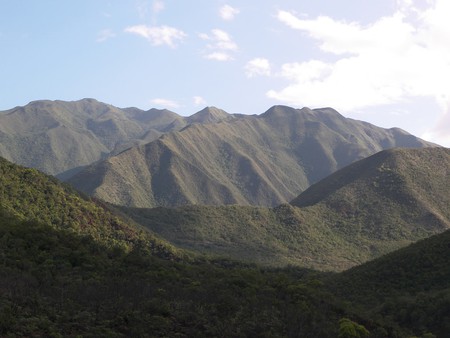 Grab the hiking shoes and tramping shoots and get in touch with the breathtaking nature of New Caledonia. This French Polynesia country has a number of challenging trails as well as some easier walks, all leading to stunning backdrops and views well worth the trek.

Mont Panié is the highest peak of New Caledonia, rising up to 1629 metres. Located in the northern province, Mont Panié showcases some of the country’s best waterfalls and swimming holes. Guided tours will take you through tribal areas where you can learn more about the Kanak culture, as well as view native plants and nearly 100 species of butterfly. There’s a hut for those who wish to stay overnight as the hike will take most of the day.

Mt Dore is reasonably close to Noumea, and offers spectacular views out across the mainland and to the ocean. There are guided walks available as well as mountain bike trips for those who prefer to mix up their hiking with some wheels. The mountain gets bathed in golden light at sunset, the reason behind its nickname the Golden Mountain. 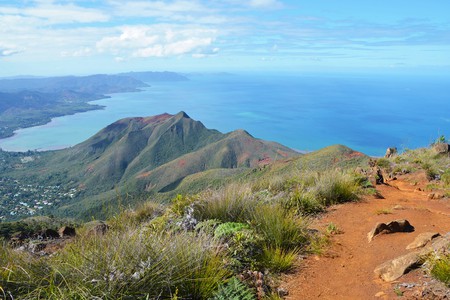 You may have heard of the Grand Randonnée of France – well, New Caledonia has its own Great Walk. The NC1 trek goes from the old mining village of Prony through mountainous terrain to the beautiful Dumbea region in seven different stages. The Dumbea Gorge offers hikers a chance to cool off in many the swimming holes in the river.

The Blue River Park, or Rivière Bleue at Yaté has a number of great walking tracks through native bush and plants as well as several swimming holes in the river. The park is home to a famous Kauri tree which is believed to be almost 1000 years old, standing tall at 131ft (40m). You can also see the Drowned Forest, La Forêt Noyée, a forest of smaller kaori trees which all lie in the middle of the freshwater Yaté Lake.

One of the most dramatic coastlines in New Caledonia is that of the Shabadran Terraces. It’s not easy to get to – the two hour hike is a strenuous trek – but you’ll be rewarded with spectacular views over the ocean spilling over coral plateaus and dramatic cliffs. There are blowholes and powerful waves which crash onto the beach and the coral cliffs, offering hikers the chance to see the incredible ways nature helps form the earth.

The Dogny Plateau is a challenging hike but one filled with history – and of course spectacular views. But what else would you expect after a 7-hour uphill trek? Some locals say it’s one of the most beautiful hikes in the country, with incredible views from the top of the plateau. This area is an historic site where tribes used to meet to barter and trade goods. 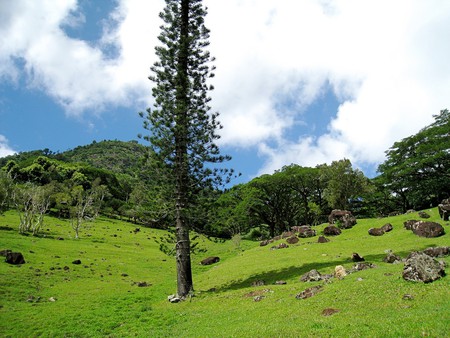