Created in the 1980s as a merger of popular and world music, the genre-crossing Kaneka movement is an example of how the colonized people of New Caledonia are reclaiming their cultural identity through music. 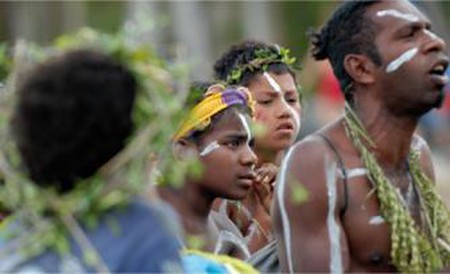 Though relatively young as a style of music, Kaneka music incorporates centuries-old traditional musical influences, combining it with sounds of contemporary music to create a wholly distinct genre. Created by New Caledonian youths during the political struggles of the 1980s, Kaneka music was born of a desire to reclaim a cultural identity that had been threatened through years of colonial rule.

Prior to the creation of Kaneka music, the music listened to by New Caledonians was dominated by French or English-language rock music, usually on the subject of love, a reflection of their colonial heritage as well as the cultural dominance of western pop music. Kanak language and cultural influences featured little, if at all, in the popular music of this time.

Kaneka music was consciously created in the 1980s as a response to this perceived cultural dominance and a growing sense of pride in their traditional culture, unsurprisingly coinciding with New Caledonia’s admission into the United Nation’s list of non-self-governing territories. Painstaking efforts were made to resurrect traditional melodies, rhythms and instruments, many of which had been on the brink of extinction due to generations of neglect. 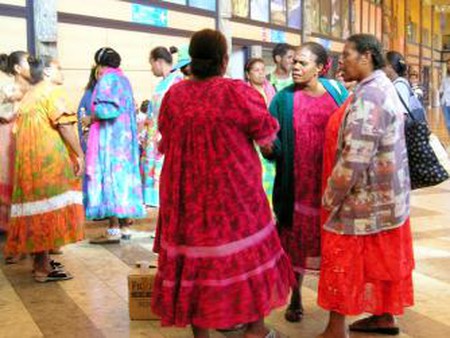 Often described as a fusion of Melanesian sounds with western influences, Kaneka music can integrate genres such as jazz, blues and, most notably, reggae. Songs tend to feature rhythms borrowed from Kanak ceremonial dances as well as traditional instruments, such as the bamboo, jepä (made of tree bark) or the semi-circled nasal flute. Thematically, songs feature social and political criticisms, and most songs are in the Kanak language, though some still contain French or English. Bwanjet, Vamaley and Kirikist are considered founders of the Kaneka musical movement.

Today, Kaneka music is gaining prominence in the Pacific and beyond, with some Kaneka bands having been invited to perform on the stages of international music festivals. Modern permutations of this style can be heard to contains elements of soul, R’n’B and rap.

Combining elements of contemporary music, but with its roots firmly planted as a form of political expression, Kaneka music is a reflection of the postcolonial concerns of New Caledonians, using music as a conscious means of asserting independent cultural identity.