The True Story Behind The Environmental Degradation Of Nauru 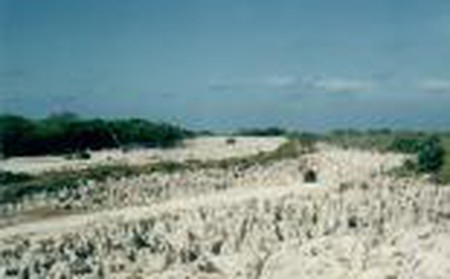 Carl N. McDaniel and John M. Gowdy’s book Paradise for Sale: A Parable of Nature (2000) outlines the rise and fall of Nauru, a country that has suffered greatly following the phosphorus boom of the 1980s. In its bleak description of this small island’s history, the book acts as a parable for the environmental and economic crisis in the world at large. 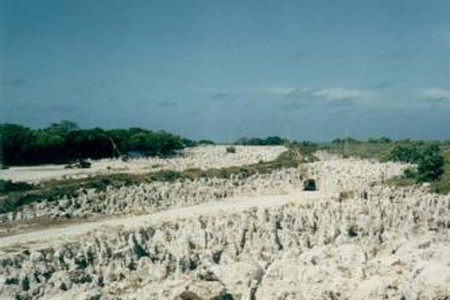 Paradise for Sale: A Parable of Nature is a history of Nauru island, with a specific focus on the economic developments of the island and the resulting environmental degradation. The book is a collaborative work between McDaniel and Gowdy, both authors with academic backgrounds in biology and economics respectively. Together, they combine their disciplines to write a multi-layered account of how and why the tragedy of Nauru occurred and what lessons the world at large may take from it all.

The book outlines Nauru’s brief economic boom in the early 1980s, the result of the rich deposits of phosphate found on the island, which actually originated from sea bird droppings. McDaniel and Gowdy support their findings with first-hand observations of life on Nauru, speaking with local inhabitants to determine the extent of the impact of colonisation and exploitation on the local community.

Using their findings, they reveal the way in which extensive phosphate mining destroyed the ecology of Nauru and left many of the islanders without a livelihood. The deposits of phosphate on the island are now almost completely depleted and there is little hope that a more sustainable resource will emerge in its place. 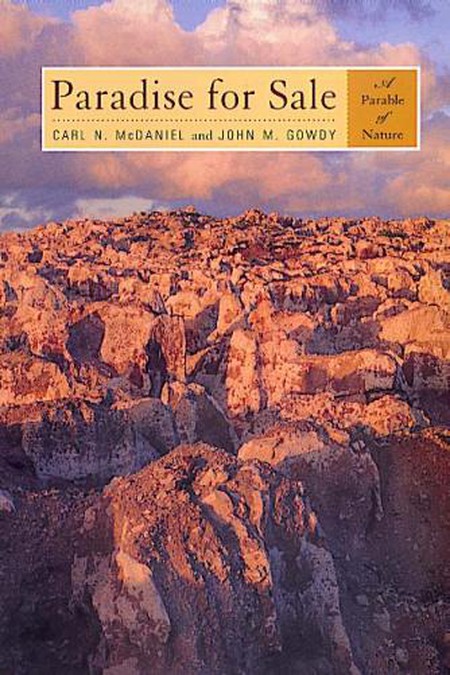 The book is the result of McDaniel and Gowdy’s attempt to look beyond typical western commentaries on Nauru, some of which had incorrectly attributed the subsequent downfall of the country to the laziness of its inhabitants. Ultimately, the book sees the story of Nauru as a tragedy, highlighting the devastating consequences of a free-market economy on the environment.

In more recent times, Nauru has suffered further setbacks, with an estimated unemployment rate of 90% in 2004. With the depletion of phosphorus deposits and the closure of Australia’s refugee processing centre in 2008, Nauru is left with few other sources of income. Finally, the increasing concern of rising sea levels seriously threaten the future of the island and its inhabitants.

Paradise for Sale: a Parable of Nature offers readers plenty to consider about the devastating impact of economic development on the natural environment, using the story of Nauru as a cautionary tale for the world at large.