The Top 10 Things to See and Do in Guam 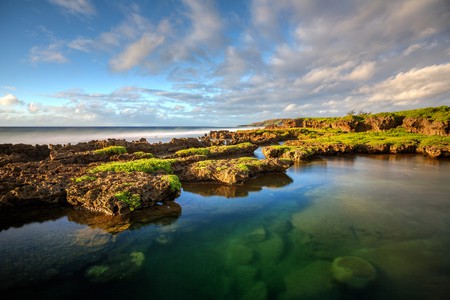 Reef and lava rocks in Guam I © J'nel / Shutterstock

Looking for an island getaway, but don’t want to shell out the cash for Hawaii or the Seychelles? Consider Guam, a gorgeous island with excellent weather almost year round that affords visitors pristine wildlife and beaches, excellent street food, history in spades, and even a magic show. Here are the top ten things to check out on vacation in Guam.

Located at the northernmost tip of Guam, Ritidian Point’s almost-white sand beaches and crystal clear waters are just the beginning of what there is to explore. Visit the 1,203-acre Guam National Wildlife Refuge, home to tree snails, fruit bats, and archaeological remnants of ancient Chamorro culture. 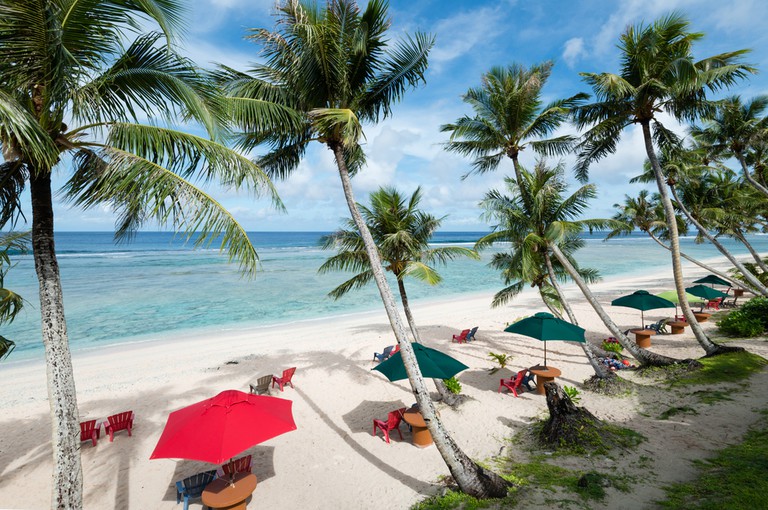 Although the market in Chamorro Village is open every day, it truly comes alive on Wednesday nights. Eat local delicacies (like honey-drizzled banana egg rolls, or chicken or pork BBQ-on-a-stick), pick up some souvenirs, and watch traditional dances. 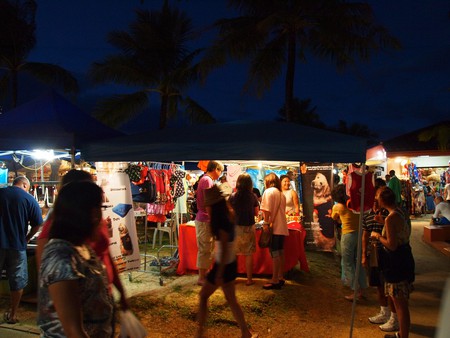 Lay out on green sand on Tolofofo Beach

One of only four green sand beaches in the world (its green color is derived from the island’s lava flow), Tolofofo Beach on Guam’s southeastern coast is otherworldly beautiful.

Although not located in the precise spot where the explorer Ferdinand Magellan landed on Guam in 1521, the monument pays tribute to the intrepid explorer and his crew, who—quite literally—put the tiny island on the map. Check out the old fortress cannons and nearby Catholic church from the Spanish era ushered in by Magellan. 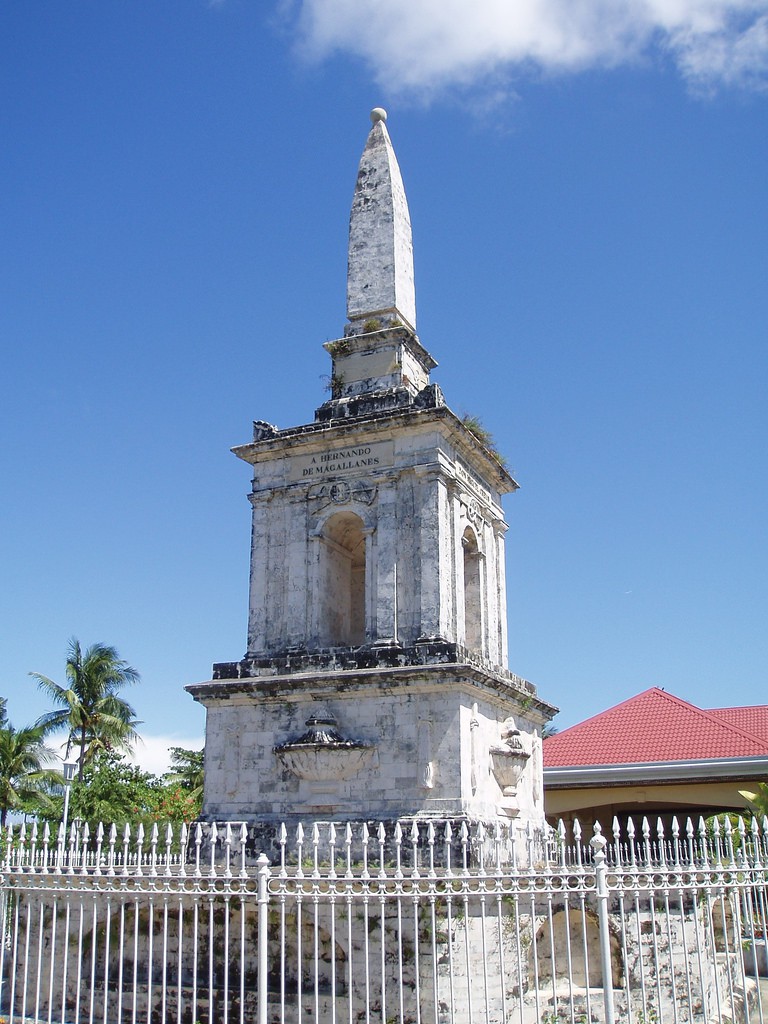 See a magic show at Encore!

Encore! is one of Guam’s most beloved attractions. Staring the magician Anthony Reed, circus artist Ian Faraonel, and a white lion named Rio, the show is held in a theater at the Fiesta Resort and has received rave reviews since its opening in 2016.

Although the top deck of the Fish Eye Marine Park affords spectacular views of the ocean and Gaum’s mountain ranges in the distance, the real show is below sea level. Here, 24 windows allow visitors to meet over 200 species of fish that call Guam’s waters home as well as the coral reefs surrounding the island. 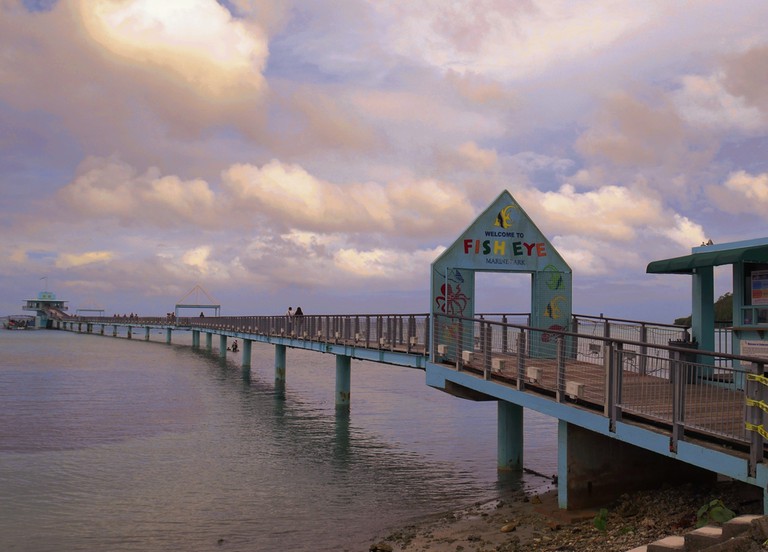 Guam’s technicolor coral reefs will give scuba divers an awe-inspiring glimpse into an alternate universe below the surface of the water, but history buffs also have something to dive for: the wrecks of German ship SMS Cormoran, and the wreck of the Japanese ship Tokai Maru, which were sunk by the U.S. Navy in World War I and II, respectively. The two ships are close enough for divers to touch at the same time.

Schools of dolphins call the waters around Guam home, and plenty of sailing expeditions that will take you on a quest to spot these majestic creatures. Turtle Tours receives high marks for their expeditions, and the captains will even allow feeding the dolphins if weather and sea conditions permit. 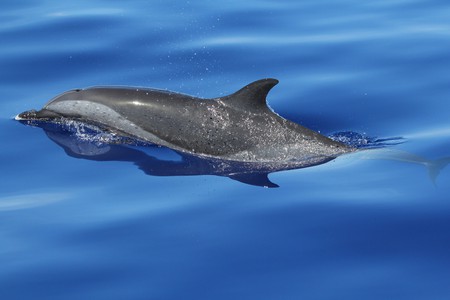 A dolphin off the coast of Guam | © NOAA Photo Library / Flickr

Brush up on your history at the Pacific War Museum

Museum
Facebook
Email
Twitter
Pinterest
Copy link
Share
Map View
As befits a current U.S. Marine base, the focus at the Pacific War Museum is on the Marines, particularly in World War II, in which the United States battled Japan for control of the island for three years before finally reclaiming it in 1944.
Open In Google Maps
6th Street, Hagåtña, 96910, Guam
+16714778355
Visit Facebook page
Give us feedback

The first Catholic church in Guam, the Dulce Nombre de Maria Cathedral-Basilica was constructed in 1669 under the leadership of the Spanish missionary Diego Luis de San Vitores. Also well worth a visit is a small yet significant art museum operating above the church, with a rotating roster of art from a cadre of local and international artists. 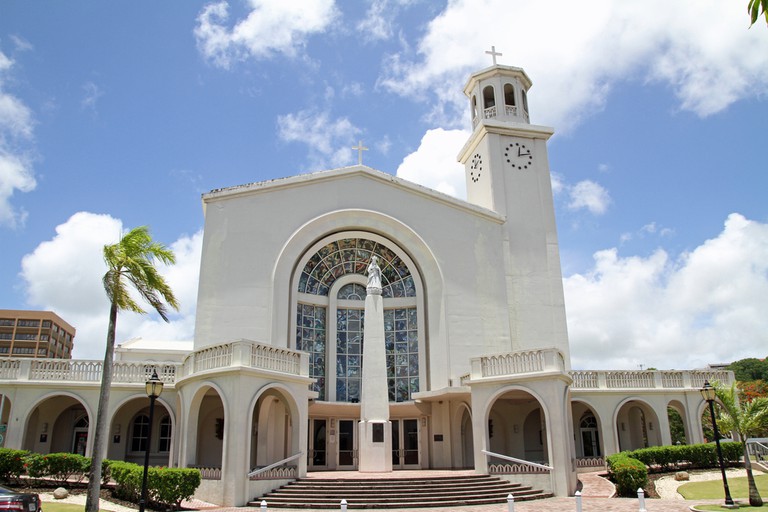