The 10 Most Beautiful Beaches In Guam

Ritidian Point at Guam | ©白士 李/Flickr
Guam is a tiny island in Micronesia in the Western Pacific. Home to some of the most majestic snorkel spots and dive sites in the world, Guam’s charm and happy lifestyle is contagious. Tumon Bay is the most-visited area of the island, but for those seeking more secluded sands, here’s our guide to 10 of the most beautiful finds.

The secluded Tanguisson Beach is loved for its naturalistic beauty and rugged terrain. Ideal for reef snorkeling and seaside hikes, this treasured sandy haunt is a popular spot. Setting Tanguisson apart from Guam’s many other pristine sands is the mesmerizing view it offers of the gigantic rock formations out in the ocean. 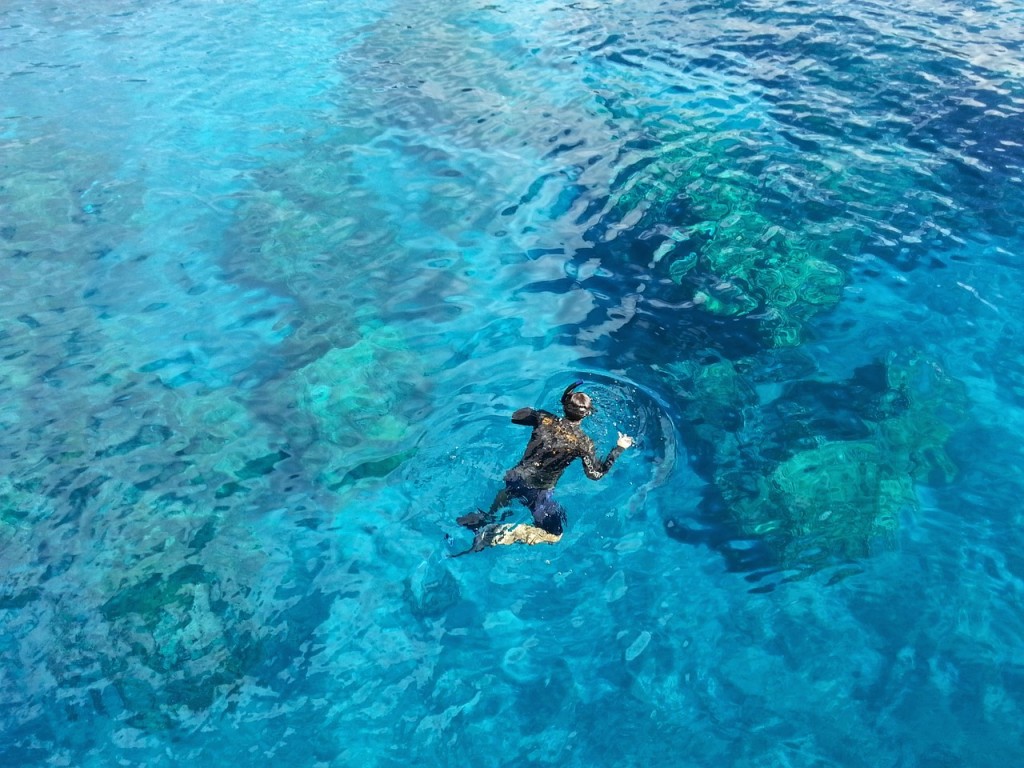 One for adventurous sun-seekers, Sharks Cove Beach can only be reached by a half hour -sometimes tricky- coastal hike. The secluded sands that await you, are completely worth the extra bit of effort though. With not a house insight, hermit crabs are the most populous creature on this beach. The trail to the cove starts at the bottom of the cliff visible from Tanguisson Beach Park; from here the walk follows the coastline to the hidden spot. Be sure to wear protective shoes for the hike and a snorkel is recommended for those wishing to enjoy the clear turquoise waters at their finest. 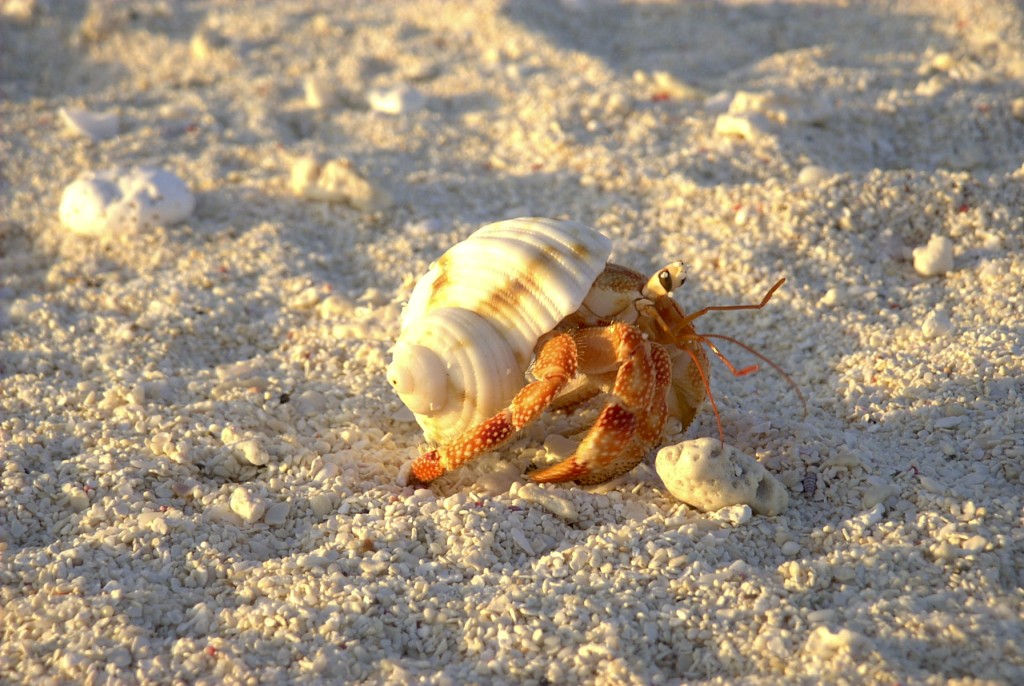 The perfect spot for first-time snorkelers to get acquainted with their equipment, the natural salt water pools at Inarajan are shaded from the waves so there is never more than a slight ripple in the waters here. The pools offer a mixture of shallow waters for relaxing in and deeper depths below the high diving platform. For anyone that is slightly intimidated by the vastness and unknown nature of the sea, this is fantastic opportunity to swim with Guam’s colorful tropical fish in shallower, current-free waters. Covered picnic areas and barbecue pits surround the pools too, making Inarajan the perfect location for a family day out. 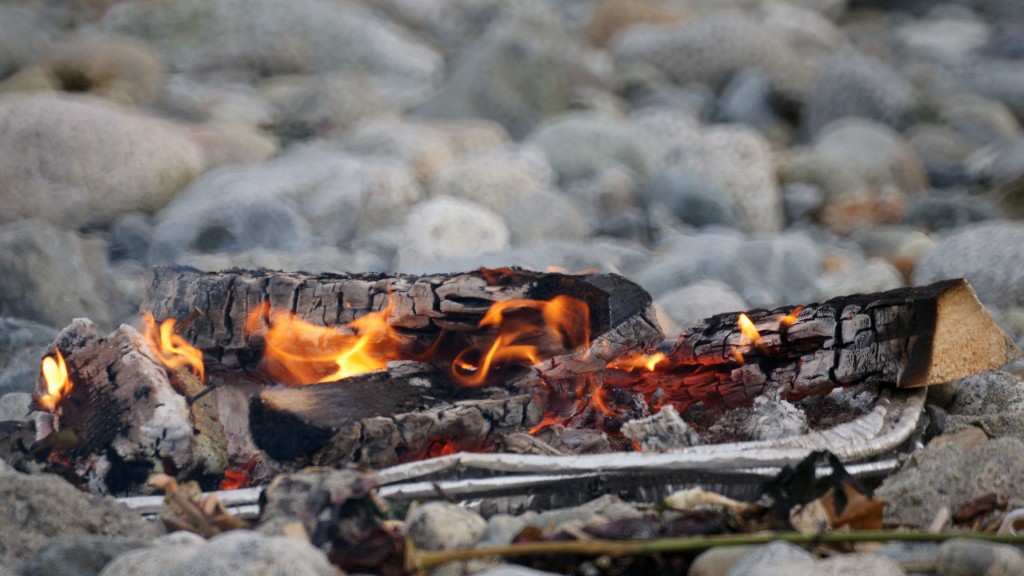 Arguably the most widely spoken about beach in the whole of Guam, Ritidian Point lies at the northernmost part of the island. It’s a national wildlife refuge which means it is incredibly well looked after. Encompassed by jungle and limestone cliffs, the reef line is prone to rip currents so be sure to take care when snorkeling. 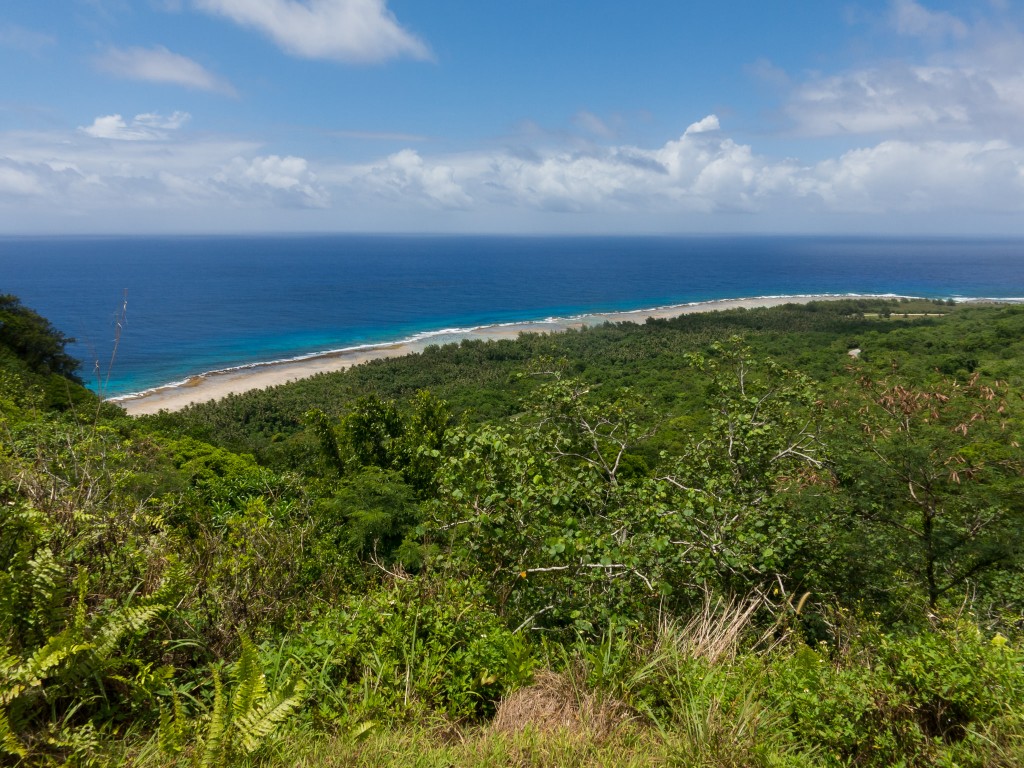 Greatly loved by those who prefer stone to sand, Talafofo is a rocky beach right by the Talafofo River Bridge. Often compared to San Francisco Bay, this nook of water is outlined by a protective rock levy making for a perfect twilight photo. The colors that make up Talafofo are truly stunning. The mix of black stone, green palm trees, bright blue sea and the rainbow coral make give this bay a meditative feel. Combine a trip to Talafofo Beach with a visit to Talafofo Falls Park. Here visitors can explore Guam’s waterfalls and caves and take a ride in a cable car for a panoramic view of the island. 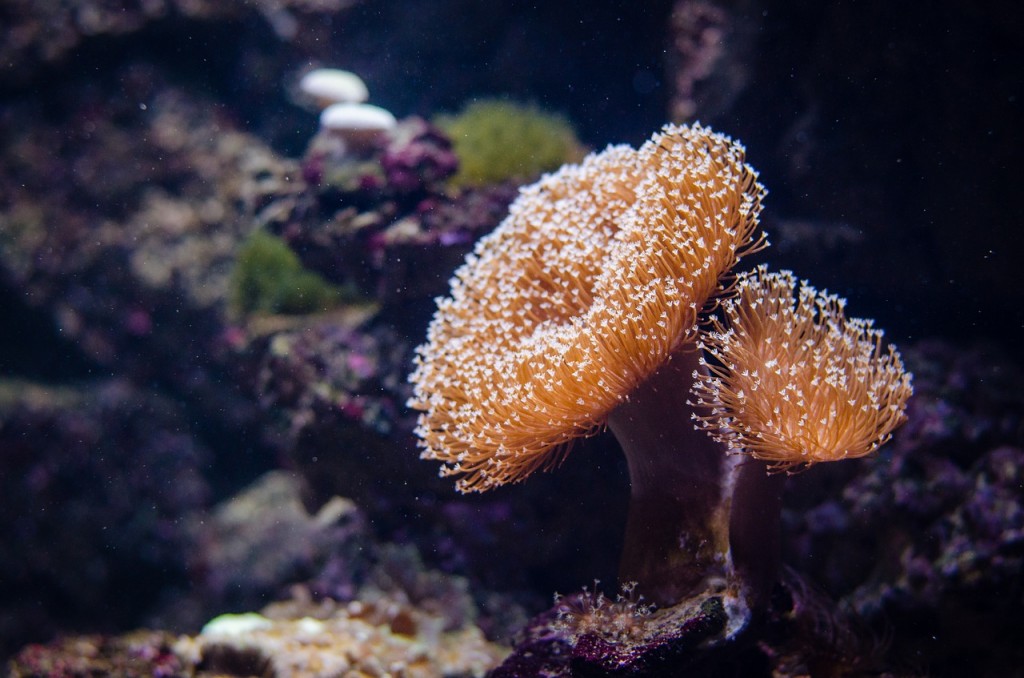 Ideal for families and anyone wanting to play beach games or go for a jog along the water’s edge, Agana Bay Beach is a lengthy stretch of easily-accessed sand. The shallow reef lagoon is also a fantastic spot for tranquil snorkeling and the local fisherman catching octopus nearby make for great entertainment too. There are plenty of restaurants and cafes along the beachfront so visitors don’t need to worry about running out of supplies. 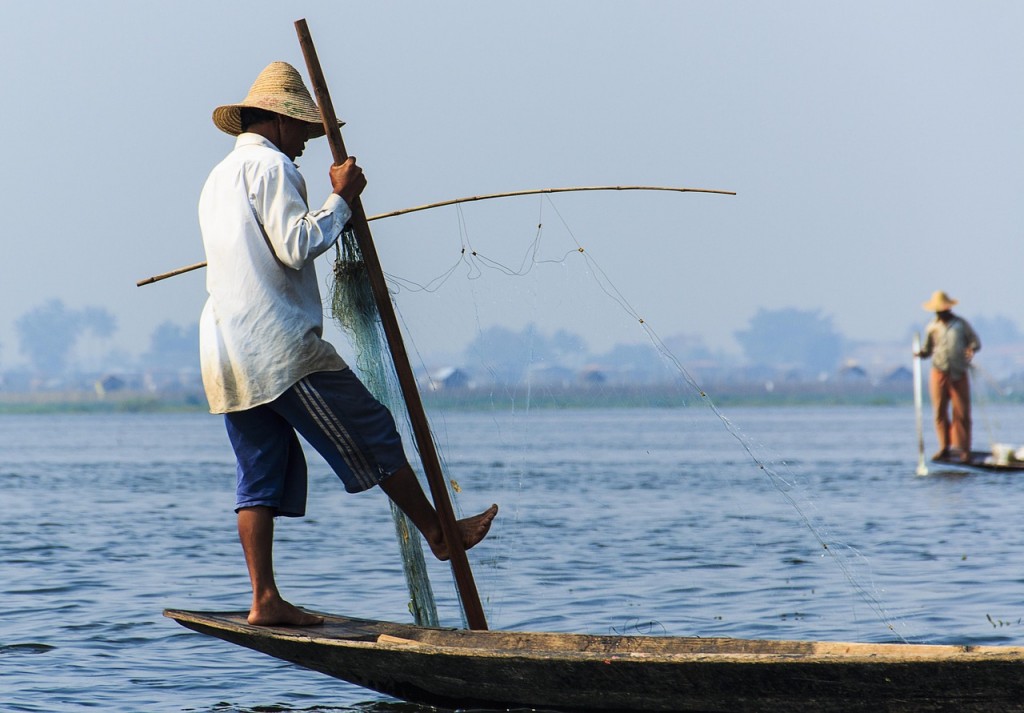 Situated inside the US Navy fence line, beach dwellers need either their own base access or to be with somebody who has base access to be permitted entrance to Gab Gab Beach. It is well worth putting in the effort to find somebody who is able to take you to Gab Gab as it’s never very crowded and it is an incredible area for both snorkeling and scuba-diving. Turtles and reef fish swim around in their masses and coconut crabs are also known to nest here. If you’re visiting with a big group of friends, the beach volleyball court is also be great fun – and a fantastic way to meet new people too. 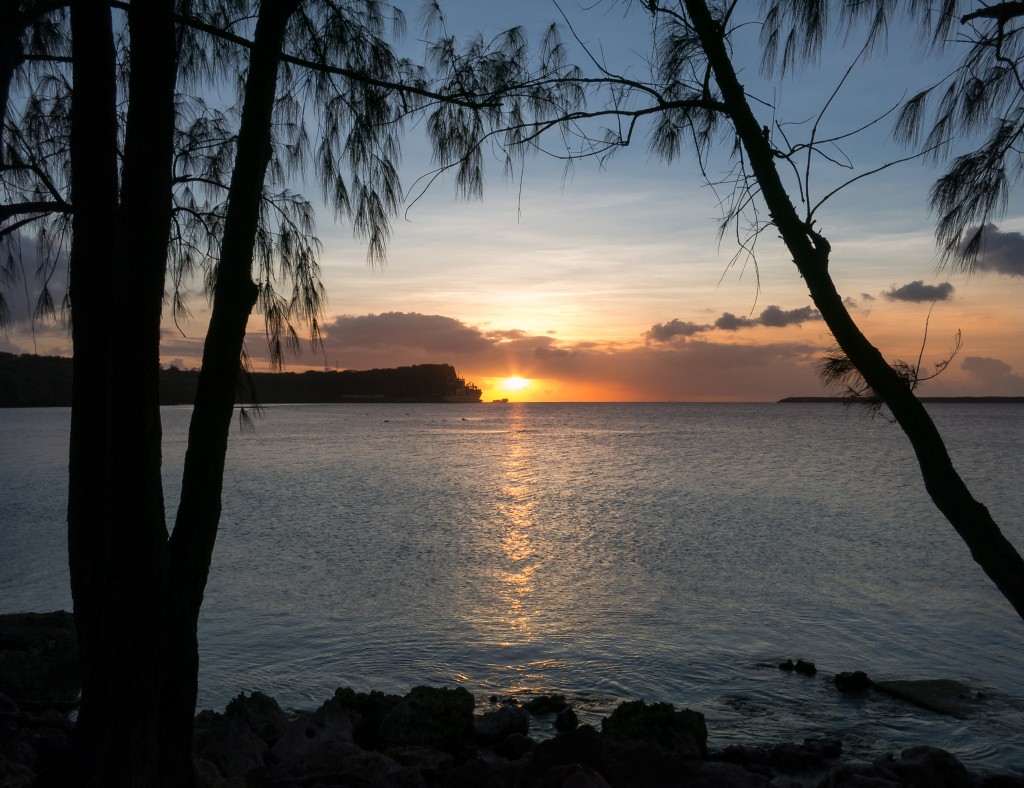 Anyone really longing to escape from the world and have a beach to themselves should head to Tagachang Beach. Far more rugged looking than many of the white sandy beaches that line most of Guam, Tagachang is remote but inviting. The shallow waters are kept calm thanks to the great outer reefs that break the surf before it reaches the shore; this a safe spot to swim and thus perfect for children and less confident swimmers. Situated on the south-east side of the island, there are no buses to Tagachang so you’ll need to travel by car or taxi. 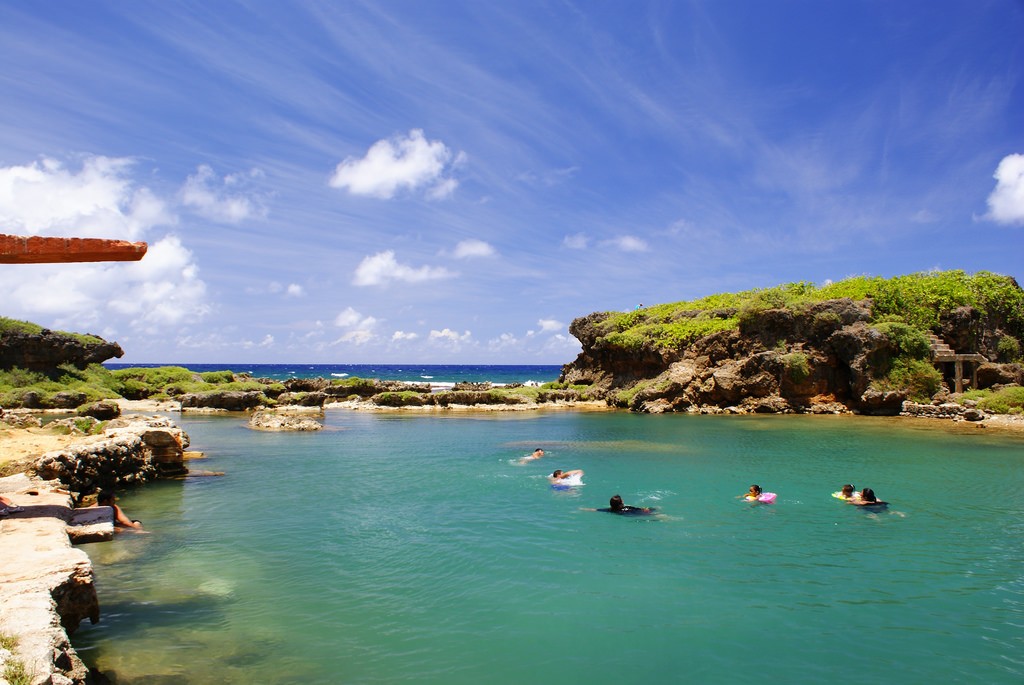 An amazing dive site by day and by night, Gun Beach has steep reef sides as well as a cable trench leading into the deeper water. As well as offering breathtaking views underwater, Gun Beach also provides an unbeatable view of the infamous Two Lovers Point. Reputedly one of the best places on the island to watch the sunset, Gun beach is a bit of a romantic spot. It even has its own Beach Bar. 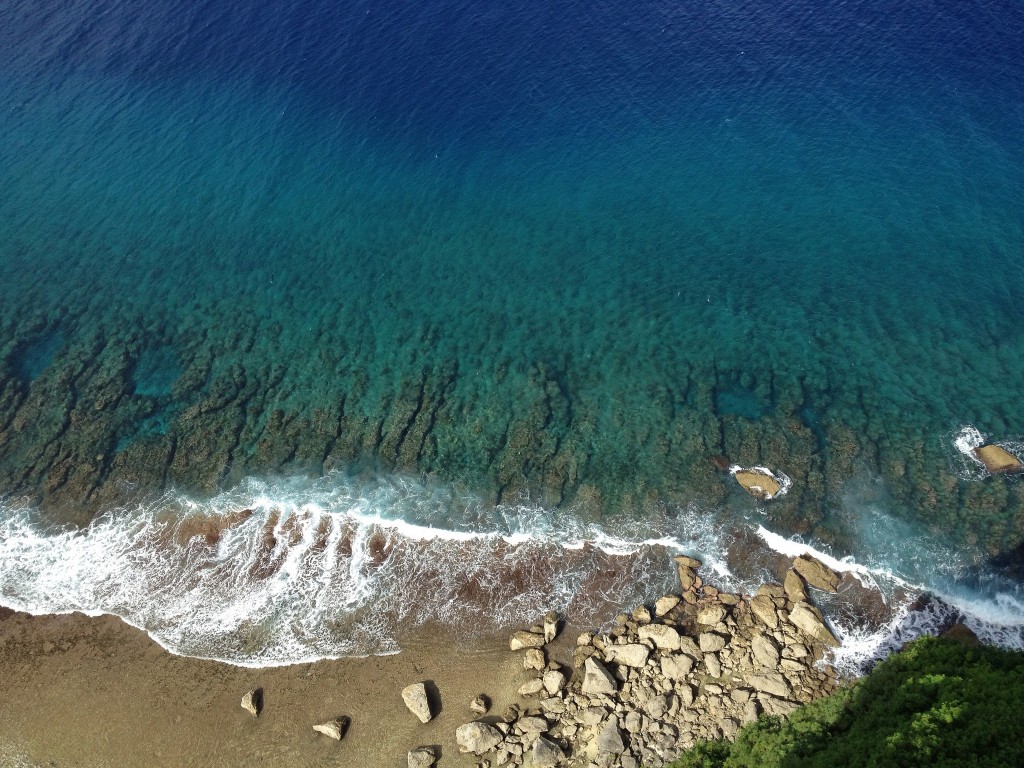 Another great beach for families, there is always a lifeguard manning the watchtower at Matapang Beach making it a safe spot to swim. On calm days, the local rowing team sets out from Matapang Beach and as they get into a rhythm they will often begin ancient, hypnotic chants. Just as well known for its white sand and transparent waters as for the row boats, Matapang Beach is beautiful all year round and the barbecue pits and covered seating areas mean visitors can comfortably stay here all day. 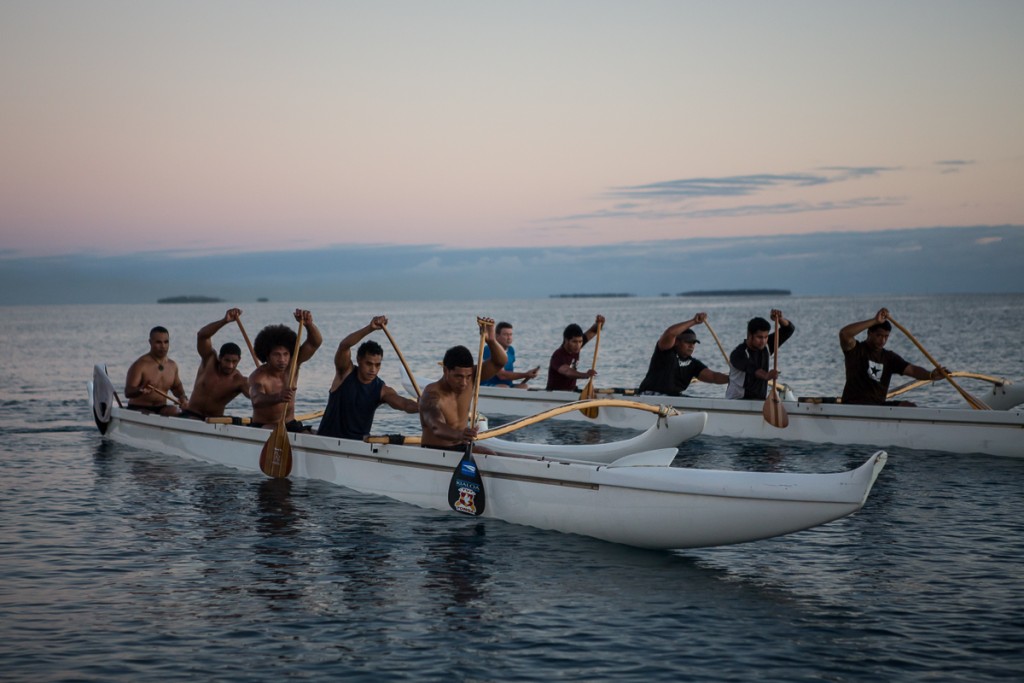