The Best Places to Dive with Sharks in Fiji 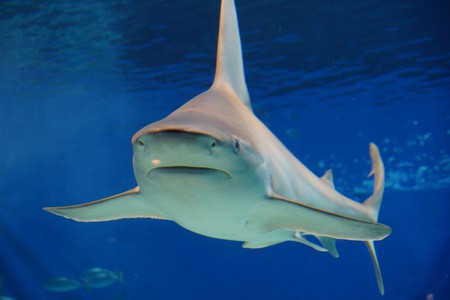 Dive into the most heart-thumping water sport you can imagine – scuba diving with sharks in Fiji. The clear, tropical waters around the islands are a breeding ground for a variety of wonderful shark species, from tiny whitetip reef sharks to large, powerful bull sharks, tigers and hammerheads.

Pacific Harbour is typically top of the list for scuba divers wanting to swim with sharks in Fiji. Famous for its bull sharks and the occasional tiger, the area around Pacific Harbour, including Beqa Lagoon, is a protected marine reserve. Divers are required to pay a levy, which goes back to the local village in exchange for them not fishing in the area. This has allowed marine life to thrive and shark numbers to replenish from previous days when over-fishing was damaging the ecosystem. Several diving companies operate shark dives in this area, though divers must have advanced certification, or have completed at least 30 dives. 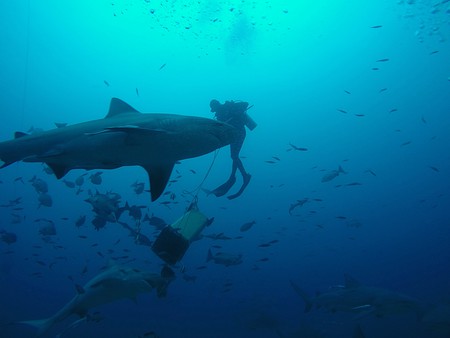 Situated in the lower Yasawa Islands, Barefoot Kuata Island runs a flagship dive known as the Awakening Shark Dive. The resort has a strong conservation mindset, believes in educating people about the importance of the sharks’ survival for the future and encourages their protection. Bull sharks are the most common species sighted on this dive, but there have also been tiger sharks, great hammerheads, reef, and silvertip sharks. All certified divers are able to participate, while Barefoot Kuata also runs a shark snorkeling trip, for those who prefer to remain on the sea’s surface.

The Namena Marine Reserve is consistently rated as one of Fiji’s top diving locations. This healthy underwater ecosystem can be accessed off Savusavu and – in addition to the thriving fish life, turtles, humpback whales and colourful soft corals – it is also home to several shark species, including the grey reef, whitetip, tiger and even the scalloped hammerhead shark. The reserve was established back in 1997 and covers an area between Fiji’s two main islands, Viti Levu and Vanua Levu. 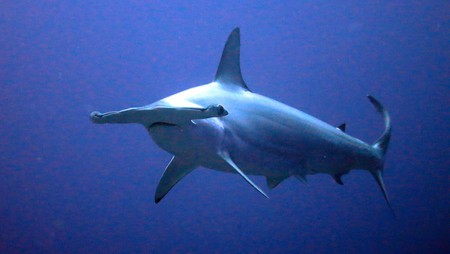 The Somosomo Strait is another top diving location in Fiji – a stretch of water between the islands of Vanua Levu and Taveuni. The Strait is excellent for large pelagic fish and has excellent visibility. It’s a colorful part of Fiji’s underwater world, with plenty of soft coral to view, as well as providing another opportunity to spot the scalloped hammerhead shark. The area is also known for plenty of whitetip reef sharks, as well as leopard sharks.

This giant reef near the island of Kadavu is a remote part of Fiji which allows marine life to thrive. The reef is one of the largest barrier reefs in the world, offering great diversity in marine species. Expect to see plenty of reef sharks, while it’s not entirely uncommon to see oceanic hammerheads too, with the months of July to August being the best time to spot them. 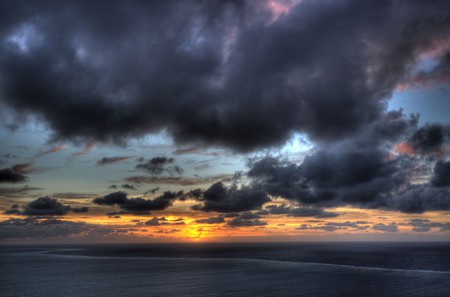