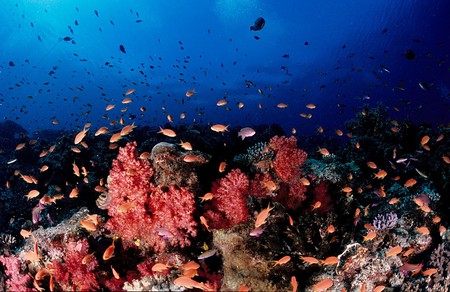 The Pacific Islands offer some of the best scuba diving in the world. The water is warm all year, wetsuits are optional in the summertime heat, and the coral and marine species thrive. Here are a few of the top spots where the topography is diverse with chasms, pinnacles, walls, caves and even a variety of exciting options for wreck divers.

Divers from all over the world come to Palau, an archipelago with more than 200 pristine islands, for its variety of incredible scuba diving adventures. Palau boasts healthy reefs, great visibility, big schools of fish, World War II boat wrecks, more than 1,500 species of fish, and 700 species of coral and sea anemone. 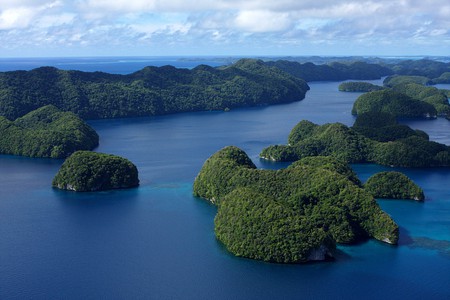 Fiji is known as the soft coral capital of the world, with popular dive spots in the town Savusavu and the island Tavenui. A number of currents sweep through the waters off the Fiji Islands, bringing plenty of nutrients to coral and fish. Shore diving off the islands is great for beginners, and boat diving takes more experienced divers out to spots brimming with all sorts of marine species and sharks. One of the most famous dives in Fiji is the Beqa Shark Dive, where divers descend into an arena full of various shark species, including bull sharks, which is among of the most dangerous species. 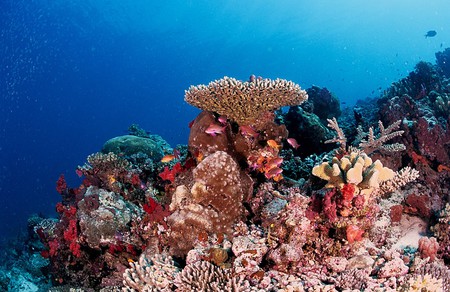 Niue is the tiny Pacific Island many people have never heard of; however, scuba divers know that it is a special place. This coral atoll has no gentle sandy slope into the water, just a sudden drop-off into the deep blue sea, which makes the water visibility some of the best in the world. It’s not unheard of for visibility to reach 328 ft./100m. There’s no river run-off into the ocean, either, so there’s no sediment in the sea. Expect to see underwater caverns, caves, chimneys and pinnacles. You might even spot humpback whales if you’re there when they arrive between July and October. 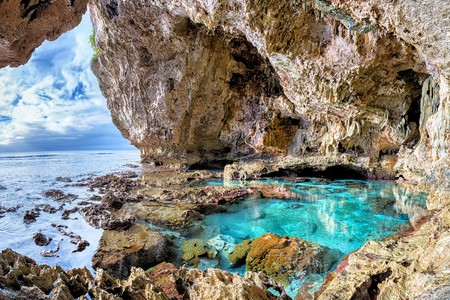 One of the major draws to Vanuatu is the chance to dive the famous ship, the SS President Coolidge. The vessel was originally an American luxury ocean liner, which was completed in 1931 and then served as a troopship from 1941-1942. The ship, which wrecked when struck by two mines, is now home to plenty of marine life, and different areas can be accessed depending on diver experience. Vanuatu has a number of other wrecks including the Star of Russia and Million Dollar Point.

Papua New Guinea remains untouched by mass tourism, meaning the waters surrounding the islands have suffered little diver impact. Diving is available year-round thanks to the warm waters. The marine life is exceptionally diverse, with up to five times as many species as in the Caribbean, and you can expect to see barrier reefs, coral walls and World War II wrecks among other exciting underwater marine displays. 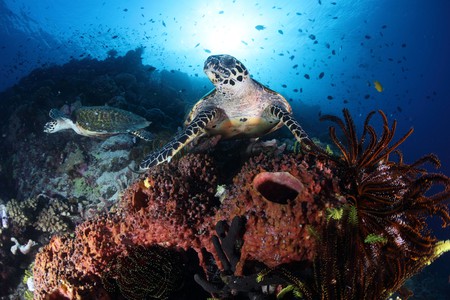 Diving in Papua New Guinea | © Palomba / Shutterstock
Give us feedback