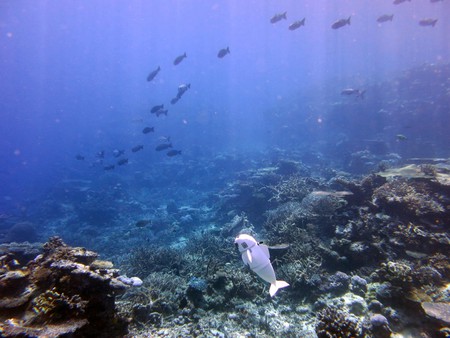 In Fiji’s Rainbow Reef, a robotic fish is helping biologists monitor marine animals without disturbing them.

Created by scientists at the Massachusetts Institute of Technology (MIT), the soft robotic fish, named SoFi for short, is the first robot of its kind capable of swimming untethered in three dimensions for extended periods of time.

SoFi “has the potential to be a new type of tool for ocean exploration and to open up new avenues for uncovering the mysteries of marine life,” said MIT Computer Science and Artificial Intelligence Lab PhD candidate Robert Katzschmann.

With global warming and overfishing damaging the ocean’s fragile environment and hurting marine life, scientists are racing to record the ecosystem in detail.

While with obtrusive tech and diving humans disturb the natural environments, inconspicuous SoFi has been designed to blend seamlessly into its surroundings, capturing close-up, never-before-seen views. 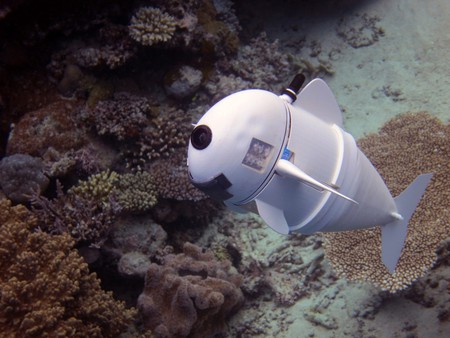 Following advances in material sciences, technologists have been able to build soft-bodied robots, including an ‘octobot’ capable of mimicking an octopus built last year. Now, with SoFi, the newly flexible materials have been exploited to allow for better underwater locomotion.

Weighing about 3.5 pounds and just 18.5 inches long from tip to tail, SoFi can dive down, adjust its pitch, swim in a straight line, turn, or dive thanks to a ‘buoyancy control unit’.

In Fijian waters where scientists recently tested SoFi, the robot swam at depths of more than 50 feet for up to 40 minutes.

Its creators have said that future iterations of the tech will improve its swimming and vision, as well as explore solar-cell platforms for recharging.

For more ways robots are advancing our capacity to explore the natural world, check out our feature on the Earthly benefits of a mission to Mars.