An Adventure Traveler's Guide to Fiji 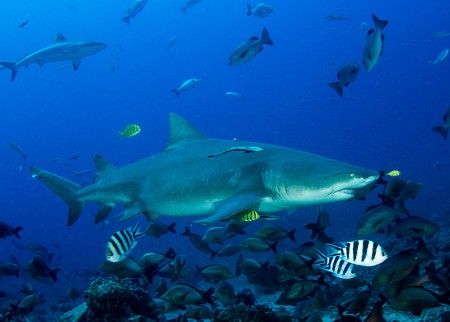 If the idea of sunbathing and relaxing on the remote islands of Fiji fills you with boredom, then it’s time to look beyond the traditional marketing images. The truth is, Fiji is a trill-seeker’s playground. Take a dive into some of these adrenaline-fuelled activities and discover a Fiji that’s so much more than just a lazy honeymoon haven – it’s a heart-racing adventure destination.

Fiji is known for having some of the most amazing soft coral diving in the world, but it’s also famous for its shark diving. Don’t be scared though – most of the time you’ll only see small, whitetip reef sharks, which are more interested in lying on the ocean floor than they are in investigating human presence.

However, if you really want to get face-to-face with some real shark action, head to Beqa Lagoon in Pacific Harbour for one of the most thrilling shark dives you can imagine. No cage; just you, the deep ocean and dozens of bull sharks, none smaller than a motor vehicle. 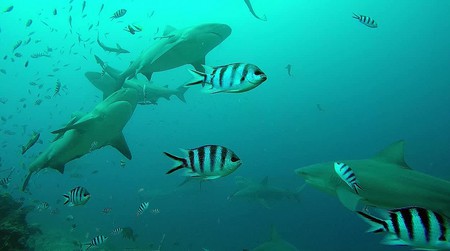 Flyboard on the coral coast

If hoverboards and jet-packs are your jam, then consider flyboarding along Fiji’s Coral Coast. It’s the only place in Fiji, and one of the few in the world, where you can be hydro-propelled off the surface of the water to fly above the sea. Learn the basics of hovering above the ocean or diving like a dolphin, then step it up a notch and attempt what’s known as the ‘tornado’.

With a wingspan reaching up to six metres (20 feet), swimming with manta rays is the kind of activity that makes you feel small and insignificant – and in total awe of the underwater world. Fiji is home to a couple of manta ray feeding channels that are full of nutrients; ideal for these filter feeders. Swim, snorkel or dive alongside these majestic sea creatures in the Yasawas or off the island of Taveuni between the months of May to October for the best chance of sightings. 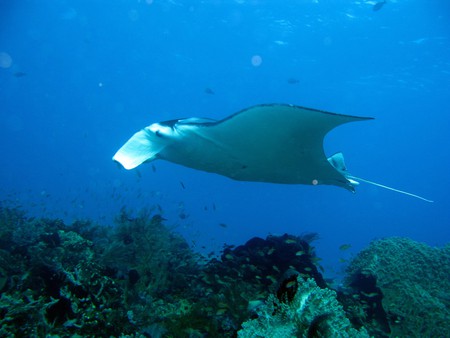 Manta Ray diving is a popular activity in Fiji | © prilfish/Flickr

If you love speed and the feeling of flying across the surface of the water, spend a night on Beachcomber in the Mamanuca Islands and hire a jet ski. Nana drivers take note: the slower you go, the less stable you’ll feel. This is one activity where getting enough speed is vital for a smooth ride.

Kayak down a canyon

Fiji’s Nausori Highlands are often ignored by hotel-dwelling, beach-loving tourists, so heading inland is a great way to escape the crowds. Best of all, the Highlands are home to the Upper Navua Gorge, a river canyon surrounded by waterfalls ideal for rafting – or, head to Middle Navua River for a kayaking adventure among jungle terrain.

Zip-line through a forest

Enjoy the thrill of flying through a forest on a zip-line on Viti Levu. The landscape of Fiji is more volcanic than most people realize, making it perfect for soaring between the mountainous landscape and tropical forests, and the Nadi Zip-line Tour boasts five kilometres of zip-lines through caves and canyons.

Fiji has some of the best surf breaks in the South Pacific. Be warned however, it’s not the ideal place to learn, as it has razor-sharp reefs and strong currents. While there are plenty of surfing schools and areas for beginners, there are some spots in Fiji that are only for experienced surfers. Come prepared before heading out to Cloudbreak, one of the most renowned – and challenging – surfing spots in the world.