8 Historical Sites To Visit in Fiji 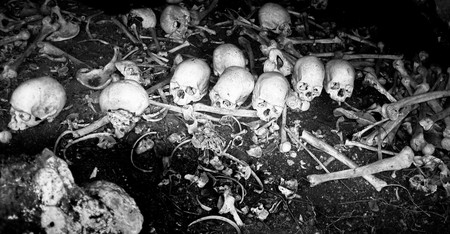 You can take a tour to Naihehe Cave, where the last known cannibal tribe lived | | ©Christian Peraita/Flickr

Fiji has a varied and lengthy history. Archaeological digs have uncovered details of its early inhabitants and its cannibalistic past, while other known sites around the islands recognise the country’s importance in world history, such as its work defending the Pacific during World War II. Read on for our guide to the country’s most important historical sites.

The Sigatoka Sand Dunes are Fiji’s first and only national park and span 650 hectares. The dunes range from 20 to 60 metres tall and have formed over millions of years.

The area is significant, with archaeological digs uncovering pottery shards dating back over 2,600 years, as well as human remains. Excavations have lead archaeologists to believing the early inhabitants of Fiji were the Lapita people – a prehistoric people thought to have lived in the Pacific. The area is also home to one of the largest burial sites in the Pacific. 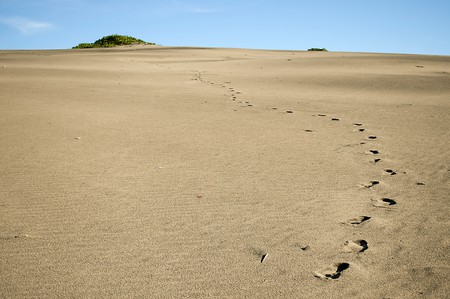 Wakaya Island is home to a historical site known as Chieftan’s Leap. It is believed that in the 1830s, the chief of Wakaya and 22 of his men leapt to their deaths from this cliff on the western side of the island, after a chief from a neighbouring village began to attack them. In 1840, Wakaya was sold to Europeans and is now a private 2,200 acre island, run by the Wakaya Club & Spa, which runs guided tours to Chieftan’s Leap for guests.

Udre Udre is known as Fiji’s most prolific cannibal, believed to have eaten over 800 people. He was a tribal chief in northern Viti Levu, the mainland of Fiji. It’s said he kept a stone for each of his victims, which now surround his grave in Rakiraki. The grave itself is simple and there’s not much to it, other than the 800-odd stones decorating the site. However local lore suggests Udre Udre’s spirit lingers, and villagers advise outsiders not to visit the grave alone.

This site at Momi Bay, about half an hour out of Nadi, played a key role during World War II. In 1941, New Zealand forces installed two 6-inch guns in this area to protect Fiji against the Japanese. The area has an unobstructed view out to the reef and the reef break – the only area where ships can enter into Western Fiji. Visitors can walk through the gun site and the old barracks to learn more about Fiji’s role in World War II, or simply to enjoy the incredible views out to the Mamanuca Islands. 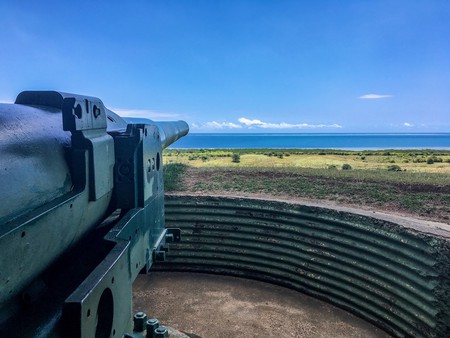 Vatulele Island is home to a number of archaeological sites. Some of these include caves with early rock drawings and paintings. The island is now exclusive to guests staying at Vatulele Island Resort, which runs tours to the sites where visitors can view these early artworks.

Levuka was once the capital of Fiji and is located on the island of Ovalau, in Fiji’s Eastern Division. The town was founded by European settlers back in the 1820s and became an important trading port. Visiting Levuka today is a step back in time, with old colonial style buildings still standing. The town’s Royal Hotel is the oldest operating hotel in the South Pacific. The town was listed as a UNESCO Heritage Site in 2013. 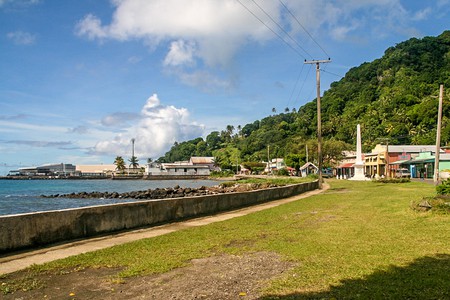 Fiji has many extensive cave systems, used as burial caves. The Warrior Burial Cave in Taveuni is about 350 metres long. It is thought Taveuni’s greatest warriors were buried and hidden in this cave, to protect the remains from being discovered by enemies. Many of the large bones have been removed after the cave was discovered in the 1950s.

You’ll need a dive certificate if you’re to explore this historical underwater site. Scattered across the sea floor near Beachcomber Island in the Mamanucas are the remains of a World War II B26 Bomber plane. It is believed that all those on board died when the plane crashed into the sea. The wreckage is broken up into pieces and entire wing sections and propellers can be clearly seen. A piece of rope guides divers from one part of the wreck to the next. 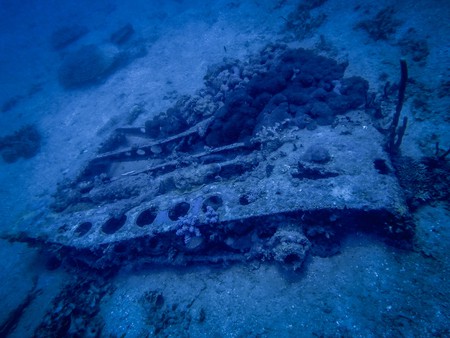