The Best Things To See and Do in Rarotonga, Cook Islands

PACIFIC
/
Things to Do 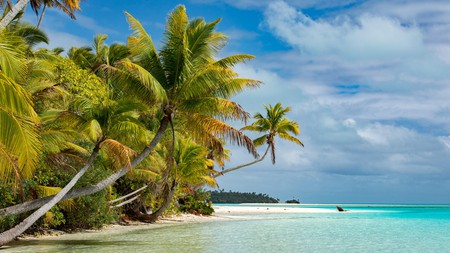 Discover the wonders of Rarotonga, the largest of the Cook Islands | © Andrea Izzotti / Alamy Stock Photo

Mountain climbing, birdwatching and biking the backroads might not be everyone’s idea of a tropical island holiday. But Rarotonga, the largest of the Cook Islands, offers so much more than beachfront relaxing (though there’s plenty of that to be had, too). Find out more in this guide to the best things to see and do in ‘Raro’.

Yes, going to Raro and refusing to budge from the beach is definitely an option – and a perfectly pleasant one. But the island’s volcanic, mountainous and largely uninhabited interior is what sets it apart from the Pacific Ocean’s numerous low-lying, white-sand coral atolls. Those who ‘turn inward’ are often surprised and delighted about what they find.

Read on to learn some of the best ways to experience and appreciate Rarotonga’s lush green landscapes, stunning coral lagoons and fascinating local history and culture. Note that street names and numbers are rather elusive in Raro, so directions tend to be descriptions like ‘next to this resort’ or ‘behind that supermarket’! 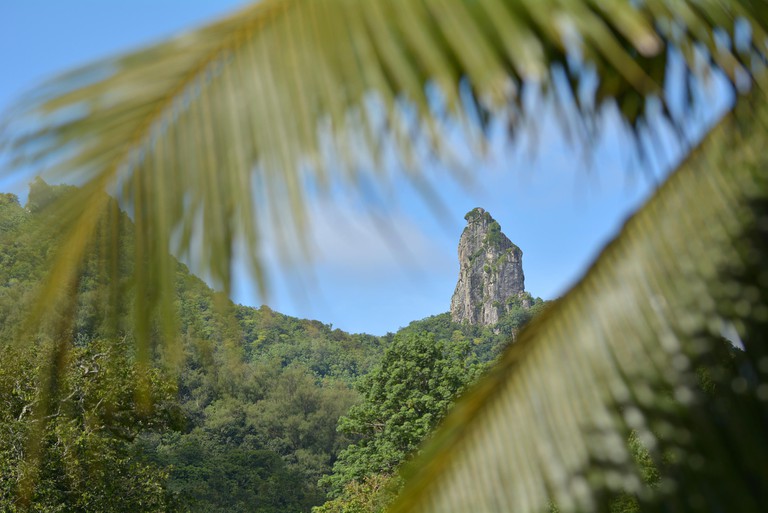 The craggy outcrop of Te Rua Manga – the highest point on the island – offers epic 360-degree views. The final (and optional) section, which involves climbing on to ‘the needle’ itself using chains, is not recommended for children or people with physical health concerns. It’s worth it for the extra views, though. Te Rua Manga is accessed via the Cross-Island Trek trail, which starts beside the Avatiu Stream behind Avarua, and comes out at Wigmore’s Waterfall in the island’s south-east (it’s easiest to do the trek from north to south.) For those who prefer a guide, Pa’s Cross Island Treks comes highly rated for ecological and cultural knowledge as well as safety. “I started trekking in the mountains when I was four years old, and my grandmother would send me to gather and count leaves and herbs for traditional healing,” says Pa.

Eat like a local at the Muri Night Markets 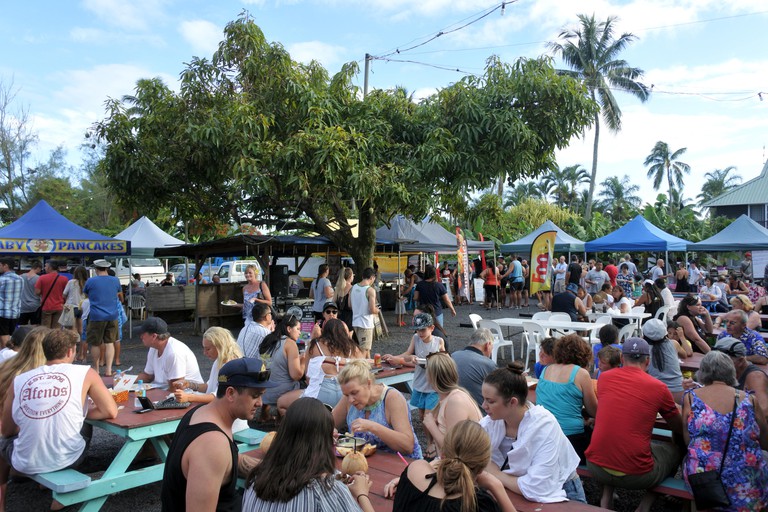 The Muri Night Markets are held on Sunday, Tuesday, Wednesday and Thursday nights, from 5pm to 9pm, in a car park beside the Muri Beachcomber resort. The market offers a wide range of fresh, local fare like ika mata (raw fish with coconut milk and finely chopped vegetables) and food cooked in umu (traditional underground earth ovens), as well as contemporary classics like curries, fresh fruit juices and sweet treats. Local environmentalist Maria Tuoro, who coordinates the Ridge2Reef conservation programme, recommends tourists bring their own plates, cups and drink bottles – or rent them from the plate-hire stall which is run by the local school. “Our landfill is very overwhelmed already,” she says. “So we’re really trying to push people to recycle, reduce and reuse.”

Learn about Raro’s marine life in a reef submarine 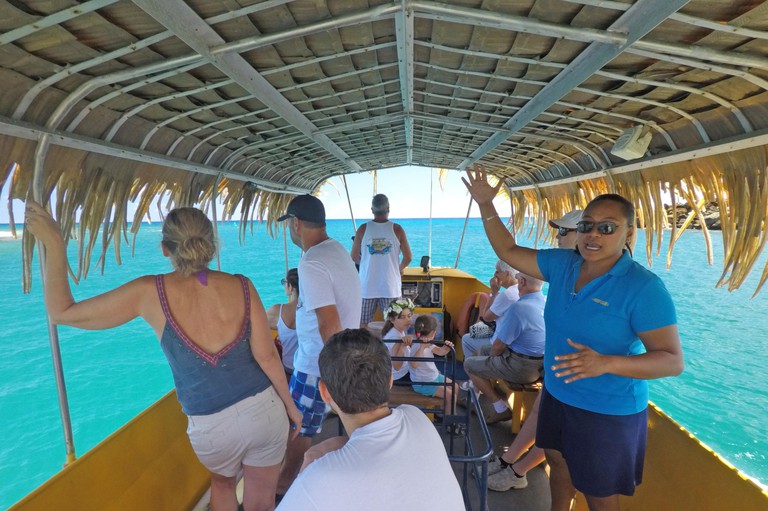 The Cook Islands have the largest protected marine area in the world. The semi-submersible Raro Reef Sub, which operates daily (weather permitting) out of Avatiu Harbor, provides an opportunity to see some of its marine life up close – without getting wet. The tour explores a hundred-year-old shipwreck and offers the chance to see coral gardens, giant trevally, turtles and sharks – and for the lucky ones, maybe even a humpback whale! To find out more about Raro’s marine life, the Discover Marine and Wildlife Eco Centre in Arorangi is also well worth a visit. Educative displays and videos inform visitors about marine life across the Cook Islands, and a number of interesting animals live in the centre’s aquariums. “Our objective is to create awareness around the environment and the wildlife… so that people will walk away with a better understanding of where they are,” says centre owner Stephanie Jansen.

Search for rare birds at the Takitimu Conservation Area 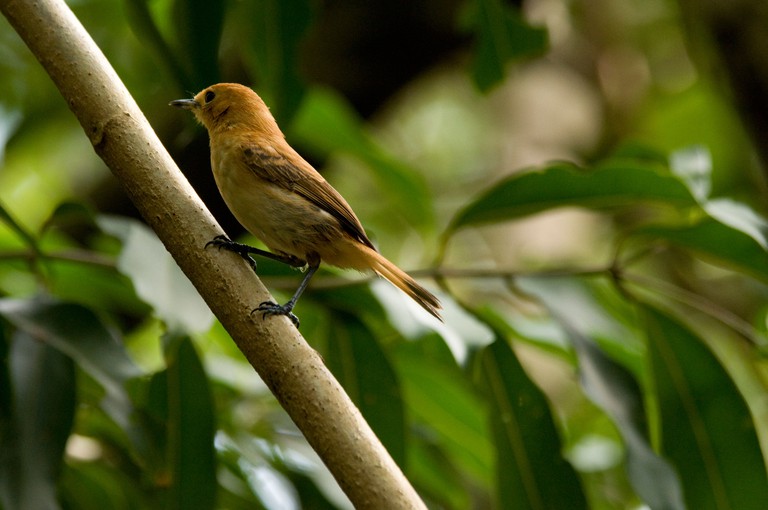 Bird enthusiasts can take a guided walk into the forested hills of the Takitimu Conservation Area with local legend Ian Karika, and learn how he and a crew of scientists and volunteers are bringing back the rare kākerōri bird – or Rarotongan flycatcher – from the edge of extinction. In the 1980s, scientists realised there were only 30 of these birds left. Ian’s family, and two neighbouring families, set their forested land aside as a conservation area, and with support from local environmental groups and New Zealand’s Department of Conservation they set about trapping rats and protecting the birds’ nests. Now, the population is over 600. The tour business started very organically, says Karika. “People just started asking for tours of the place,” he says. “They love it! And the good thing is that the money pays for the bait and traps.”

Paddleboard or kayak to a desert island in Muri Lagoon 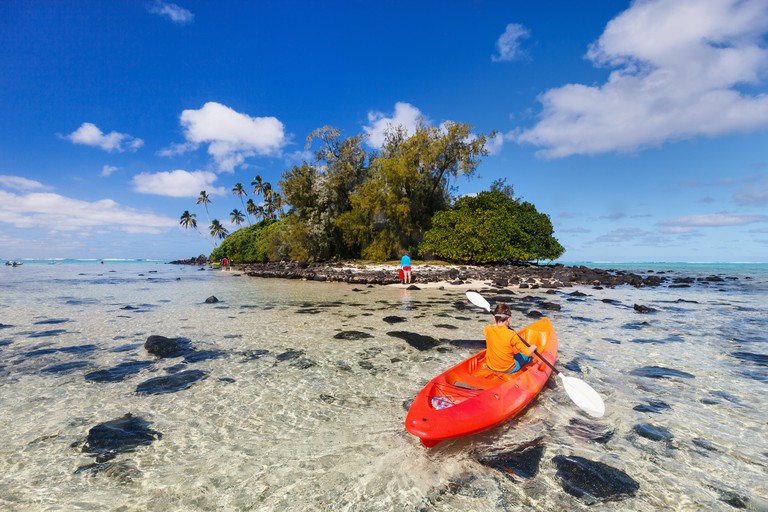 Dubbed ‘the jewel in Rarotonga’s crown’, Muri Lagoon, with its three adorable islets (known locally as motu) sitting just offshore, will satisfy many holidaymakers’ tropical holiday fantasies. “It’s so beautiful there; the motu are really unique,” says local resident Jacqui Evans. Visitors can hire paddleboards and kayaks from one of the resorts at the shoreline and explore the motu at their leisure, or jump on to one of Captain Tama’s famous glass-bottom boat cruises for an entertaining trip including songs, stories, coconut-palm-climbing contests and a delicious local lunch. Be aware that when the trade winds are blowing from the south-east from April to November the water can be choppy and the breeze quite chilly. 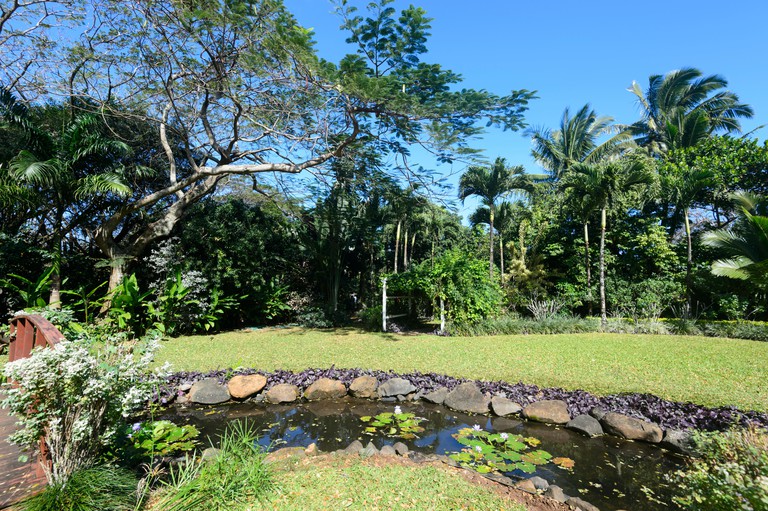 The shady trails of the Maire Nui Botanical Gardens in Titikaveka are a welcome respite from beachside sun. The fully organic gardens, which feature a range of decorative, medicinal and/or edible plants, have been running for 25 years. “We’re probably the oldest organic garden on the island,” says owner Hinano Macquarie. Local school children often visit to learn about gardening techniques and hear about the ways their ancestors kept themselves fed, which included planting according to the phases of the moon. There’s also a café that sells tasty food grown on the premises, and the gardens are a popular spot for weddings.

Circumnavigate the island by bike 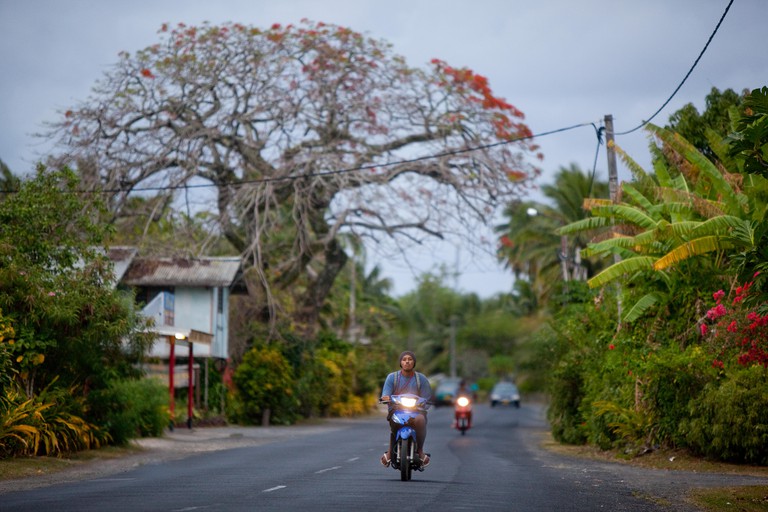 There’s one main road that rings Rarotonga’s coast, called the Ara Tapu. It’s flat and has a speed limit of 50kph (31mph), so it’s great even for beginner bikers. Getting around the whole island takes about three hours, though it’s best to take it slow and stop for swims and snacks from roadside stalls along the way. There are numerous water stations where visitors can refill drink bottles. Note that although the road can get busy (around 9am, then in the afternoons from 3pm to 5pm) and there are some serious potholes to contend with, the backroads are worth a detour for a quieter sense of village life.