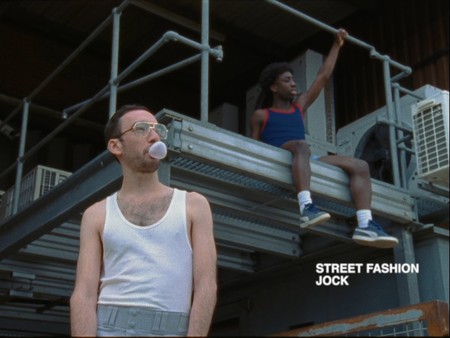 There are few greater tests of self-control than coming across something labeled NSFW during the work day. It’s always a gamble what you will find on the other side of the jump, and while the rewards sometimes pose little risk to your state of occupation, Brendan Maclean’s new music video for his song “House of Air” is far from office-appropriate content — unless you work somewhere like an adult toy store.

“WTF is this music video and how is it on YouTube” was the title of the Reddit thread that led me to Maclean’s latest visual output. There was no escaping a lede like that. Skipping the thread’s comments in order to preserve the video’s mystery, the first thing I notice is the provided YouTube description: “An anthropological study of gay semiotics, taxonomies, and sexual behaviors.” Not exactly sure what to make of that. 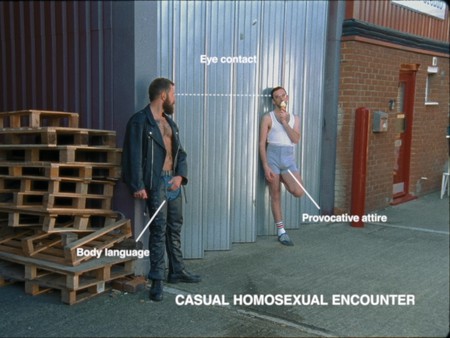 There are a lot of questions that come to mind after the first watch: What’s with those diagrams? Why did Maclean and the directors of the video decide to make it so graphic? How is this still on YouTube? Is there a clear division between art and pornography or is it more of a venn diagram? Speaking with Maclean over email, the Australian artist breaks down his controversial film.

The video is based on Hal Fischer’s Gay Semiotics, a book written in 1977 that observed and celebrated gay life in San Francisco’s Castro neighborhood, tongue in cheek. Using text and photography in a deliberate manner so as to “disarm” those unfamiliar, Fischer laid out some of the ways gay men identified and communicated, like the color and location of a handkerchief on one’s person, as well as breaking down full attires like Western cowboy and street fashion jock.

“Happy accidents lead me to a pithy queer literature section in a Soho mall when I was touring London, you know, the type that have seven biographies on Harvey Milk and maybe a few aging photo books,” Maclean says. “Hal’s book was the thinnest I could find and I’m lazy, so it caught my eye, but also because it’s the first time I’ve laughed along with such academic writing.

“I saw myself Fischer’s attempts to describe his world quite literally but with some sass — an uncensored look at his own community, it’s kind of a, ‘fuck you’ to people who observe queerness from the outside like we’re fish in an aquarium. I was very relieved to receive an email from Hal giving the video his blessing. Legend.”

Unsurprisingly, the clips in relation to Fischer’s work are not the ones that scores of YouTube users have taken the greatest offense to (although, it’s a safe bet to say that were the video solely an homage to Gay Semiotics, there would still be a substantial crop of outspoken offended individuals), it’s everything else.

“Brian [Fairbairn] and Karl [Eccleston], my directors, very much lead me down the explicit path. I was certain it would be all innuendo and camera tricks, but it became clear that sitting on the fence was useless. You either go there or why bother?” 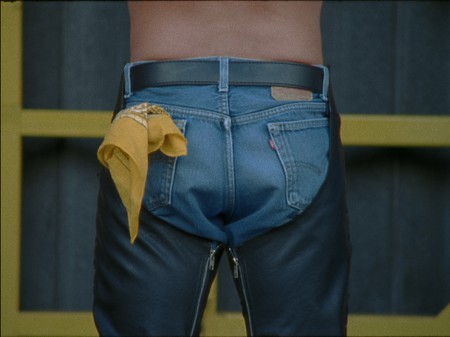 While the video’s comments section is full of angered demands of removal, homophobia, and antisemitism (because why not?), Maclean assures that there are just as many people out there who love it. And as he points out, the most important part is that people have a reaction.

“First and foremost I want people to be entertained,” Maclean says. “Be it applauding, screaming, even if you actively hate it — I just wanted to see people react and discuss queer art. There is equal amounts of love for the clip as their is hate. People saying, ‘This is disgusting and it doesn’t represent me!’ or this morning someone privately messaged to say, ‘How sad it was that there is not a scene with people showing true love.’ Now, I’m not really one to step in and say, ‘Art is subjective,’ or, ‘I wasn’t trying to represent you,’ or, ‘Oh my god, go watch a Sam Smith video, but also fisting can be love, don’t be a judgmental dick.’ I’ve done my job, the comments section is not something I need to comment on, except for right now where I totally commented on it.”

With “House of Air” quickly approaching half a million views on YouTube, it’s impressive that it has lived on YouTube for over a week now without being pulled down. Looking at YouTube’s policy guideline on nudity and sexual content, what is and isn’t permitted is laid out as such:

Sexually explicit content like pornography is not allowed. Videos containing fetish content will be removed or age-restricted depending on the severity of the act in question. In most cases, violent, graphic, or humiliating fetishes are not allowed to be shown on YouTube.

A video that contains nudity or other sexual content may be allowed if the primary purpose is educational, documentary, scientific, or artistic, and it isn’t gratuitously graphic. For example, a documentary on breast cancer would be appropriate, but posting clips out of context from the same documentary might not be.

Again, we are left with a number of questions: How does YouTube define pornography? Does YouTube consider this video’s primary purpose to be artistic, or maybe even educational? Is age-restriction on the video enough? Given the video’s 23,000-plus dislikes, YouTube has undoubtedly received a few complaints, and so we will have answers in time. For now, Maclean is just as surprised as the rest of us that it hasn’t been taken down yet (“Absolutely! Like, I’ve seen reaction videos to it get taken down”), but in case that day comes, he and his team built the video its very own “adorably Geocities/Angelfire/early ’90s Myspace page,” and it’s safely sitting on Vimeo (“YouTube’s cool auntie”). 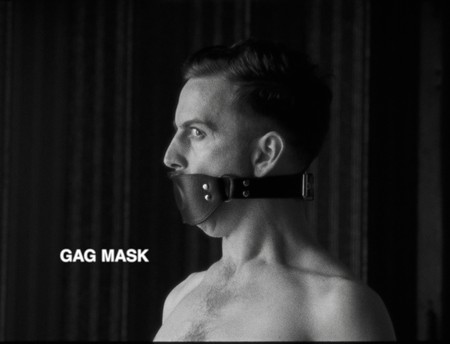 While Maclean considered creating a SFW version of the video, he ultimately decided that he didn’t want to be constantly choosing between promoting a safe version or an unsafe version.

“It’s a single art piece and the extremes are a part of the structural arc of the clip. Music videos are a really cool way to have a conversation with the audience that might be interested in your music, and I wanted one conversation, and holy Moses have the conversations flowed.”

Throughout this whole process, it’s easy to forget that the backbone of video is the actual song. Try listening to “House of Air” sans video, odds are that you will find your head bobbing and leg pumping to what is a fantastic piece of pop music.

Even so, the two are now inseparable, and so Maclean is left with one question: Do you believe that your music video is art?

In the end, there truly is little to no harm done by Maclean’s latest music video. If this isn’t a video you want to see (again) then don’t watch it. Or, as so many commenters on YouTube, 4chan, Reddit, etc. have, you can call for the removal of the video and wish ill upon those involved and those who find it acceptable/enjoyable. I would wager the former is the far healthier option of the two, and maybe it’s time we stopped telling groups of people that we don’t identify with what they can’t do and who they are, instead having a conversation with them. But internet will be internet.

You can watch Maclean’s video for “House of Air” below, but, again, we must stress that this video is very, very NSFW.