Your Guide to the Australian Centre for Contemporary Art

Located in the Melbourne Arts Precinct, the Australian Centre for Contemporary Art was established in 1983 under the Cain Government after a call came from Melbourne artists for a contemporary art space. ACCA’s first exhibition 3 Artists / 3 Rooms was held in the Dallas Brooks Drive building where artists David Larwill, Juan Davila and Howard Arkley were each given a room to paint. Since then ACCA has presented hundreds of exhibitions from Australian and international contemporary artists and launched thousands of programs including lectures and talks, public events, performances, screenings, seminars and more. This is your guide to the Australian Centre for Contemporary Art including current and upcoming exhibitions and events.

Designed by the architecture firm Wood Marsh, the Australian Centre for Contemporary Art is one of Melbourne’s most striking buildings, featuring a rusted steel façade in a geometric design. Inspired by the German concept of the Kunsthalle, ACCA is essentially a shell housing four gallery spaces which branch out from the main foyer. ‘The building is designed to make reference to its function…a sculpture in which to show art,’ architects Roger Wood and Randal Marsh said. 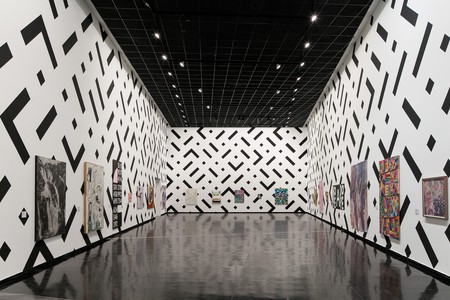 Join artists Tully Moore and Sam Songailo for a day of free creative workshops catered to children between the ages of 4 – 12 and their families. The workshops will each run twice, allowing visitors to participate in both.

Take a virtual tour of Los Angeles with ACCA curator Annika Kristensen in a lecture series studying the streets and sights of the City of Angels. With a complimentary cocktail in hand, attendees will explore the cultural significance of this west coast city.

Gerard Byrne: A late evening in the future

Inspired by Samuel Beckett’s one-act play Krapp’s Last Tape, Irish artist Gerard Byrne has created a multi-sensory theatrical experience which employs lights, television monitors, video projections and architectural studies to “blur distinctions between past and future, myth and reality.” A late evening in the future assembles 15 years’ worth of recordings by Byrne showcasing his interest in ‘collective history and dramatic reconstruction.’ In addition to the exhibition, ACCA presents Gerard Byrne in conversation with curator Annika Kristensen as well as a keynote lecture. Located in the main exhibition gallery, A late evening in the future is a part of the Melbourne Festival. 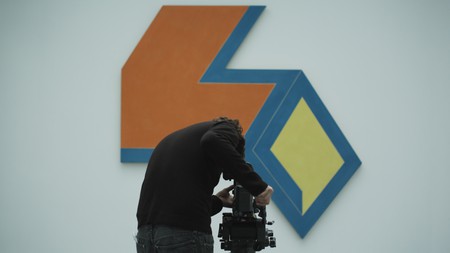