Why You Should Visit Australia's Kosciuszko National Park

Australia’s highest mountain, Mount Kosciuszko, is located within the Main Range of the Snowy Mountains and is a part of the Australian Alps National Parks and Reserves in New South Wales. The smallest of the Seven Summits, Mount Kosciuszko stretches 2,228 metres above sea level and offers panoramic 360-degree views from the summit.

Formed 355 to 490 million years ago, Mount Kosciuszko is a low profile granite mountain that was first summited in March 1840 by Polish explorer Count Pawel Edmund Strzelecki, who named the peak in honour of Polish national hero and hero of the American Revolutionary War, General Tadeusz Kościuszko. The area was deemed a national park in 1906 and was designated a UNESCO Biosphere Reserve in 1977; however, the mountain was misspelt as Kosciusko until 1997.

Approximately 100,000 people visit Mount Kosciuszko each year, with the majority of visitors choosing to hike during the summer. The Kosciuszko Express Chairlift from Thredbo is 1.8 kilometres, extending 560 metres and takes around 15 minutes to reach the top, terminating at the foot of Eagles Nest Restaurant. From the restaurant, there is an elevated metal track which passes by Rams Head Ridge and leads to Mount Kosciuszko. The walk is 6.4 kilometres one way. Throughout the summer months, it’s possible for anyone with a moderate fitness level to reach the summit thanks in part to the raised metal walkway which was installed to protect vegetation and prevent erosion; however, there are sections of the ascent which are steep and rocky and may be difficult for some. From June until late October, the Australian Alps are blanketed by heavy snowfall, making the ascent challenging, and the climb should only be attempted by avid hikers with the appropriate footwear and hiking gear.

One challenge popular with keen hikers is the Aussie 10, which challenges hikers to summit the ten highest peaks in Australia, all of which are a part of the Australian Alps. The ten mountains you can expect to climb during the challenge are Mount Kosciuszko, 2,228 metres; Mount Townsend, 2,209 metres; Mount Twynam, 2,195 metres; Rams Head, 2,190 metres; Unnamed peak on Etheridge Ridge, 2,180 metres; Rams Head North, 2,177 metres; Alice Rawson Peak, 2,160 metres; Abbott Peak, 2,145 metres; Carruthers Peak, 2,145 metres; and Mount Northcote, 2,131 metres. This journey typically begins at Charlotte Pass.

Mount Kosciuszko is located halfway between Melbourne and Sydney and is three hours south-west of Canberra. The drive from Sydney takes five and half hours, while it will take you six and half hours to drive up from Melbourne. Culture Trip Melbourne recommends flying into Canberra and staying at the nearby town of Jindabyne or the Thredbo Alpine Village. See the beauty of the Kosciuszko National Park below. 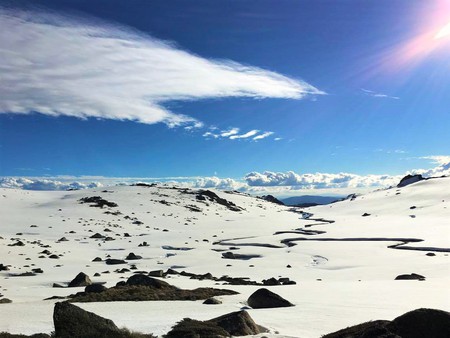 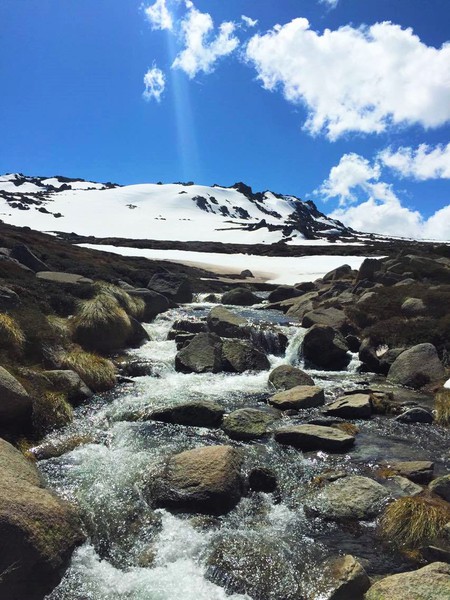 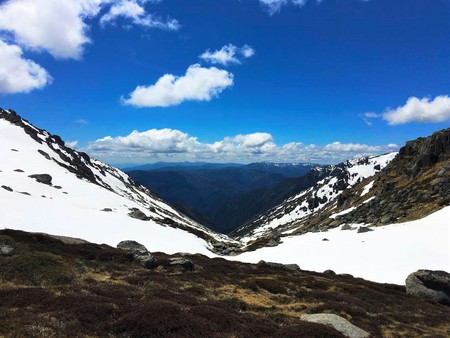 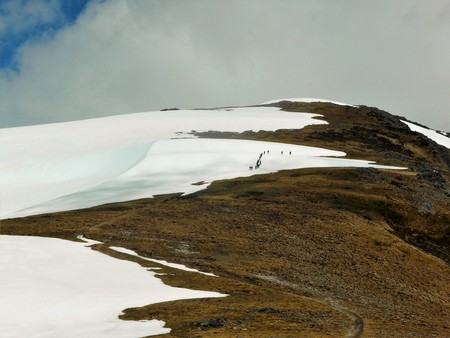 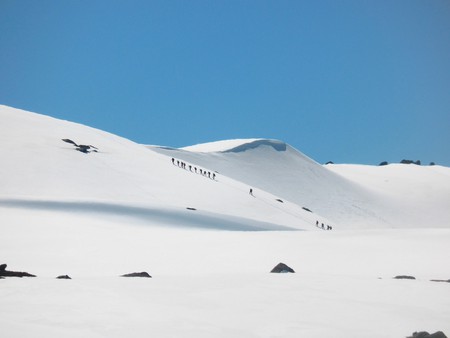 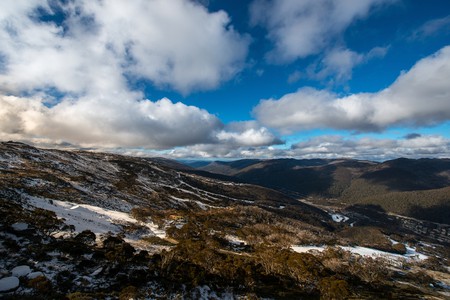 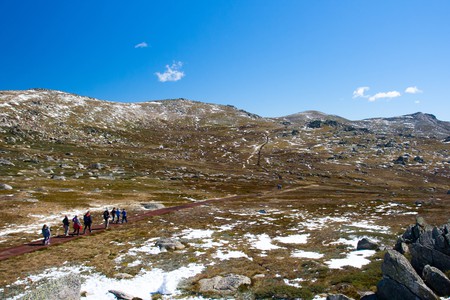 A spectacular view across the valley on the Kosciuszko | © FiledIMAGE/Shutterstock.com​ 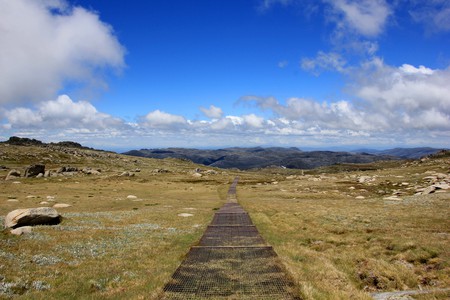 Way to Freedom | © Federherz​/Shutterstock.com​
Give us feedback