Why Byron Bay, Australia, Is the Place To Get a Taste for Natural Wine 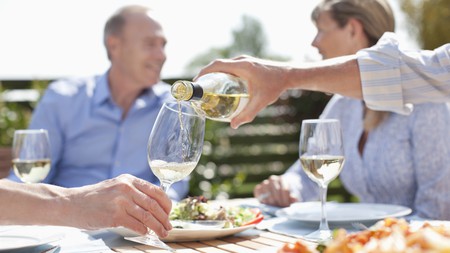 People have been making fermented grape juice without additives for centuries, but only in recent years has natural wine become a trendy tipple. Long recognised as a centre of green living and eco-innovation, Byron Bay has become a natural home for the low-intervention alcohol movement – despite the closest wine region being a 3.5-hour drive away.

What exactly is natural wine?

While there’s no legal definition for natural wine (also described as minimal intervention wine), most winemakers agree that its characteristics include organically grown grapes, fermentation with wild yeast and no tinkering with chemicals. However, a small amount of sulphites (the main preservative used in wines) is generally permissible.

While traditional oenophiles criticise natural wine’s perceived flaws, with words like “funky’ thrown around a lot, fans argue both for its virtue and the unique tastes the natural winemaking process can produce. Some also claim natural wines soften the blow of hangovers, but the science is yet to conclusively prove that guzzling natural wine will leave you feeling much better in the morning. 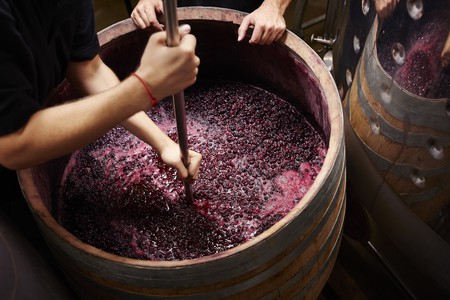 “People seem to want natural wine, even if they know nothing or very little about it,” says owner Pete Windrim, a former biodynamic winemaker. “Instinctively, they know it will be better for them, and in some ways better for the environment.”

Supernatural’s wine list features 50 bottles of vegan plonk, and you can sample anything from a rich orange wine (a type of white wine made by leaving the grape skins and seeds in contact with the juice) to refreshing natural sparkling wines known as pét-nats – which are bottled everywhere from South Australia’s Adelaide Hills to the Beaujolais region of France, where the modern natural wine movement began in the 1960s. (It’s worth noting that while most natural winemakers tend to lean towards more ethical practices, some still use animal-based products in their production; natural doesn’t always mean vegan, so check the label.)

For a truly local flavour, look out for Jilly Wines. Produced in nearby Clunes, its wines are made primarily from grapes grown in the New England wine-growing region, the closest wine region to Byron Bay.

With many natural wines best consumed within hours of popping the cork, they are rarely sold by the glass in restaurants, making a wine bar a top spot to sample them when you’re not prepared to drink an entire bottle.

“Once they are opened, natural wines are very sensitive to spoilage via oxygen,” Windrim explains. “Their honesty makes them more fragile, but much more fun.” 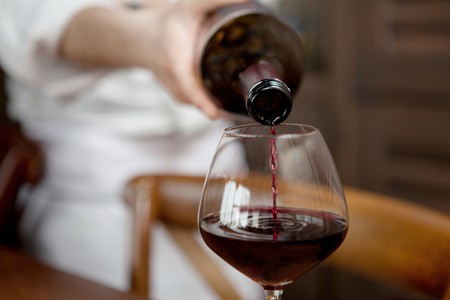 Then came the natural wine store

While he was helping curate the wine list for Supernatural Cellars, award-winning Byron Bay sommelier Russ Berry was already in talks with mates James Audas and Tom Sheer from Australian wine importation and distribution company Lo-Fi Wines to open a wine shop in town. Dedicated to small producers in Australia and beyond, with a focus on sustainable farming, minimal intervention winemaking and wine for everyday drinking, Luna Wine Store opened its doors on Byron Bay’s main street in February 2020.

“We wanted to create a space where we could share the stories of these incredible producers with consumers on a personal level,” says Berry. “There’s a huge disconnect in Australia between producer and consumer, and I think there’s a calling in the Byron region to be exposed to that connection.”

A visit to the stylish, minimalist space, with its industrial-style concrete floor, spotted gum panelling and just the right amount of potted plants, is all part of the experience. And its knowledgeable staff will help you choose between the 300 bottles on offer – including a decent selection under 30 Australian dollars (£14.65). On Friday afternoons, Luna Wine Store also typically hosts complimentary tastings. 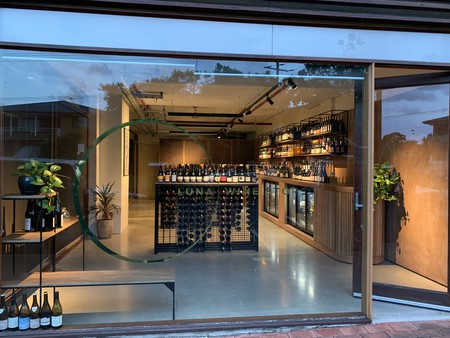 Before you leave town 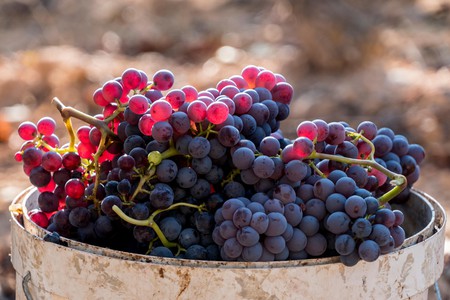