Why Australians Disown The Phrase “Put Another Shrimp On The Barbie” 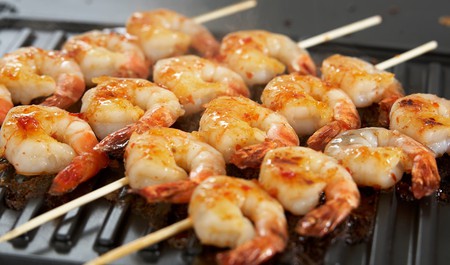 Prawns on the barbie | © Breville USA/Flickr

On the pantheon of Australian expressions, “shrimp on the barbie” is right up there with “g’day, mate” and “a dingo’s got my baby” as the most well known. But these four simple words make many Australians cringe, and these are the reasons why.

Where does “put another shrimp on the barbie” come from?

The expression stems from a 1984 television advertisement created by the Australian Tourism Commission for audiences in the United States. The original ad starred Paul Hogan two years before he played Mick Dundee in the astronomically successful Hollywood blockbuster Crocodile Dundee (1986), when he shot to fame in the US. In 1984, Hogan was relatively unknown outside of Australia, where he’d entertained domestic audiences with his quintessentially Australian larrikin humour as the lead man on comedy sketch program The Paul Hogan Show (1973-84). The shrimp ad, and then the Dundee franchise, catapulted Hogan to international stardom.

The commercial was screened during an NFL game in January 1984, and immediately transformed Australia — then perceived as a distant and exotic land — into a bucket-list destination in the States. Australia leapt from No.78 to No.7 on Americans’ list of most-desired holiday spots, and US arrivals jumped 25% every year for four years. Hogan’s dry charisma introduced Americans to Australia’s laidback lifestyle, irreverent sense of humour and wealth of outdoor attractions. Officially titled “Come and say g’day”, the campaign ran from 1984 to 1990, and is easily the most successful tourism campaign the country has ever rolled out. So why do Australians cringe when they hear those four words, ‘shrimp on the barbie’? 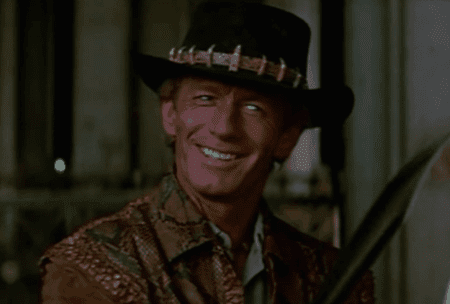 The phrase is inaccurate

As all Australians will be quick to tell you, ‘shrimp’ are actually called ‘prawns’ in Australia — and nobody, especially our man ‘Hoges’, would ever use this Americanism to describe Australia’s favourite seafood. And then there’s the misquoting of the phrase itself. What Hogan actually says is: ‘I’ll slip an extra shrimp on the barbie for you’, rather than any number of mangled versions that have been enshrined in US pop culture in the three decades since. Remember Jim Carrey in Dumb & Dumber or Sean William Scott in the Dukes of Hazard remake? If you insist on disrespecting our beloved prawns by using their incorrect title, the least you could do is spit out the hoary old cliché accurately. 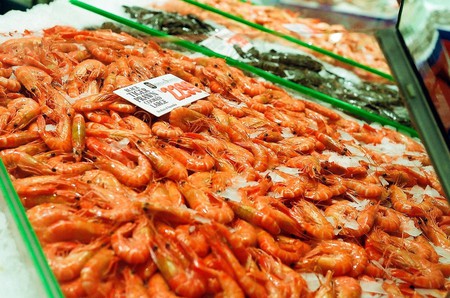 The cheesy depiction of Australia

If there’s one thing Australians love doing more than barbecuing shrimp, it’s bashing tourism ads for their one-dimensional portrayal of the country — and “put another shrimp on the barbie” is the cheesy Australian cliché par excellence. Although the campaign was wildly successful, the images that define Australia’s image overseas — beaches, koalas, the Outback, you know the drill — are always seen as kitsch by the domestic audience.

Almost every Australian tourism ad is hammered by local criticism. In 2006 we had the $180 million disaster that was ‘Where the bloody hell are you?’, which alienated international audiences because of a swear word that’s considered mild Down Under but doesn’t travel well abroad. Then there’s the twee, ‘There’s nothing like Australia’ campaign of recent years, and the $40m film flop Australia, a tourism ad wrapped up in a melodramatic Baz Luhrmann movie. The recent Crocodile Dundee Super Bowl ad, to be fair, was well received because it presented those clichés with tongue planted firmly in cheek, and tapped into a raft of huge Hollywood names.

Another reason why many Aussies disown the phrase ‘shrimp on the barbie’? Australia suffers from an acute affliction known as ‘cultural cringe’, and Hogan’s shrimp ads aggravate the condition. This inferiority complex stems from Australia’s history as a British convict colony and results in a desperate desire to know what the rest of the world thinks of Australia and its culture. Australians who are burdened by the phenomenon exalt foreign cultures but reject domestic cultural offerings, which are perceived as lacking intellectual substance. So the Australian Tourism Commission using a blond bloke and a beach babe boating and barbecuing to communicate our national identity to the United States? That’s going to make a lot of Aussies cringe every time.