Why Australia Day Isn't A Celebration For All Australians 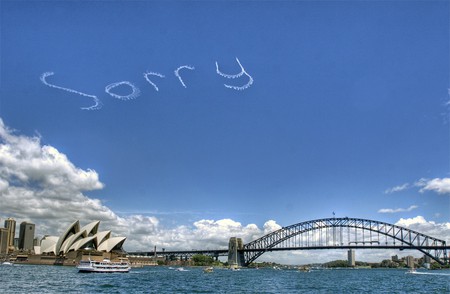 Few other national days attract as much controversy as Australia Day on January 26. This is probably because few countries celebrate their national day on a date that commemorates the arrival of an invading imperial force that proceeded to massacre and dispossess an Indigenous population that had called the land home for 60,000 years. Welcome to the heated debate that flares up at this time every year, as Australians prepare to either celebrate or mourn January 26.

January 26 marks the First Fleet’s landing in Sydney in 1788 and the beginning of Britain’s brutal colonisation of the continent. The date is also known as ‘Invasion Day’ or ‘Survival Day’ by many Indigenous Australians — hence, the calls to move Australia’s national holiday away from a date that represents trauma and suffering for the country’s First Peoples. 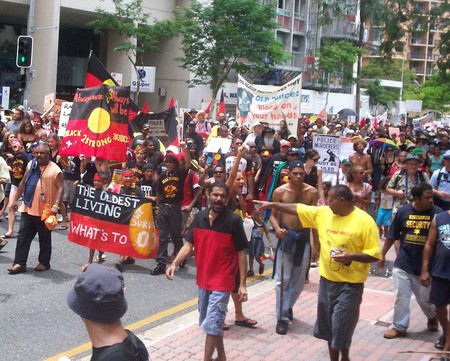 “I’m disappointed by those who want to change the date of Australia Day, seeking to take a day that unites Australia and Australians and turn it into one that would divide us,” Turnbull said. “Australia Day is a day to come together and celebrate what unites us, what inspires us, what gives all of us reason to be proud that we are Australian.”

Deputy Prime Minister Barnaby Joyce — who last year implored critics of Australia Day to ‘crawl under a rock‘ — added his support, too.

“I don’t care wherever you’ve come from, you’ve come to this nation and this nation is now your home,” he said, apparently unaware that Indigenous Australians have been living here for tens of thousands of millennia before European settlement. “We have a day to celebrate it, and it’s called Australia Day. I look forward to celebrating it this year.”

Some Indigenous community leaders have also distanced themselves from calls to change the date, though, pointing out that marginalised Aboriginal communities have bigger issues to worry about.

Even the Australian radio industry has been dragged into the mud-slinging this year with government-funded youth broadcaster Triple J deciding to shift their popular Hottest 100 countdown away from its traditional January 26 slot – before rock rival Triple M attracted some serious vitriol for announcing an all-Australian ‘Ozzest 100’ alternative.

Although the date is unlikely to change any time soon — polling shows strong support for keeping Australia Day on January 26, and the government insists there’s no ‘reasonable argument‘ for any shift — many organisations are deciding that it’s no longer appropriate to celebrate January 26.

Fremantle Council is throwing its second One Day event on Sunday 28 January after 15,000 revellers rocked up to the inaugural ‘culturally inclusive’ music festival last year. Tasmania’s Flinders Island axed festivities with minimum fuss in 2013, while Hobart, Darebin, Monash and Moreland councils have all made moves away from the date. And then there’s Triple J’s Hottest 100 — a beloved staple of Australia Day barbecues since 1998 — moving to Saturday, January 27 this year after 60% of listeners polled requested a change of date.

It all kicks off again in January 2019 when the fiery debate is sure to return for its annual appearance. 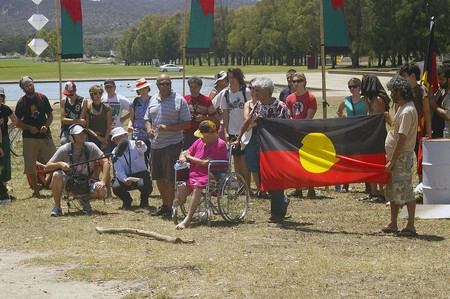 This article was originally written by Monique La Terra and has since been updated.