Where To See Wombats in Australia 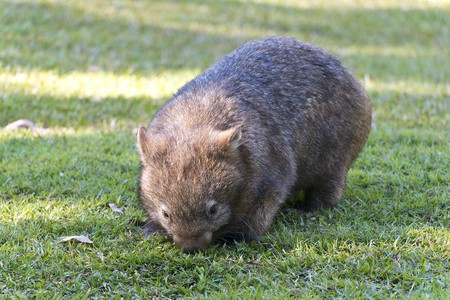 Found primarily in southeastern Australia and Tasmania, the wombat is a nocturnal animal and the world’s largest burrowing herbivorous mammal. The three wombat species found in Australia are the common wombat, and the southern and northern hairy-nosed wombats. Here are the best locations to see wombats, whether that’s at a wildlife park or in the Australian wild.

One of the best places to see wombats in the wild in Victoria is Wilsons Promontory National Park. It’s located about a three-hour drive southeast of Melbourne. There are many campgrounds in the national park, which are fantastic places to spot wombats at dusk. Tidal River is one of the most popular campgrounds, with 484 camping and caravan sites situated close to both the beach and river. Ensure you lock up your belongings before leaving your campsite though, as wombats are known to enter tents here (and coolers) to forage for food. 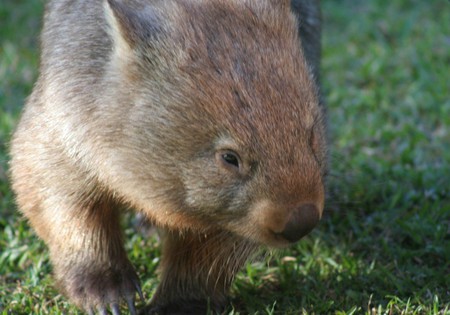 Healesville Sanctuary is a part of Zoos Victoria, which has a vision to be the world’s leading zoo-based conservation organisation. At the sanctuary, you can learn more about wombats at the daily Wombat Keeper Talk. Alternatively, you can pay an extra fee to enter their exhibit to touch, pat and pose with the resident wombats. But the sanctuary warns that you have to wear enclosed shoes to enter, because toes are tasty temptations to wombats! Wombats are unfortunately just one of the native animal species treated annually at Healesville Sanctuary’s Australian Wildlife Health Centre.

Kangaroo Valley in New South Wales is definitely the best place to see wombats in the wild in New South Wales. Located about a 2.5-hour drive from Sydney, the self-proclaimed most beautiful valley in Australia is home to a thriving common wombat population. The best place to see them in the wild in Kangaroo Valley is at Bendeela Camping and Picnic Area. Visitors say the wombats are always roaming around the open space — even during the day. 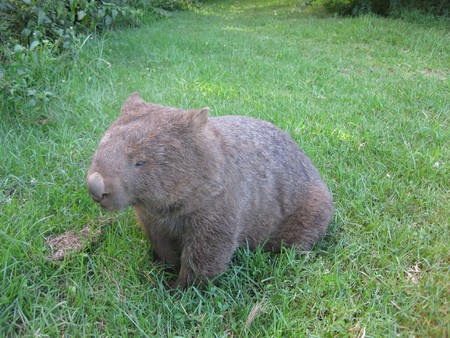 Located along the Great Ocean Road (also known as one of Australia’s most scenic drives), ensure you make time to stop at Tower Hill Wildlife Reserve on your road trip. Visitors can choose to either go on a guided tour, or embark on one of the five self-guided walks, where you can spot wildlife and learn about the region’s Aboriginal heritage along the way. Besides wombats, other wildlife that can be spotted in the area include kangaroos, emus, echidnas, and koalas.

Located in Tasmania’s picturesque Cradle Mountain region, Ronny Creek is a fantastic place to spot wombats in their natural habitat. From the Ronny Creek car park, there are a few different walking trails visitors can head along to see wombats. Take the boardwalk from the car park to Dove Lake, as wombats are regularly spotted getting close to the boardwalk out of curiosity. Visit Parks Tasmania for more information on the different hiking options. 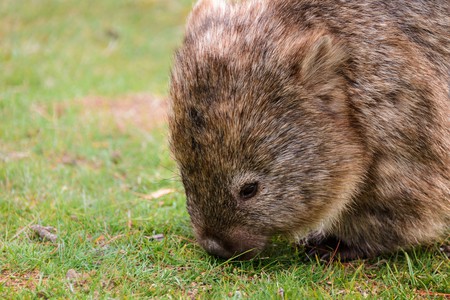 There are several places around Kosciuszko National Park where people can see the common wombat. NSW National Parks recommends the High Plains area, the Khancoban area (the national park’s western gateway), the Tumut area, around Thredbo and Perisher, near Selwyn in the centre of the national park, at one of the campgrounds around Lower Snowy River, and the Yarrangobilly area.

Maria Island has been described as Tasmania’s Noah’s Ark. Many threatened species were released on the island off Tasmania’s east coast in the 1970s. So today, it is home to wombats, Tasmanian devils, kangaroos, wallabies, Cape Barren geese, and several other bird species. Wombats have been seen wandering around the island’s sandy beaches, and grazing near the island’s old penitentiary building (constructed around 1837). They’ve also been known to roam on a summer’s day, and not stick to their usual nocturnal schedule. 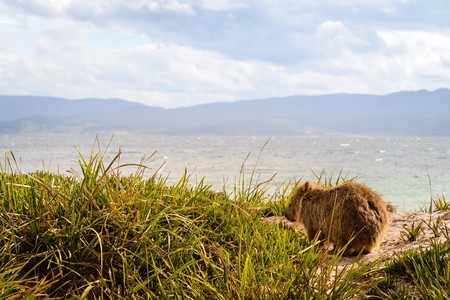