Where To See Koalas in Australia 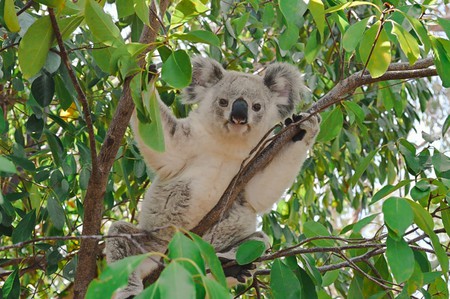 Some would say koalas have a pretty good life, although they’re now classified as a vulnerable species. Found along Australia’s east coast, they spend their lives sitting in eucalyptus trees eating as many leaves as possible, and sleep for up to 20 hours a day. It’s the dream of many visitors (and residents) to see koalas in Australia. Here’s a list of the best places to spot them.

Koalas were introduced to Raymond Island in Victoria in 1953, as part of a conservation initiative. There are now approximately 200 calling the island home. It’s free to be a pedestrian on the quick ferry to Raymond Island from Paynesville, where you might be fortunate to look up and see a sleeping koala as soon as you step off the boat. There’s also a Koala Trail you can follow around Raymond Island, to spot wild koalas in their natural habitat. 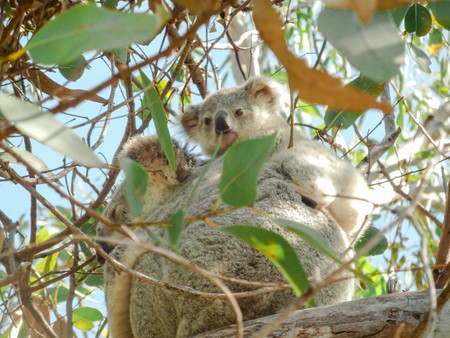 Lone Pine is the world’s first and largest koala sanctuary. It was established in 1927 to care for sick, injured, and orphaned koalas at a time they were being culled for the fur trade. Today, Lone Pine Koala Sanctuary is a popular destination for both national and international visitors. It’s a fun and informative place where people can get up close to a range of native Australian animals. There are daily shows, a koala meet and greet, and even the opportunity to hold a koala. 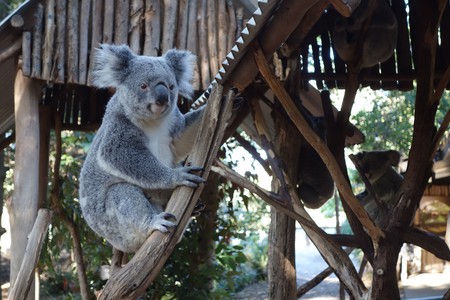 Koalas far outnumber humans on Kangaroo Island. They were introduced in the early 20th-century, and since then their numbers have exploded. The Hanson Bay Wildlife Sanctuary Koala Walk is the best place to see koalas. You can usually see up to 20 koalas in the wild at any time. There are guided and self-guided walk options too. An alternative is Kangaroo Island Wildlife Park. Otherwise, head to Lathami Conservation Park, as this is another popular koala hangout. 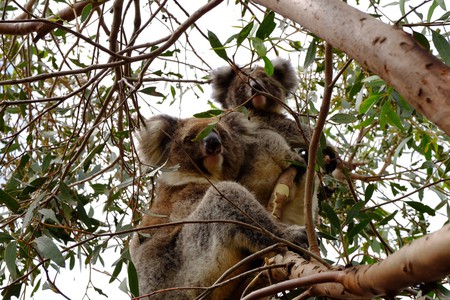 Located in the rainforest near Cairns in tropical North Queensland, Kuranda Koala Gardens is Kuranda’s newest wildlife attraction. Visitors have the opportunity to see a lot of native animals, but the koalas are the main stars. For an additional fee, you can pay to hold a koala here as well. Another koala-spotting option in Kuranda is to visit the koalas at Rainforestation Nature Park. 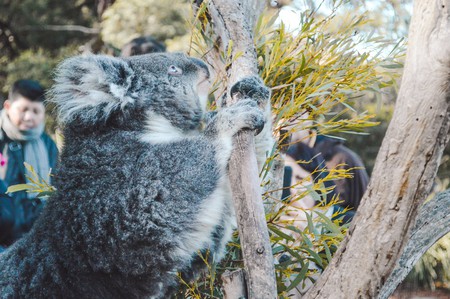 It's time to stretch for this koala | © Hayley Simpson

Koalas sure love islands! Magnetic Island is located off the coast of Townsville in North Queensland. Magnetic Island National Park makes up over half of the island, which is good news for koalas and their natural habitat. The Forts Walk is one of the best places to see koalas in the wild on Magnetic Island, or you could visit Bungalow Bay Koala Village for a guaranteed sighting. But an insider tip: head to Wallaby Way in Horseshoe Bay and look up at the trees, as there are up to 10 koalas calling the trees here home.

For visitors wanting to see a koala near Sydney, check out Koala Park Sanctuary. Its 10 acres on the city’s outskirt is home to rainforest, eucalyptus trees, and native gardens. It was also Australia’s first koala hospital when it opened in 1930. Koala Park Sanctuary hosts several koala presentations throughout the day, so people can learn more about one of Australia’s most cuddly creatures. There’s also a dingo presentation and sheep shearing show. 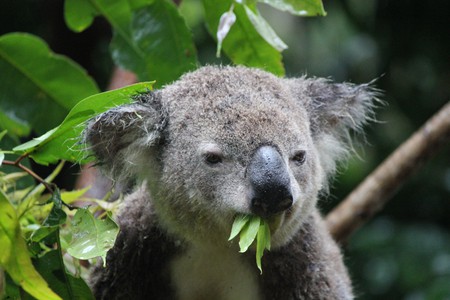 Featherdale Wildlife Park is another option for Sydney visitors wanting to see a koala while on holidays. It’s undeniably one of the best tourist attractions in Greater Western Sydney. The park is committed to its animals and wildlife education programs too. It’s home to the world’s largest collection of Australian native animals, including koalas. For the most memorable experience, visitors can choose to have a continental breakfast alongside a friendly koala and a knowledgeable zookeeper. There’s also the option for a personal koala encounter. 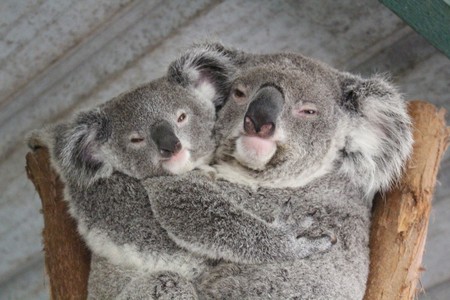 Along the scenic Great Ocean Road, there are several places to stop in search of koalas. One of the most popular stops is Kennett River. Head to the village’s Koala Cove Cafe and you will find a lot of fellow searchers looking up into the trees. Cape Otway National Park is another alternative. Its Bimbi Park offers people the chance to camp under koalas. You can also spot koalas at Tower Hill Wildlife Reserve on the Great Ocean Road. 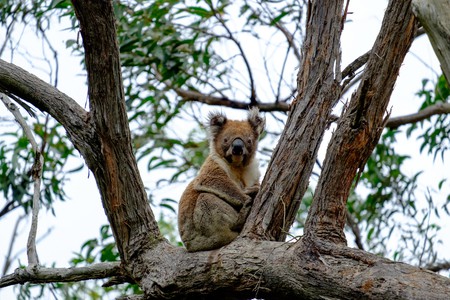 Phillip Island’s Koala Conservation Centre has two elevated treetop boardwalks and several viewing areas through Australian bush, where you can see koalas up close and in their natural habitat. The bushland is also home to wallabies and echidnas. Head to the interpretative centre to learn more about koalas in general, and their history on Phillip Island.