Where To Get The Best Dumplings in Sydney

Courtesy of Tim Ho Wan
With Asia on its doorstep, it comes as no surprise that Sydney boasts some of the best dumpling dinners going. From budget to high-end here’s the best dim sum to suit every budget.

Restaurant, Asian, Chinese, Vegetarian, $$$
Founded in Hong Kong in 2009, this multi award-winning dim sum (dumpling) restaurant is allegedly the cheapest Michelin-starred restaurant in the world. With nearly 50 locations across Asia, Australia and the US, this institution boasts three locations in Sydney (Chatswood, George Street and Pitt Street). For some of the best dumplings in town make way to the George Street branch in Sydney’s Central Business District (CBD). With each and every dumpling handmade and cooked to order, using only the freshest possible ingredients, just one bite is all it takes to understand the hype about Tim Ho Wan.

Restaurant, Chinese, Asian, Vegetarian
Chinese Noodle Restaurant, located in the heart of Chinatown, Haymarket, just moments from Sydney’s Central Station is the epitome of budget dining banquet style. This authentic eating experience is fast, loose, loud and positively delicious. All dishes are made to order and food flies out as it comes. Affectionately remembered by locals as ‘the place with the grapes on the ceiling’, this Chinese dumpling institution in Sydney is the one-stop shop for authentic dumplings. Don’t expect to book in advance, do expect a queue on arrival. BYO. Cash and credit cards accepted.

Restaurant
Similar in style – even down to the grape-clad ceiling and fast and furious service – situated less than 10-metres from Chinese Noodle Restaurant is Chinese Noodle House. This spot (which can be confused for its neighbour) similarly reigns supreme on the Sydney dumpling scene. Budget-style dining is at its best here as patrons eagerly wait for a free table; groups sip on a pot of complimentary tea; couples chat over cups of wine as they delve into dozens of handmade dumplings. Same system goes: don’t expect to book in advance, do expect a queue on arrival. BYO. Cash only.

Ride West to the suburb of Burwood for some of the best dumplings in Sydney. The menu which offers over 30 types of dim sum will suit every type of dumpling devotee, with five options alone for veggies. Steamed or pan-fried, these handmade dumplings will definitely not disappoint. For those seeking full satisfaction go for the 20-strong assorted dumpling plate that covers most styles on the menu, perfect for the indecisive folk or group gatherings. BYO.

Set in the super trendy suburb of Newtown, West of the CBD is Little Momo, a simple and straight-to-the-point sort of eatery that bashes out batches of freshly cooked, hand-made dumplings by the dozen. A favourite to the districts undeniably on-trend residents, this joint also draws patrons across Sydney for its stellar service and marvellous momo (meaning dumpling). Be creative with a fusion of flavours and fillings in this Asian eatery. Don’t forget to try the sweet momo après-dinner; dessert dumplings are on a whole other level. BYO. 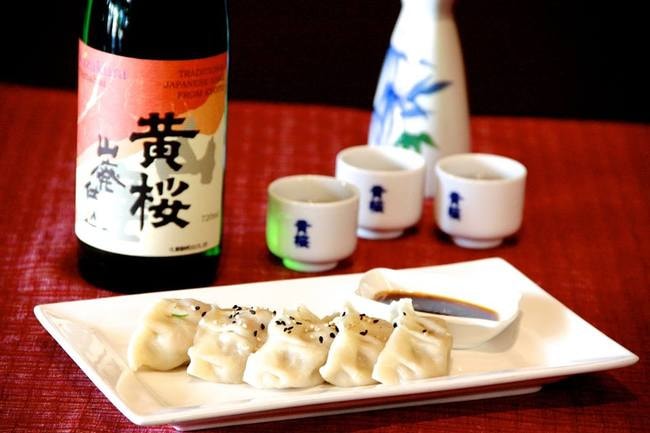 Diner, Restaurant, Asian, Chinese, Vegan, $$$
Set in West Ryde, just outside the city of Sydney is Tian Ci Vegetarian Restaurant, a straight-shooting dumpling diner that boasts bang for its buck, as well as some of the best dim sum in Sydney. As like most of its comrades in this list, Tian Ci is simple and understated, letting the food do the talking. Known for its quality staff and super fast service, this restaurant will entice veggie-lovers with their meat-free menu; although devoted meat-lovers do not fear, this dim sum is bound to impress.

Although chain restaurants normally conjure notions of fast food and mediocre meals, Din Tai Fung breaks the mould. Originating in Taiwan, Din Tai Fun was founded by Yang Bingy in 1958; today, the steamed dumpling (xiaolongbao) specialists can be found across the globe with branches in Australia, Japan, Singapore, Thailand and the US, to name a few.

Din Tai Fung’s flagship restaurants in Hong Kong have received a string of Michelin stars over the years as well as being listed as one of the world’s top ten best restaurants in 1993. With ten restaurants in Sydney, Din Tai Fung is never far; saying that, the premier location in World Square is considered a strong contender in the running for best dumplings in town.

Restaurant, Chinese, Asian, Vegetarian, $$$
China Lane | Courtesy of China Lane
This modern-Asian restaurant lends to the finer side of dumpling dining. Set down a laneway in Sydney’s CBD, China Lane boasts a decadent interior with a dinner menu to die for. Banquet menus, tasty cocktails, killer dumplings and a cosmopolitan vibe is what this joint is known for, so if you’re seeking a more upmarket approach to dim sum this is the way to go.

Mr. Wong is one of Sydney’s most popular hangouts when it comes to dumpling dinners. With this mega-restaurant, seating (often to capacity) 240 guests on any given night, it is no surprise that this CBD eatery boasts some of the best dim sum in the district. Hosting an impressive list of awards, such as 2014 Sydney Morning Herald Good Food Guide Awards, Two Hats & Best New Restaurant and 2014 Australian Gourmet Traveller Restaurant Guide Awards, New Restaurant of the Year, this Chinese restaurant is the ideal place to gather friends and family in celebration…of dumplings, that is.