Where To Find The Best Beer in the Hunter Valley, Australia 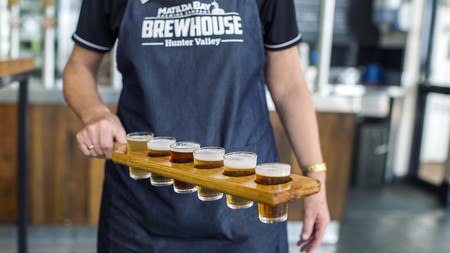 Beer in the Hunter Valley? Well sure! Just two hours from the city, and dubbed simply “the Hunter” by locals, this region is to Sydney what Napa is to California: a wide open wine country. Beer connoisseurs should not be daunted, however – they’ll find lots to love here, too.

Green vistas hosting mobs of posing kangaroos and farm-to-table restaurants and vineyards are par for the course in the Hunter Valley, but if you know where to look, you may just discover some of the finest craft beers among the vines.

Cheers to Pokolbin at The Matilda Bay Brewery 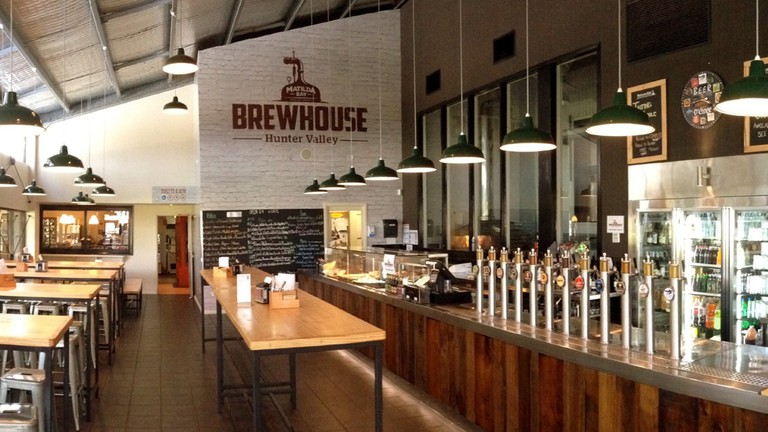 Courtesy of Matilda Bay Brewhouse at the Hunter Valley Resort

The Matilda Bay Brewery in Pokolbin is the oldest in the area and part of the larger Hunter Valley Resort, with a central location that makes it a great place to start or end a tour. With 12 beers to choose from, you’ll want to order a tasting paddle. The brewmaster’s notes are included with your selections, so you can keep track of what you enjoy in the likely event you want to purchase some to take with you. Live music and straightforward food keep guests lingering in this welcoming hangout, so there isn’t any need to rush. Don’t leave without trying the spicy-sweet Rusty Yak Ginger Beer. 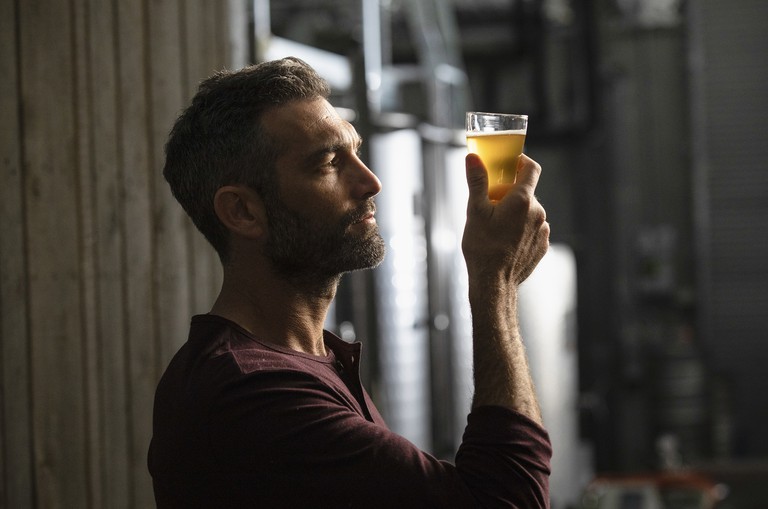 As renowned for their ciders as they are for their beers, the boutique Ironbark Hill Brewhouse also calls Pokolbin home. Stroll around and take in views of the stunning grounds that the brewhouse shares with Peter Drayton wines, or grab a sunny spot on the huge front patio while keeping an eye out for kookaburras and foxes, especially as dusk falls. There are typically 11 beers on tap here, from a deliciously light pilsner to a Rough As Nuts porter and everything in between. Order from a menu of pizza and burgers as you decide which of the suds is your favourite. Find something tasty? Bring a growler, or purchase one there to takeaway.

Tasting, touring and taking time out at Nulkaba 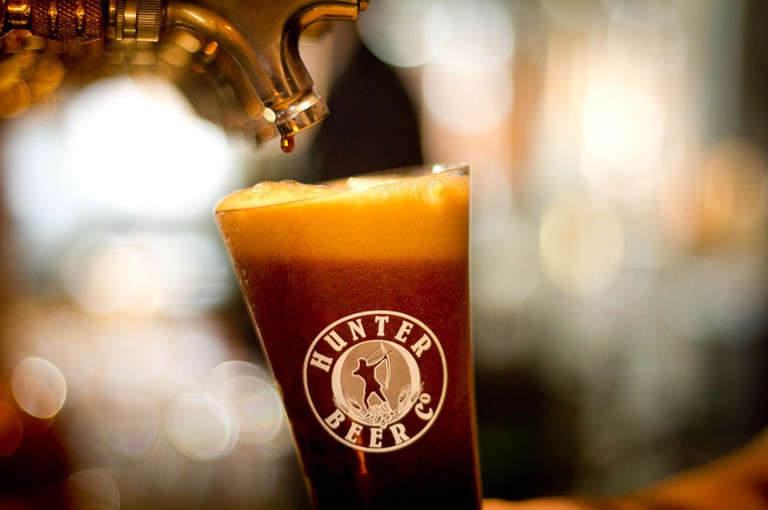 Just a quick 15-minute drive from the centre of the Hunter, Nulkaba offers thirsty travellers refreshment from the Hunter Beer Co. This little gem has several awards in its trophy case for specialities that include its Hunter Bock Dark Lager and lusty rich Chocolate Porter. The team aren’t afraid to take a crack at some extreme flavours here: seasonal offerings have included a Smoked Oyster Stout and a Piña Colada IPA. You can order some delicious bites from the upscale brassiere or opt for the casual takeaway to make yourself at home in the beer garden. Comprehensive guided tours are available and include several tastings. 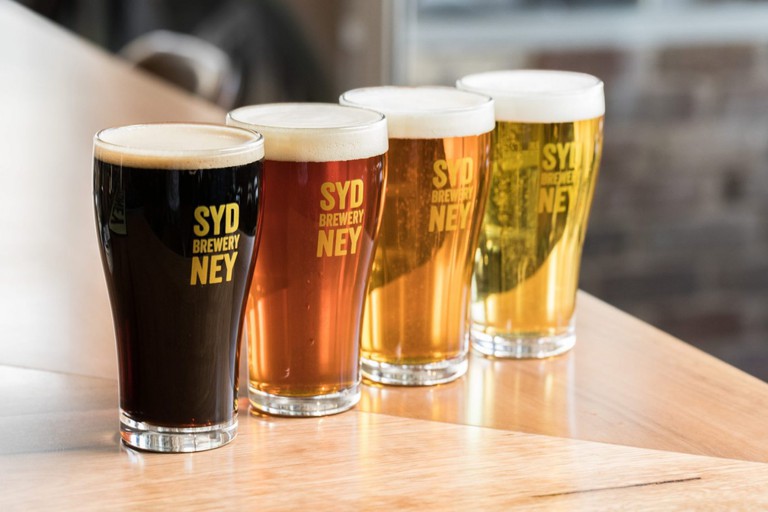 Holding pride of place in the Sydney Brewery is the Lovedale Lager. Three types of hops are used ­for this beer, resulting in an easy-drinking pleaser. These people take their beer seriously and use only local Hunter Valley water in the brewing process. This is the sister brewery to the original Sydney Brewery located closer to the city, thus beers are named after Sydney’s suburbs; Darlo Dark (Darlington), Paddo Pale Ale (Paddington) and the Surry Hills Pils. Lovedale isn’t far from the central Hunter and can be reached in about 15 minutes by car.

Holding out for hope at Hope Taphouse 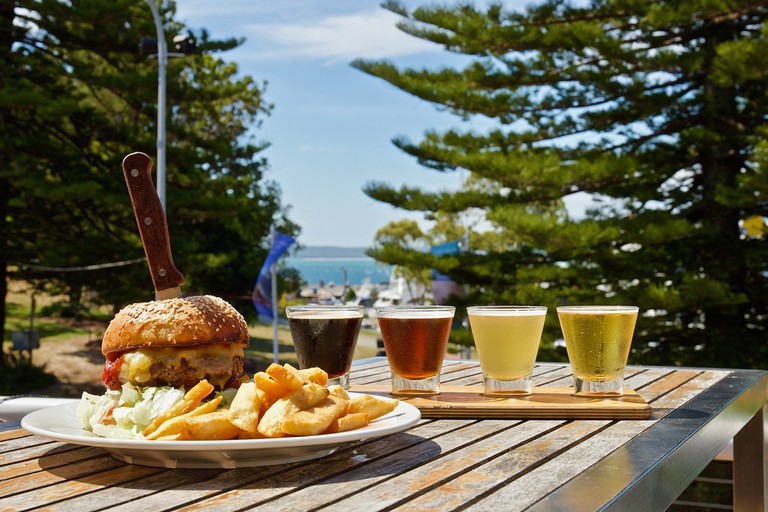 Hope Brewhouse craft brewery was crowned 2016’s Champion Small Brewery, yet seems an unlikely candidate for such an honour. Originally it catered mid-strength pours to concert crowds, as the Hope Estate on which it is located boasts the largest outdoor stage in the Southern Hemisphere. Many consider this to be one of Australia’s most scenic breweries at which to enjoy a cold sip and a sit-down with friends. Demand grew at the brewhouse, and offerings became more sophisticated, with a large range now on rotation year-round, including crowd-pleasing lagers and IPAs, a gluten-free pilsner and a chilli and lime pale ale.