Where To Find the Best Bargains in Brunswick 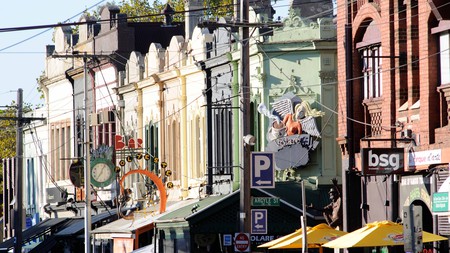 If any word encapsulates the inner-Melbourne suburb of Brunswick, it’s ‘eclectic’. When asked what makes her brilliant, bohemian, offbeat neighbourhood unique, Sonja Loader-Jurac, from the Sydney Road Brunswick Association, is clear. 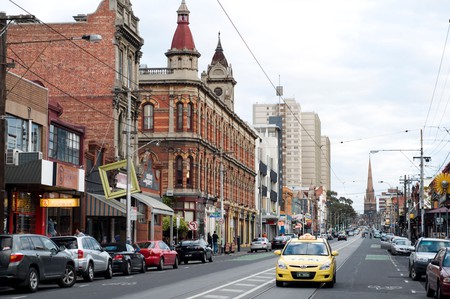 “The mix of people, cultures and shops,” insists Loader-Jurac, a Brunswick local who represents the area’s colourful collection of retailers. “You have young and old – you’ll find nonna with her shopping trolley alongside students heading to one of the many beer gardens or live-music venues.”

“It’s quite a progressive and inclusive neighbourhood. There are lots of vegan options available. Brunswick Baths holds inclusive gym and swim nights for LGBTQ people and allies. Walking down the street, you’ll hear Italian, Greek, Mandarin, Arabic and Nepali. Everyone is welcomed here.”

That sense of community is what makes Sydney Road one of the city’s most iconic shopping strips, and a haven for independent boutiques.

“There’s a strong community vibe in Brunswick where the locals form very loyal bonds with the traders; it’s the kind of place where baristas know your coffee order off by heart,” Loader-Jurac continues. “Because there are so many independent artists and creatives in this area, they understand and want to support the smaller independent businesses.”

The other big plus? The price tag. Shoppers flock to Sydney Road to sniff out a bargain, including these 10 budget-friendly Brunswick businesses. 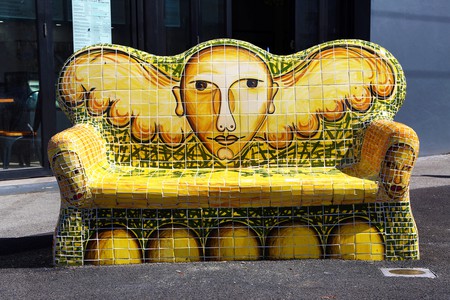 Just a block from Jewell railway station, Green Refectory hums with a steady stream of caffeine-seeking commuters taking advantage of the great-value coffee from South Melbourne roaster St Ali – a refreshingly affordable 3.30 Australian dollars (£1.70). A Sydney Road staple since 2004, this buzzing brunch spot has moved with the times, baking a delicious assortment of cakes, biscuits and pastries with loads of vegan and gluten-free choices. “There are heaps of options in its food cabinet as well as super-cheap breakfast and lunch options,” Loader-Jurac says. “Its cake range is also amazing – try its vegan cheesecake or Persian Love Cake.”

The Savers chain boasts more than 300 thrift stores across Australia, the United States and Canada, but Brunswick feels like its spiritual home, where the residents are clad head-to-toe in pre-loved clothing for both flair and finance. Ringed by some of Sydney Road’s top nightspots, Savers’ mammoth Brunswick location is brimming with bargains on its seemingly never-ending racks. “This is a huge store,” Loader-Jurac explains. “Excellent prices – it often has sales. It also includes a giant costume section. You could spend hours rummaging through all the stock, which includes clothes, furniture, books and collectables.” 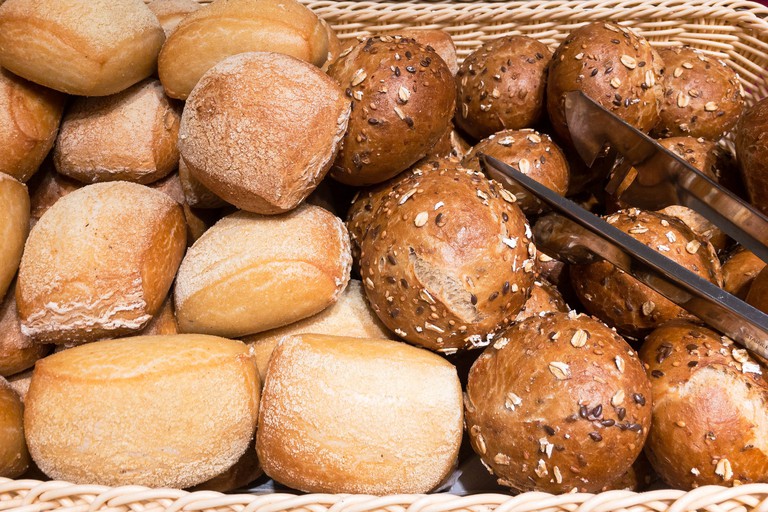 This Middle Eastern grocer and bakery is a microcosm of Brunswick’s famous multiculturalism, where hipsters and hijabis indulge in halal treats together. A family business run by a pair of brothers-in-law and their wives, A1 Bakery has been plating up authentic Lebanese bread to the stretch of Sydney Road near Anstey station since 1992. Whether they call them Lebanese pizzas or their proper name, zaatar, customers can’t get enough of the spice-topped flatbread, in particular. “It’s very popular with all Melburnians because it’s cheap and it’s tasty,” Loader-Jurac says. “It also stocks Middle Eastern groceries. Try the spinach pies for 3.50 dollars (£1.80), zaatar from 1.50 dollars (£0.80) and coffee.”

Sitting on the corner of Sydney Road and Victoria Street is one of those two-dollar stores that’s got everything you need under one roof. The bright orange awning boasts about homewares, games, toys, kitchenware, arts, crafts, hardware, cleaning kits, electronics, clothes, health products, garden gear – and that’s just a start. “It’s a variety store full of anything you could imagine,” Loader-Jurac says. “You will go in only wanting to buy one thing and come out with your hands full.”

The Edinburgh Castle isn’t fancy – and that’s exactly what residents love about it. An institution on the corner of Sydney Road and Albion Street since way back in 1854, the Ed is a cherished community pub that’s always got a deal going. There’s roo (yes, kangaroo) and wine for 14.99 dollars (£7.80) on Mondays, burgers for 12 dollars (£6.30) on Tuesdays, pies for 12 dollars (£6.30) on Wednesdays, a pot and a parma for 15 dollars (£7.85) on Thursdays plus a 15-dollar (£7.85) lunch menu Monday to Friday. “Great beer garden, live music, trivia nights, pub food staples and an extensive craft beer list,” Loader-Jurac says. “Table tennis out the back, and it’s also dog-friendly.”

Sam Gangemi has been bringing market-fresh fruit and vegetables to Brunswick since 1983, and his son (and co-owner) Nick now joins him behind the till. Gangemi relocated inside the Barkly Square shopping centre in 2012, but that hasn’t changed the quality or value of the produce. It’s only expanded the range of organic and gluten-free products that are so popular with the Brunswick crowd. “Gangemi has been serving the Brunswick community for over 30 years with fresh fruit and vegetables, as well as 100 percent freshly squeezed Australian orange juice every day,” Loader-Jurac explains.

Catch a gig minus the cost of a ticket at Bar Oussou, a homely venue that curates a crowded calendar of live performances. Found next door to A1 Bakery at the northern end of Sydney Road, Bar Oussou’s French-Senegalese roots shine through on the menu – particularly at the weekly Sunday evening Senegalese feast. “If you are going out and looking for something different with international flavour, Bar Oussou holds spoken word, world music, jazz, reggae and performance art,” says Loader-Jurac. She also recommends the cocktails during happy hour (from 5pm to 9pm Monday to Thursday and 5pm to 8pm Friday and Saturday). “Try the bissap, which contains hibiscus tea with lime juice, home-made liqueur and rose petals.”

Pick up a souvenir with a story at Artocracy, a shared retail space run by local creatives at the southern end of Sydney Road. The shelves of this chic boutique are brimming with artisanal ceramics, clothes, jewellery, body products and art – and because they’re sold direct from the producer, prices are always affordable. “Everything in the store is made in Melbourne,” Loader-Jurac tells Culture Trip. “Each time you visit, you will meet at least one of the makers, and you’ll have the opportunity to learn about the products from the makers themselves.”

Staring across Sydney Road at Savers, Scavengers is another second-hand store that helps dress Brunswick on a budget. Much like the suburb itself, Scavengers is a mishmash of influences spanning everything from 1950s-inspired dresses to ’70s-style flares and ’90s-era streetwear. It’s open seven days a week with new stock replenishing the racks weekly. “Comfortable atmosphere with friendly staff,” Loader-Jurac says. “It sells quality second-hand clothing, records, books and bargains.”

‘Wine bar’ and ‘bargain’ are two phrases that rarely occupy the same sentence, but this Sydney Road venue puts on a cellar-door experience for less. The name – a delicious wine pun on the bad guy from Back to the Future – hints at Biff Tannin’s imaginative attitude, which extends to the swipe-card-operated self-serve wine machines, the casual pub-style fit-out and the cut-price deals on the menu. “It has four-dollar (£2.10) pizza specials when you buy a drink (5pm until late), plus 12-dollar (£6.30) cocktails from 5pm to 7pm on Fridays,” Loader-Jurac says. It also has an impressive whisky selection.