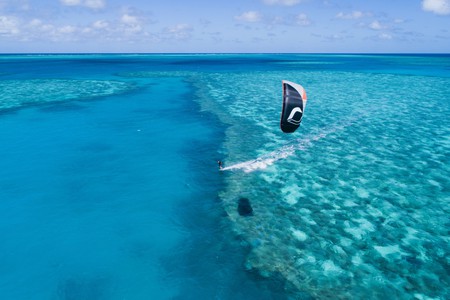 Despite being more famous for it scuba diving than surfing, the Great Barrier Reef provided the perfect backdrop for Australian champion kitesurfer Ben Wilson, as he realised a dream by taking to its waves.

Surfing spectacular breaks is one thing, but when presented with the opportunity to kitesurf across one of the planet’s most beautiful natural wonders, Wilson decided to document the incredible opportunity.

Australia’s Great Barrier Reef, the largest of its kind, is longer than the Great Wall of China. Made up of over 3000 different individual reef systems, it is the only living thing that can be seen from space. Wilson’s short film takes him to incredible breaks known only to locals, as he and photographers Stu Gibson and Tom Rawlins headed off the coast of Gladstone, Queensland in search of the most beautiful waves around.

“The feeling of kitesurfing the Southern Great Barrier Reef for the first time was just incredible,” he said. “It’s everything you imagine it to be – blue water, schools of fish, nobody around and all lined with colourful coral. It took me about fifteen trips over two years, and dozens of conversations with locals, to plan this kitesurf mission. The preparation that went into it was intense, with safety a major concern.”

Wilson, a Sunshine Coast local, grew up taking fishing trips around the Southern Great Barrier Reef hearing stories about secret wave breaks that other locals would talk about, while guarding details of their exact locations.

“I feel very blessed having been able to kitesurf the Great Barrier Reef.” Wilson explains, “It is amazing to think that this is in our backyard. You sometimes forget just how beautiful Queensland is. You are so focused on the next overseas trips that you overlook the incredible places right on your doorstep.”

For Wilson, Queensland holds a huge amount of potential when it comes to reef breaks, although much depends on timing and getting the tides, winds a swell all to come together at the right time. That hasn’t, however, stopped him planning his next video there. According to Wilson, “This is just the beginning.” 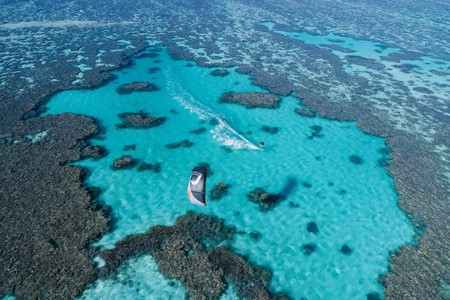 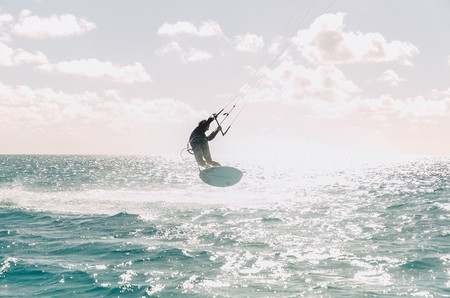 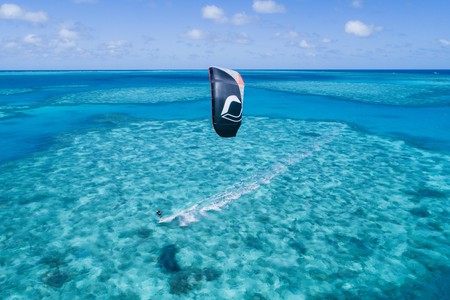 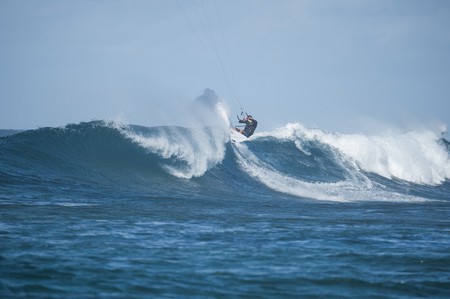 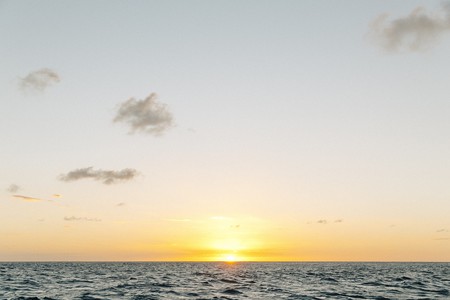 © Ben Wilson
Give us feedback