The Best Breweries In Melbourne

Courtesy of Temple Brewing 2016
Melbournians are spoiled for choice when it comes to craft beer, local breweries and brewpubs that are open to the public. We are in the golden age of craft beer with new breweries opening on a regular basis, specialty beer shops popping up all over this great city and an influx of the availability of international craft beers from the US, Canada, New Zealand and Europe. Beer has been elevated to the level of wine as a reasonable culinary option for food pairings or tastings, and the flavour profiles are complex and challenging. Welcome to our brave new world, one where culinary norms will be challenged, watery mass produced brews will be pushed to the sidelines and cicerones, and the idea of finding competitive employment in beer is now a reality. Here are some Melbourne breweries that are doing it well.

Nestled in a warehouse in Richmond’s east, you’ll find Mountain Goat, a hopping brewery that happens to make excellent beer. From humble beginnings, this microbrewery produces handcrafted Australian ales of the utmost quality. They have their regular lineup that is available at the brewery on tap or throughout Australia in bottle shops and pubs, but what makes their beer really special is their Rare Breed line. They continually push the envelope by trying single run, limited release beers that range from IPAs to Rum Porters and everything in between. By doing this, they are always evolving and pushing the boundaries of what drinkers can come to expect from Mountain Goat. The brewery itself is a fun place to grab a wood fired pizza and try their latest creations. It is an open concept brewpub, with the brewery in sight, that is opened to the public on Wednesday and Friday nights. Go here, drink their beer and enjoy. 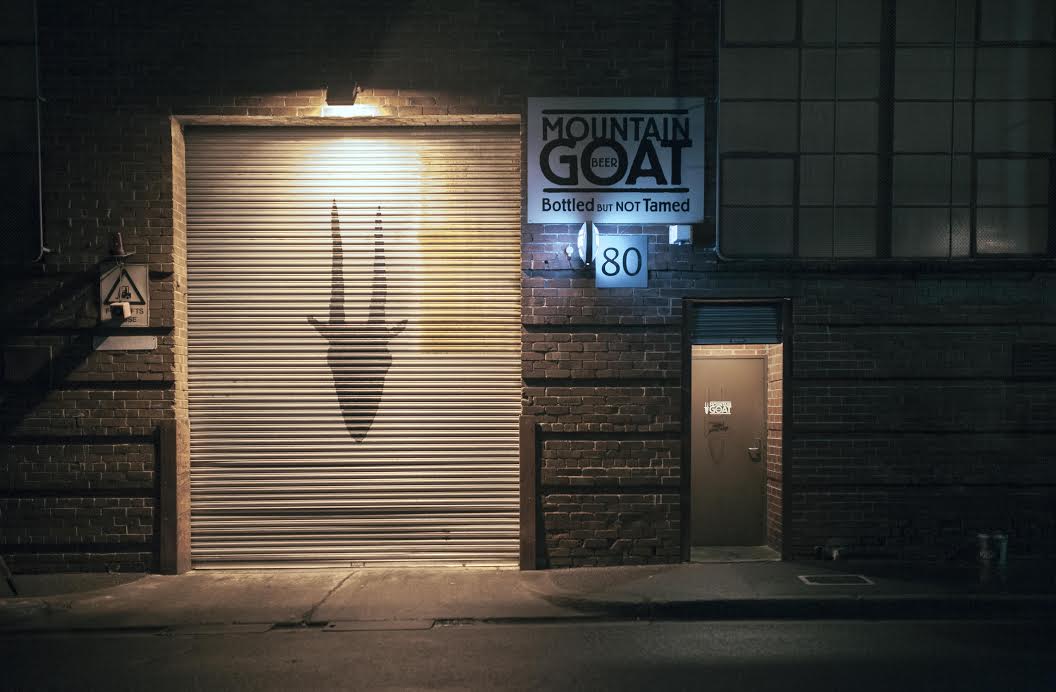 Brewery
Moon Dog Brewery & Bar is in an unlikely part of town, surrounded by industrial shops and brothels; this brewery continually pushes the envelope with their adventurous brews and challenging flavour profiles. The brewery itself is a functioning bar where patrons can sample the most recent drop while feasting on free popcorn in the unassuming space. Out front, they have a pizza trailer selling freshly made thin crusts to order, the perfect pairing to the range of beer inside. The barrels are visible from the bar, which is made of up mismatched furniture and foosball tables. This bar and brewery are out of the way, but definitely worth the trek. Their beers are unique and delicious; the fresh pizza is satisfying, and the free popcorn just makes you want to drink more beer, so it truly is a win-win situation for all.
More Info
Open In Google Maps
17 Duke Street, Abbotsford, Victoria, 3067, Australia
+61394282307
View menu
Visit website
Visit Facebook page
Send an Email
Give us feedback

On the opposite side of the city is Two Birds Brewing, a little brewery that is growing in popularity due to their widely available taco beer. This is Australia’s first female-owned brewery, and these two birds really know what they are doing. Their philosophy on beer is to ‘make what they enjoy with flavour and interest, the type of beer that suits good times and can match whatever’s on your plate.‘Their tasting room, located at their brewery, is an inviting space suited well for gatherings, where you can try stimulating quaffable beer matched with well thought out food options. The food makes you want to drink more beer, and the beer makes you want to eat more food: it’s a deliciously vicious cycle. They have takeaway options in pre-bottled six packs, or you can opt for the more ambitious growlers. Two Birds is Melbourne’s best west brewery and is always guaranteed to show you a good time. 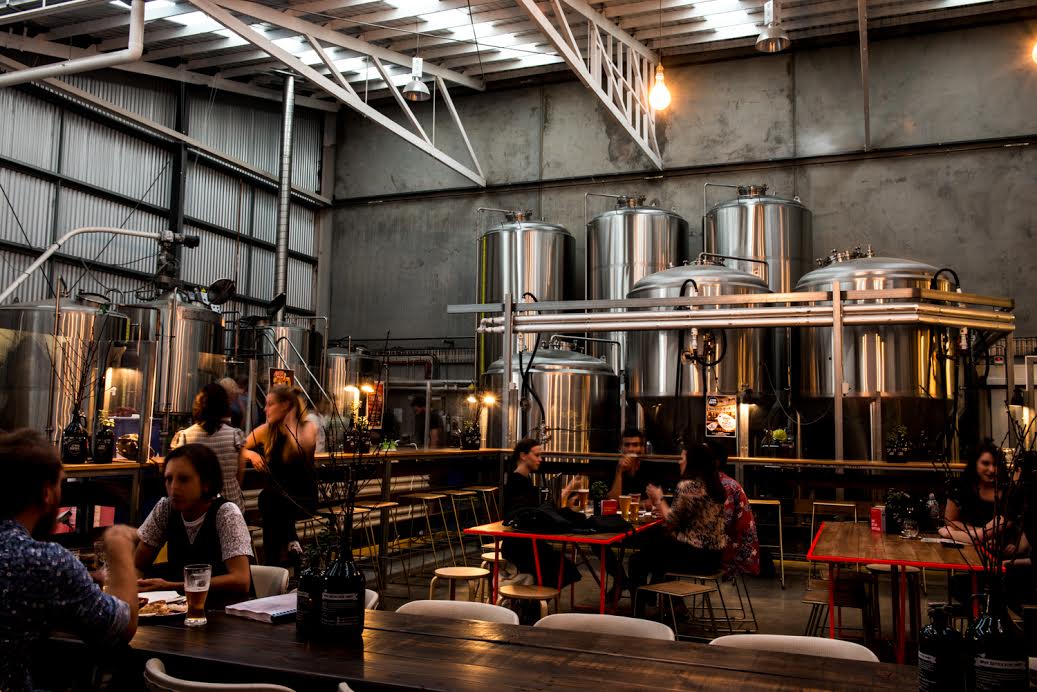 Located on Barkly Street in Brunswick, Thunder Road Brewing is most famous for their Brunswick Bitter that gets its namesake from the brewery’s location and home. As two-time AIBA Champion Medium Brewery of the Year, Thunder Road are focused on making great craft beer that works well with great food. Their philosophy, ‘beers without borders’, represents their continual evolution of new flavours in their beer while maintaining their high standards. In addition to brewing quality beer, they also house a library of historical brewing books and artefacts in their haunted Brewers Cottage. Thunder Road prides themselves on their history, their approach to beer making and their product.

Brewery
Temple Brewing Company, Brunswick East | Courtesy of Temple Brewery 2016
Temple Brewery in Brunswick uses traditional techniques with the best ingredients available in state-of-the-art equipment. They use advanced technology to monitor every step of the brewing process in an energy efficient system that is a marvel to see. Temple has two beers regularly available, their Bicycle Beer and Anytime IPA, but brew regular releases based on season and product availability. Their bar and restaurant, located at the brewery, have a good food menu that features their Midnight Burger with its charcoal bun. The bar itself has great views of the brewery and the tanks. The beer is cold; the food is good, and the brewery is a great place to kick back with a few mates to throw a couple of cold ones down.
More Info
Open In Google Maps
122 Weston Street, Brunswick East, Victoria, 3057, Australia
+61393808999
View menu
Visit website
Visit Facebook page
Send an Email
Give us feedback

Bar, Restaurant, Australian, $$$
Although located in Torquay, and brewed in Blackman’s Brewery, True South beers are European in style and approachable to most. Their brewery uses Canadian-made copper and stainless steel equipment to brew their range of beer on-site. In addition to their beer selections, Blackman’s Brewery also has a tapas sharing-style restaurant. Being at the gateway to the Great Ocean Road, Blackman’s Brewery is a good stopping point to fuel up on food and beer before hitting the coast.
More Info
Open In Google Maps
26 Bell Street, Torquay, Victoria, 3228, Australia
+61352615310
View menu
Visit website
Visit Facebook page
Send an Email
Give us feedback

As one of the craft beer houses still trying to find their limits, 2 Brothers are brewing beer with a range of unpredictable flavour profiles. The main players in the craft beer scene are no longer pushing the boundaries and have become too mainstream, no longer regarded as craft beer. To find true ‘craft’ beer, it is essential to look at smaller breweries that generally sell on-site and offer brewery-only options for patrons, and this is what 2 Brothers is doing well. They obviously have their regular stock list but also make annual specialty beer for the Great Australian Beer Spectacular Festival. This act of continual creativity keeps their beer fresh and exciting. They have a beer hall on-site, so make the trip and try the beer.

In the heart of Melbourne, The Crafty Squire Brewhouse, formally known as the Portland Hotel, is the only microbrewery in the CBD. Their main brewery is located in New South Wales, but James Squire has brewhouses all over the country. The Crafty Squire is an active microbrewery that produces seasonal ales in addition to James Squire’s standard range. In-house patrons can sample all offerings on tap with tasting paddles and other new beers to try on a regular basis. The Crafty Squire is open daily and has an impressive food menu to accompany the in-house beer selection. They often have live music, sports on the TVs and offer brewery tours. Their range of beer is impressive and tastes fantastic out of the tap.

The Carlton Brewhouse is definitely not a craft beer brewery, nor do they make anything of real interest, but they do sell a boatload of beer and are one of the most popular beer options for the general public in Victoria. Their beer is not offensive, nor is it challenging, but it will get you drunk. This is the type of beer that goes well with Saturday night footy at the G. This is the type of beer that you buy by the slab to shell out at large parties. This is not anything fancy by any means, but when served cold, it does serve a purpose. The Carlton Brewhouse is arguably one of Australia’s most successful breweries, and they do daily tours. Located in Collingwood, this massive factory shells out beer in bulk, and Australians continue to buy it. If you’re in the area, it is worth taking in the tour.