Unmissable Sights and Experiences in Sydney 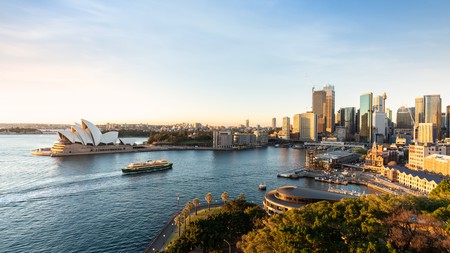 Sydney is Australia’s largest and most populous city, and it’s filled with some unmissable sights and experiences. With a famous skyline, a bustling metropolis, unique architecture and sun-soaked beaches – Sydney has it all.

There’s a reason why Sydney is one of the most liveable and most visited cities in the world. Sitting on the coast, it is undeniably beautiful, with a picture-postcard harbour serving as a backdrop experience to some of the city’s most popular landmarks, such as the Sydney Harbour Bridge, Sydney Opera House, pristine beaches, breathtaking views and incredible cultural heritage.

Get a backstage pass to the Sydney Opera House

The Sydney Opera House is one of the most unique architectural landmarks on the planet and has played host to some of the most famous people in the world, including Pope John Paul II, Nelson Mandela and Oprah Winfrey. And while it’s easy to admire the UNESCO World Heritage-listed building from the outside, backstage tours give an all-access pass to explore what’s happening beneath the sails. Discover the rehearsal spaces otherwise not open to the public, take a peek inside the orchestra pit, and enjoy talks on what it takes to pull performances together. 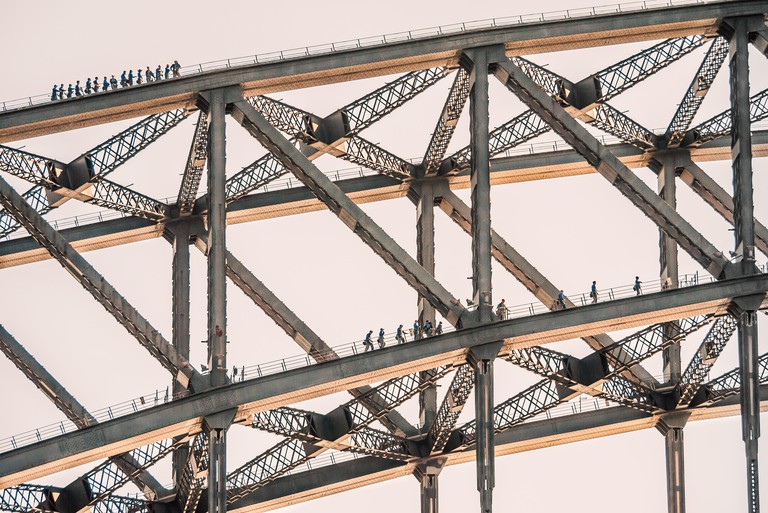 Locally known as the ‘Coat Hanger’, the Sydney Harbour Bridge is among the largest steel arch bridges in the world | © CBCK-Christine / Alamy Stock Photo

Affectionately nicknamed the ‘Coat Hanger’ by residents, the Sydney Harbour Bridge is among the largest steel arch bridges in the world. You can admire it in a few ways. You can take a ferry across the harbour to appreciate its architectural intricacies from below or walk across it and stop at the Pylon Lookout for uninterrupted views of the harbour and to learn about the bridge’s history and construction. However, the most unforgettable experience would have to be climbing to the summit of the bridge, with a guide, harness and access to 360-degree panoramic views of the city.

Take in the views from the Sydney Tower Eye

Shopping Mall, Architectural Landmark, Building
Facebook
Email
Twitter
Pinterest
Copy link
Share
Map View
As the tallest structure in Sydney, the Sydney Tower has stood out in the city’s famous skyline since its completion in 1981. At one of the highest points in the tower is an indoor observation deck, Sydney Tower Eye, that provides unrivalled views of not only the central business district (CBD) but also the outskirts, including the Blue Mountains, which are approximately 80 kilometres (49.7 miles) away. There is also the SkyWalk, an outdoor observation deck that features two glass-floor viewing platforms.
Open In Google Maps
108 Market Street, Sydney, New South Wales, 2000, Australia
Visit Website
Give us feedback
Book Now

Hop on a ferry ride to Manly 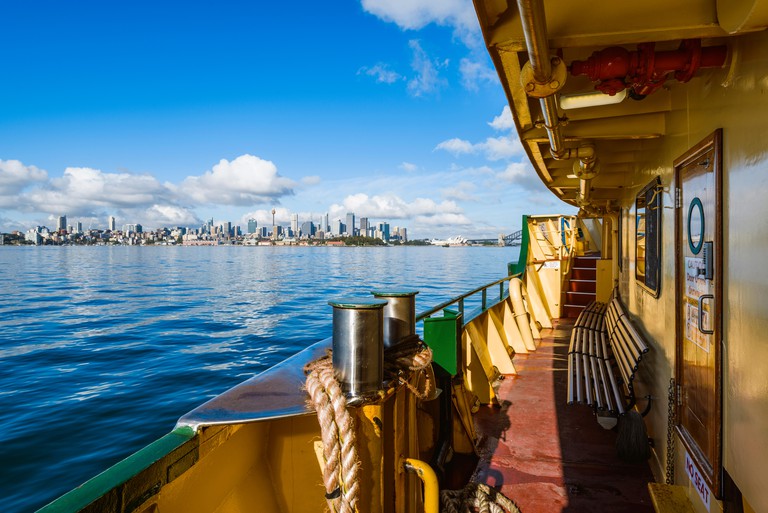 Hopping on one of the city’s famous green-and-yellow ferries is the best way to admire the harbour in all its glory. Take a ride to the popular northern beachside suburb of Manly where there are plenty of waterfront bars, restaurants and shops to explore, plus a pretty stretch of sand. For keen walkers, the 10km (6.2mi) Spit Bridge to Manly Walk can be started in reserve from Manly Beach and is a great way to take in the rugged coastline.

Learn to surf at Bondi

One of the quintessential ways to spend a day in Sydney is to go to the beach and surf, so why not take that opportunity to be able to do both while visiting Australia’s most famous strip of sand, Bondi Beach? Surf lessons are the way to go for first-timers so they can learn how to look for a break, ride the waves, stand up on the board and, most importantly, avoid and get out of a rip.

Enjoy the Bondi to Coogee Walk 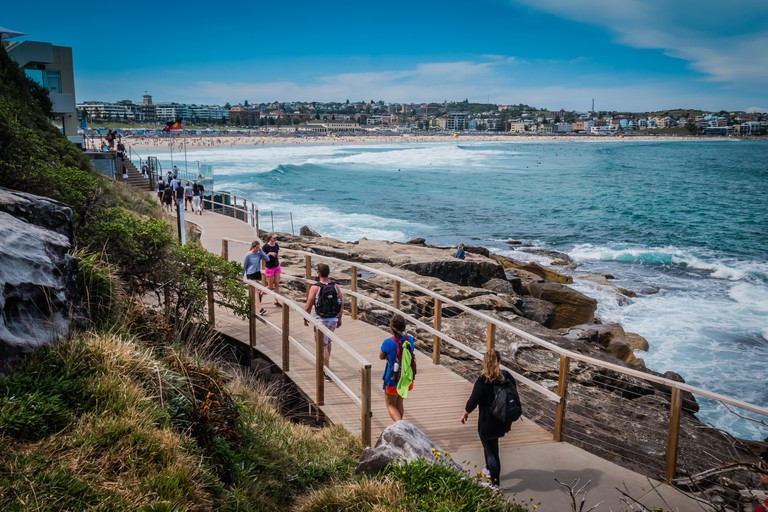 © picturelibrary / Alamy Stock Photo
Bondi Beach is also the starting point for a popular coastal walk from Bondi to Coogee that stretches 6km (3.7 miles). The medium grade urban walk offers plenty of opportunities to rest, take in the views of the ocean, enjoy a picnic and even go for a dip. And, depending on the season, it’s an ideal spotting point for whales and dolphins.
Open In Google Maps
Coogee, New South Wales, 2031, Australia
+61481865553
Visit Website
Give us feedback

Discover the history behind Cockatoo Island 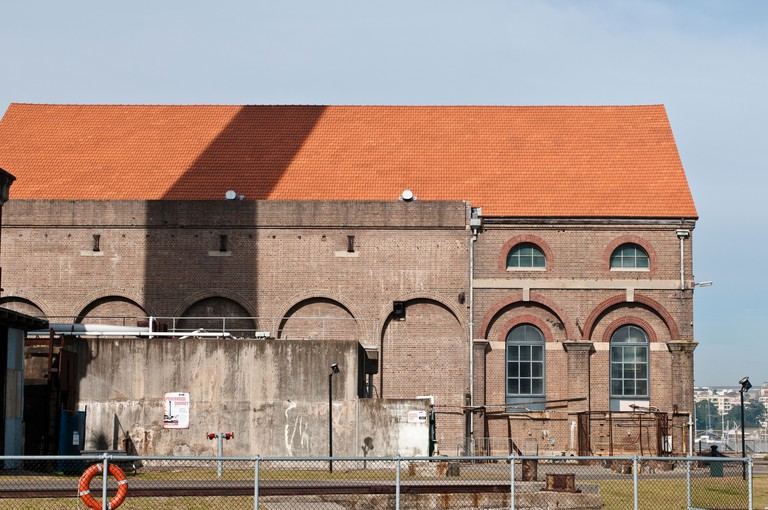 Just a short ferry ride away from Sydney CBD is Cockatoo Island, a UNESCO World Heritage site that was once a place where convicts were exiled before it became a reformatory school and a naval ship dockyard. Today, it’s a waterfront glamping ground for those up for an overnight stay, but it is also a picnic spot with unspoiled views of Sydney. 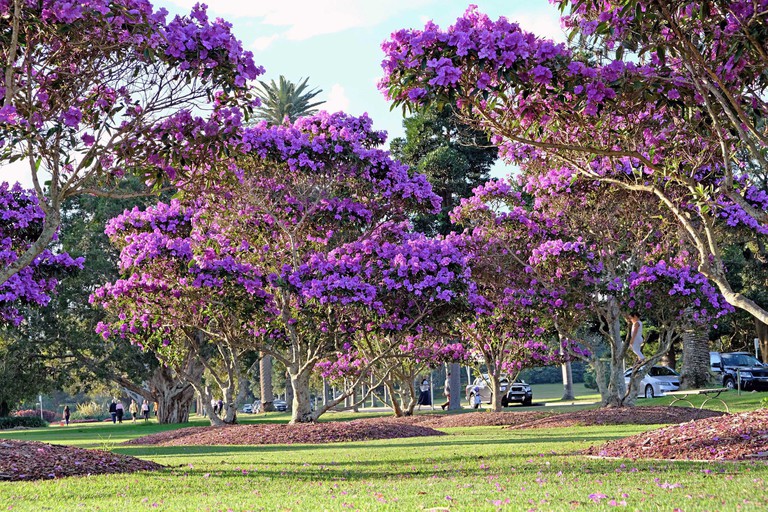 © Iuliia Shevchenko / Alamy Stock Photo
Known as the ‘lungs of the city’, Centennial Parklands attracts more than 30 million visitors a year. It serves as a popular stomping ground among Sydneysiders for barbecues and picnics. Given the size of the park, it’s best explored on bike, which is available for hire on site. It’s also home to the Centennial Parklands Equestrian Centre, which offers the chance to go horse riding.
Open In Google Maps
Centennial Park, New South Wales, 2021, Australia
Give us feedback

Walk through the Royal Botanic Garden 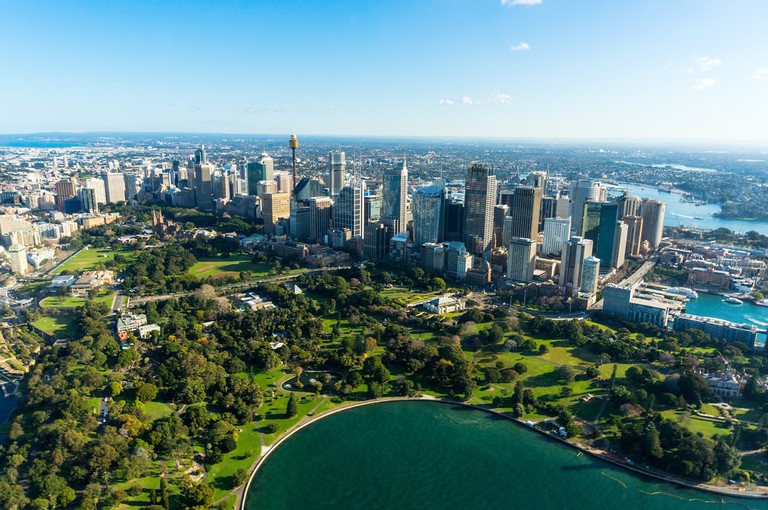 The Royal Botanic Garden is an oasis in the middle of Sydney and is the oldest botanic garden in Australia. You can also learn about the Gadigal people who once resided on the land while walking by some of Sydney’s most famous landmarks, including the Sydney Opera House and Sydney Harbour Bridge. There’s also a chance to read up about the flora that is native to Australia and a beautiful walk up to Mrs Macquarie’s Chair, a bench cut out of sandstone that makes for a popular rest point to take in the views of the peninsula.

Seeing adorable animals is one thing, but being able to score ace views of the city at the same time is not only a huge bonus but also what Taronga Zoo is all about. The zoo cares for more than 4,000 animals, many of which are endangered species, including some of Australia’s native animals, such as the koala and southern corroboree frogs. There’s a whole section in the zoo dedicated to the country’s unique wildlife, as well as other unmissable animals, including gorillas, elephants and giraffes.

Take a dip in Bondi Icebergs 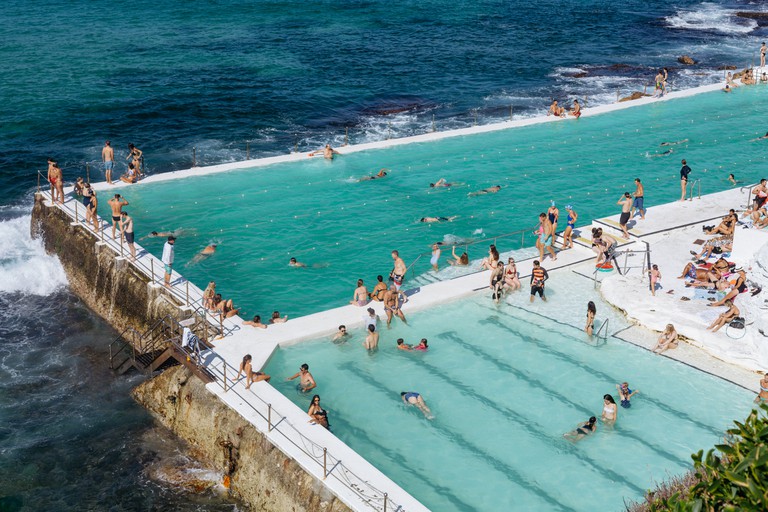 Aside from Sydney’s beaches, about 35 ocean pools dot the city’s coastline. Beachgoers often favour ocean pools – built to prevent shark attacks – because they offer the best of two worlds: the salty water from the ocean but the comforts of a swimming pool. Bondi Icebergs is undoubtedly the most popular; however, other favourite ocean pools include Bronte Baths, Wylie’s Baths and MacCallum Pool.

Watch a match at the Sydney Cricket Ground 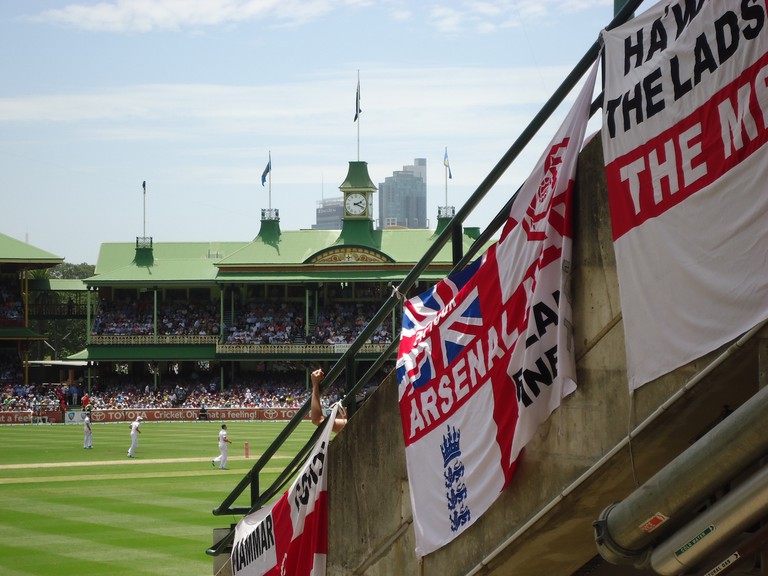 Australians love sports. Whether it is cricket, rugby union, rugby league, football or Australian Football League, the home base for all the sports is the Sydney Cricket Ground. And there’s nothing quite like watching a game live at one of the country’s most prized sporting grounds. But even if there isn’t a match on, a behind-the-scenes tour of the cricket ground will give exclusive access to the museum and a chance to relive some of Australia’s most famous sporting conquests.

Eat your way through the Chinatown Friday Night Market, Haymarket 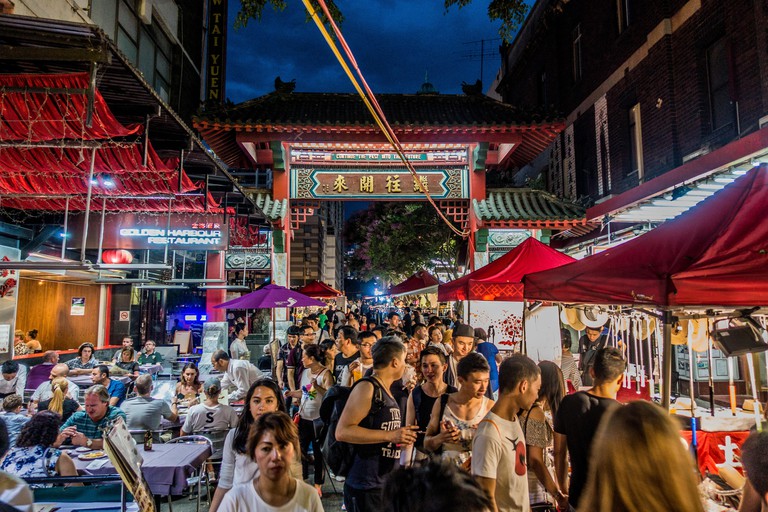 Every Friday from 4pm, the pedestrian-only Dixon Street in Chinatown transforms into a hawker-style night market, selling various Asian food, desserts and gifts – the delightful aromas that exude from each stall will easily entice you. Food selections range from pad thai to moreish Japanese pancakes known as okonomiyaki, fluffy Malaysian rotis and Chinese dim sums. Alongside these stalls, expect to see stands selling clothes, jewellery, and souvenirs.