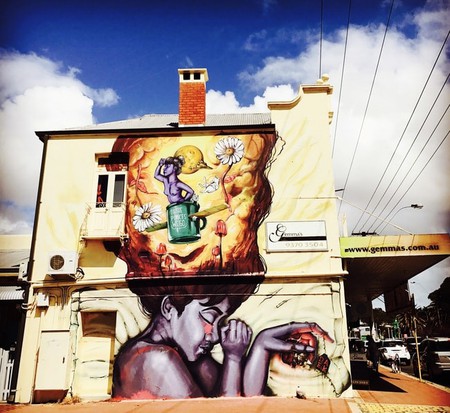 More of Daek's mastery on the corner of 9th Ave & Whately Crescent in Maylands, image take by Carmen Jenner

Ranked as Australia’s second street art capital, Perth’s laneways and buildings have become works of art in recent times; no wall is safe. In 2016 alone, over 100 creatives joined forces with Form, an organisation dedicated to creativity, to transform public spaces from Perth to Claremont to Albany in the Great Southern Region. The Streets of Perth have created an entire blog around Perth’s street art movement, but with murals popping up at a speedy rate, its almost impossible to keep track. Besides, its fun to make your own artistic discoveries. Here’re a few of ours.

Admire your street art, compliments of local urban artist Daek William, while waiting for Portuguese tarts and a brew from Blacklist Coffee Roasters from this hole in the wall, aptly named Graffiti. Playful and nostalgic, Daek’s work adorns commercial and residential spaces all over the city, such as Standby Espresso (on the outside of Fresh Provisions) and Mexican tapas and bar El Publico.

Another wonderful piece by Daek William, engaging his trademark of vibrant faces in unexpected places. This one is plastered on the side of Gemma’s Health & Beauty Spa and works as a lovely prelude into the yummy and fashionable delights along this stretch of Maylands’ Whatley Crescent precinct.

More of Daek's mastery on the corner of 9th Ave & Whately Crescent in Maylands, image take by Carmen Jenner

Daek William at work on his Maylands creation. 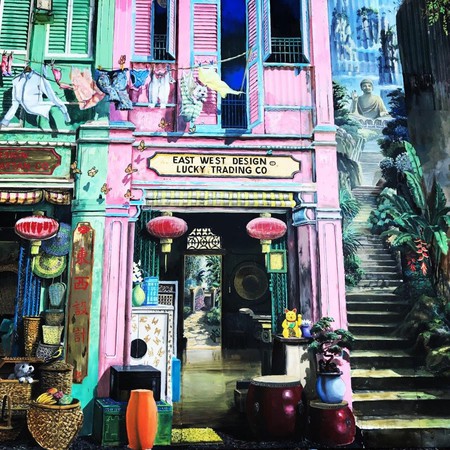 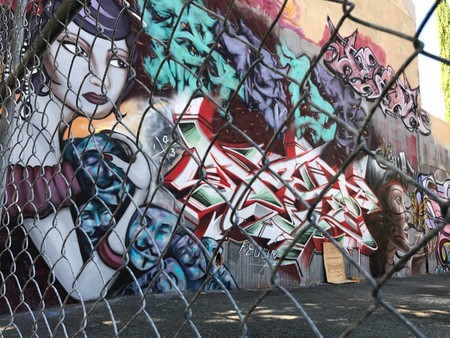 Wander down into Fremantle’s quiet West End on Leake Street for Lady Bananas’ distinctive women demurely peeking out to the world. 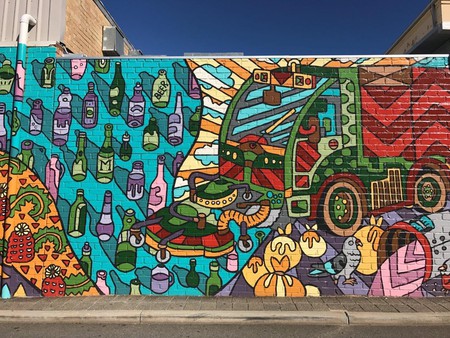 Artist Mel McVee makes an environmental, waste management and sustainability statement about Northbridge’s lively persona. Situated on Errichetti Place in Northbridge behind The Game Sports Bar, the home of many bottles, the City of Perth threw a painting party on 4 March, 2017.

Although you’re not really allowed inside the abandoned South Fremantle Power Station on McTaggart Cove in North Coogee, there’s easy access through the fence on the beach side, if you’re game. For an eerie adventure, visit at dusk or during the weekdays when you might have the place to yourself. A fine example of Brutalist architecture, the power station opened in 1951 and later closed down in 1985 in the wake of technological advances. The building is shrouded in myth and mystique, so beware of the rumoured ghosts and haunting drafts that blow through the derelict building.

Long Reach. #perth #perthstart A wide shot that captures the amazing @phlegm_art Kracken and a bit of the @mmmrmarcus Rainbow Containers at the entrance into ol' Freo town. Not too bad for a drive-by shot…

Also in Fremantle and at the base of Cantonment Hill, where the Fremantle Traffic bridge meets Canning Highway, is a large octopus on the facade of the WWII Naval Store, created by the English artist who goes by the name of Phlegm. Also of note is the art installation of the rainbow of shipping containers in the background crafted by Perth artist Marcus Canning.

Leaving Home. #perth #perthstart A firm favourite by @fintan_magee In Leederville. I think the official title for this one by is Migration – but either way it stretches across the side of the @lunapalacecinemas – swipe ↔️ to see the whole thing.

Prior to painting this wonderful mural on the side of the Art Deco cinema Luna Leederville, on the corner of Oxford and Vincent streets, Australian artist Fintan Magee had been in trouble with the law on numerous occasions for decorating his hometown of Brisbane. Now, world-renowned and with the law on his side, the City of Vincent commissioned the project as part of Light Up Leederville Carnival in December 2014. Titled Leaving Home, perhaps an ode to his own journey?

A post shared by Creative Masterpieces (@perthstreetarthunters) on May 26, 2017 at 2:30am PDT

A whimsical backdrop to one of Perth’s inner-city bars, called the Cheeky Sparrow in Wolf Lane. This piece was created by local muralist and tattooist Harvey Jackson. 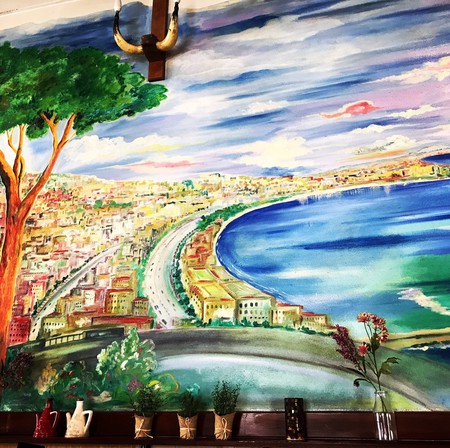 Not technically on the street, this mural of Naples in Ruocco’s Pizzeria e Ristorante is an enticing reminder of where your wood-fired pizza originated.

The Grand Cinemas Cygnet is one of Perth’s few remaining Art Deco cinemas and resides on Preston Street in South Perth. Originally named the Como Cinema, it opened in 1938 and is reminiscent of the grandeur of its time. Its only fitting that a film great should adorn its walls.