Top 5 Things To Do In Black Rock

Keep going down the coast through Bayside, and you’ll shortly arrive in the beachside suburb known as Black Rock. One of the more quiet suburbs in Bayside, Black Rock is often overlooked as a day-trip destination; however, if you know where to go, this suburb is a hive of activity and fun things to do. 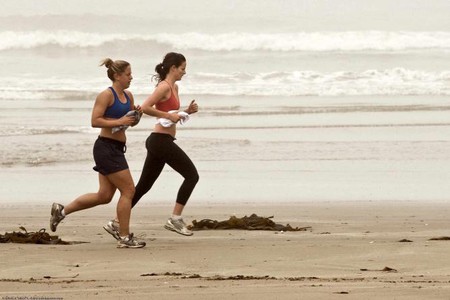 If you’re early to rise on the east side, start right with a bootcamp or personal training session on the beach with Bodyfit Health Concepts, an independent fitness center based in Black Rock. Offering a variety of services to suit individual health goals, they provide one-on-one consultations with clients to give them the best support and best results. Bonus: The first personal training session is free when you book online, so there’s no reason not to try.

After a hard work out, a good coffee is a must, and Uncle Bart has very good coffee. Located at the intersection of Black Rock’s shopping streets, it isn’t too hard to find this little place. Here, they use 5 Senses for their blends to create a flavorsome roast with a strong smooth aftertaste — the perfect blend to get re-energized for the rest of your day. Bonus: Uncle Bart offers free wi-fi — definitely an added tick of approval for all travelers.

To browse the local shopping scene, head to the main hub of shops located around the prominent Black Rock Clock Tower on Bluff, Beach and Balcombe Roads. Be sure to check out three places in particular amongst it all: Thomas Dux, the ultimate foodies dream, with their great selection of organic and speciality products, Nani’s for their famous chocolate chicken and Closet Fever to find all the latest in fashion. Tip: Thomas Dux is an eco-friendly store, so be sure to bring your own bags for groceries. 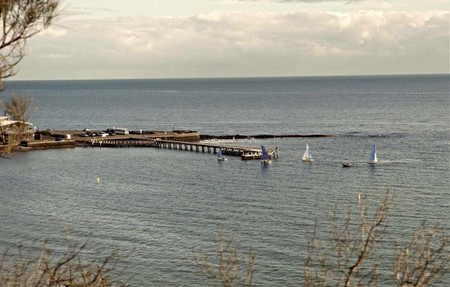 In the afternoon, take a stroll along Black Rock’s beaches and stop by Half Moon Bay, the most beloved beach around. Named after its crescentic shape, this beach is home to the famous HMVS Cerberus, the last monitor warship in the world, which was grounded there in 1926. Half Moon Bay is also host to the Black Rock Yacht Club and Half Moon Bay Surf Life Saving Club, which was founded in 1910 and is the oldest in Victoria. Fishing and snorkeling are also popular here; however, most people come for the bay’s extensive sandbanks and low waves, making this one of the safest beaches to visit. Tip: Parking here can be difficult, especially in peak season, so opt to park on the local streets nearby for peace of mind.

Last but not least, there is Davey Mac’s Gelato. Any time of the year is a good time to try Davey Mac’s, made in the traditional Italian way. There is always a great selection to choose from in both sorbets and milk-based gelato. Classic favorites, such as chocolate, vanilla and lemon, are on display all year round, while twelve spots are kept aside for special-edition flavors, which are changed over regularly. Special-edition flavors like chili chocolate and licorice are local favorites, but the flavor that has yet to be beaten and is the must-try here is the Ferrero Rocher. Tip: They only accept cash, but there’s an ATM nearby.

Frankie is a Melbourne based interior designer, who is interested in health, wellbeing and technology as well as design. She gains inspiration from Melbourne, from its underground music scene to its hidden coffee gems, and everything in between. Follow her on Instagram @misslifestylemelbourne