Top 10 Things To See & Do in the Grampians, Australia

Grampian National Park Victoria © Gav Owen/WikimediaCommons
Located in Greater Melbourne, the Grampians are home to rugged rock formations, breathtaking panoramas and Aboriginal rock art dating back 22,000 years. Popular with hikers, the area has a multitude of walking tracks; however, there’s more to the Grampians than spectacular outdoor scenery – there are impressive art galleries and museums to visit as well.

The Pinnacle is one of the most popular lookouts in Victoria and also one of the most challenging to reach. The easiest access trail is a 4.2-kilometre return hike that begins at Sundial car park and is appropriate for families. Avid hikers will prefer the route starting at Wonderland car park. Both tracks will lead you through rugged rock formations, and upon reaching The Pinnacle, you can marvel at the spectacular scenery of the Grampians. 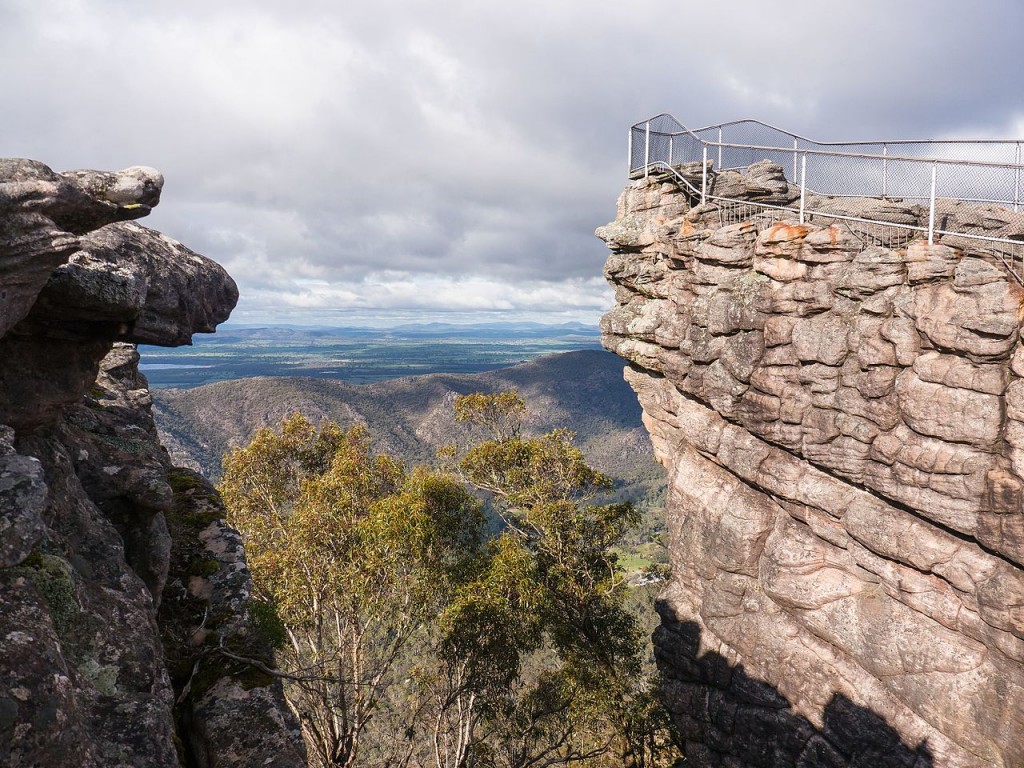 Watch the water cascade down Victoria’s largest waterfall all year round in the Grampians National Park. Starting at MacKenzie Falls car park follow the steep trail downhill for two kilometres until you reach the base of MacKenzie Falls. Alternatively, you can view the waterfall from the platform at the Bluff, which has wheelchair access. 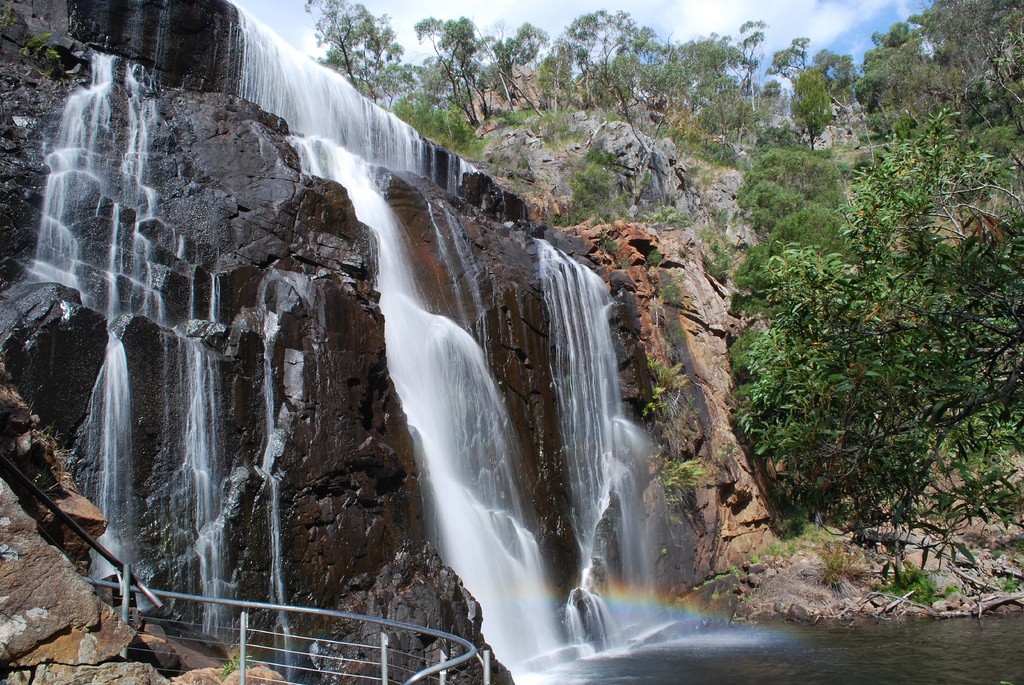 Formerly known as the Jaws of Death this specular lookout offers panoramic views of Victoria Valley. Set aside an hour and start at the two kilometer walk at Reeds Lookout Carpark which leads to The Balconies through rocky outcrops and Stringybark forest. Photographers should visit in the morning or at sunset to capture the magnificent scenery.

Sunrise from The Balconies in the Grampians. I had a wonderful weekend travelling around with my camera even did a workshop on Milky Way Panoramas with @gillfryphotography in Hamilton. If any ladies out there or even men want to learn in a fun environment some fun new skills with your camera have a look at Gills website.

Zoo
Home to over 160 native and exotic animals including meerkats, giraffes, dingos, red pandas, lemurs, macaws and many other species, Halls Gap Zoo is Victoria’s largest regional zoo. Located at the foothills of the Grampians, Halls Gap Zoo is involved with a number of endangered species captive breeding programs and offers animal encounters as well as zookeeper experiences.
Looks like it's closed Hours or services may be impacted due to Covid-19
More Info
Open In Google Maps
4061 Ararat-Halls Gap Road, Halls Gap, Victoria, 3381, Australia
+61353564668
View menu
Visit website
Visit Facebook page
Send an Email
Give us feedback

With a history spanning more than 50 years, the Hamilton Gallery is a beloved exhibition space showcasing over 8,000 European, Asian and Australian works of art across a number of mediums. From ceramics, paintings and print to metalwork, furniture, contemporary art and 18th-century watercolours, the gallery has an impressive collection and is one of Australia’s leading public galleries.

The dramatic Gum San Chinese Heritage Centre tells the story of Chinese miners who made the journey from Southern China to Australia in search of gold. Incorporating the design principals of Feng Shui, the centre showcases textiles and relics and invites visitors to try calligraphy, dress in traditional costume and search for gold.

Visited by more than 10,000 people annually, J Ward Museum was a goldfields prison from 1861 – 1886. In 1887 the prison transitioned into a maximum security psychiatric ward for the criminally insane until it closed in 1991. Take a guided tour or a ghost tour and discover what life was like for inmates including Chopper Reed.

One of the best lookouts in the Grampians can be found on Mt Difficult road in Halls Gap. From the car park, it’s only a short walk to the lookout which features 180 degree panoramic views of Halls Gap and Lake Bellfield. This is also a great location to spot local birdlife. The area is equipped with picnic tables and toilet facilities so pack a lunch and enjoy the view. 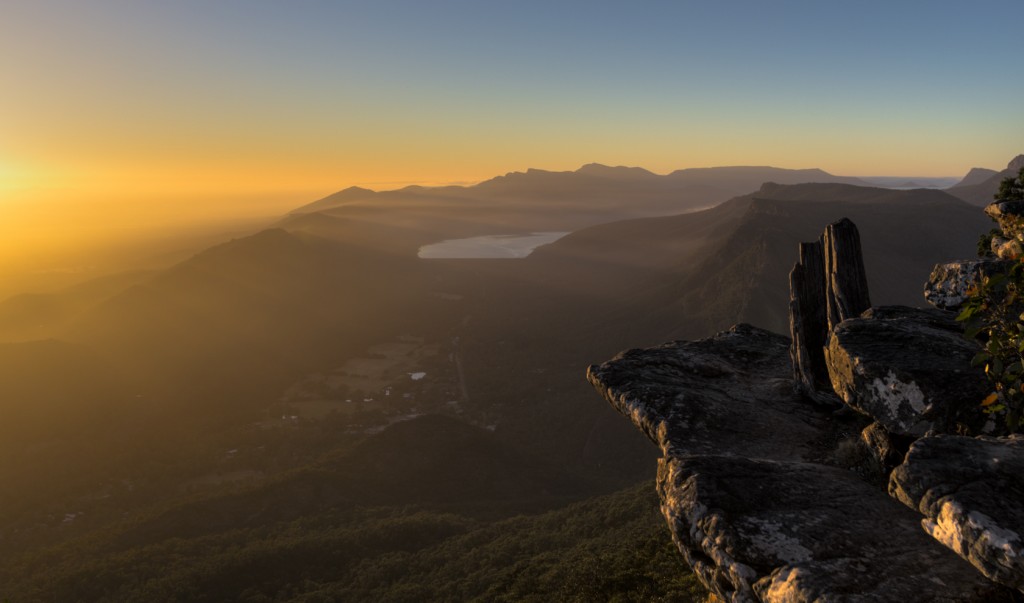 Only a five minute walk from the Mt Stapylton campground is the Ngamadjidj Aboriginal Art Shelter. The artwork depicts white dancing, standing and squatting figures different in colour and style from the vast majority of northern Gariwerd art sites. Aboriginal people associate the colour white with death and the spirit world and may have viewed Europeans as ghostly figures. 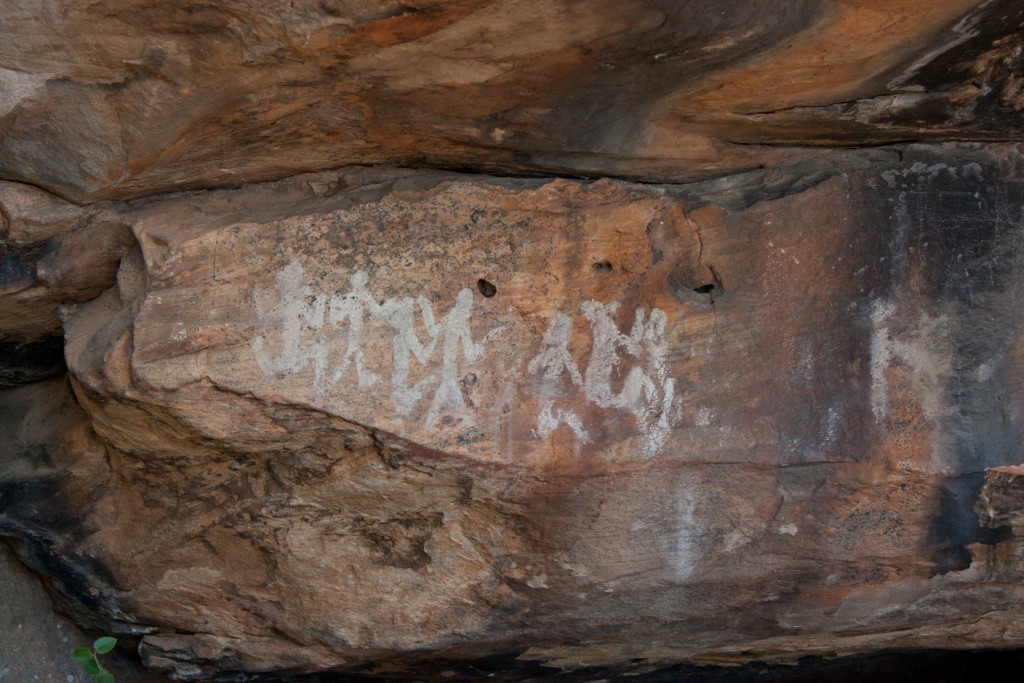