Top 10 Things To Do in Townsville, Australia 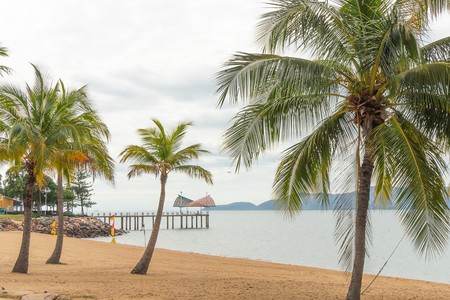 Pier and Magnetic Island views from the Strand | © Hayley Simpson

Townsville is located in tropical north Queensland. It’s often overlooked by international visitors, in favour of its northern counterpart, Cairns. But Townsville is worth a visit as well, thanks to its family-friendly attractions, excellent day trips, and close proximity to the Great Barrier Reef. Here’s the top 10 things to do. 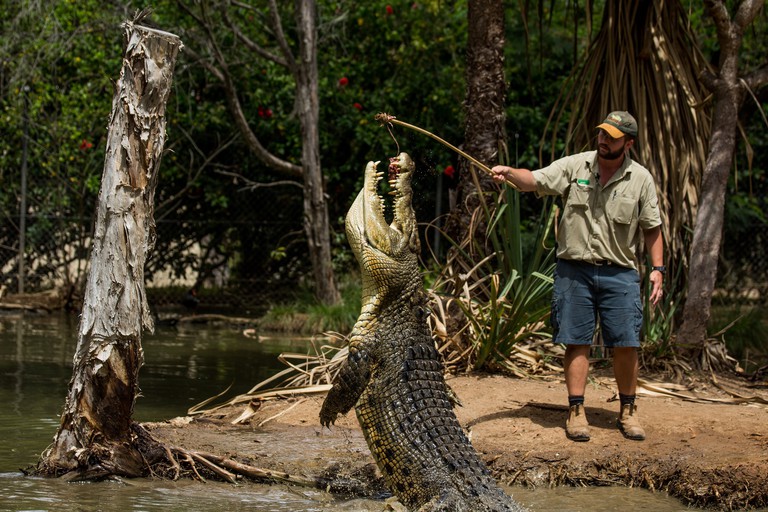 Billabong Sanctuary is a family-owned wildlife park in Townsville. It’s been accredited with Advanced Ecotourism certification from Ecotourism Australia, due to its environmental management, commitment to conservation, partnerships with local communities, and education programs. Some of the animals you will see at Billabong Sanctuary include several kangaroo species, koalas, echidnas, different snake varieties, emus, and both saltwater and freshwater crocodiles. 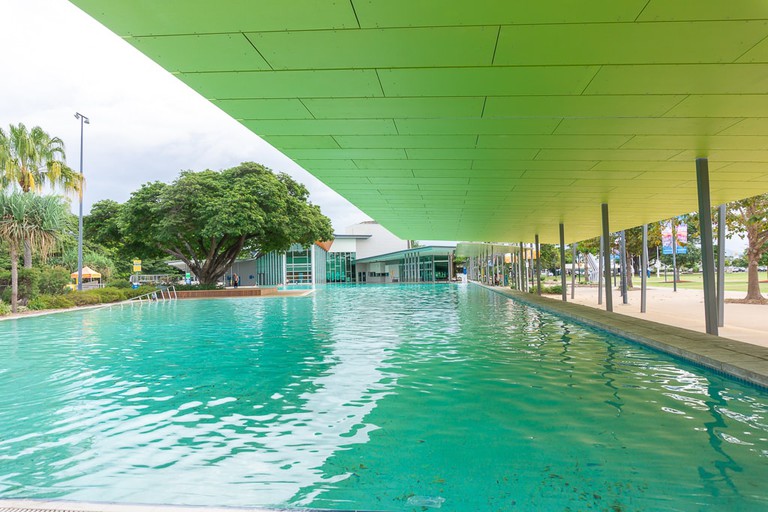 Riverway is a parkland attraction along the Ross River in Kirwan. It includes an 11-kilometre (seven-mile) walking track beside the river, the Riverway Arts Centre, Tony Ireland Stadium, free movie nights, Pinnacles Gallery, and a public art trail. The biggest drawcard though is the Riverway Lagoons, which together cover an area the size of three Olympic swimming pools. The lower lagoon has shallow areas for children, while the upper lagoon is accessible, with an area for swimming laps. 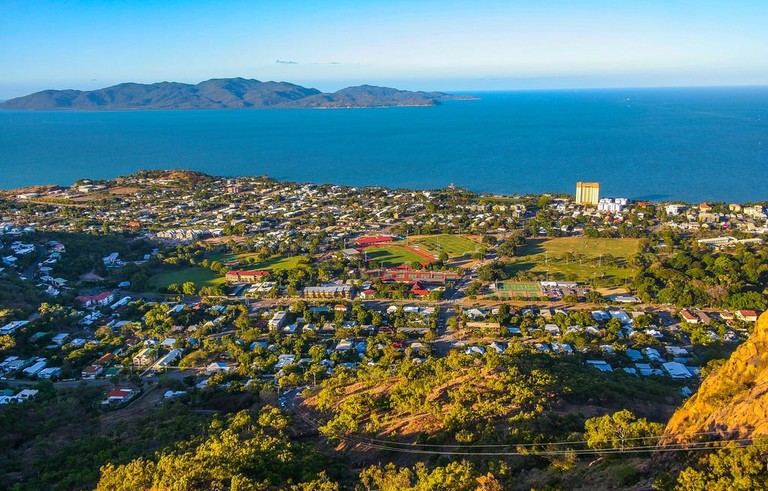 Castle Hill is Townsville’s defining feature, and one of Queensland’s most distinguishable natural features. Located practically in the middle of the city, the giant heritage-listed pink granite monolith is a popular attraction for both tourists and locals. More than 2,500 Townsville residents walk up the hill’s many trails every day. You can also drive to the top of Castle Hill, which offers 360° views of Townsville. There are several lookouts and vantage points on Castle Hill as well. 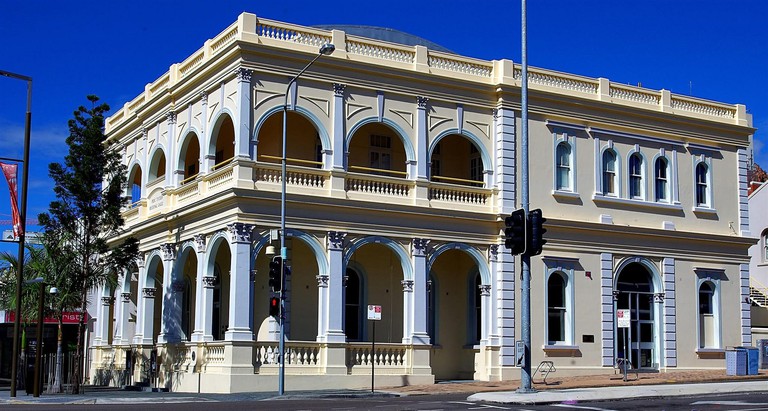 Perc Tucker Regional Gallery is located inside one of Townsville’s most well-preserved historic buildings. Although it hosts both national and international exhibitions, the gallery likes to focus on work from North Queensland artists. Its permanent collection includes over 2,000 artworks in categories like Contemporary and Historical Art of Tropical Queensland, Aboriginal or Torres Strait Islander Art, and Contemporary Art from Papua New Guinea. Perc Tucker Regional Gallery also hosts talks, workshops, and other educational programs.

Learn more at the Museum of Tropical Queensland

The Museum of Tropical Queensland is an award-winning natural history, archaeology, and history museum. Its Great Gallery is dominated by a HMS Pandora replica, which sank on the Great Barrier Reef in 1791. Some of the objects recovered from the wreck—when it was discovered 186 years later—are on display in the Pandora Gallery. There’s also exhibitions on Torres Strait masks, and the World Heritage-listed rainforest and reef of tropical Queensland.

The SS Yongala wreck is one of the world’s best wreck dive sites. The SS Yongala Ship sank off Cape Bowling Green in 1911, on its way from Melbourne to Cairns. Over 10,000 divers visit the SS Yongala wreck annually. Because it’s located within the Great Barrier Reef Marine Park, divers can expect to see an array of tropical marine life. This includes sea turtles, gropers, rays, sharks, and many tropical and ocean fish species. Check out Adrenalin Dive in Townsville to dive the SS Yongala wreck yourself.

Magnetic Island is a suburb of Townsville, located eight kilometres (five miles) off its coastline. It’s only accessible via ferry or barge, which operate frequently between the two destinations. Magnetic Island is a great place to spend the day. Try and spot a koala or wallaby, swim at one of its 23 bays, bush walk through Magnetic Island National Park, hire a Barbie-inspired pink topless car from Tropical Travel, or enjoy some watersports at Horseshoe Bay. 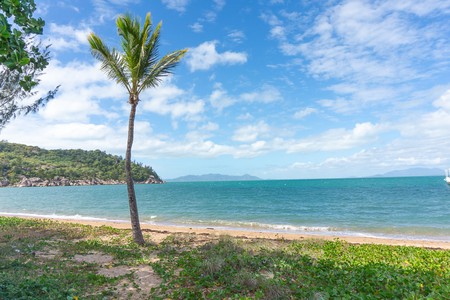 Head to Paluma and the rainforest

Another great day trip from Townsville is to Paluma. Located a 45-minute drive north of the city, Paluma is found on the southern edge of the World Heritage-listed Wet Tropics of Queensland. The small village in the rainforest is home to waterfalls, bush walks, beautiful freshwater swimming holes, and an array of bird species. On the way to Paluma, stop at either Little or Big Crystal Creek for a swim. Little Crystal Creek is defined by its stone arch bridge from the 1930s, while Big Crystal Creek is popular with locals. 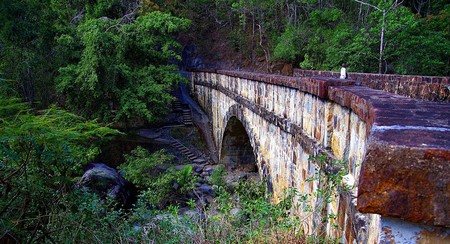 Enjoy the Strand and its many attractions 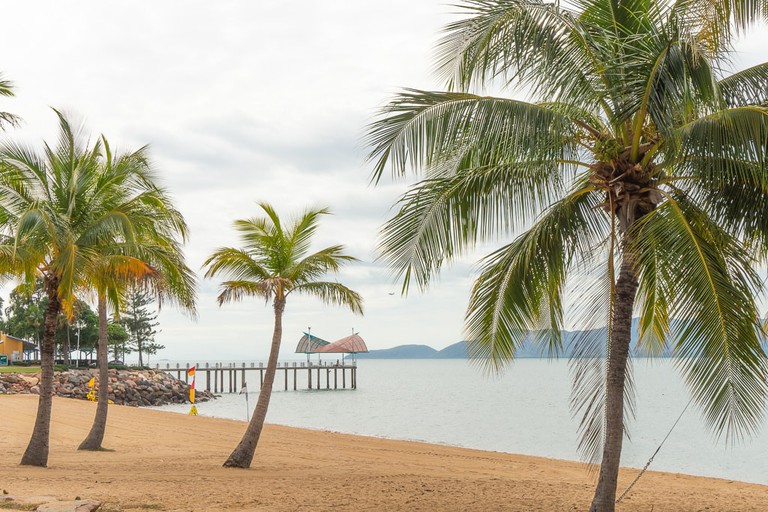 Pier and Magnetic Island views from the Strand | © Hayley Simpson

The Strand is the jewel in Townsville’s crown. The foreshore area is home to a 2.2-kilometre (1.37-mile) beachfront walking path, which offers uninterrupted views towards Magnetic Island. Some of the attractions along the way include many restaurants and cafes like the Watermark and Longboard Bar and Grill, the saltwater Rockpool, Australia’s cleanest beach, a family-friendly and free water park, fishing from the pier, Tobruk Pool, and the large Strand Park. Jezzine Barracks is another attraction, located at the Rockpool end of the Strand. 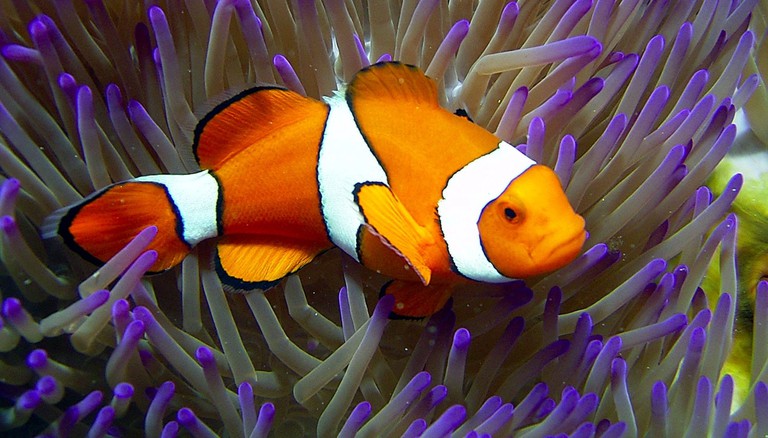 Reef HQ is the world’s largest living coral reef aquarium, and is a part of the Great Barrier Reef Marine Park Authority. Over 110,000 people visit Reef HQ annually, which was established to make the Great Barrier Reef’s marine environment more accessible to the public. There’s the Discovery Lagoon, North Queensland’s only Turtle Hospital, the Predator Exhibit, and the Coral Reef Exhibit. The latter is equivalent to one Olympic-sized swimming pool, and is home to over 150 fish species, and 120 coral species only found on the Great Barrier Reef.