Top 10 Things to Do and See at Sydney's Bondi Beach

Bondi Beach is home to Australia’s most famous strip of sand, but there’s plenty more to the neighbourhood than simply surf and sunshine. Joining the hundreds of thousands of visitors who are drawn to one of Sydney’s most alluring suburbs? Tick off these 10 things to see and do in Bondi Beach.

The best thing to do in Bondi Beach? Go to Bondi Beach! Discover why Australia’s most iconic beach enjoys the reputation it does. Take your beach towel to carve out your little patch of sand then go for a dip with thousands of your new mates – just remember to swim between the flags, unless you plan on being rescued by the lifeguards and appearing on reality TV show Bondi Rescue. 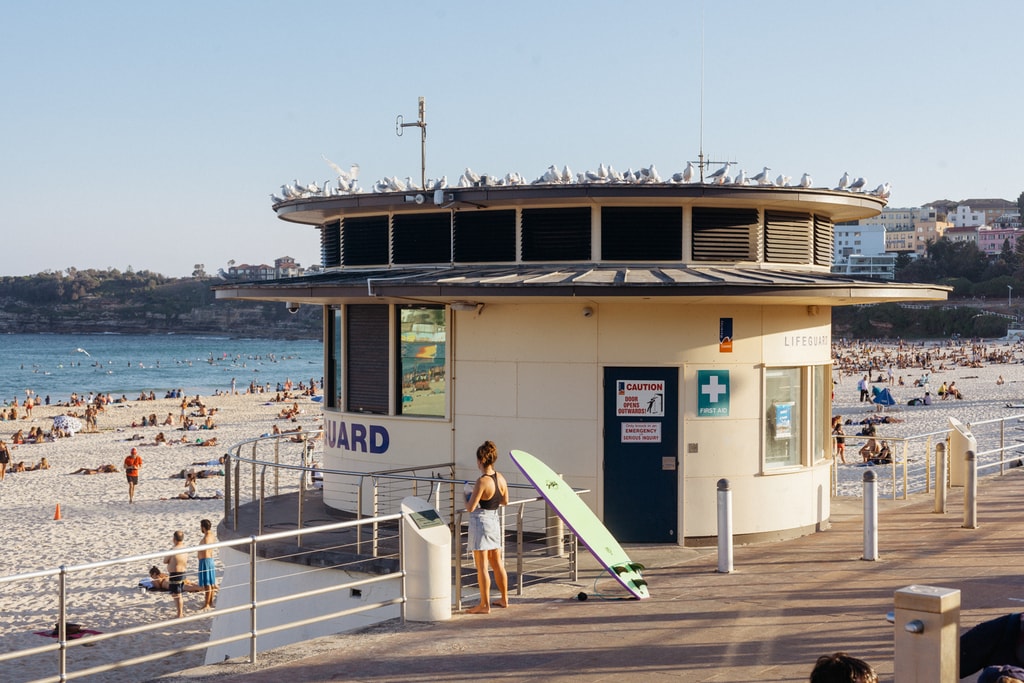 Thousands of travellers also flock to Bondi to learn how to surf at one of Australia’s most iconic breaks… including plenty of people who don’t exactly possess Kelly Slater’s skills. Let’s Go Surfing have more than two decades’ experience introducing first-time surfers to the Bondi waves, so you’ll know you’re in safe hands as you learn to hop up on the board for the first time. 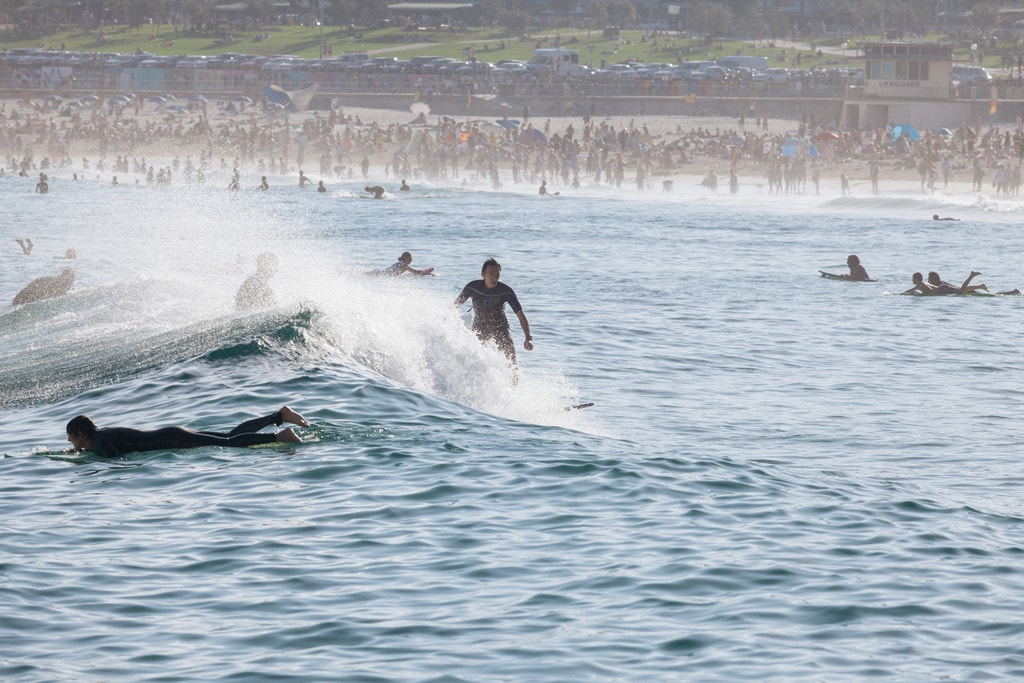 Water babies should also make a beeline for this picturesque ocean pool at the southern end of Bondi Beach. The turquoise baths of Bondi Icebergs jut out into the ocean, filled with lap swimmers battling the waves and white foam crashing into its walls – admission costs just $7 and includes sauna entry, too. There’s also a 200-seat bistro overlooking the pool that boasts vistas to die for, as well as surprisingly affordable prices for such a spectacular setting. 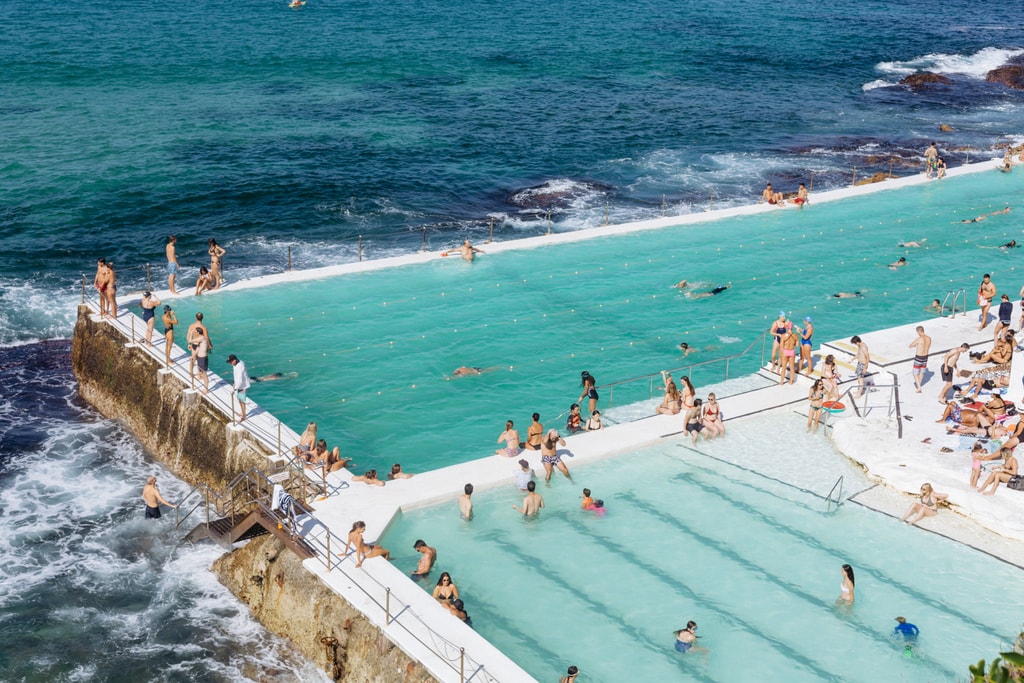 This heritage-listed icon of the neighbourhood was slated for redevelopment but people power has ensured a more modest makeover to the grand old building in the near future. As it stands, the Bondi Pavilion houses a permanent art gallery, theatre and cafe, and also hosts a number of community gatherings and annual events such as the mega-popular outdoor cinema each summer. 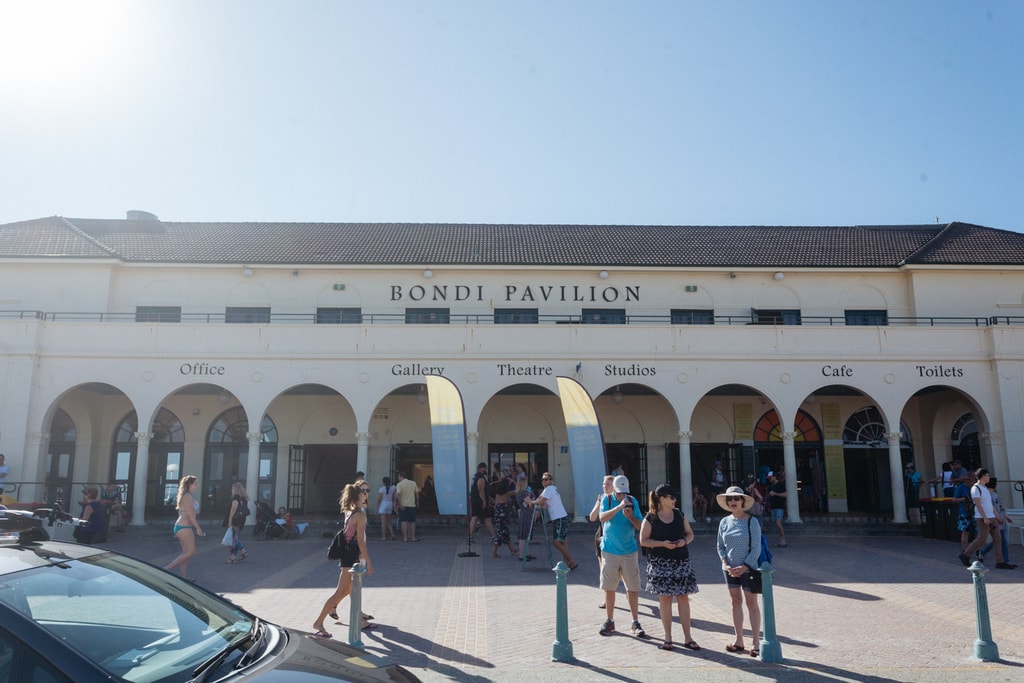 If the boutiques of Gould St don’t give you your retail fix, plan a weekend trip to the Bondi Markets, the natural habitat of Bondi’s healthy population of hipsters. Filling the grounds of the Bondi Beach Public School every Saturday and Sunday, these buzzing markets sell everything from flowers and organic produce to second-hand clothes and artisanal arts and crafts. Perfect place to find a souvenir! 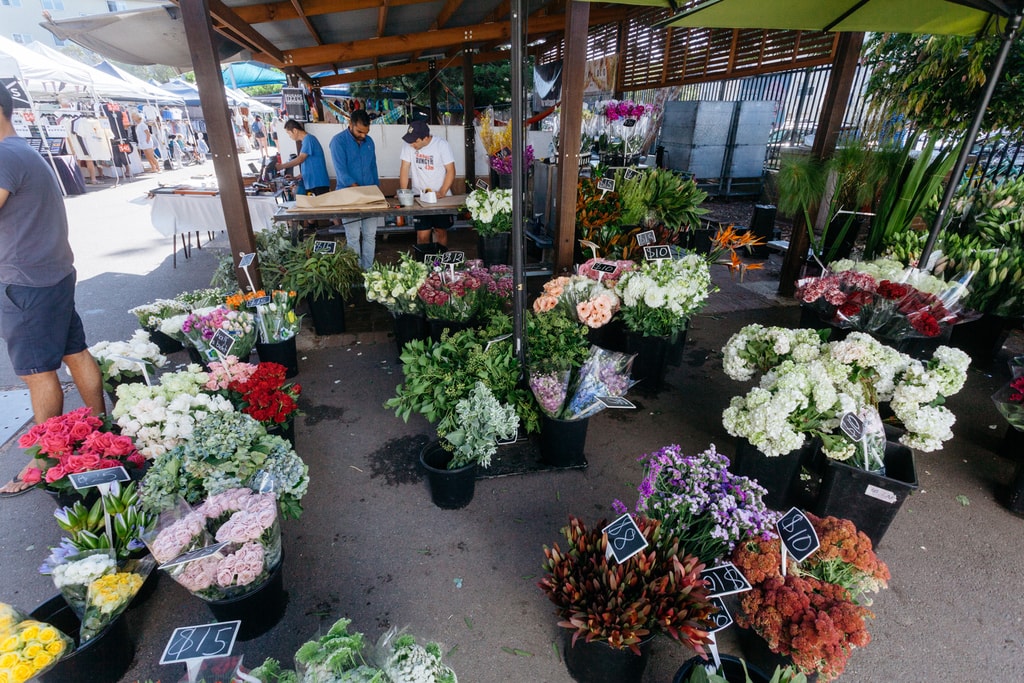 Gertrude and Alice
Cafe, Central American, $$$
There’s much more to Bondi Beach than just the sand – the books and coffee are pretty good, too. Named after literary legends Gertrude Stein and Alice B Toklas, Gertrude and Alice is one of Sydney’s favourite bookshops. Head to Hall St to grab a cup of coffee then peruse the extensive collection of books, which exude that unmistakable aroma in this atmospheric space.
More Info
1, 46 Hall Street, Bondi Beach, New South Wales, 2026, Australia
+61291305155
Visit website
Cooee Art Gallery
Art Gallery 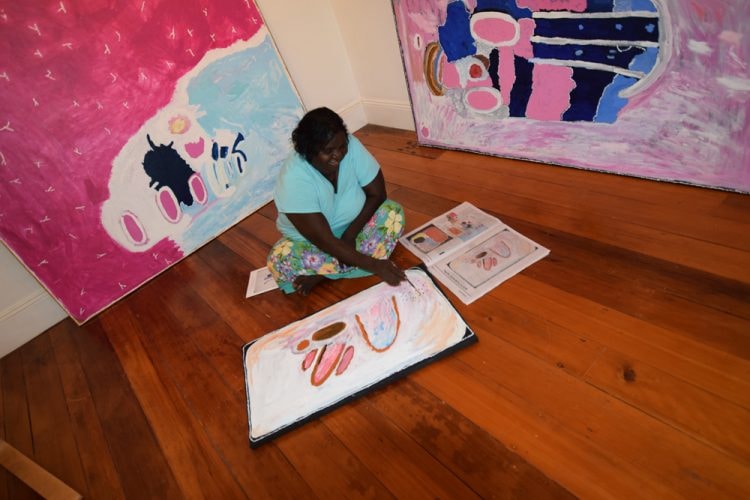 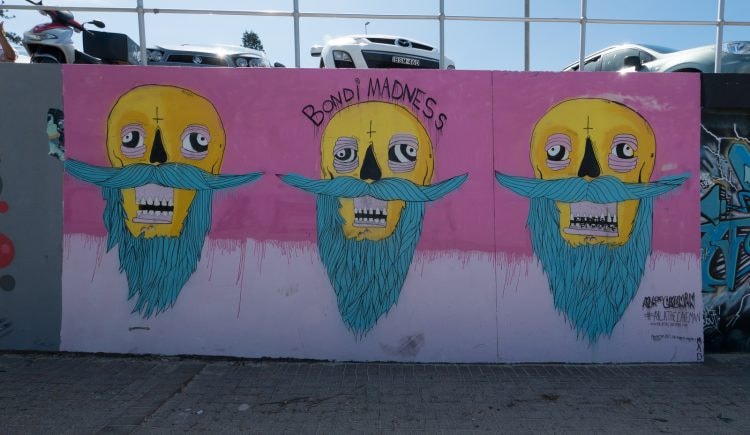 Bondi Beach’s art scene doesn’t end at the front door of the local art galleries, with a string of colourful murals lighting up the promenade overlooking the sand. The Bondi Beach Graffiti Wall has welcomed some of the world’s best street artists from every corner of the planet since the council first created it in the late 1970s, adding a spectacular coat of paint to Australia’s most famous stretch of coastline.
More Info
Bondi Beach, NSW, 2026, Australia
Visit website 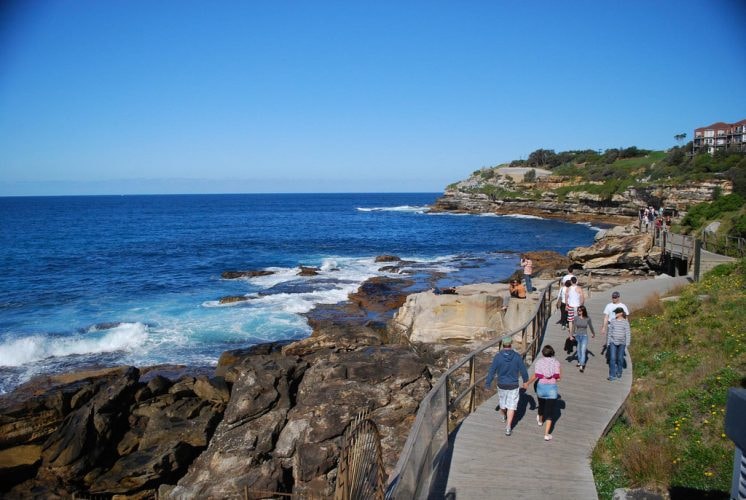 One of the best things to do in Bondi Beach is leave – on foot, of course, along the jaw-droppingly gorgeous walking path that links Bondi with the equally beautiful Coogee via a string of smaller beaches and bays. Lace up your walking shoes, whip out your camera, and slip into your togs to have a dip at underrated beaches such as Tamarama, Gordons Bay, Bronte and Clovelly.
More Info
1 Notts Ave, Bondi Beach, 2026, Australia
+61406333665
Visit website 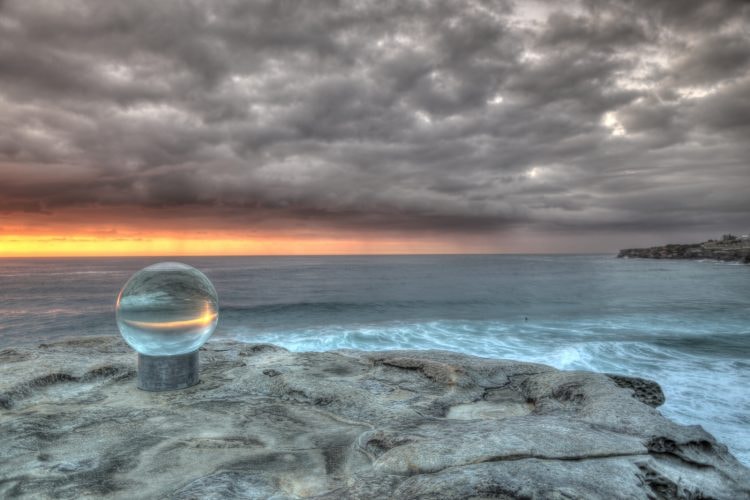 The stroll from Bondi to Coogee becomes even more scenic each spring when some of the world’s premier sculpture artists transform the journey into an outdoor art gallery. Over the past 22 years, Sculptures by the Sea has become the world’s largest free outdoor sculpture exhibition, attracting more than half a million visitors to marvel at the 100-plus masterpieces every October.
More Info
1 Notts Ave, Bondi Beach, 2026, Australia
+61283990233
Visit website 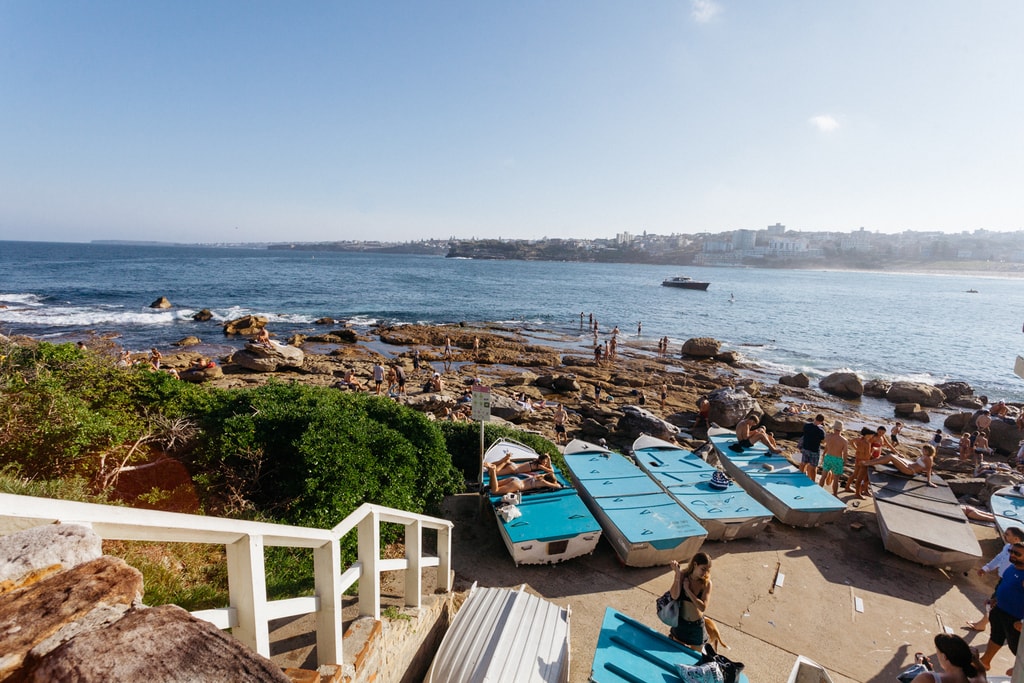 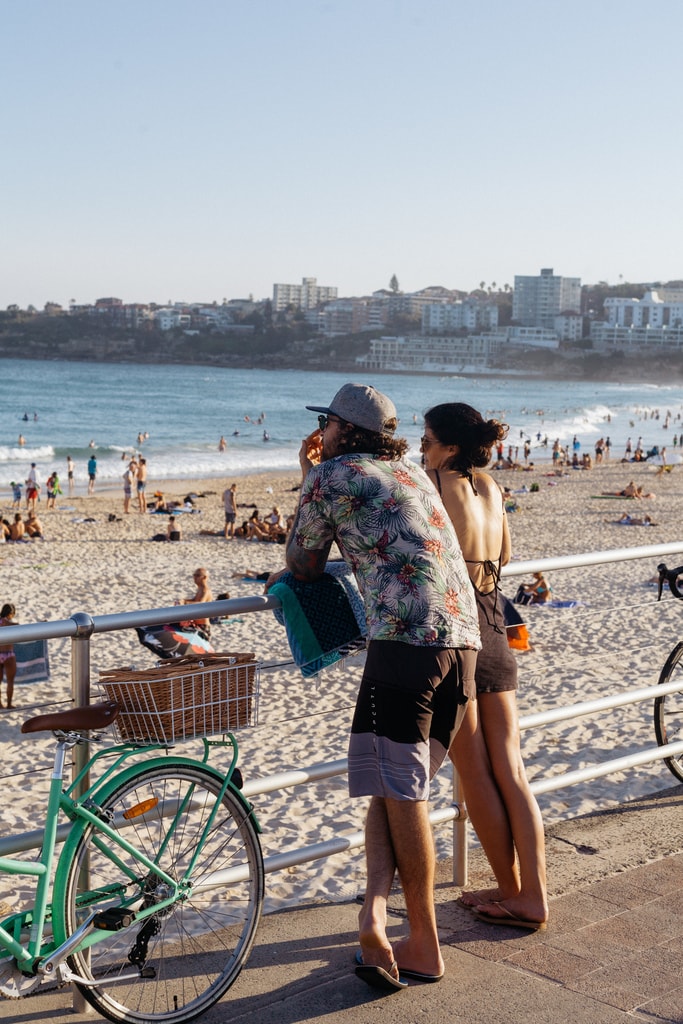 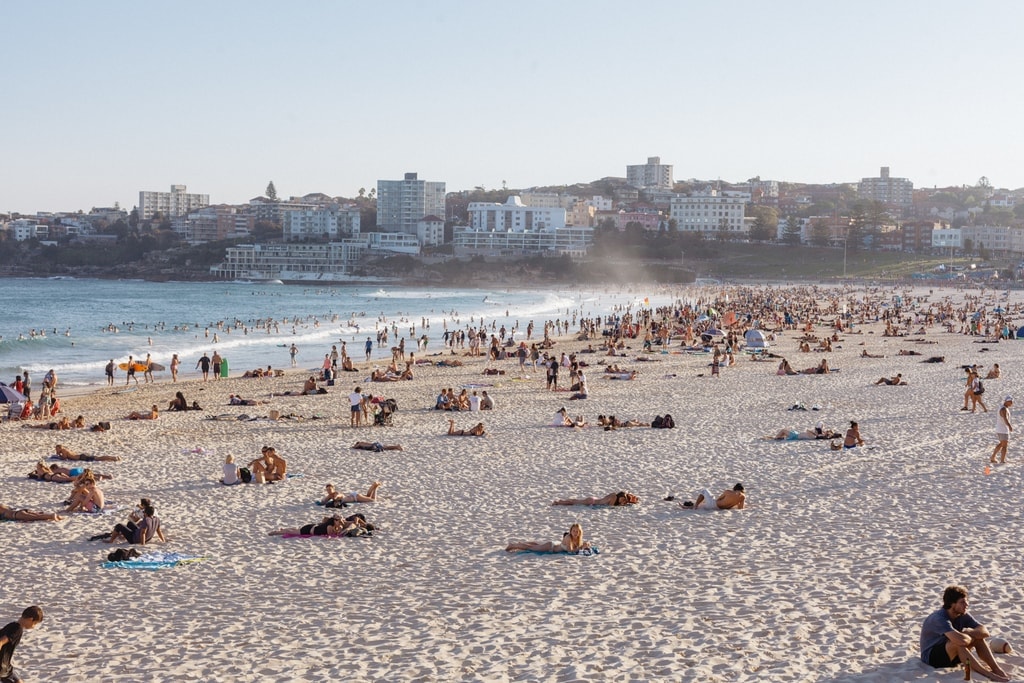