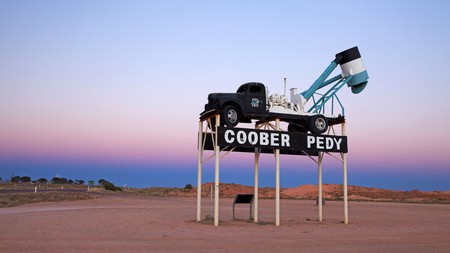 An old mining truck welcomes you to the town of Coober Pedy, which is known as the “opal mining capital of the world” | © De Klerk / Alamy Stock Photo

Coober Pedy in the Australian outback is a bucket-list destination. The town is one of the most prolific opal-mining areas in the world, with much of its life happening underground. Culture Trip finds out more.

Coober Pedy might look much like a desert at first sight, but don’t be fooled: life is happening underground. This small town in rural South Australia has been dubbed “the opal capital of the world” – and many locals have reaped the benefits, creating beautiful “dugouts” – accommodation in the mined spaces below the Earth’s surface.

It is believed that, more than 150 million years ago, this town was submerged under water and that, as the water receded, minerals from the seabed solidified to create beautiful gemstones. Indeed, these were opals, and they were discovered in 1915 by a 14-year-old boy whose father was prospecting for gold. A few years later, the Progress Committee voted that the town would take the name Coober Pedy, meaning “white man in a hole”.

In the early 19th century, many miners dug out their homes to avoid extreme temperatures that are unsafe to live and work in. Today, fifty percent of the town’s families live in those cool, soundproof enclaves.

There are also numerous shops, galleries, churches, swimming pools and even Airbnbs located underground. When you visit the town, explore some of the historic hand-dug spaces during a self-guided tour of the Old Timers Mine, which was originally dug in 1916, and take home an original Coober Pedy opal from the museum’s gift shop. 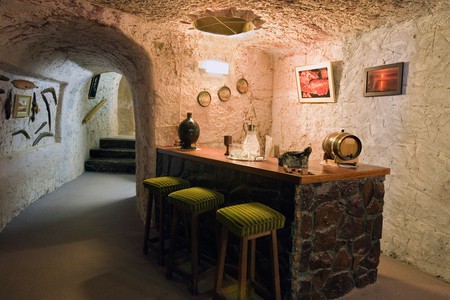