These Colourful Trams Are Popping up All Over Melbourne 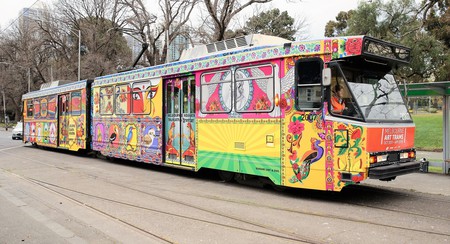 The worlds largest tram network has been uniquely transformed with eight artistic trams hitting the tracks in Melbourne. Reviving the project Transporting Art (1987 and 1993), the fifth annual Melbourne Art Trams gives artists the opportunity to beautify their urban topography through moving, public canvases.

The project came about through the partnership between Melbourne Festival, Creative Victoria and Public Transport Victoria in collaboration with Yarra Trams. The Melbourne Art Trams project celebrates two distinctly Melbourne assets trams and creativity. “The project puts art at the centre of public life and acknowledges the powerful role creativity can play in many different areas from public art, to public transport”, said Minister for Creative Industries Martin Foley. 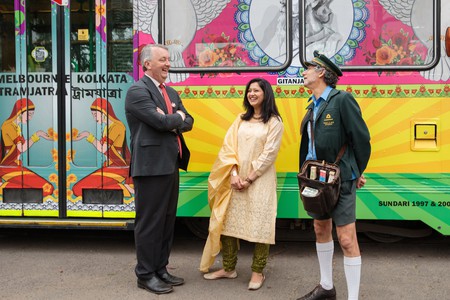 Rolling through Melbourne between October 2017 and April 2018, the trams will not only reflect the cities identity but will allow commuters to immerse themselves within Melbourne’s artistic culture as a part of Melbourne Festival’s visual arts program.

The eighth tram was set aside for St Albans Heights Primary School who collectively designed a community art tram, capturing portraits of diversity. “Victoria is full of talented and inspiring artists and this years Melbourne Art Trams designs are among the best we’ve had. We’re thrilled to have to have this project as part of our visual arts program again”, said Melbourne Festival Artistic Director Jonathan Holloway.

In late October voting will open for the $5,000 People’s Choice Award, where the public can have their say and pick their favourite tram.

To find out where these colourful trams are download the tramTRACKER app.