The Top Haunted Places in Melbourne 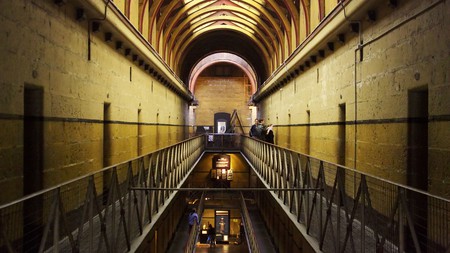 Known as Australia‘s sporting, culture and coffee capital, the city is also home to some scary sights, including several abandoned mental asylums and the Old Melbourne Gaol. Keep reading to discover just where you’ll find the most haunted places in Melbourne.

Altona Homestead, once the Langhorne family residence, is now home to the Altona Laverton Historical Society. The property is filled with furnishings and homewares from the 1840s to the 1900s and is also known for its Devonshire tea. This might seem normal, but it also hosts monthly ghost tours. Sarah Langhorne died at the homestead in 1871, and people have claimed to see her ghost. Altona Homestead has even attracted international attention from paranormal investigators. 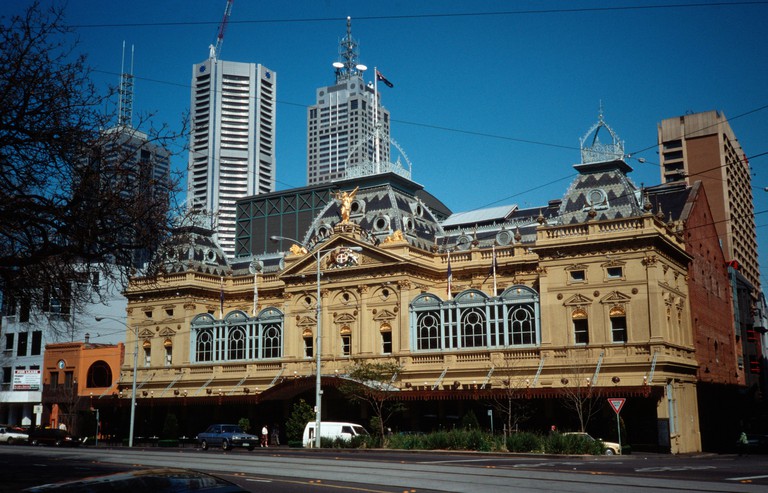 © Arco Images GmbH / Alamy Stock Photo
Melbourne’s Princess Theatre hosts the biggest musicals and theatrical performances in the city annually. But it also has a resident ghost: actor Frederick Federici, who, in March 1888, while performing in the theatre’s production of Faust, suffered a heart attack while descending through a trapdoor. Some of Australia’s most famous performers, including Bert Newtown, Lisa McCune and Marina Prior, have all reported seeing a spirit at the theatre. However, Frederici is known (like Casper) as a friendly resident ghost, and the theatre has a tradition of saving him a seat on every opening night.
Open In Google Maps
163 Spring Street, Melbourne, Victoria, 3000, Australia
+61392999800
Visit Website
Give us feedback 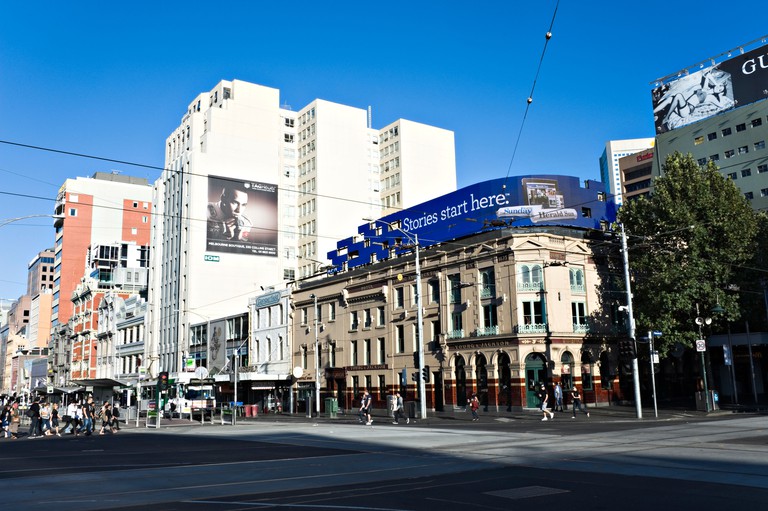 © idp australia collection / Alamy Stock Photo
It’s reported that, in the late 19th century, several prostitutes were murdered near Young & Jackson, one of Melbourne’s oldest pubs. Unfortunately, their deaths were hardly noticed by authorities at the time. Since then, men have reported seeing a female ghost hanging around outside the pub, which people believe belongs to one of these prostitutes. One report says that although she appears as a beautiful woman, when you look closer you can see her throat has been slit.
Open In Google Maps
1 Swanston Street, Melbourne, Victoria, 3000, Australia
+61396503884
Visit Website
Give us feedback 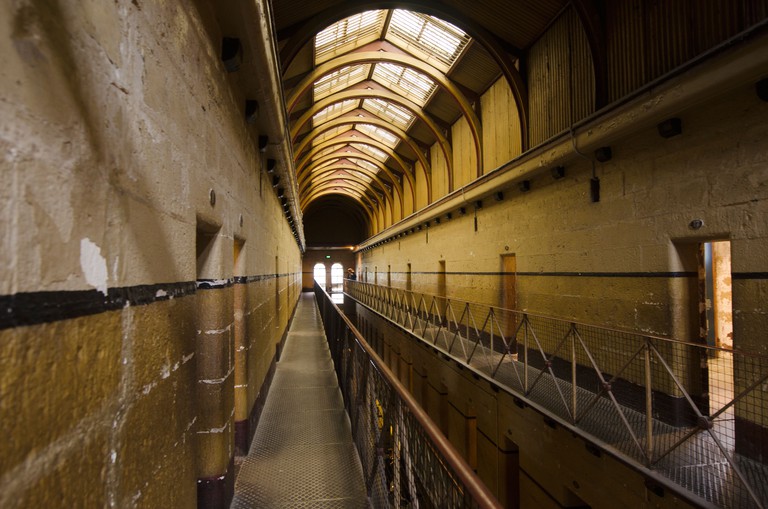 © Rafael Ben-Ari / Alamy Stock Photo
In the 19th century, the Old Melbourne Gaol dominated the Melbourne skyline as a “symbol of authority”. It was operational from 1842 to 1929, during which time 133 hangings took place. The jail’s most infamous inmate was Australian bushranger, Ned Kelly. There are several different night tours operating at the building, including A Night in the Watch House and Ghosts? What Ghosts!, for people who want to learn more about the ghost stories. Finally, there’s the Hangman’s Night Tour, hosted by a real hangman.
Open In Google Maps
377 Russell Street, Melbourne, Victoria, 3000, Australia
+61396569889
Visit Website
Give us feedback

Building
Facebook
Email
Twitter
Pinterest
Copy link
Share
Map View
Larundel, in Bundoora, was operational as a mental hospital from 1953 to 1999 and could house up to 750 patients at one time. When it closed, the buildings became derelict. Although there is no general public access, vandals, squatters and ghost hunters still enter the site at their own risk. People have reported hearing loud banging, crying and children laughing. The site is currently being transformed into a housing development.
Open In Google Maps
Plenty Road, Bundoora, Victoria, 3083, Australia
Visit Website
Give us feedback

Cinema
Facebook
Email
Twitter
Pinterest
Copy link
Share
Map View
There have been reports that both number four cinemas at Jam Factory and Cinema Nova are haunted. Apparently, cinema four at Nova is haunted by a pale little girl’s ghost. She has been seen by cinema-goers running down the aisle. Meanwhile, Cinema Nova reports that some of its regulars now refuse to see any movie that’s screened in cinema four. Paranormal experts believe ghosts are attracted to cinemas because of the amount of electrical equipment, as they don’t have their own energy fields.
Open In Google Maps
380 Lygon Street, Carlton, Victoria, 3053, Australia
+61393475331
Visit Website
Give us feedback 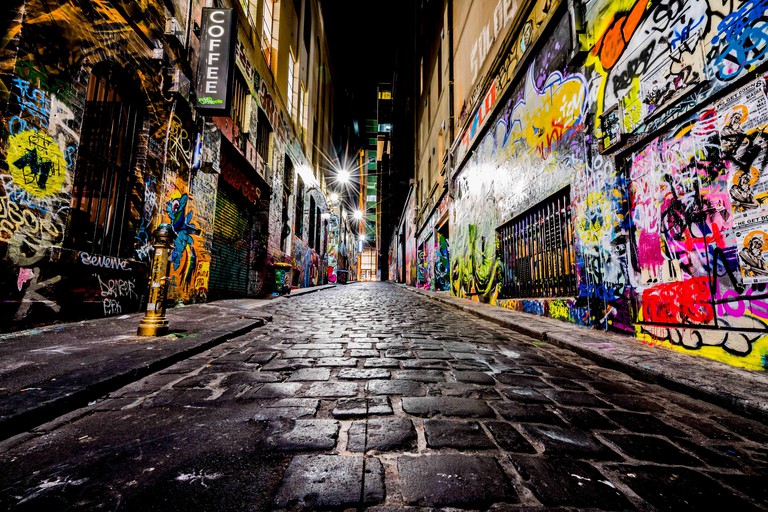 © Ben Gale / Alamy Stock Photo
Hosier Lane is known for its street art, and thousands of residents and visitors walk along the alley daily. However, after dark the area is said to be haunted by one main ghost. Local ghost tour experts believe the spirit belongs to Frederick Bailey Deeming, a Jack the Ripper suspect. Men have reported feeling cold hands around their neck while walking down Hosier Lane at night.
Open In Google Maps
Hosier Lane, Melbourne, Victoria, 3004, Australia
Give us feedback 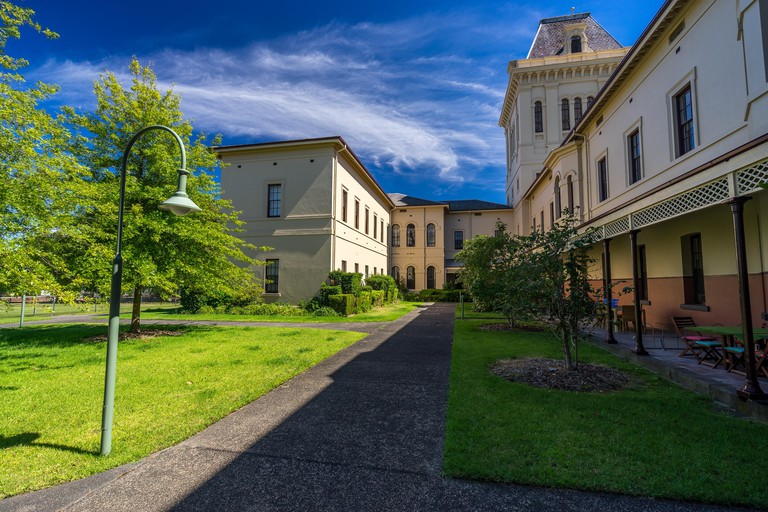 © Alexander Cimbal / Alamy Stock Photo
Originally known as Kew Lunatic Asylum, and later changed to Willsmere, one of Australia’s largest asylums was operational for more than a century – from 1871 to 1988, when the state government repurchased the buildings and the surrounding grounds. The asylum was then transformed into residential properties, but a stipulation was that the development had to preserve the original facade. Imagine the spirits haunting those corridors.
Open In Google Maps
21 Wiltshire Drive, Kew, Victoria, 3101, Australia
Give us feedback 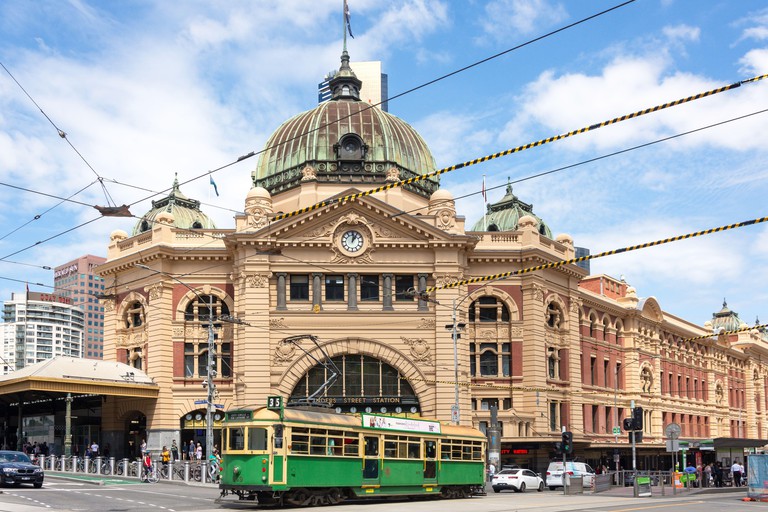 Flinders Street Station is the busiest train station in Melbourne, with nearly 100,000 daily commuters passing through its gates. But once the platforms quieten down at night, people have reported seeing the ghost of a fisherman, who the station staff have nicknamed George. He’s been seen standing on platform 10, and outside the station with his fishing rod. The Yarra River was once a popular fishing spot, so George is thought to have accidentally drowned in the river.