The Top 5 Pizza Places In Perth

The Top 5 Pizza Places In Perth

Stones Pizza markets itself as ‘what happens when chefs open a pizza shop’, a testament to the gourmet care and attention invested by chef Brandon Farrell and his team in their product. Premium gourmet ingredients and creative, fashionable combinations fill every inch of this menu, perhaps most of all in their Pizza of the Week, which uses the pie as an empty canvas to invent one-of-a-kind creations like the Truffle Shuffle, the Snail Away and over 400 other unique combinations never seen on a slice before or since. Other avant garde offerings include the Garden of Vegan (cheeseless, with rosemary potatoes, sweet potato, spinach, artichoke, red onion, kalamata olives, sweetcorn and basil) and the Hicksville (house-smoked Hickory onions with cherry tomatoes, mushrooms, chévre and fontina cheeses, and basil). For something meaty, you’ll be floored by the ‘Sir’ Guinness (braised beef, caramelised shallots, mushroom and bacon with Guinness jus) and the Devine Lamb (prime leg of lamb on vine leaf with red onion, haloumi cheese, tomato and kalamata olives, drizzled with tzatziki). 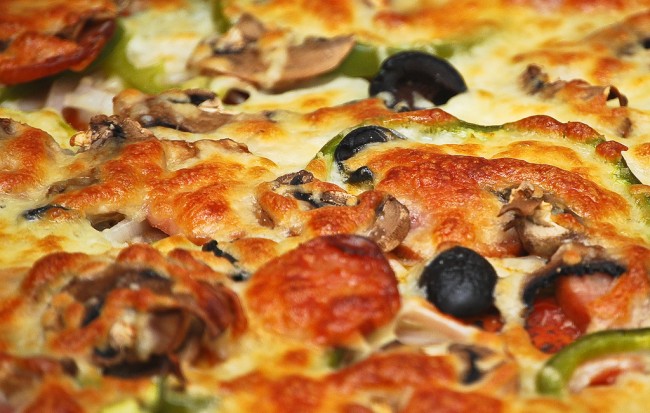 Capturing the spirit of New York style pizza bars, just as much social hubs and nighttime hangouts as places to eat, Ace Pizza on Beaufort Street in Highgate is an excellent date spot and weekend den for mates. Take a seat in one of the green vinyl booths underneath the ambient, clubby lighting, and feast on the equally green vegetarian Spear Hunter (wood-roasted asparagus, smoked scarmorza, pecorino and black pepper), or dig into the hearty toppings of the Nuclear Pig (spiced pork sausage, charred chili, mushrooms, smoked ricotta, basil and mozzarella).

On Anvil Avenue in Mt Hawthorn you’ll find Neighborhood Pizza, an industrial style pizzeria plating up some of Perth’s most mouth-watering slices. Its popularity with locals gives it a steady bustling vibe, which is further encouraged by long, communal tables where disparate diners can become fast friends. The menu has 13 regular pizzas and one rotating monthly special, with toppings ranging from artisan cheeses and local meats to exotic and out-there ingredients, showing a surprising level of craft in contrast to their minimalist warehouse set-up. Standouts include the sweet potato pizza with rosemary, feta and maple syrup, and the speck pizza with pineapple, fresh tomato and jalapeño. 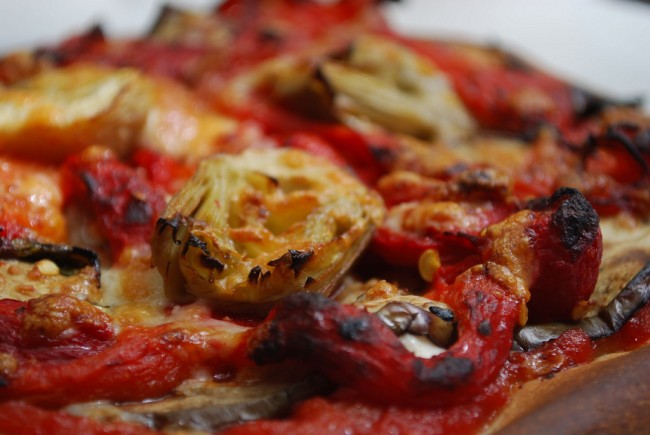 Pizzeria, Restaurant, Diner, Vietnamese, $$$
Hiding in plain sight on Northbridge’s William Street amongst an array of Vietnamese restaurants, Dough Pizzais a retro diner-style pizzeria with a total devotion to dough. Inspired by the authentic aromas, taste and craftsmanship of Naples street pizza, Dough’s chefs split their menu into classic rosse (tomato) and bianche (cheese) bases. This Southern Italian influence is clear not only in the taste, technique and consistency of the pies, but in quality of service and gracious hospitality that permeates the whole space. Surrounded by sweet, classic décor like vintage movie posters over red brick walls, patrons can take their time choosing from the 23 pizzas on this packed menu. Highlights include the Parmigiana (margherita, crumbled Italian sausage, sauté eggplant) and the Capricciosa (margherita, ham, mushrooms, artichokes, olives), while a vegetarian’s gaze might linger on the Ortolana (bianca, pumpkin, cherry tomato, eggplant, capsicum).
More Info
Open In Google Maps
434A William Street, Perth, Western Australia, 6000, Australia
+61892280444
View menu
Visit website
Visit Facebook page
Send an Email
Give us feedback
Give us feedback